When the Sydell and Arnold Miller Family Heart & Vascular Institute Pavilion was constructed on Cleveland Clinic’s main campus in 2008, space for expansion was intentionally built in.

The building was one of the first to unite all aspects of care in one location, including 16 operating rooms, labs, physician offices and patient rooms. However, because Cleveland Clinic sees more patients for heart and vascular care than any other hospital in the nation, the need for additional operating rooms quickly became a priority – specifically, robotic operating rooms that will feature the latest technology.

Soon, thanks to generous charitable giving, construction will begin on two new robotic operating rooms with a projected completion date of 2020. The capital project has had broad support from donors who are excited about the opportunity to contribute to a tangible use of funds with an immediate impact. An anonymous donor initiated the fundraising effort, along with a $1 million gift from J.B. Hunt Transport Services, Inc., a trucking company based in Lowell, AR, to name the rooms The J.B. Hunt Robotic Operating Suite.

John Roberts, president and CEO of J.B. Hunt, says many of the company’s employees have received outstanding care through Cleveland Clinic’s Centers of Excellence. “We’re excited that this new facility will advance the opportunities available to them, their families, and others seeking best-in-class medical treatment,” he says. “As American Heart Month kicks off, we are reminded of the significance top-rated institutions like Cleveland Clinic have on creating a better tomorrow for our communities.”

What is Robotic Surgery?

“Robotic surgery represents a major advancement in cardiac treatment,” says Marc Gillinov, MD, –and he should know: Dr. Gillinov performs more mitral valve surgeries each year than any other surgeon in the world.

As Chairman of the Department of Thoracic and Cardiovascular Surgery, one of Dr. Gillinov’s top priorities is continuing the innovation that allows Cleveland Clinic to remain at the forefront of robotic cardiac surgery. The leading edge technology in the da Vinci® surgical robot systems include a console where the surgeon sits and operates the robot’s controls while looking into a stereoscopic monitor that provides a magnified, high definition 3-D view of the surgical site.

In 2017, 143 robotic surgeries were performed at Cleveland Clinic, including mitral and tricuspid valve repair or replacement, repair of atrial septal defects (a hole in the heart’s dividing wall), the Maze procedure for atrial fibrillation and cardiac tumor removal. Cleveland Clinic cardiac surgeons were among the first to recognize the advantages of robotic surgery and are pioneers in the field. In fact, last year’s Medical Innovation Summit listed robotic surgery among the Top 10 Medical Innovations for 2019.

We’re grateful for the support from our donors because it helps us save lives.

Eight years ago, in 2011, Cleveland Clinic researcher Stanley Hazen, MD, PhD and his team were studying byproducts of cell metabolism — metabolites — to determine whether they may affect cholesterol and heart disease. They discovered an interesting candidate: a metabolite called trimethylamine-N-Oxide (TMAO) that is produced by bacteria that occur naturally in our digestive tracts. Blood levels of TMAO were associated with subjects with cardiovascular disease, and in preclinical models, TMAO fostered cardiovascular disease development. These initial studies have been credited as the first discovery showing a causal link between gut microbes and heart disease.

Today, this research initially spearheaded by Dr. Hazen and his team – and subsequently replicated around the world – has led to the development of a powerful diagnostic tool that may ultimately help predict future heart attack, stroke and death risks.

Dr. Hazen is chair of the Department of Cardiovascular and Metabolic Sciences in the Lerner Research Institute and is co-section head of Preventive Cardiology & Cardiac Rehabilitation in the Sydell and Arnold Miller Family Heart & Vascular Institute. As a physician with a PhD in biophysical chemistry, and specialty training in diabetes, endocrinology and metabolism, he doesn’t specialize in digestive disease research but throughout his career has boldly followed wherever his research led him. “In the lab, you have to be scientifically fearless,” he says.

Dr. Hazen continued exploring TMAO and in 2013 made additional groundbreaking discoveries that would challenge existing beliefs about diet and heart disease. Additional investigation showed that when the nutrients carnitine and choline (found in red meat and egg yolks) are ingested, gut microbes make TMAO as a byproduct, which can be found in the blood stream.

Dr. Hazen theorized that blood levels of TMAO in patients who have higher TMAO levels, even if without symptoms or known disease at time of blood draw, would be at greater risk to develop cardiovascular disease in the future. Indeed, he found in a large patient sample (over 4000 patients) that elevated blood TMAO levels led to a higher three-year risk of heart attack, stroke and death. This transformational discovery offered a possible explanation of why typical Western diets lead to poorer heart disease outcomes, and suggested that popular carnitine supplements may not be heart healthy. They also point to new mechanisms for heart disease, and new ways to personalize risk prediction beyond traditional risk factors. The remarkable nature of the discoveries was recognized by the American Heart Association, and the American Stroke Association, awarding Dr. Hazen and the seminal studies the “Discovery of the Year 2013” award.

By 2014, a laboratory test for TMAO, previously only available for research purposes, now was available for patient use in clinical care as a diagnostic blood test. This also helped enable investigators around the world to begin exploring the effects of TMAO in other patient populations. As of July 2017, a major heart journal in Europe reviewed research involving TMAO testing of subjects in studies around the world and reported the striking diagnostic link between high TMAO levels and future risks of developing cardiovascular disease, and mortality risks. 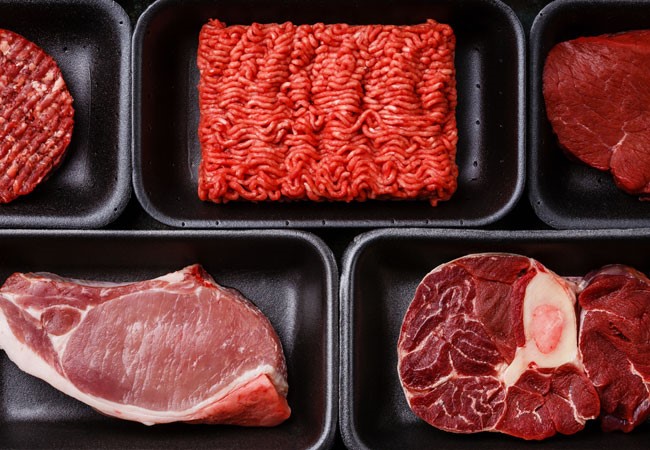 Dr. Hazen’s group has continued to work on studies detailing mechanisms of how TMAO is linked to heart disease development, and clotting risks (heart attack and stroke risks). Their studies also have allowed them to hone in on the types of bacterial species involved in the process, and devising ways to target the microbe enzymes responsible for generating TMAO with drug-like therapies. Further clinical studies over these years also showed additional links in TMAO and development of heart failure, renal disease, and thrombosis (blood clotting) in patients, partnered with preclinical model and mechanism studies dissecting how and why this compound is a new major recognized contributor to heart disease.

Most recently, in December, 2018, Dr. Hazen and his team published new findings confirming that a diet consisting of red meat as the primary protein source significantly increases circulating TMAO levels, compared to diets with white meat or non-meat as protein sources. He also showed that the meat-rich diet caused a decrease in the efficiency of the kidneys to remove TMAO.

“This was the first study, to our knowledge, to show that the kidneys can change how effectively they excrete different compounds — other than salts and water — depending on the diet consumed,” says Dr. Hazen.

Exploration with an Open Mind

Cleveland Clinic researchers like Dr. Hazen, who holds the Jan Bleeksma Chair in Vascular Cell Biology and Atherosclerosis, need funds for high-risk projects to explore the most advanced ideas. When these preliminary studies produce convincing results, physicians and researchers then can apply for major grants from the National Institutes of Health and other sources.

Dr. Hazen and his colleagues at the Lerner Research Institute exemplify Cleveland Clinic’s approach to discovery: Cross-disciplinary. Driven by creativity and curiosity. Focused on the greatest healthcare needs.

And, perhaps most important, the willingness to follow where science leads them.

We’re grateful for your gift that helps save lives by supporting groundbreaking research like Dr. Hazen’s.

Board-certified art therapist Lisa Shea, ATR- BC, helps patients with terminal cancer create original works of art that will serve as mementos for loved ones.

Examples include fingerprint necklaces, recorded audiobooks and 3D plaster castings of a patient’s hand holding the hand of a loved one.

Thanks to funding from the inaugural round of the Cleveland Clinic Annual Fund grant program, Lisa will be able to help more Taussig Cancer Institute patients create these legacy projects.

Lisa was one of 29 Cleveland Clinic caregivers who received grants for projects guaranteed to make a difference within one year.

Projects are selected by a review board led by Cleveland Clinic Chief of Staff, Herbert Wiedemann, MD. Throughout 2018, numerous fundraising campaigns — including direct mailings, online donation forms and a calling program — raised money for this new grant program. One hundred percent of all donations to the Cleveland Clinic Annual Fund support the winning projects.

Dr. Wiedemann says the Annual Fund demonstrates an organizational commitment to innovative and motivated caregivers in every location and role at Cleveland Clinic. “I was impressed,” he says, “with the caliber of the submissions and look forward to watching this program, and the projects it launches, grow over the coming years.”

Lisa says she got the idea for the legacy projects when a patient she had grown close to expressed a deep-seated concern.

“He had children of varying ages, and was worried his youngest son wouldn’t remember him,” Lisa says. Their conversation turned into a series of legacy projects that brought the whole family together.

Lisa says art therapy “is not just about the product. It’s about the process. I view the art as a vehicle for connection."