Going to a Cleveland Clinic location?
2 visitors (ages 18+) now allowed daily
Masks are required for patients and visitors (even if you're vaccinated)

Rheumatoid Arthritis: How to Treat

Rheumatoid arthritis is a type of chronic (ongoing) arthritis that occurs in joints on both sides of the body, such as hands, wrists and knees. The short-term goals of rheumatoid arthritis medications are to reduce joint pain and swelling and/or to improve joint function. The long-term goal is to slow or stop the disease process, particularly joint damage.
Rheumatoid Arthritis: How to Treat

What is rheumatoid arthritis?

In addition to affecting the joints, rheumatoid arthritis may occasionally affect the skin, eyes, lungs, heart, blood, nerves or kidneys.

What are the goals of treating rheumatoid arthritis?

The most important goal of treating rheumatoid arthritis is to reduce joint pain and swelling and to maintain and/or improve joint function.

The long-term goal of treatment is to slow or stop the disease process, particularly joint damage, which can be seen on X-rays. Once joint inflammation is controlled, pain will be reduced. 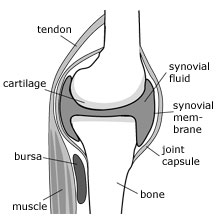 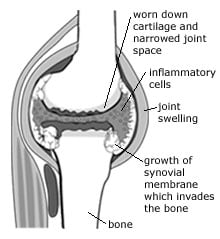 In the past, many doctors did not believe that drugs for rheumatoid arthritis changed the likelihood of eventual disability from the disease. Therefore, drugs with the fewest side effects were prescribed to decrease pain. Stronger drugs were avoided because of doctors' concerns about dangerous side effects.

Now, however, doctors know that early treatment with certain drugs can improve the long-term outcome for most rheumatoid arthritis patients. Numerous drugs that have been shown to be effective are being used soon after the patient is diagnosed. Combinations of drugs are proving to be more effective than a single drug therapy and, in recent studies, have been found to be just as safe as single-drug treatment.

What drugs are used to treat rheumatoid arthritis?

The drugs used to treat rheumatoid arthritis can be divided into three groups:

DMARDs are used both alone and in combination. Methotrexate, for example, is often used as a major part of a combination drug regimen, which includes low doses of corticosteroids (such as prednisone or cortisone) as well as other drugs. Treatment to improve symptoms may require four to six weeks of methotrexate, one to two months of sulfasalazine, and two to three months of hydroxycholoroquine.

Inflammatory cells in the joints are involved in the development of rheumatoid arthritis itself. The biologic agents cut down the inflammatory process that ultimately causes the joint damage seen in rheumatoid arthritis. The older DMARDs work one step further out than the biologics; they work by modifying the body's own immune response to the inflammation. By attacking the cells at a more specific level of the inflammation itself, biologics are considered to be more effective and more specifically targeted. The biologic agents include etanercept (Enbrel®), infliximab (Remicade®), adalimumab (Humira®), anakinra (Kinaret®), abatacept (Orencia®), rituximab (Rituxan®), certolizumab pegol (Cimzia®), golimumab (Symponi®), tocilizumab (Actemra®) and tofacitinib (Xeljanj®). Some of the biologics are used in combination with the traditional DMARDs, especially with methotrexate.

How well do the drugs work? Are they dangerous?

All the drugs used to treat rheumatoid arthritis have been tested and have been proven useful in patients who have the disease. However, they all work on a different aspect of the inflammatory process seen in rheumatoid arthritis and their use – as well as their side effects -- depends on the current disease status of each patient and any associated medical problems that a patient may have. The effectiveness and the risks of drugs are considered when your rheumatologist plans your treatment.

If a drug is very effective in treating an illness but causes a lot of side effects, it is not an ideal treatment for long-term use. For example, high doses (15 to 20 mg or more per day) of corticosteroids can make people with rheumatoid arthritis feel dramatically better. However, high doses of corticosteroids may cause serious side effects when taken over many months or years. Steroids have many possible side effects, including weight gain, worsening diabetes, promotion of cataracts in the eyes, thinning of bones (osteopenia and osteoporosis), and an increased risk of infection. Thus, when steroids are used, the goal is to use the lowest possible dose for the shortest period of time.

(Note: DMARDs and biologic agents interfere with the immune system's ability to fight infection and should not be used in people with serious infections.)

How will my doctor choose drugs that are right for me?

Your doctor will work with you to develop a treatment program. The drugs your doctor prescribes will match the seriousness of your condition.

Your doctor will combine the results of your medical history, physical exam, X-rays and blood tests to create your treatment program. The doctor will also consider your age, sex, physical activity, other medications you are taking and any other medical conditions you may have.

Did you know Cleveland Clinic offers health and wellness programs that can help you manage your pain?