The Power of Vitamin C 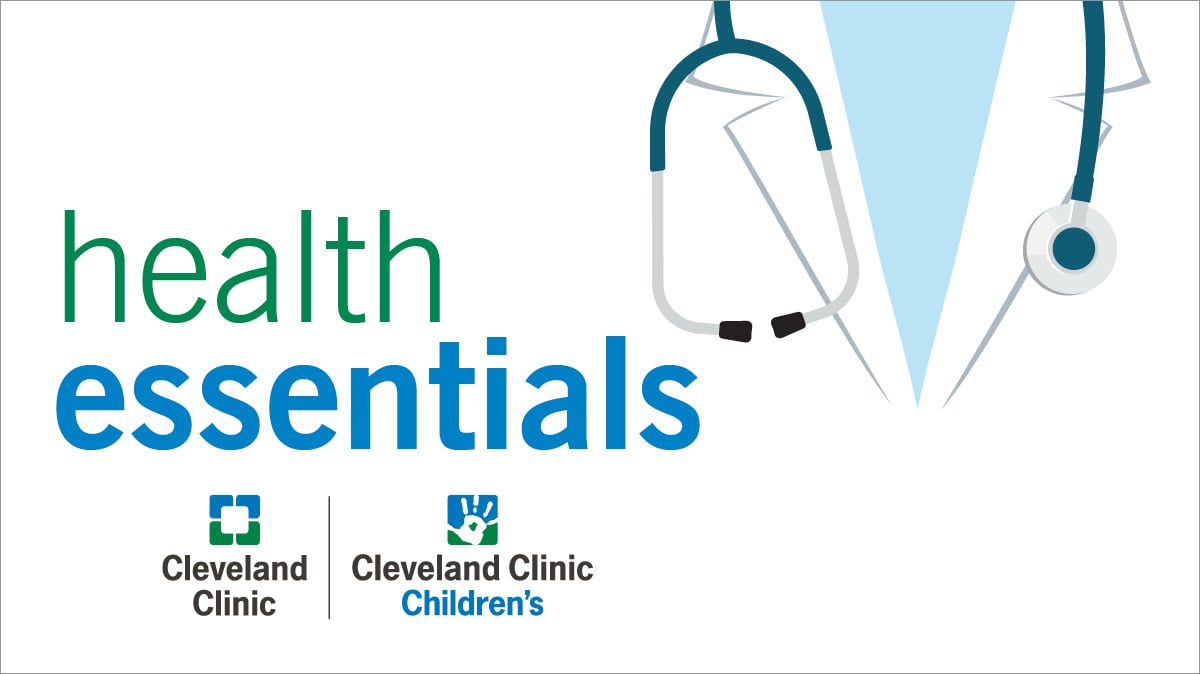 You probably know how vitamin C can boost your immune system. But did you know it offers numerous other benefits, too, especially for children? Pediatric immunologist John McDonnell explains the good vitamin C can do, plus whether your family should consider supplements to get more of the nutrient.

The Power of Vitamin C

John Horton: Hey, there, and welcome to another Health Essentials podcast. I'm John Horton, your host. Today, we're going to talk about vitamin C and why it's so important, especially for the kiddos. Here's the thing about vitamin C: We all know that it's good for us, but when you really look at everything that it does, well, it's a bit mind blowing. We're going to learn more about vitamin C and its many powers from pediatric immunologist, John McDonald. Dr. McDonald is one of the many experts at Cleveland Clinic who pop into our weekly podcast to share their medical wisdom. So, pour yourself a glass of OJ,it's a fabulous source of vitamin C, and listen in. Hey, Dr. McDonald, welcome back to the podcast. Always great having you on the show.

John McDonald: Great to be here, John. Thank you.

John Horton: Hey, I have to say, you have a more unique background out of a lot of the doctors that I talk with, in that you spent seven years in the U.S. Navy. That had to be quite an adventure.

John McDonald: It was great. I got to do things and see things I would probably have never done. I'm a homebody by nature. Being in the Navy, I really did go and see the world and have experiences I couldn't have otherwise. So it was a great thing for me.

John Horton: Well, the Navy also makes me immediately think of sailors and scurvy, which was from a lack of vitamin C. I take it that's not a problem anymore.

John McDonald: Not so much anymore. They have a nice healthy dietary option, but it certainly was a big problem historically.

John Horton: All right, well glad to hear that that's been knocked out. So let's jump into vitamin C and let's talk about why it is so important for us and particularly for children.

John McDonald: Yeah, so as an immunologist, I love vitamin C because it's very important for the proper functioning of your immune system. So it helps your immune cells get to the site of infection, helps the immune cells kill whatever's infecting your body like when you have a cold or something. And it helps limit collateral damage to your tissues when you have an infection like damage from the immune system attacking. So it's very good for the immune system. It also has important roles in wound healing, the nervous system, in bones and teeth. And for developing children, developing bodies, it's really a super important thing. So vitamin C is an extremely important vitamin that you need to have the proper amounts of.

John Horton: So you're saying mom was right when she said, "Hey, you're starting to sound a little rough, you got to drink a glass of orange juice here."

John McDonald: I think moms in general are right, at least I always try to make it seem like I think they're right! But yeah, no, I mean, it's an important thing to have the required recommended daily allowance for sure. So mom is definitely right about that.

John Horton: All right, well as you said it, it's amazing how much vitamin C can do for you. Clearly, it's something that people need. And that brings up another question, which is: Do kids get enough vitamin C in their diet?

John McDonald: Yeah, I think the general consensus is that most kids do. It's in the typical American diet, there's plenty of foods where you're getting vitamin C. However, we do have certain patient populations where it might be more of an issue. For example, children with autism who have highly restricted diets may not actually get enough vitamin C in with what they're eating. And especially more on the adult side of things. Grownups who don't have a proper diet or who have drug alcohol problems, it affects their dietary intake of vitamins, can certainly have problems with vitamin deficiency, and vitamin C is included in that. But generally, most kids who eat at standard American diet and are otherwise pretty healthy are probably getting enough of it.

John McDonald: I would say so, yeah, you can certainly track it to know for sure, but I think once you see that you're getting the recommended daily allowance, and you probably are, you're OK. Yeah.

John Horton: Well, what are some foods that are high in vitamin C? I know we touched on orange juice, which is the one thing that I think everybody knows, but what are some other places we can get that?

John McDonald: A variety of fruits and vegetables. Both will have vitamin C in them. So those are the most important dietary sources.

John Horton: On that then, when we're talking about whether kids are getting enough, should you ever consider giving kids supplements or vitamins with extra vitamin C?

John McDonald: Yeah, I think if you're worried ... so there's a lot of controversy actually in the medical literature whether or not a daily multivitamin is ever something that has enough evidence for you to recommend. But it is certainly not harmful to take one daily multivitamin. So if you're concerned about your vitamin C for yourself or your child, it's a pretty benign thing to take the daily recommended multivitamin at the dosing that's on the label. You don't want to do too much, so that's fine. I would say, particularly for children, again, where you have those populations that you're more worried about children with autism, children with dietary issues where they're just not eating enough or you think that their diet's too restricted, it's very reasonable to start them on a daily supplementation. And that's different than the replacement therapy we would put someone on. If we actually diagnose them with vitamin C deficiency, that would be a separate thing. This is more like a prophylactic preventative.

John Horton: Is there a way that you would know that somebody was deficient in vitamin C? I mean, we talked about the scurvy and sailors. I don't know if there's something a little more modern that we can tap into here.

John McDonald: We can get vitamin levels. It's not commonly done, at least not in allergy, my field, but you can definitely check someone's vitamin levels and see if there's a deficiency there.

John McDonald: So, the symptoms of too high vitamin C can include diarrhea, bloating, kidney stones, heart rhythm issues. So there's a whole host of issues that can come from doing way too much vitamin C, but this wouldn't be taking one or two multivitamins a day. This would be taking more than that. Your body tries to get rid of vitamin C through your kidneys. So a lot of the problems, again with the kidney stones and stuff is happening because the vitamin C is trying to get rid of it through the kidneys and there's too much of it to get rid of.

John Horton: Stupid question. We talked about how it can help with the immune system. How fast does it work? Because I know, instantly you start feeling those sniffles coming on, you start pouring yourself glasses of OJ. I mean is it that magical or it's going to just right away, bam, start working.

John McDonald: So unfortunately, the medical studies that have been done in this area, some papers written have suggested that vitamin C does help decrease the severity of a cold. Other papers written have contradicted that. So maybe the truth is somewhere in between, I don't know. But no question, that if you're taking vitamin C and it makes you feel better and it helps you, then I'm all for it. Again, it's a healthy vitamin that you should take in the proper amounts. I don't think that there's probably a lot of value the people at the smoothie shacks will be mad at me for saying this but getting these smoothies with the immune boosting extra vitamin C is probably not doing much for you except draining your bank account. But getting the daily recommended allowance, there's no question that that's super important.

John Horton: We've definitely covered a lot of ground Dr. McDonald, is there anything else that we missed or that we should cover?

John McDonald: No, I think we had a good discussion. I would just say vitamin C, it's very important. You should definitely try to get the recommended daily allowance. Probably not a huge benefit of doing much more than that. Your body needs it just enough. Too much is too much and not enough is not enough. If that makes sense.

John Horton: It absolutely does. So you always put everything in a perfect context for us. Thanks again for stopping by.

John McDonald: Sure, it's my pleasure.

John Horton: So, there you have it. Vitamin C is packed with body-boosting benefits that make it good for you and absolutely crucial for children. So pour a glass of OJ for everyone at the table for breakfast tomorrow. Til next time, be well.

Speaker 3: Thank you for listening to Health Essentials, brought to you by Cleveland Clinic and Cleveland Clinic Children's. To make sure you never miss an episode, subscribe wherever you get your podcasts or visit clevelandclinic.org/hepodcast. This podcast is for informational purposes only and is not intended to replace the advice of your own physician. 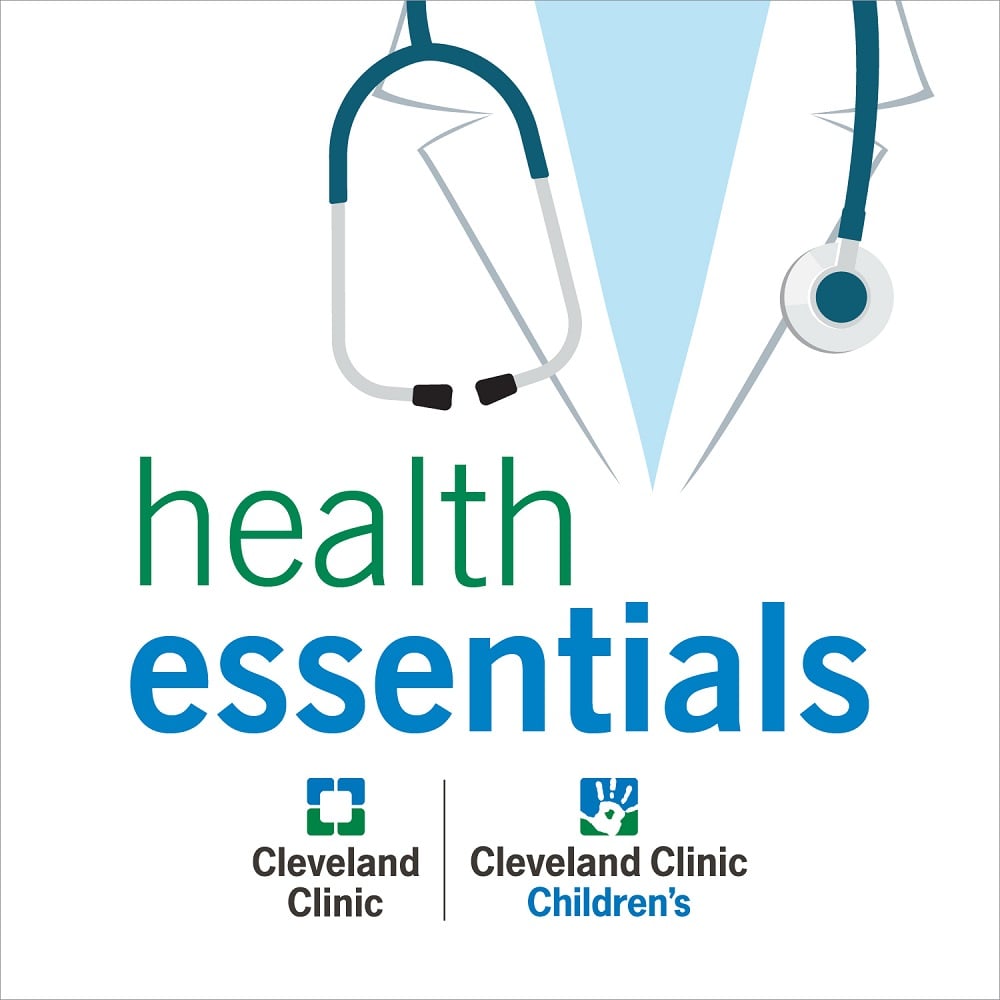 Tune in for practical health advice from Cleveland Clinic experts. What's really the healthiest diet for you? How can you safely recover after a heart attack? Can you boost your immune system?

Cleveland Clinic is a nonprofit, multispecialty academic medical center and is ranked as one of the nation’s top hospitals by U.S. News & World Report. Our experts offer trusted advice on health, wellness and nutrition for the whole family.

Our podcasts are for informational purposes only and should not be relied upon as medical advice. They are not designed to replace a physician's medical assessment and medical judgment. Always consult first with your physician about anything related to your personal health. 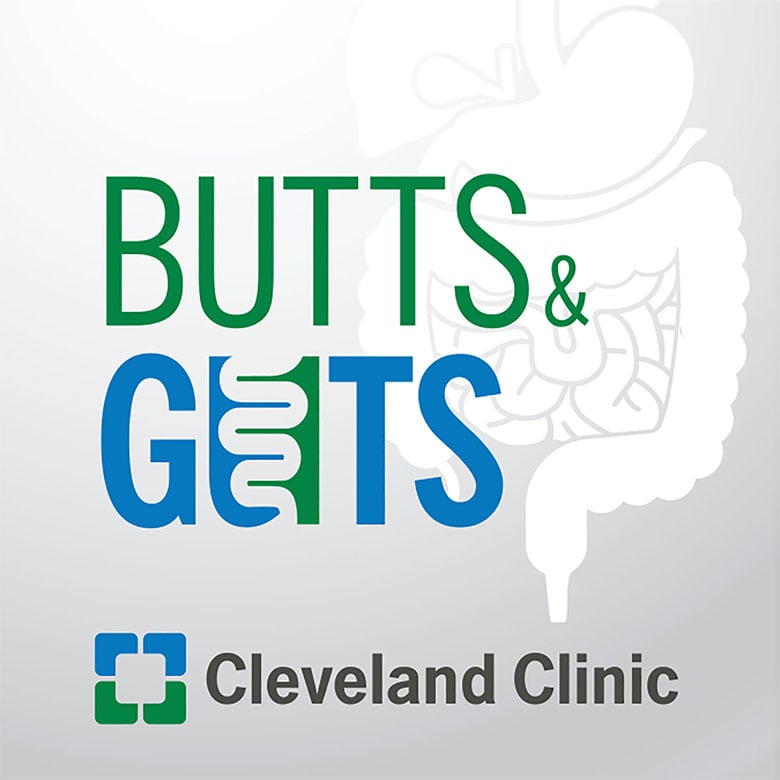 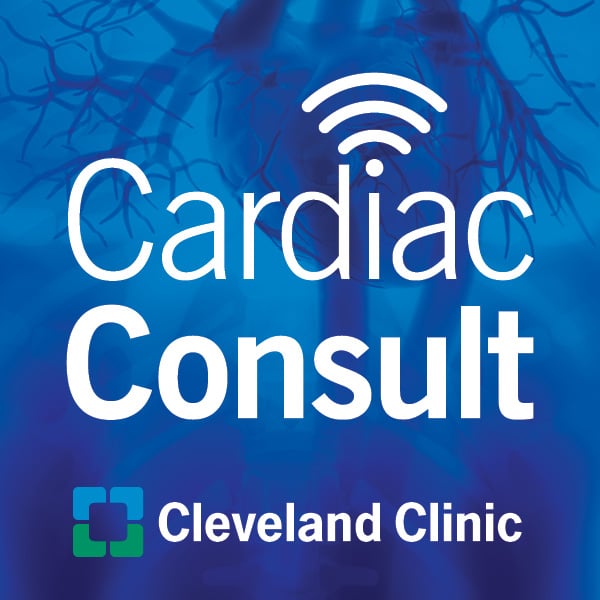 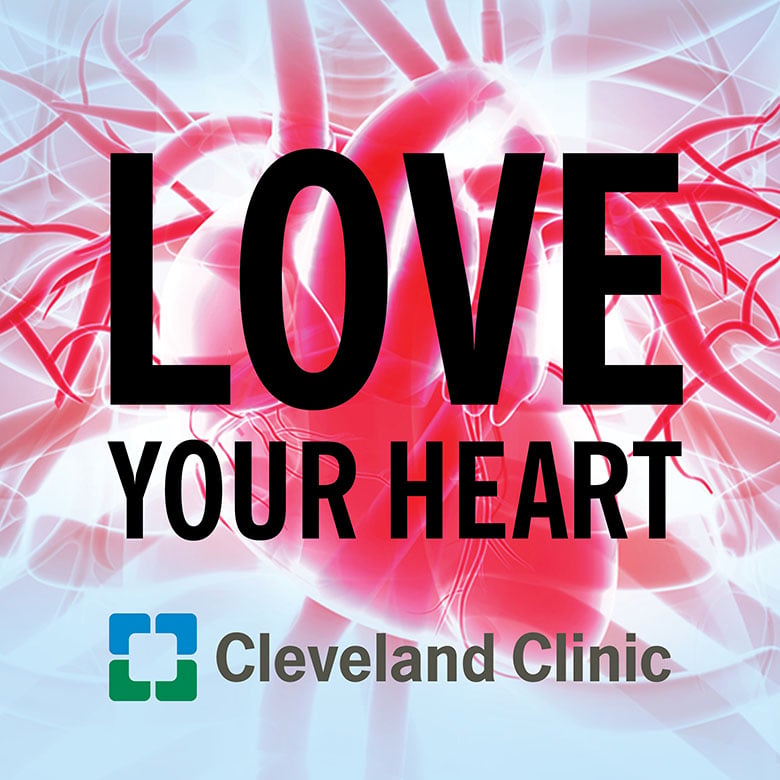 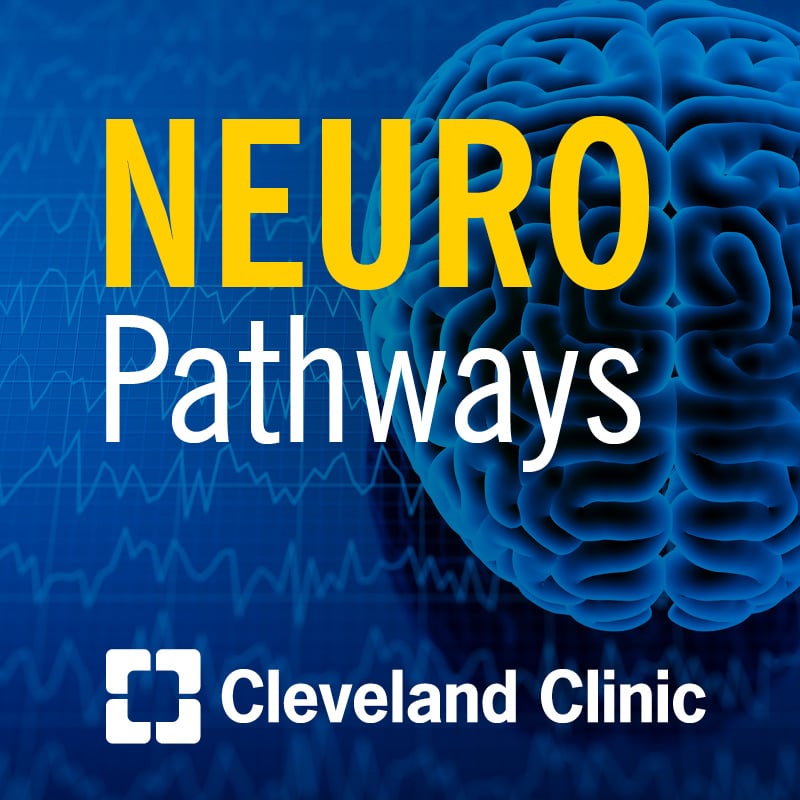