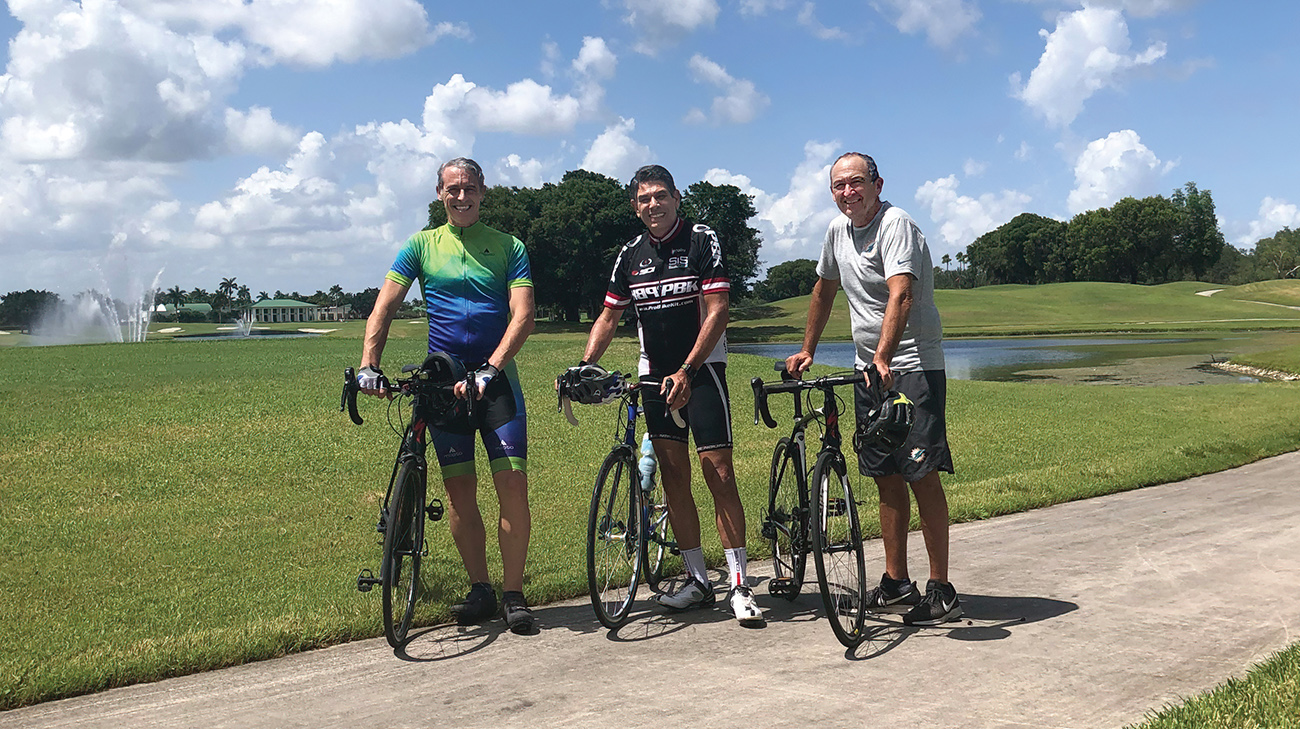 Jaime Rodriguez, MD, a maternal-fetal medicine specialist at a healthcare system in South Florida, has dedicated his career to taking care of others. But when he was the one who needed help, his colleagues in medicine were there for him.

In 2007 Dr. Rodriguez, a former competitive cyclist, was out on one of his regular early morning bike rides when he collapsed on the road. He required cardiac resuscitation on the scene and was rushed to Cleveland Clinic Florida Weston Hospital where his cardiologist, Howard Bush, MD, performed a coronary catheterization that revealed a blocking of the stents he had received six years earlier. An intra-aortic balloon pump (IABP) was implanted, and he was rushed to the operating room where he underwent quadruple coronary bypass surgery. He had suffered a massive heart attack on that ride, which severely damaged his heart.

Dr. Rodriguez, who was 50 at the time, had been dealing with coronary artery disease since he was 43 years old. “I had gone back to cycling and riding my bike at a competitive level to improve my heart health,” he says. But his predisposition to heart disease was strong – both his father and his grandfather had died from it, at 52 and 53 years old, respectively.

Dr. Rodriguez’s health remained stable for several years after the biking incident. The damage to his heart, however, slowly progressed to heart failure and malignant arrhythmia, requiring the implantation of a cardioverter-defibrillator and advanced heart failure management under the care of cardiologists at Cleveland Clinic Florida.

“My prognosis was that the damage would worsen with age,” he says. “I had a feeling I was going to end up needing a transplant – it was always in the back of my mind. But I was doing well, still able to ride a bike, work and live a happy life. So, I thought, ‘Let’s not think about the transplant now.’”

“I am very grateful to the organization and the transplant care doctors – they have become my friends and partners in this ride of a lifetime.”

Dr. Rodriguez’s heart muscle had deteriorated to the point where a transplant was the only solution. He was admitted to the ICU, where he was intubated for a few days and then required an IABP support to stabilize his condition while he waited for a donor heart that would be compatible for him.

“I had suffered so much that I was welcoming the idea by then,” Dr. Rodriguez says of overcoming his fear of the transplant. “I knew I had no choice – it was this or I wouldn’t make it.”

A suitable donor heart become available 10 days after he was admitted to the ICU. “It’s hard to describe how it felt to get that news,” Dr. Rodriguez says. “I realized how lucky I was.”

Nicolas Brozzi, MD, and Cedric Sheffield, MD, performed a complex cardiac reoperation to replace his worn-out native heart with a healthy donor heart. Dr. Rodriguez’s recovery was gradual, but steady, and he was discharged from the hospital within two weeks.

“He was determined to get through this operation and move on with life, back to his family and his work,” says Dr. Brozzi.

One year after his transplant, Dr. Rodriguez was back to working full-time, walking, running and cycling. He says exercising is easier now than before and he can do at least as much as, if not more, than anyone else his age.

Dr. Rodriguez has become very fond of his care team at Cleveland Clinic Florida in Weston and looks forward to seeing them at his follow-ups.

“The cardiac transplant team provides very personalized care,” he says. “They make you feel special. I am very grateful to the organization and the transplant care doctors – they have become my friends and partners in this ride of a lifetime.”