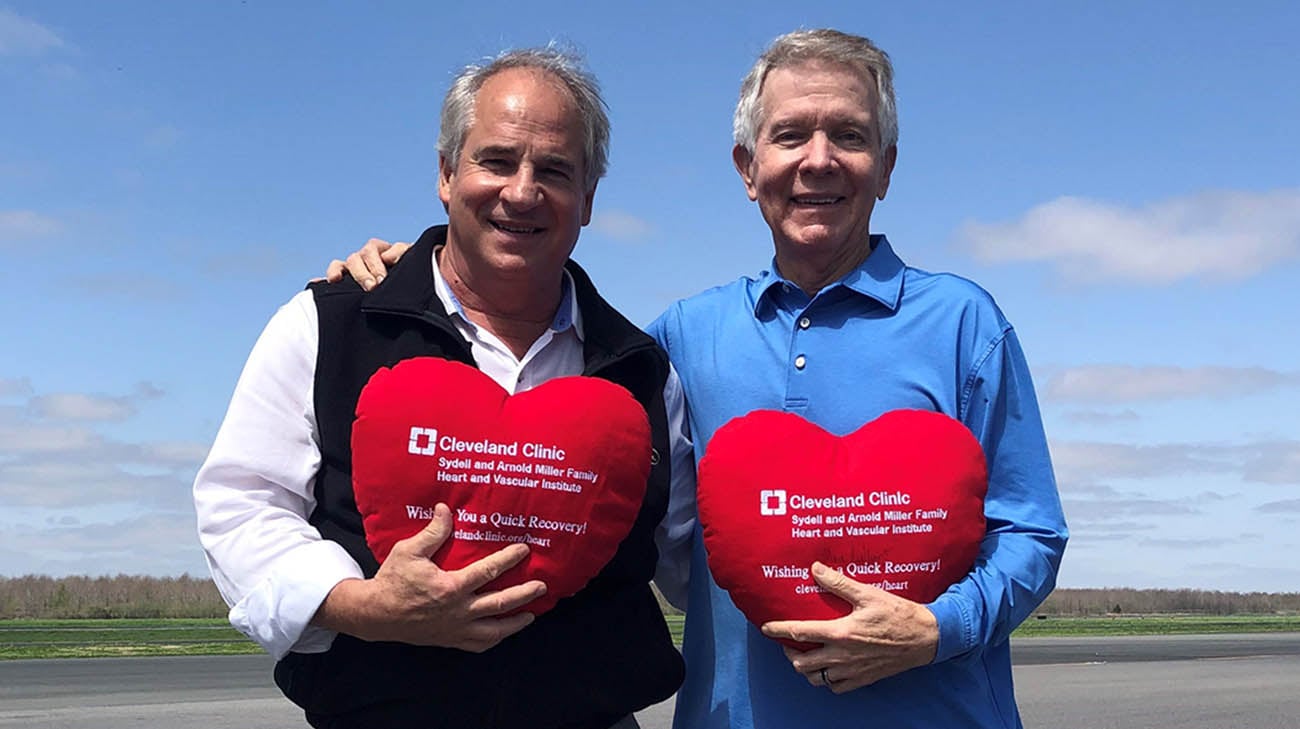 For years, best friends Steve Golding and Mark Nicholas have enjoyed spending time together. The Mississippi businessmen have taken adventures throughout the U.S. and the world. They’ve loaded up their horses onto a trailer and journeyed cross country. Their wives have also joined them traveling to Costa Rica’s Pacific Coast. While not as enjoyable as their usual expeditions, Steve, 71, and Mark, 64, have also undergone heart valve replacement surgeries on the same day at Cleveland Clinic.

“As fate turned out, we both got scheduled on the same date. It was just meant to be,” says Steve. “We flew up there together, did all of our pre-op together and our wives were able to support one another there, too. It made all the difference in the world to go through something like that with a friend.”

Mark feels similarly. “When Steve found out about my heart problem, he called me up and said, ‘I’m going to have mine done at Cleveland Clinic, and you need to go there.’ And I’m glad I did.”

Mark hadn’t experienced heart problems until 2020, a tumultuous time in his life. His sister died of brain cancer in October of that year, and Mark assumed the role of caregiver to their elderly parents. However, both his mother and father contracted COVID-19 and died within two weeks of each other in January 2021.

“I would come home from work and immediately fall asleep for two hours,” he recalls. “I lost my stamina. It was a stressful time, taking care of mom and dad and running a company. But I had no idea what was wrong.” A visit to a local cardiologist pinpointed the problems: a bad aortic valve and an aneurysm in his aorta. 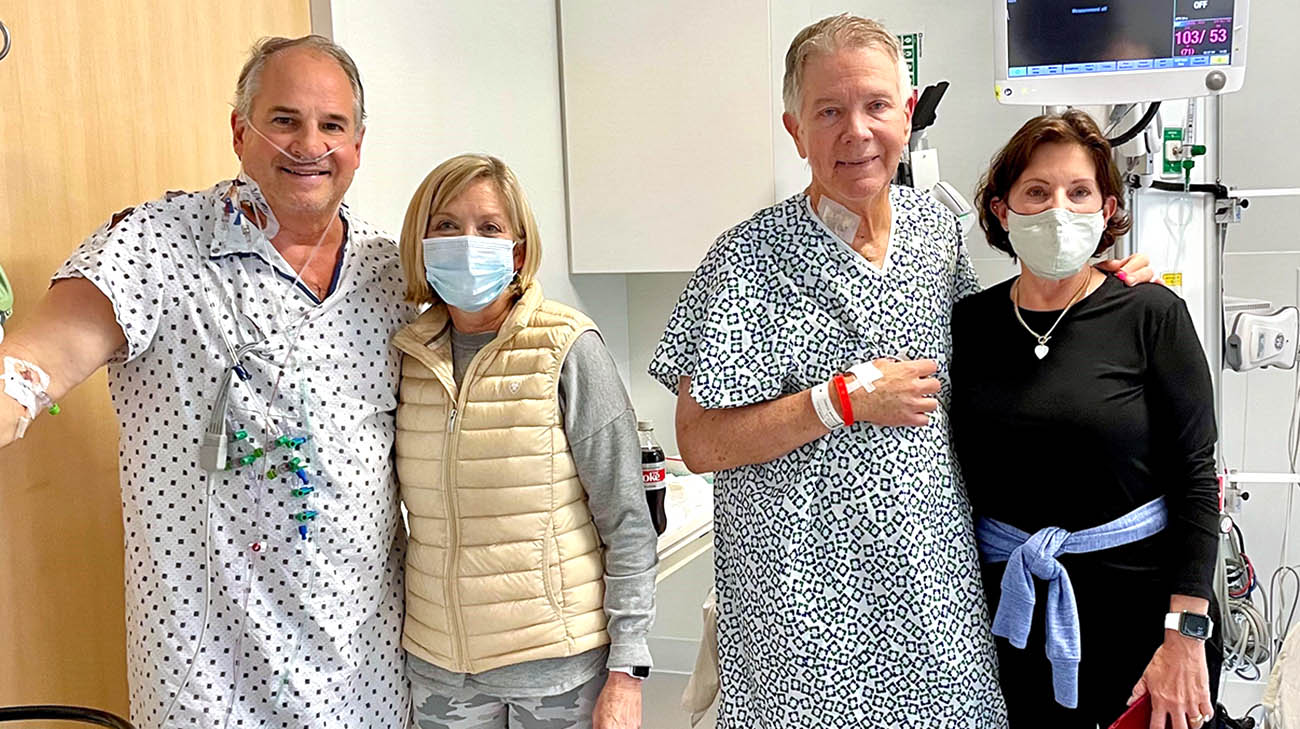 Mark, Steve and their wives were all able to support each other as Mark and Steve prepared for and underwent valve replacement surgery. (Courtesy: Steve Golding and Mark Nicholas)

Steve, on the other hand, has dealt with heart issues for more than a decade. He underwent mitral valve repair surgery in Texas several years ago, but never fully recovered. (He later would discover a ring used to hold the repaired valve in place was too small, causing a blood flow-restricting case of mitral valve stenosis ).

“I never did gain my stamina and my wind back after that surgery,” Steve says. He began making annual trips to Cleveland Clinic to participate in the Executive Health Program , an extensive round of examinations to identify potential health problems, address medical risk factors and promote wellness. Through that program he met with cardiologist Vidyasagar Kalahasti, MD , who identified the stenosis issue and ultimately recommended the faulty mitral valve be replaced.

Initially, Steve’s surgery was confirmed for early March. However, when Mark called Cleveland Clinic in February to schedule his surgery with thoracic and cardiovascular surgeon Douglas Johnston, MD , Steve’s surgeon, Marc Gillinov, MD , and team were able to schedule both men on the same day.

On March 14, Mark, Steve and their wives enjoyed a pre-surgery get together. On March 15, they headed into their respective surgeries.

Mark recalls when he was wheeled into the operating room, Dr. Johnston gathered his whole team and asked everyone to explain to Mark what their role in the surgery would be. That step alleviated any nervousness he felt. “I told them, ‘You’re the best in the world. I know I’m in good hands. So, let’s go.’”

Steve met with Dr. Gillinov at 7 a.m. before his scheduled operation, and joked he felt pretty good that day. “I said, ‘What if I got up and left right now?’ He said, ‘Looking at your condition, my estimation is you’ll have congestive heart failure within the next five years.’ You know, I needed to hear that. He gave it to me straight.” 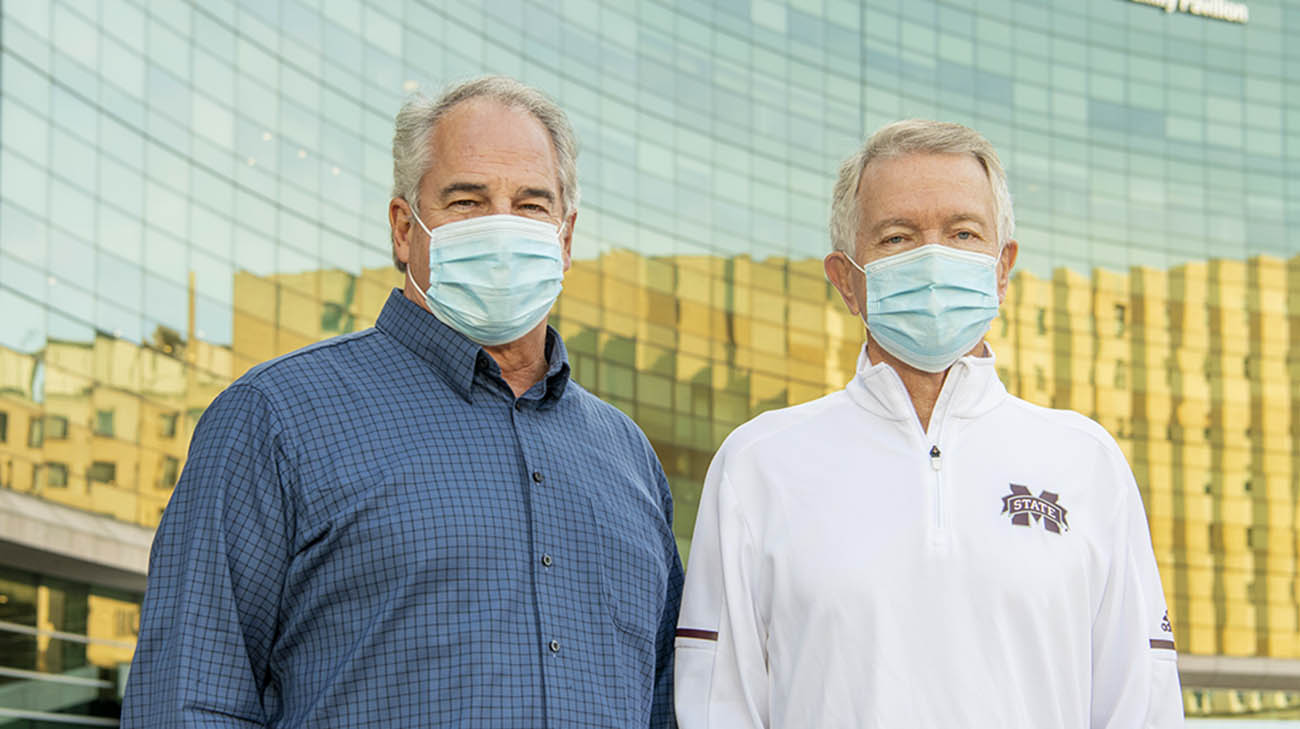 Following their respective surgeries, the friends spent three days – just a few rooms apart – in the intensive care unit (ICU) before moving on to a step-down unit. Mark struggled a bit more in the early days after surgery, as his condition was so severe his heart had actually slipped out of its normal positioning and had to be pulled back into place by Dr. Johnston.

“Dr. Johnston said my heart slipped because the aneurysm had stretched my aorta so thin. Before the surgery, I was getting maybe 30% of blood flow,” Mark notes.

Both men are sure being there together, to motivate and support one another, sped their recovery. Dr. Gillinov agrees. “People travel from all over the world to Cleveland Clinic, and for most of them, they are in a city filled with people they don’t know as they prepare for and go through heart surgery,” explains Dr. Gillinov. “We try to make everybody feel at home here, but it’s always good to have friend and family support.”

Naturally, the always-competitive friends used one-upmanship as a motivator. Each strived to make it out of ICU first (Steve won by a few hours). Mark complimented his friend in one area, Steve recalls. “One day he came into my room and says, ‘You’re the toughest guy I know. You went through (heart surgery) twice. I’m not doing it again.’”

They were also helped by a staff that focused solely on their health and comfort. Mark reflects, “The people who work at the hospital are so dedicated to their patients. It’s the people that make it special.”