Tennis Player Back on Court After Cardiac Arrest from Inflammatory Disease 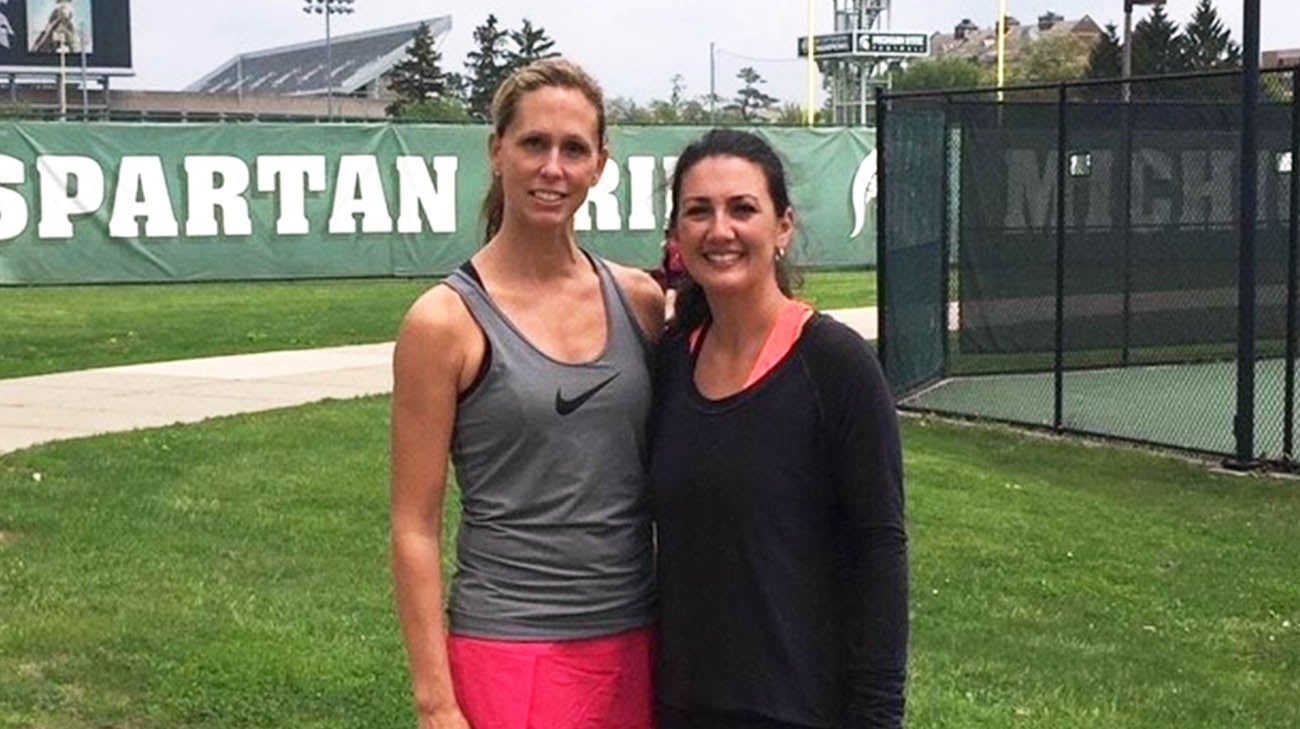 Groggy, as she slowly awakened from a medically induced coma, Julie Brizard motioned to her husband, Brian, for something to write on. A breathing tube prevented her from being able to speak.

“What hit me?” she scribbled on the paper, assuming she was lying in a hospital room because she had been in a serious car accident in late January 2020.

A lifelong athlete, Julie had blasted a crosscourt forehand during a match at a local tennis club outside of Detroit, Mich. Then, the 48-year-old mother of two teenagers dropped to her knees and fell face-first onto the court, chipping a front tooth in the process.

“My friend told me later I looked gray. She thought I was dead,” says Julie, now 50, and almost fully recovered from the sudden cardiac arrest that nearly killed her on that fateful day.

Fortunately for Julie, the athletic club had an automated external defibrillator (AED). Another patron – a doctor who had been swimming laps in the club’s pool – used it to shock her heart back to life. In the days and weeks that followed, this top-ranked tennis player and supremely health conscious physical therapist could get no answers to her most vexing question: Why did I have sudden cardiac arrest? 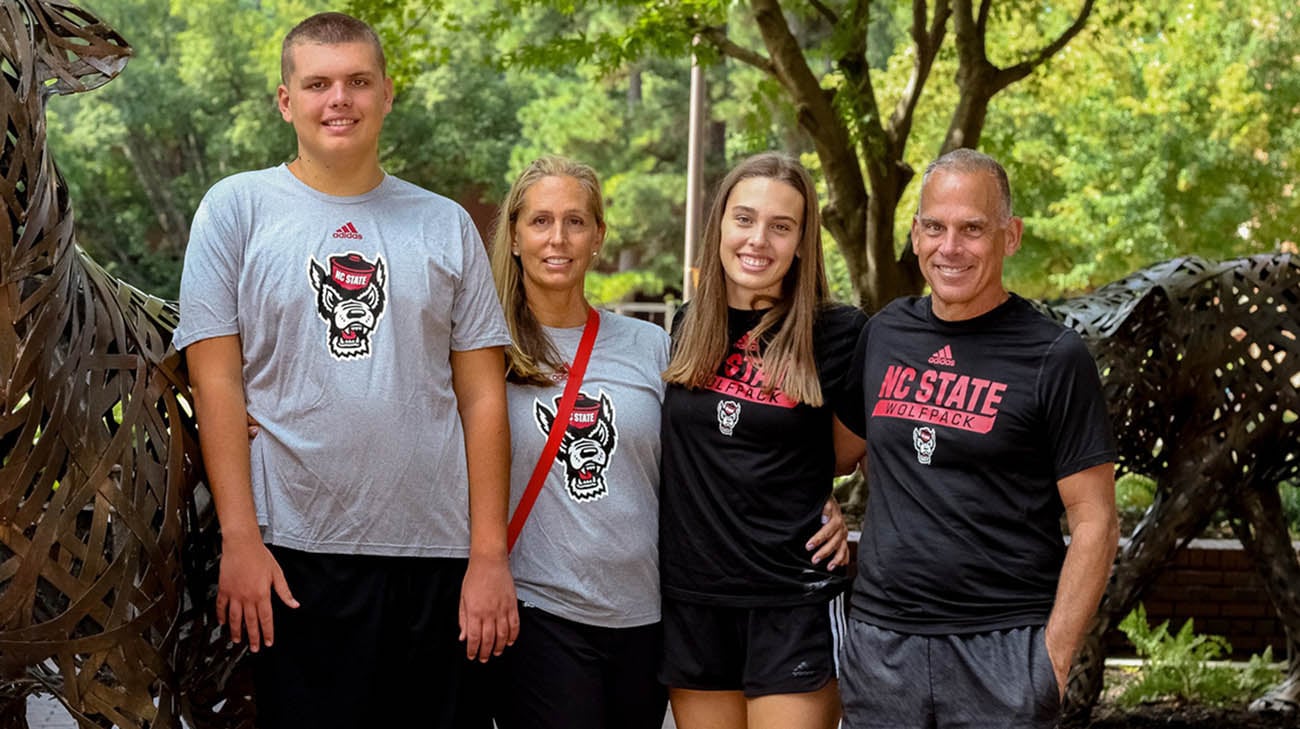 Julie with her two kids and husband. (Courtesy: Julie Brizard)

“Every test on me came back normal. They had no idea why it happened,” recalls Julie, of the inability to determine the underlying cause of her cardiac event. “The doctors told me to take it easy and not drive for a while. But for years, I’ve been training four days a week with tennis, and at least five days a week in off-court training. What am I supposed to do?”

Compounding the situation, Julie would take light walks around her neighborhood and occasionally feel woozy from a fluttering sensation in her heart. While the risk of a fatal heart attack was reduced by an implantable cardioverter defibrillator (ICD) placed in her chest during her initial hospital stay, Julie grew more concerned, frustrated and impatient.

So, she began the process of seeking a second opinion. Julie arranged a consultation with Tamanna Singh, MD, sports cardiologist and Co-Director of the Sports Cardiology Center at Cleveland Clinic. “I wanted to go where they understood what I needed as an athlete,” says Julie. And she believes that choice has restored her ability to live the life she loves. Julie was able to undergo testing with Dr. Singh, as well as Mohamed Kanj, MD, an electrophysiologist and expert in heart rhythms and pacing.

According to Dr. Singh, their initial diagnosis was Julie most likely suffered from catecholaminergic polymorphic ventricular tachycardia (CPVT), a condition in which the heart beats abnormally due to physical stress. They prescribed medicines to control it, yet the arrhythmic episodes continued for Julie.

“Here’s a healthy woman, a competitive athlete, who came to us because she wasn’t sure what had happened to her,” says Dr. Singh. “When someone has a cardiac arrest that is otherwise unexplainable, you have to have heightened clinical suspicion of an underlying precipitant and dig deeper or you’re going to miss it.”

Still, as Dr. Singh and her colleagues searched for answers, Julie had another potentially serious heart episode. She was in her kitchen, gazing at her teenage son who was eating the spaghetti she’d just prepared, and then, suddenly, she was lying on the floor. Her son tells her, “Mom, you just wiped out.” 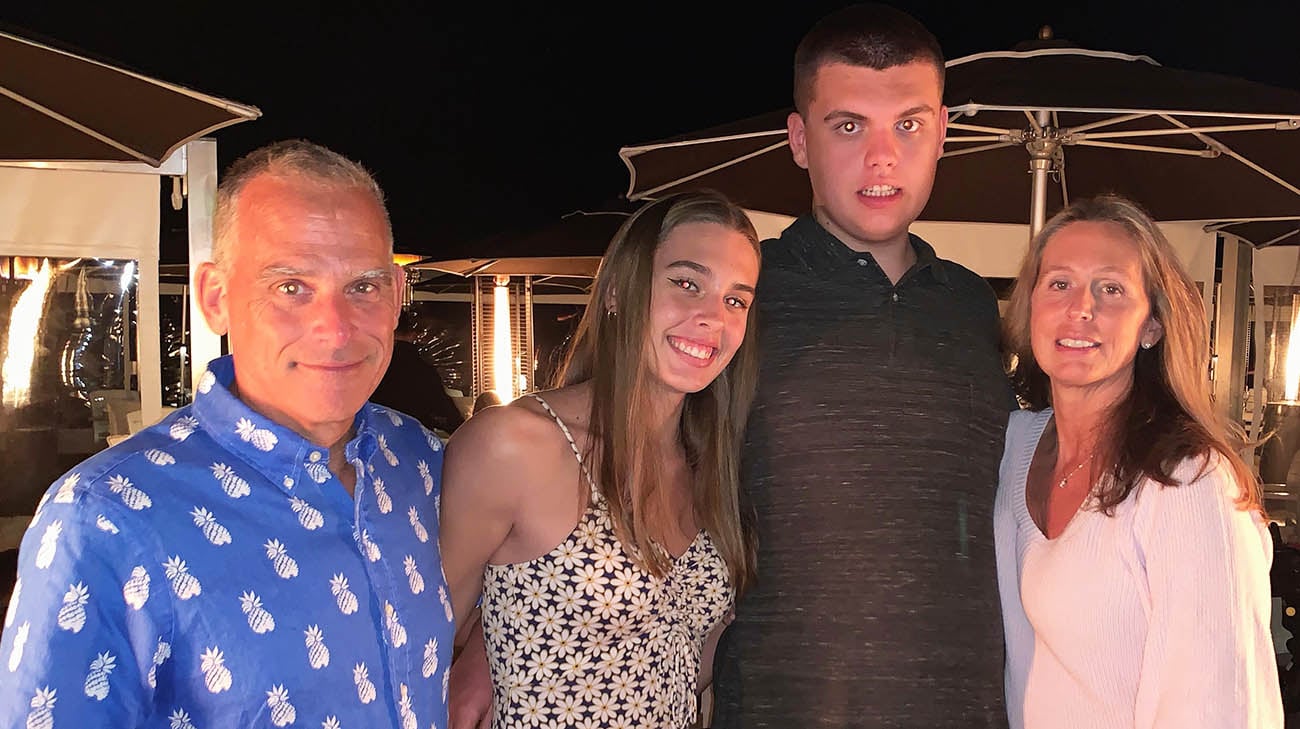 After Julie first experienced sudden cardiac arrest, she had another instance where her heart went into abnormal rhythm and she collapsed on the floor, in front of her son. (Courtesy: Julie Brizard)

While the ICD did its job, shocking her heart back to a normal rhythm, Julie was frightened that, again, she had dodged death. She recalls calling Dr. Singh and saying she was afraid she was going to die. “It felt like a horse had kicked me in the chest,” Julie says. “I don’t typically complain, but this time, I was really scared.”

Now, suspecting her condition may have been caused by a foreign substance provoking an overreaction of her immune system and subsequent inflammation, Dr. Singh consulted with Dr. Kanj and ordered a positron emission tomography (PET) test, which uses an injectable form of safe radioactive chemicals to detect damaged tissue.

The PET scan determined the elusive diagnosis: Julie had an inflammatory disease called sarcoidosis, which typically affects the lungs but had settled into her heart. Now, the doctors called on another colleague, Joseph Parambil, MD, a pulmonologist with expertise in treating sarcoidosis. He prescribed a series of medications – steroids and anti-arrhythmic medications – that were ultimately able to virtually eliminate all traces of the sarcoidosis, enabling Julie to return to the exercise she was accustomed to.

“Drs. Singh, Kanj and Parambil are amazing doctors. They are very calm, reasoned and determined,” says Julie, who is now on a low dose of the medicines and slowly returning to her former level of fitness. “This shows you have to be an advocate for yourself when you know something isn’t right with your body. But you also have to have doctors who are going to listen to you and help sort through things to get the right answers.”

Dr. Singh agrees persistence by Julie and the multidisciplinary team of specialists led to the diagnosis and effective treatment. “Julie was empowered to find the answers she was looking for,” Dr. Singh adds. “We’re very excited she was able to get back to some semblance of normalcy, which shows these types of diseases don’t have to be a death sentence for patients.”