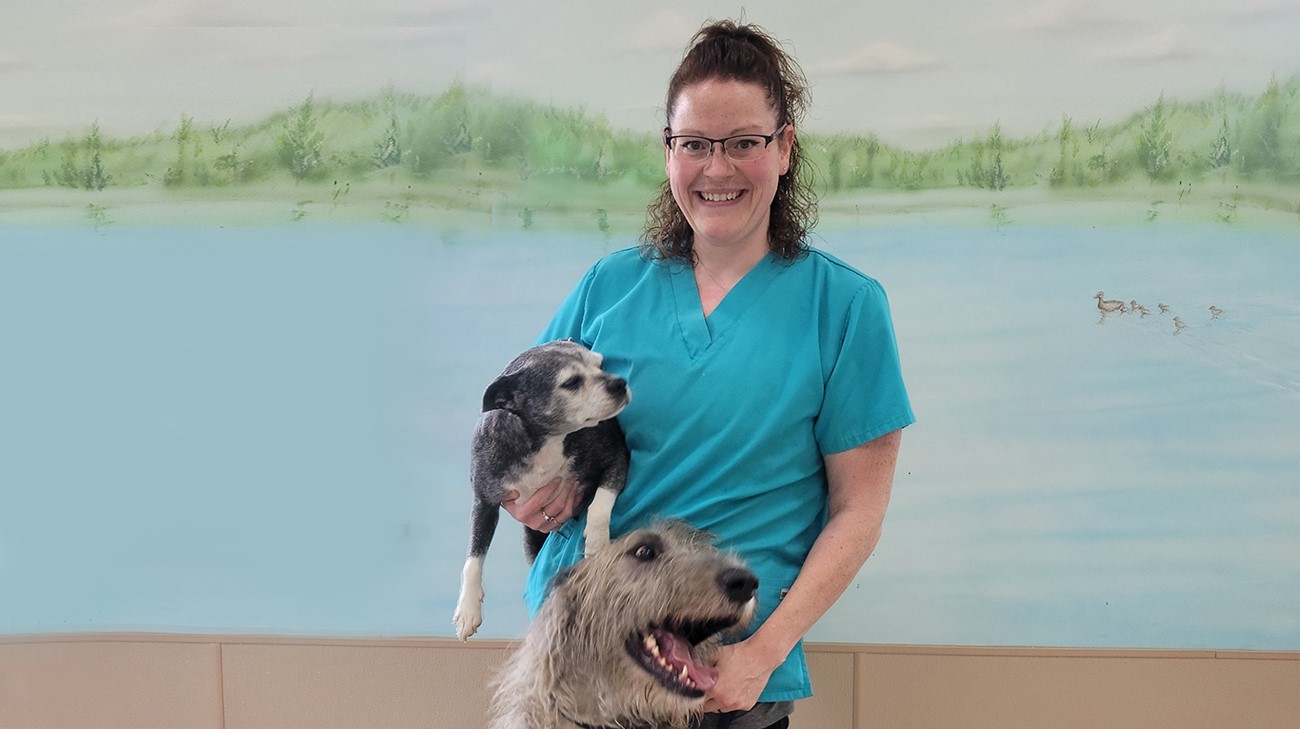 Ashley Mohn, age 36, is looking forward to cleaning out her closet. After losing 113 pounds over the last 17 months, she plans to purge all the clothes that she has been saving just in case she gained the weight back. She attributes a lifetime of poor eating habits — coupled with five years of steroid medications to treat an autoimmune disorder — to her weighing 400 pounds at her heaviest point.

“Once I went off the medication, I slowly started to lose some weight,” Ashley says. “My primary care doctor wanted to see more improvement. She recommended the medical weight loss program at Akron General to help ensure that all the steps I was taking would lead to a successful and maintainable weight loss.”

“I was not in a good place physically or emotionally,” she says. “I had developed an aversion to eating food in front of people because I was afraid of being judged. Then I would go home and eat way too much because I was so hungry.”

As a veterinary tech, Ashley has an active job that requires her to get up and down off the floor to help care for the animals. “My knees always hurt and I had a hard time getting up off the ground, which was humiliating,” she says.

Her relationship with her husband also suffered because he wanted to go out and do things and she was uncomfortable in public settings. “When we first met, I was an active, fun and easy-going person. I wanted to get back to being that person again,” she says.

In March 2020, at her first visit with Dr. Diwakar, Ashley weighed 293 pounds. She suffered from high blood pressure and pre-diabetes.

“Dr. Diwakar asked a lot of questions and really listened to me. She wanted to know my weight loss goals instead of assigning me a number,” Ashley says. “I decided to set a general goal weight under 200 pounds — a weight I had never been able to achieve in my adult life.”

Ashley says Dr. Diwakar helped her realize that she had developed a pattern of eating while she was bored in the evenings.

“In order to help curb this, I started on an intermittent fasting plan. I only eat during a 12-hour stretch in the day and don’t eat at all after 6:30 p.m.,” she says.

When Dr. Diwakar noticed that Ashley was naturally eating fewer carbohydrates, she recommended a low-carb diet and suggested snacks like pecans that are filling. Eggs are Ashley’s breakfast of choice and lunch is often a salad with chicken.

Ashley has also made some healthy swaps. “I used to be addicted to Diet Coke,” Ashley says. “Dr. Diwakar encouraged me to switch to sparkling flavored water and eventually I transitioned to plain water.”

Appetite suppressants helped curb her cravings for things like ice cream when she first began the program, but she no longer needs them. “It was an easier way to transition because the medication also helped with the migraines and headaches I would get when I stopped drinking soda,” she says.

She also started adding movement into her everyday routine. “I used to cry during workouts because I didn’t think I could do it,” she says. “But then I decided it’s really not as hard as I thought.”

During the pandemic she began doing an online 25-minute workout to help get her body moving in the morning. Soon after, she added a walking routine. “I average four to six miles a day,” she says. “I get cranky if I miss my workout because it’s my ‘me’ time.”

After spending a year in isolation, people who haven’t seen Ashley in a while often don’t recognize her. Losing weight has also meant reconnecting with friends and enjoying social situations again.

“My husband is so happy to have the old me back,” she says. “I look forward to going out and doing things again. We like to hike, canoe and camp.”

With just 10 pounds to lose to reach her goal of 170 pounds, Ashley makes sure people understand that her weight loss isn’t magic, and it didn’t happen overnight.

“I hit bumps in the road, but I always get back on track,” she says.

“I had the mindset that I wanted this, and I was ready for it. I just stuck to what Dr. Diwakar told me to do. She believes in me which helped me believe in myself.”

For more information on the medical weight loss program, or to schedule an appointment with Dr. Diwakar, visit akrongeneral.org/bariatriccenter.