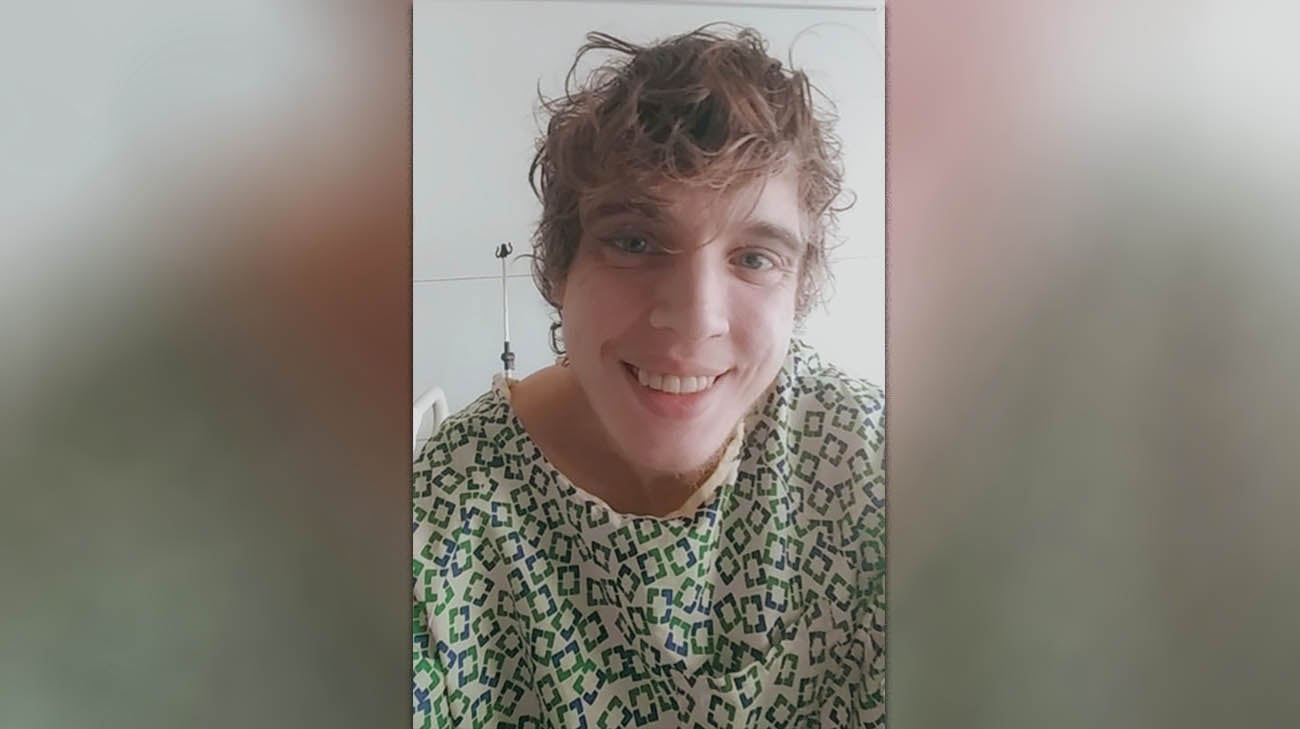 For more than two decades, Jason Tutoki has been tested hundreds of times with a device called a spirometer. It measures his lung function and ability to breathe.

Up until the summer of 2020, the 21-year-old Niles, Ohio, resident only had the test performed by medical professionals at Cleveland Clinic. In August 2020, he began conducting it himself, at home, as part of a Cleveland Clinic study measuring the efficacy of a home monitoring system for patients with cystic fibrosis (CF) awaiting organ transplants, like Jason.

“It wasn’t hard to do,” says Jason, of using the device. The technology is the first spirometer designed for connected health applications and remote patient monitoring. “It’s the exact same machine they use in the hospital. It’s just portable. I had years of training on it before I got to use it at home.”

Jason is glad he was able to pilot use of the home monitoring system because, he says, “I’m 100% sure the machine got me my transplants faster than I would have gotten them otherwise.”

The transplants Jason received – two lungs and a liver – took place on October 5, 2020, after Jason spent the better part of a year on the donor waiting list. Patients with CF requiring transplants can move up and down on the list, based on the changing condition of their lungs. Since patients with CF, who are awaiting transplants typically only visit the hospital for updates quarterly, any change in their condition that could affect their waiting list status can go unnoticed for weeks at a time.

According to José Ramos, respiratory therapist at Cleveland Clinic Respiratory Institute, the study testing the home monitoring system for patients with CF was designed to ensure physicians get weekly updates on their patient’s condition. The data is transmitted automatically after each test is completed. They’re alerted if the results worsen significantly.

“Remote monitoring provides an essential service,” says José, who along with fellow respiratory therapist, Mike Hoffman, have now coordinated home monitoring care for more than 500 post-transplant and, now, pre-transplant patients. “If a patient’s lung (performance) drops during a time when they aren’t in the hospital, we know it right away. It may change their (waiting list) score and move them up to get a transplant sooner.” 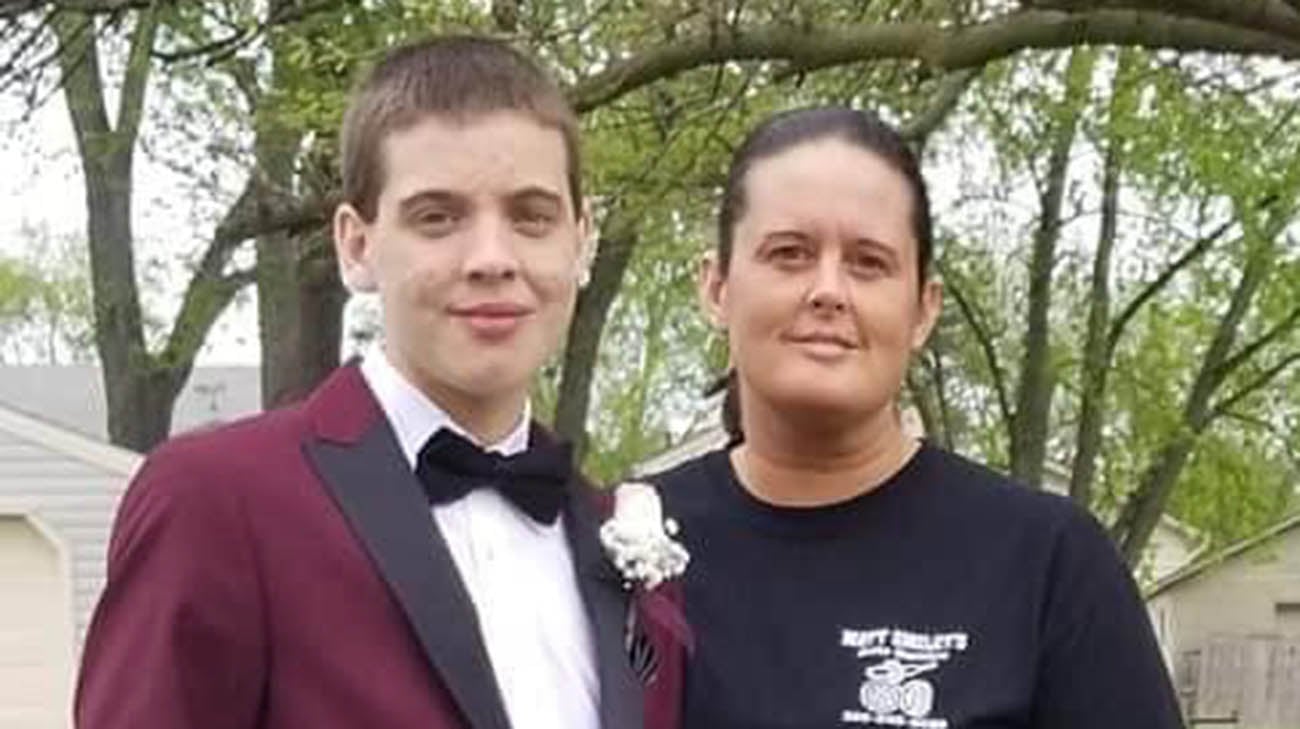 Adds Mike, “The home monitoring system is a great gift to the patients and those who are treating them. When the alarm sounded after Jason’s (lung function) results declined, his treatment team was able to take immediate action.”

A chronic lung disease that gets progressively worse, CF can also affect other organs in the body including the pancreas and, in Jason’s case, his liver. While the disease was manageable for a few years, Jason has been in and out of the hospital numerous times for more than a decade, as the effects on his health steadily worsened. He has required coordinated care from dozens of specialists, in pediatric and adult pulmonary care, to keep him alive.

In 2019, Jason repeatedly suffered from hemoptysis, or coughing up blood from the respiratory tract (lungs and throat). As the occurrences increased, in frequency and severity, Jason was hospitalized for over a month. Placed in a coma to enable his body to rest, Jason came close to dying on a few occasions, says his mother, Dorothy Tutoki.

“For much of his life, Jason really couldn’t do much of anything. He was sick all the time,” Dorothy recalls. “But this time was the worst.”

With his liver and lungs in steady decline, Jason was placed on the National Transplant Registry (NTR). Meanwhile, the home monitoring study, led by Carli Lehr, MD, was seeking participants. Jason readily agreed.

After José and Mike configured the system for him, and gave him a tutorial, Jason took it with him when he returned home. He completed the testing at least once per week. At one point, his lung function score nosedived, prompting Jason Turowski, MD, associate director of the Adult Cystic Fibrosis Program, to have him undergo further testing.

Those results confirmed the decline. Jason’s Chronic Respiratory Infection Symptom Score (CRISS) was changed accordingly. Now listed as a higher-priority patient on the lung/liver transplant list, Jason learned he was a match for a triple transplant and underwent successful surgery a week later.

Since then, despite a few bumps in the road that have required some changes in his anti-rejection medication, Jason is thriving and continues using the remote monitoring system for his new lungs. He’s now able to “run around outside and go on hikes,” the types of activities he could rarely enjoy before. Jason has also enrolled in Purdue University online, and has plans to ultimately continue his education on campus, perhaps in his senior year.

Adds Dr. Turowski, “It hasn't been easy for Jason, with plenty of bumps in the road. But I’m hopeful he has a long and healthy life ahead.”

As for Jason, he’s reveling in the freedom to live on his own again and do the normal things in life that have typically been beyond his grasp. “I’m way better,” he exudes. “Before transplant, my life consisted of treatments like crazy. Post-transplant, I still take a lot of pills, but other than that, I can pretty much do what I want now and not be out of breath.”