Dr. Radhakrishnan's areas of interest involve liver disorders in children, care of children after liver transplantation and small-bowel transplantation. He also has an interest in metabolic disorders involving the liver and care of gastrointestinal manifestations in children with metabolic disorders. Dr. Radhakrishnan, however, follows all types of pediatric gastroenterology problems in his clinic. He also performs upper and lower endoscopy and endoscopically places gastrostomy feeding tubes. In conjunction with Dr. Sumit Parikh from Pediatric Neurology, he runs the Cyclic Vomiting Syndrome Clinic for children.

Dr. Radhakrishnan is a keen teacher involved in the teaching of medical students, residents and fellows. He was voted by the pediatric residents at Cleveland Clinic as Staff Teacher of the Year for 2007. Dr. Radhakrishnan's research areas include liver disorders and inflammatory bowel disease. 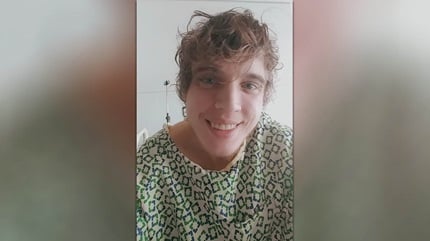 He is the most wonderful doctor. Kind, compassionate, knowledgeable. He is friendly and is a great listener. He really cares about the patient and their family. One of the best doctors I have ever met.

We love Dr. Kadakkal R Radhakrishnan. He is awesome and cares about my child.

Dr. K is an Angel. One of the kindest, most thorough, and personable doctors Ive ever met. He explained things both by talking and by drawing diagrams. He Involved us In the conversation, he was kind and gentle with our son, and had clearly reviewed the chart before he came to see us. This man is a prize for your organization and should be given all the awards and accolades you have. I really cannot state enough how lovely he was.

Dr Radhakrishnan is phenomenal!! He had taken the utmost care of Mitchell and we are forever grateful! He also made a referral to an adult GI doctor closer to home / thankful!

Dr. Radhakrishan is an amazing doctor. Words can not express our gratitude for him, and what he has done for our daughter. We are beyond lucky to have him as our doctor! He's just an all-around wonderful person, and leader in the medical profession.

He was amazing. He took excellent care of Hayden and made him feel very at ease. When you've seen so many different doctors, and you get this kind of careit means so much to us.