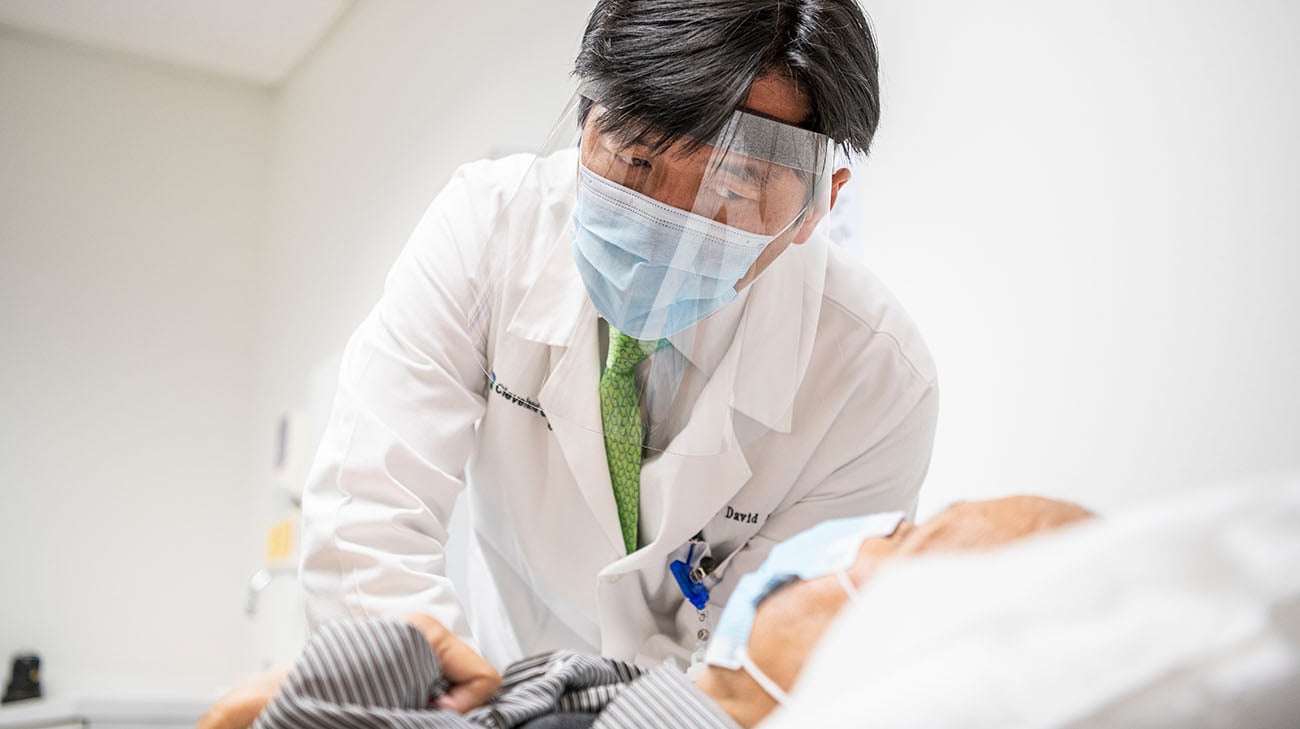 Guna Nidhi Paudyal, PhD, is a humble man who is kind and thoughtful with his words. He was born in Pokhara, Nepal, a city that tourists flock to. Although foreigners come to his city, he didn’t want to miss any of the opportunities the world had to offer. So, as the saying goes — the world is your oyster and he wanted to find that pearl.

Dr. Paudyal left Nepal to study water resource engineering — receiving advanced degrees in India and the United States. He and his wife, Sabitra, settled in Bangkok, Thailand, where Dr. Paudyal was an engineering professor at a local university. They raised two children, Astha and Prakash. Once retired, the Paudyals returned to Pokhara.

In June 2020, during the height of the COVID-19 pandemic, Dr. Paudyal, 68, noticed changes in his health — very dark urine, loss of appetite and yellow eyes. He made an appointment with his physician. An ultrasound showed a bile duct obstruction. An MRI revealed a more serious situation.

He was diagnosed with a Klatskin tumor with vessel invasion — more commonly known as bile duct cancer.

The hospital in Nepal couldn’t treat such a complex case and flights around the world were halted due to the pandemic. “My medical condition was further complicated by such an unprecedented time,” recalls Dr. Paudyal.

He made an arduous journey to neighboring New Delhi, India. After spending three months in the hospital to prepare for surgery, he was told it was no longer possible. A remote appointment with a hospital in Singapore resulted in a second denial. “I had hope my luck would turn around, but my family was devastated,” remembers Dr. Paudyal.

In September, flights were starting to take off. Since Astha lived in New York, they decided to find an American hospital to treat him. “My son’s classmate suggested Cleveland Clinic as it’s one of the best in the world,” says Dr. Paudyal. “She connected us with K. V. Narayanan Menon, MD, at Cleveland Clinic. Dr. Menon reviewed my records and said my illness could be treated there.”

He arrived in New York on Sept. 11. The next day, he and Astha flew to Cleveland. He was immediately admitted at Cleveland Clinic and went through a battery of tests which confirmed his diagnosis. It also showed that the tumor was in an area near arteries and that his liver was atrophied.

He was given three options to treat his medical issues. He decided to treat the cancer by shrinking the tumor and having surgery to remove it — giving him the best chance at living a longer life. Sabitra and Prakash came from Nepal to join Dr. Paudyal and Astha. 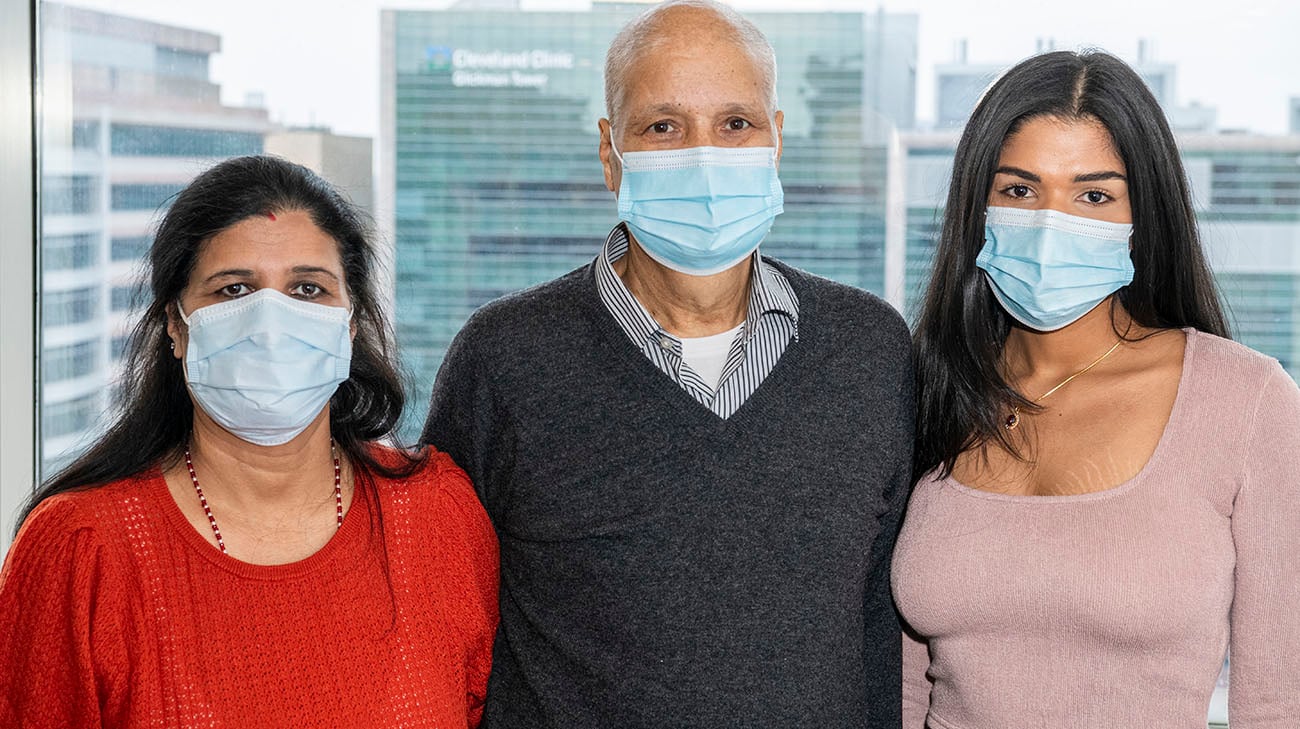 Because Dr. Paudyal was from Nepal and would be in Cleveland for an extended amount of time, he and his family were connected with Cleveland Clinic Global Patient Services (GPS). GPS is dedicated to serving not only the medical but also the cultural and language needs of international patients in order to make their stay in Cleveland as comfortable as possible.

“GPS helped us in every way from scheduling appointments to helping with visas,” says Astha Paudel, 28. “Their help aided us during a very stressful time and enabled us to concentrate on my dad.”

Dr. Paudyal was prescribed three rounds of chemotherapy and began the treatments in October. In between each round, he ended up in the hospital. “It was hard seeing my dad go through so much. Just as we thought things were getting better, they got worse,” says Astha.

Because of the issues, he was told — for the third time — surgery wasn’t an option. “My life motto is never give up. My children called Dr. Menon to see what our next option was,” says Dr. Paudyal.

His case was taken to the Cleveland Clinic tumor board for review. “Guna’s case was quite challenging due to the location of the tumor in relation to the arteries and liver. Only institutions highly specialized in advanced oncologic liver surgery and living donor liver transplantation are able to perform these types of surgeries because it requires microscopic reconstruction of tiny hepatic arteries that do not allow the smallest mistakes. Cleveland Clinic is one of the few hospitals in the world that are highly specialized in both fields,” says Choon H. David Kwon, MD, PhD, director of laparoscopic liver surgery at Cleveland Clinic.

As they say, life comes full circle. Dr. Kwon was the surgeon who did the first liver transplant in Nepal. “Dr. Kwon’s connection to Nepal made it seem like everything was meant to be,” says Astha.

On Dec. 8, he prepped for surgery and the family hoped it could be completed. “Once I saw the tumor and location, I was confident I could continue the surgery,” says Dr. Kwon.

During the delicate eight-hour surgery, Dr. Kwon completely removed the tumor and Guna’s gallbladder, along with the diseased parts of his liver, hepatic artery, biliary duct and small bowel. Dr. Kwon says all traces of cancer were removed. 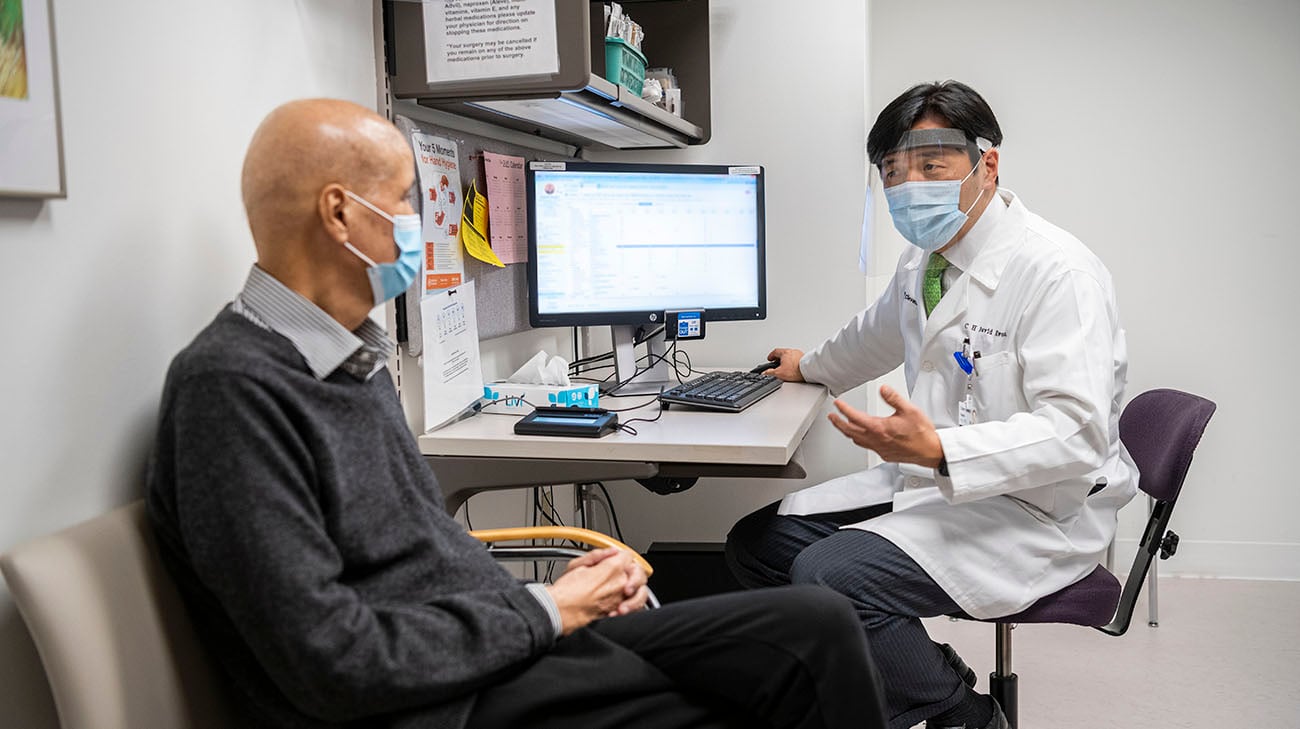 The surgery was a success, but afterwards he was admitted to the ICU several times with infection. “Guna had developed recurrent cholangitis since his visit to New Delhi so a highly antibiotic resistant strain of bacteria had developed. This is common when surgery is not done promptly and is delayed as in his case,” explains Dr. Kwon.

Dr. Paudyal was able to return to Nepal in February 2021. “Guna’s case was high risk, but I knew I could push the limits. He’s a very good patient who did his best in every way to heal — from traditional remedies like eating lentil soup to following my medical advice,” says Dr. Kwon.

This type of cancer has a high recurrence, but for now, Dr. Paudyal is doing amazing. If needed, he can see Dr. Kwon virtually and can come back to Cleveland Clinic should he require further care. “I came across the globe for care at the best hospital in the world. I followed my life motto to never give up and so did Dr. Kwon. He is a god to me,” says Dr. Paudyal.