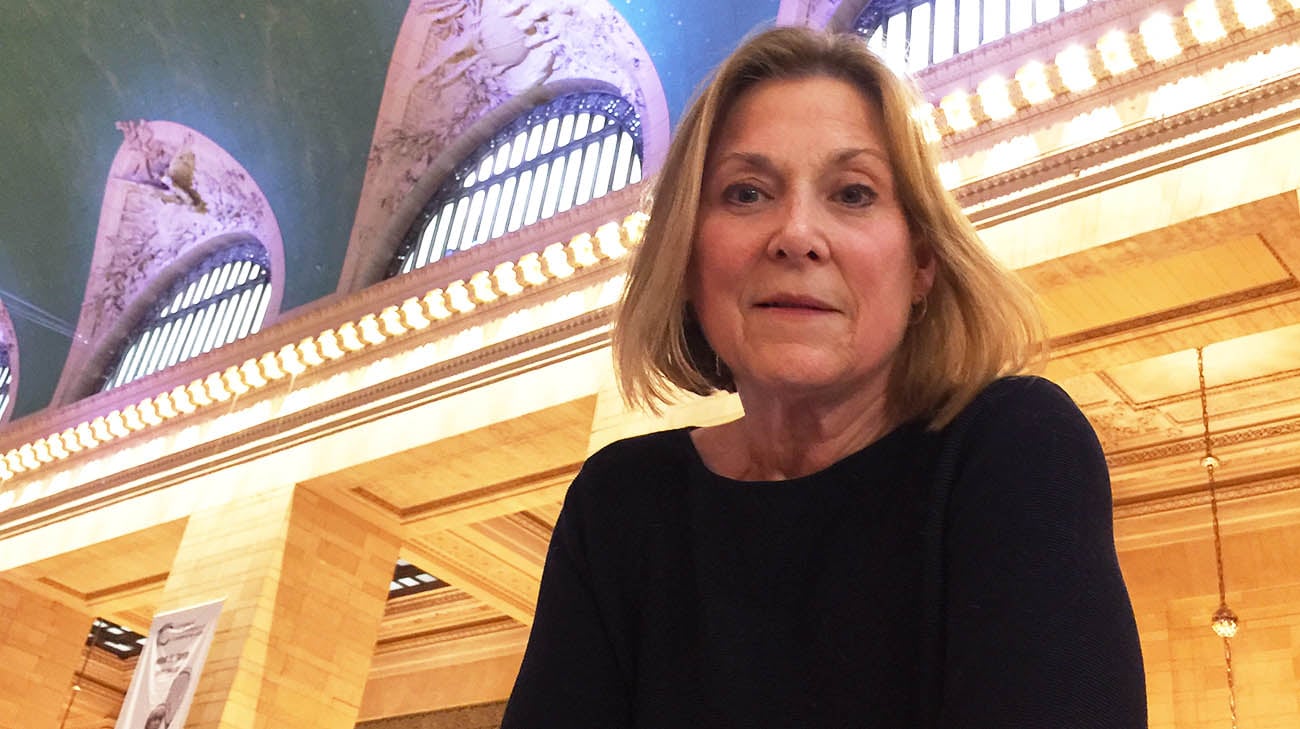 There’s no good time to get a breast cancer diagnosis. However, for Deborah Brown, early March 2020, in the heart of New York City, was an especially challenging time.

On March 2, when the 69-year-old retired Harlem elementary school teacher underwent a routine mammogram, New York had just reported its first case of COVID-19. On March 17, Deborah went to a local hospital to undergo further testing because the mammogram revealed a potential problem area.

As Deborah recalls, “In those two weeks, the city had (practically) shut down. The number of coronavirus cases and deaths was exponentially rising. Restaurants and bars were closed, and they cancelled the St. Patrick’s Day parade.”

The news was disheartening for Deborah, too. Doctors read the results of her ultrasound and bilateral mammogram that day. They then immediately performed a biopsy of her breast. Testing removed all suspicions: Deborah had stage 1 breast cancer.

As distressed as she was by the diagnosis, the doctors’ recommended form of treatment was even more troubling for her. They said she had to wait.

“They basically said we’re not going to operate now because they were afraid they would risk me getting coronavirus. I really didn’t have a choice,” she recalls. “But if I don’t have surgery, there’s a risk the cancer would grow while we wait.

“I wanted a normal course of treatment, which would be surgery with either chemotherapy or radiation, followed by hormone therapy. They wanted to do hormone therapy first and then look at having surgery, maybe three months down the road.”

At home later that day, despaired and unsure of what to do, Deborah spoke to a trusted friend who suggested she become her own advocate and see if there was another hospital that would treat her right away. So she did. A Cleveland native, Deborah conferred with friends and family members, including her brother, Ken. Through those contacts, she was referred to Cleveland Clinic Cancer Center and scheduled an appointment for early April. Deborah packed her car, grabbed her cat, Ernie, and made the 7-hour drive to Cleveland.

“I felt like a leper, leaving New York City. At that time, nobody wanted someone from New York in their town, but Cleveland Clinic welcomed me.” 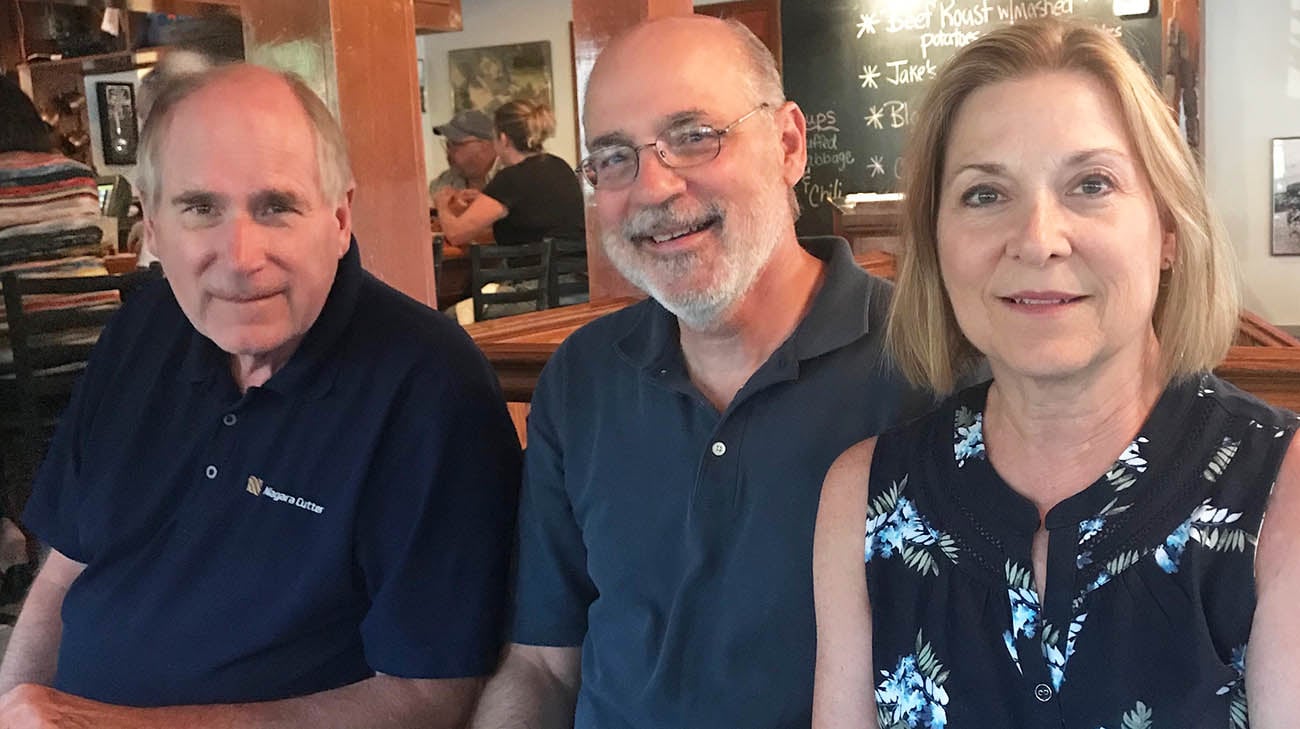 Deborah with her brothers Ken (far left) and Keith (center) during the summer of 2019. Deborah self-quarantined at Ken's after arriving in Ohio from New York, prior to her appointments at Cleveland Clinic. (Courtesy: Deborah Brown)

Since she had departed from what was deemed a “coronavirus hot spot,” Deborah self-quarantined in her brother’s Westlake, Ohio, basement for two weeks, and then journeyed to Cleveland Clinic, on April 14, for a flurry of three, same-day appointments.

“It’s a huge building, but hardly anybody was there (due to COVID-19),” says Deborah. “Of course, everybody’s wearing a mask. To this day, I don’t know what my doctors really look like!”

After meeting with and examining Deborah, her team -- breast surgeon Zahraa Al-Hilli, MD, radiation oncologist Rahul Tendulkar, MD, and medical oncologist Halle Moore, MD, – provided her a treatment plan she could start right away: surgery, radiation and hormone therapy, in that order.

“My urgency was to get the surgery before Ohio became a hot spot, like New York,” adds Deborah. “I asked them, ‘When can we do it?’ And three days later, I was in surgery.”

According to Dr. Al-Hilli, Cleveland Clinic Cancer Center’s emphasis on providing treatment for all cancer patients in a timely manner is critical. “We were fortunate to be able to continue providing cancer surgery and treatment throughout the pandemic, without compromising patient safety and outcomes.”

She added that by having the multidisciplinary team devise a treatment plan together, with the patient, they were able to proceed in an effective manner that aligned with Deborah’s goals. “When you have a plan, patients feel more in control and better able to deal with this type of diagnosis during a very stressful time. When you know exactly what’s going to happen, it eases your anxiety.”

On April 17, accompanied by her brother, the one visitor she was allowed to have, Deborah underwent a successful lumpectomy performed by Dr. Al-Hilli. Due to the cancer type and early stage of the condition, Deborah didn’t require chemotherapy. Instead, post-surgery, she received a form of targeted radiation therapy delivered in five treatments over a two-week period, which meant her regimen was completed faster than more conventional forms of radiation.

“Because it limits the number of visits, the shorter course of radiation was a good option for Deborah,” explains Dr. Al-Hilli. “She was a suitable candidate for this type of radiation, so it all worked out very nicely for her.” She added that Deborah has also received hormone therapy via oral medication which she still takes.

Deborah agrees that despite getting a breast cancer diagnosis right at the onset of COVID-19, her situation ended up being quite advantageous for her.

“When I look back on it, someone was watching out for me. I got breast cancer, but it was (only) stage 1. I didn’t need chemo, and I finished radiation before it became difficult to travel back to New York. As it turned out, everything was in my favor.”

She was also fortunate to have gotten the mammogram when she did. It was her first in five years, despite some recommendations suggesting women receive mammograms annually starting at age 40. “The moral of the story, as I tell every woman I see, is get your mammogram. If I hadn’t happened to have gotten it right as the pandemic started, I might have pushed it off another year or two. And it may have been too late.”