Crestfallen, and unsure where to turn next, Kimmie and Justin McCaw began the 10-hour drive back to their Oklahoma home. Less than two weeks after learning their unborn baby boy was diagnosed with spina bifida, during a routine prenatal anatomy scan, they made the journey with their family to Texas. They were hoping to find a doctor who could perform an in utero surgery to partially repair the birth defect, which is caused by the incomplete development of the fetus’ spine during the first month of pregnancy.

After Kimmie – 24 weeks into the pregnancy – and the baby underwent a complete battery of tests, the McCaws learned the severity of the baby’s condition. 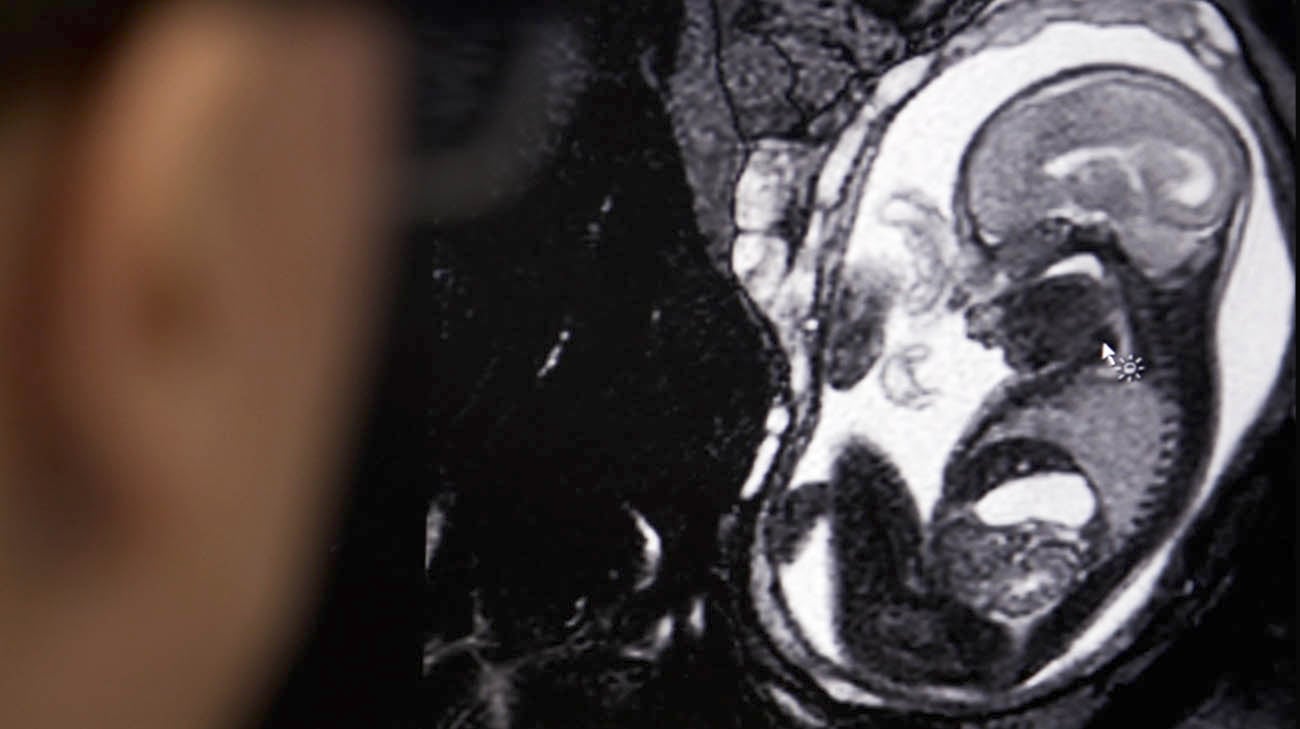 Evidently, the degree of curvature in the baby’s spine (spina bifida is a Latin phrase that means “split” or “open” spine) was quite severe. This condition – called kyphosis – would prevent doctors from being able to operate. The news was heartbreaking for the McCaws, since their baby was likely to have a persistent Chiari malformation, a typical complication for certain forms of spina bifida, which leads to excess buildup of spinal fluid and subsequent risk of brain damage, seizures or blindness if untreated.

“The thoughts that run through your mind are just devastating,” recalls Justin, who has two infant girls with Kimmie and a 17-year-old son from a previous marriage. “I was crying. I didn't know that there were other options out there,” adds Kimmie. 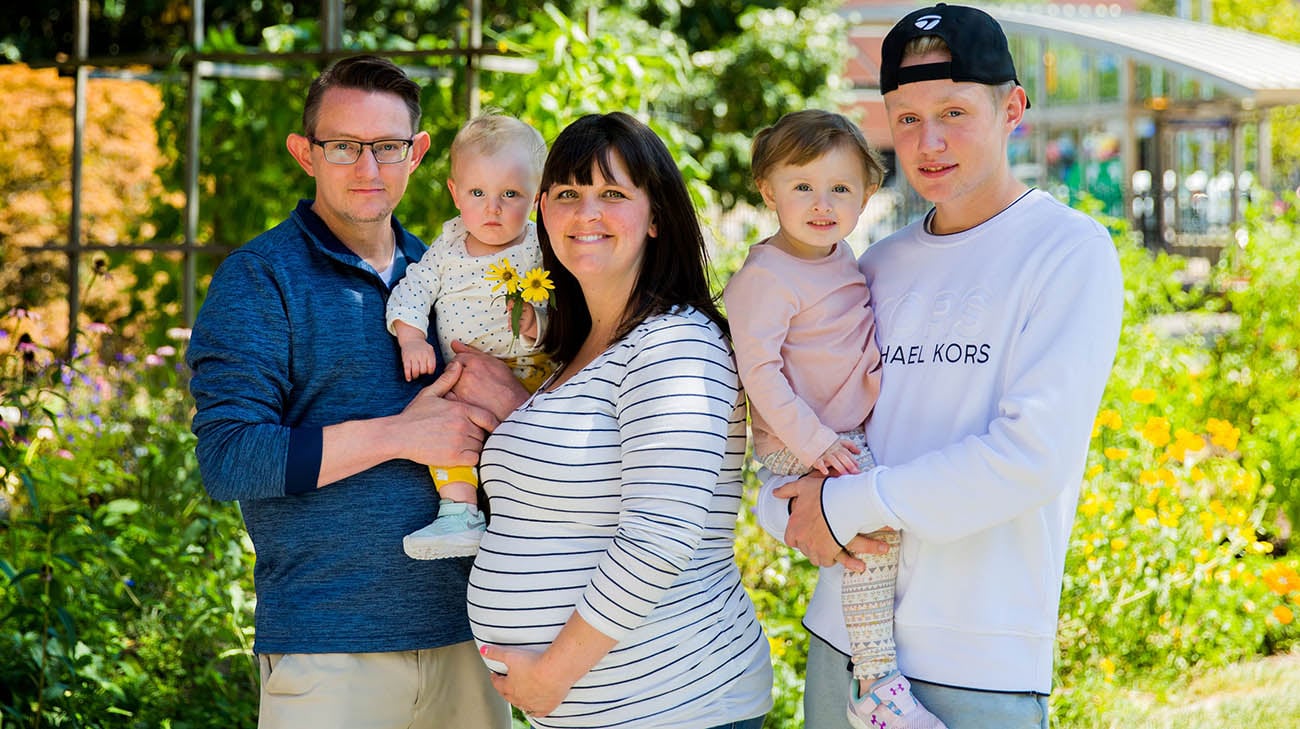 A few days after their return, Justin saw a medical story about cancer on his smartphone. He was interested because his father had recently been diagnosed with kidney cancer. He shared the article with Kimmie, who after reading it, noticed another story on the website about Cleveland Clinic’s first in utero surgery for spina bifida.

“Kimmie texted me about it. Something inside of me (made me) believe it was God who told me to reach out to Cleveland Clinic to get a second opinion,” notes Justin. “Just to see what they would say.”

Fetal surgery for spina bifida is a procedure where fetal surgeons open the uterus and close the opening in the fetus' back, while they are still in the womb. (Courtesy: Cleveland Clinic)

Justin spoke to a Cleveland Clinic nurse who connected him to Darrell Cass, MD, director of fetal surgery at Cleveland Clinic's Fetal Center. Less than two hours later, Dr. Cass called Justin and said he thought his team could consider performing the surgery. He confirmed that notion the next day, after reviewing the test results from the previous hospital and consulting with other doctors who would comprise the multispecialty team.

“Fetal surgery is a pretty rare endeavor and while multiple centers are now performing it, there is some variability based on different experience levels and protocols at each center,” Dr. Cass explains. “The (McCaw) baby definitely had kyphosis but we felt like we could achieve a tissue-based repair with good sealing of the back. And that proved exactly to be the case.” 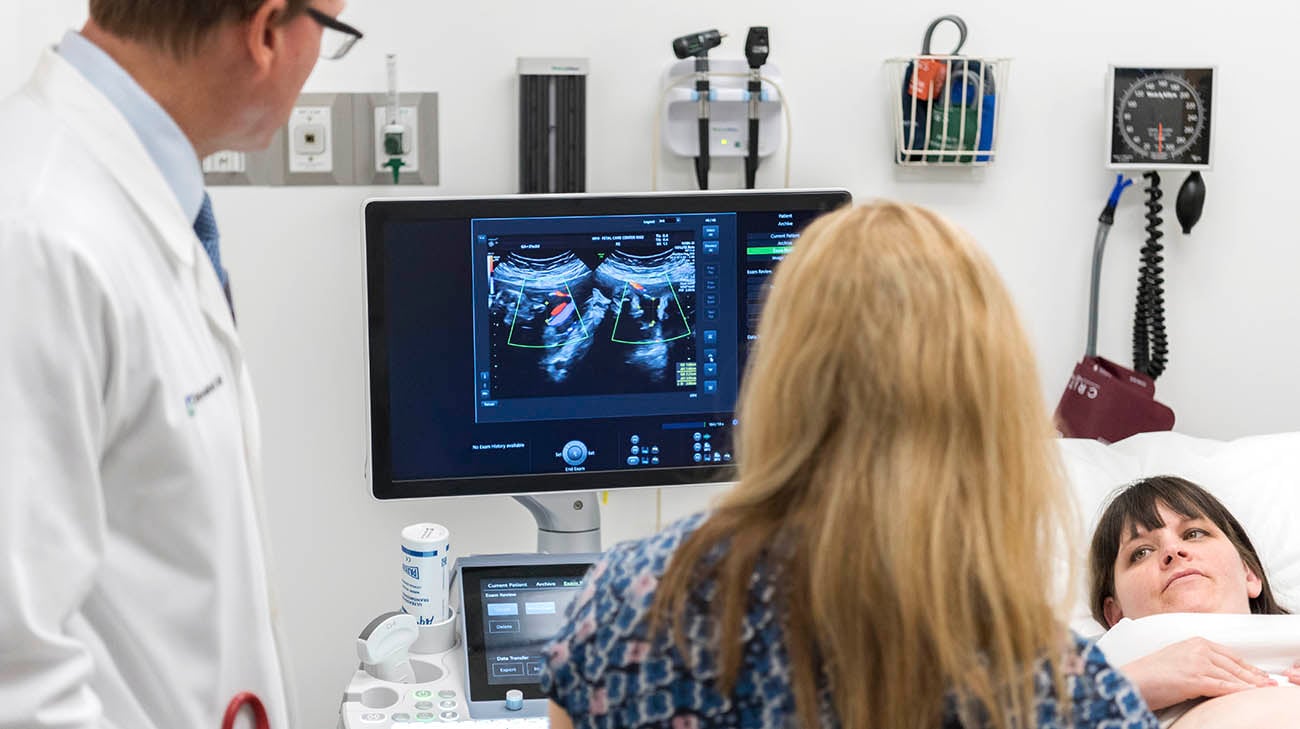 Within days of Justin’s initial phone call with Cleveland Clinic, and before a surgery date was confirmed, the McCaw family again embarked on a journey – this time, a 14-hour drive to Cleveland. As Kimmie recalls, “We weren’t unpacked from the Texas trip, so we just loaded up the kids and hit the road.”

Upon their arrival, the care team jumped into action. Within days, Kimmie was being wheeled into surgery. Many members of the team, who performed Cleveland Clinic’s first in utero surgery for spina bifida months earlier, were involved in the operation, including pediatric neurosurgeon Violette Recinos, MD, who ultimately performed the repair. 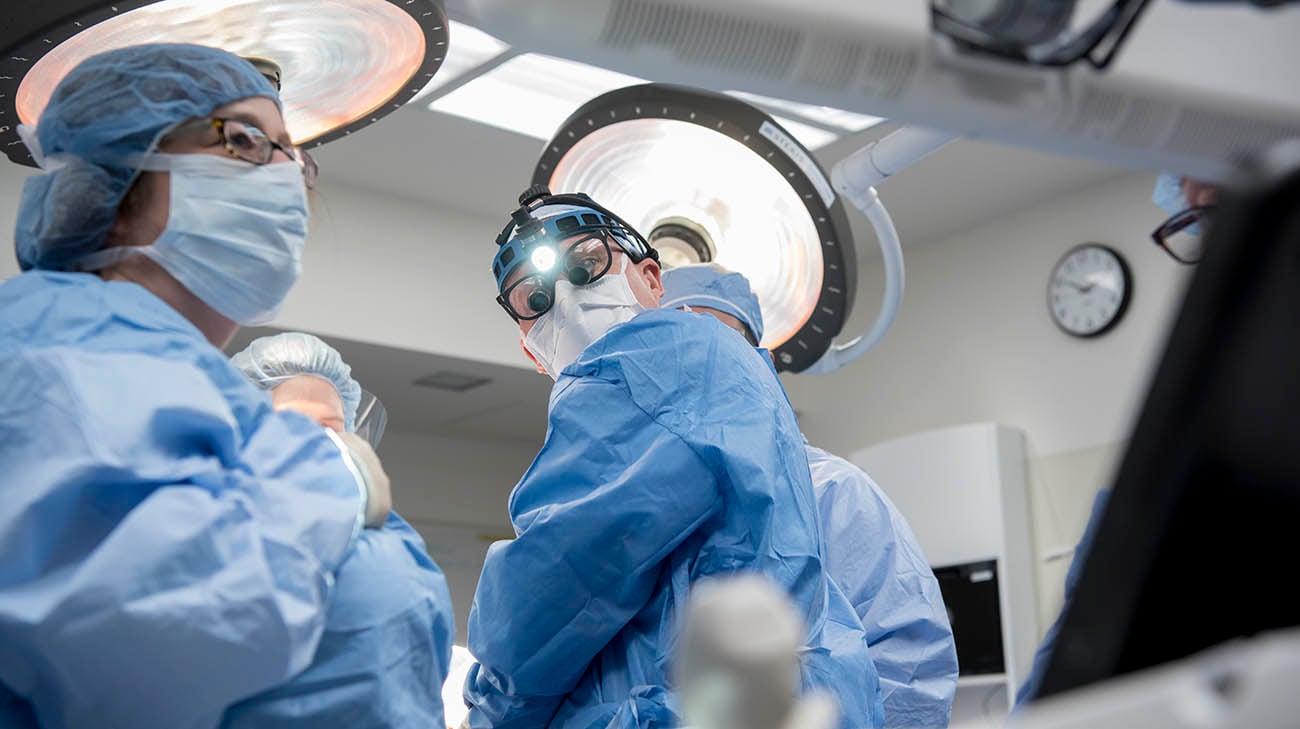 As Dr. Cass describes it, the surgery began with an incision in Kimmie’s abdomen, similar to that performed during a C-section. Using ultrasound to pinpoint the exact location of the baby, Dr. Cass made a two-inch incision in the uterus to gain access to the section of the baby’s back requiring treatment.

“At this point,” adds Dr. Cass, “Dr. Recinos essentially does the same operation she would do after the baby is born.” That involves carefully detaching the baby’s nerves and spinal cord elements, allowing them to fall back into the open spinal canal, which is then covered with muscle and skin mobilized from the side. This technique, called a myofascial closure, achieved adequate coverage of the opening. The procedure also successfully corrected the Chiari malformation. 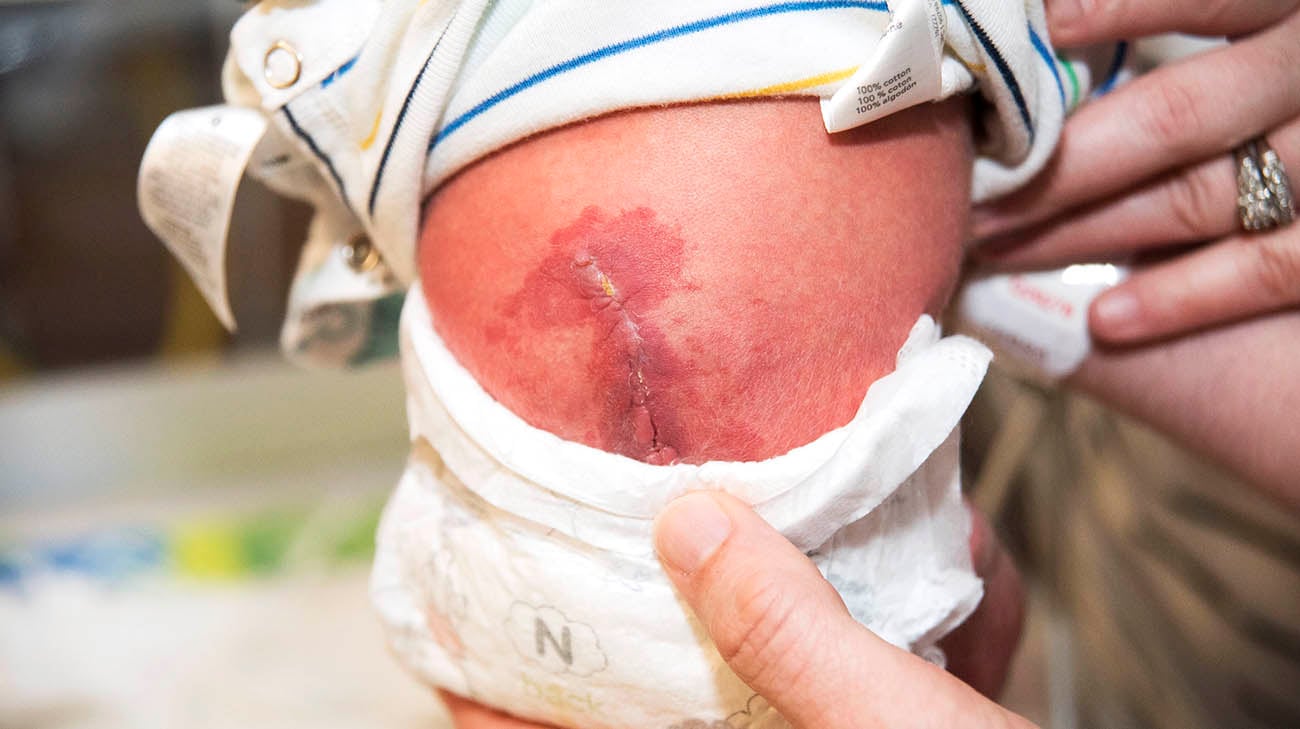 “In the McCaw’s case, the operation went perfectly, with an excellent closure,” notes Dr. Cass. “Thus far, the child has not required another operation.”

On September 14, Kimmie gave birth to a boy named Tyler James McCaw. For the foreseeable future, Tyler will be monitored by a multidisciplinary team of physicians near the family’s Oklahoma home, including a neurosurgeon to monitor Tyler's brain for any sign of hydrocephalus. Also, pediatric orthopedic surgeons will check on his leg function and determine if physical therapy or leg braces will improve his long-term functionality. Other specialists will be accessed as needed. 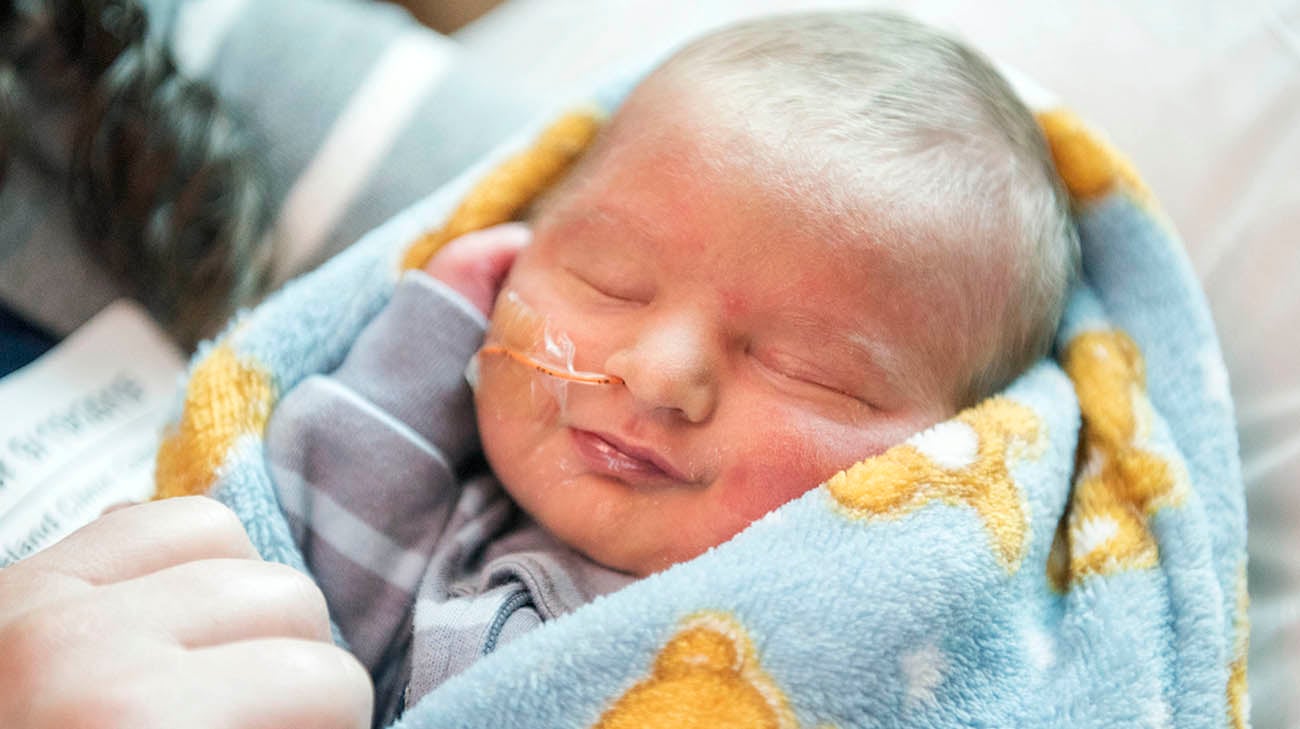 Tyler spent 12 days in the neonatal intensive care unit, at Cleveland Clinic, before he and the McCaw family were able to return back home to Oklahoma. (Courtesy: Cleveland Clinic)

“Tyler will benefit from a good team that will follow him as he grows,” says Dr. Cass. “I know they will work together to help him achieve the best outcome he can possibly have.”

Kimmie, Justin and their family are thrilled by Tyler’s arrival and thankful the effects of his spina bifida have been mitigated by the early interventional surgery. “We just want him to have the best life possible. The life every parent wants for their kid,” says Kimmie.

Justin adds, “I want him to do all the normal things a boy growing up should be able to do, but also, through this, be able to help other people.”