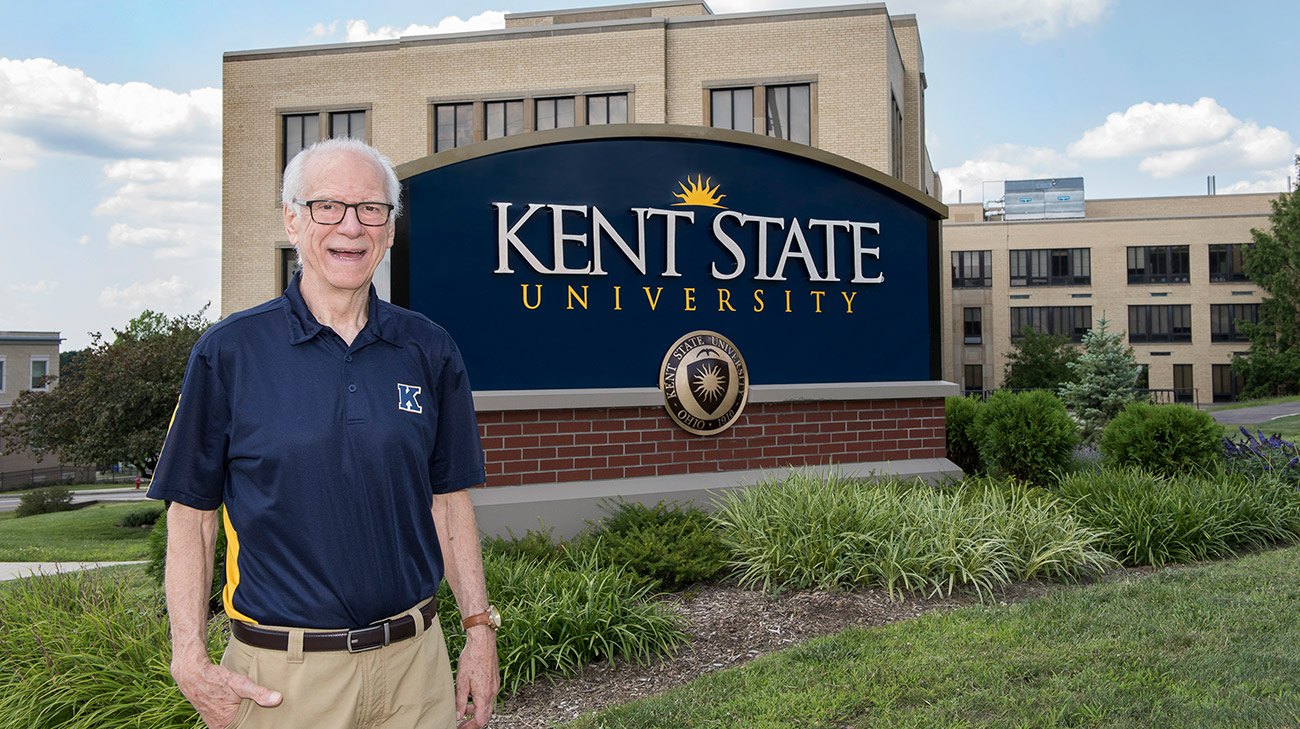 Bob made an appointment with Cleveland Clinic urologist oncologist Jay Krishnan, DO, who treats patients at Cleveland Clinic Akron General, Medina Hospital and Fairlawn Urology. At follow up appointments over the next few months, Dr. Krishnan discussed treatment options with Bob and his wife Shari. They made the decision to surgically remove Bob’s prostate.

“Bob’s previous radiation treatments resulted in changes to the tissue, which made the surgery more difficult,” says Dr. Krishnan, whose fellowship at Cleveland Clinic focused on advanced cancer of the prostate, bladder, and kidneys and robotic surgery. “I was able to do the procedure robotically via small holes, allowing for a minimally invasive procedure.”

Surgically, Bob did well. Mentally, he was not himself.

According to Shari, Bob had not been himself for quite some time. “His personality had been changing, I thought he was just becoming a grumpy old man,” she says. “Other people noticed it as well. He was less patient and more likely to snap at people. He didn’t like my meatloaf anymore. And he haggled with me over the purchase of a two dollar item.”

But the morning after prostate surgery, Bob was much worse. He recognized Shari, but no one else. He could not feed himself. And he didn’t know what year it was or who was president.

“I’m grateful for the attention I’ve received from the medical community – the care has been absolutely excellent from top to bottom. God has been so gracious to me; I can’t ask for any more favors. I don’t pray for myself, but I do pray every day for his people.”

“Initially, we thought Bob’s issues were the result of anesthesia, which can cause swelling. We kept him an additional day, hoping it was just taking longer than usual for the effects of anesthesia to wear off. That’s not unusual in older patients,” says Dr. Krishnan. “Shari insisted that something was wrong. She said he’d recovered within just a few hours following anesthesia for hip surgery. When Bob showed no improvement over several days, I requested a neurology consult and a CT scan was scheduled.”

The scan revealed a mass about the size of a baseball; it was pushing on the two frontal lobes of Bob’s brain and causing a lot of swelling.

Due to the complexity of Bob’s case, he was referred to Pablo Recinos, MD, a neurosurgeon in Cleveland Clinic’s Rose Ella Burkhardt Brain Tumor & Neuro-Oncology Center. Dr. Recinos specializes in skull-based surgery or ‘around the brain’ surgery.

Within 12 hours, Bob was transferred to Cleveland Clinic's main campus for surgery. At 4:30 a.m., Shari got a phone call asking her to come to answer medical questions because Bob was unable to. “I arrived at 6 a.m. and answered all the questions by 7:30 a.m. Then, Bob was in surgery for 12 hours,” she says.

Dr. Recinos shared that, as the population continues to age, neurosurgeons are seeing more of these kinds of tumors. Symptoms – like changes in personality, loss of smell, lower energy or slower behaviors, short term memory problems, flat personality or apathy, or not talking as much – may be normal signs of aging.

“In Bob’s case, he’d always been a nice guy but had become nasty with a bad temper and poor memory. Shari had to care for him more and more,” says Dr. Recinos. “There are a lot of things that can cause people to have these problems. The majority of the time, it’s not a tumor. But it may not just be signs of aging, so don’t leave things alone.” 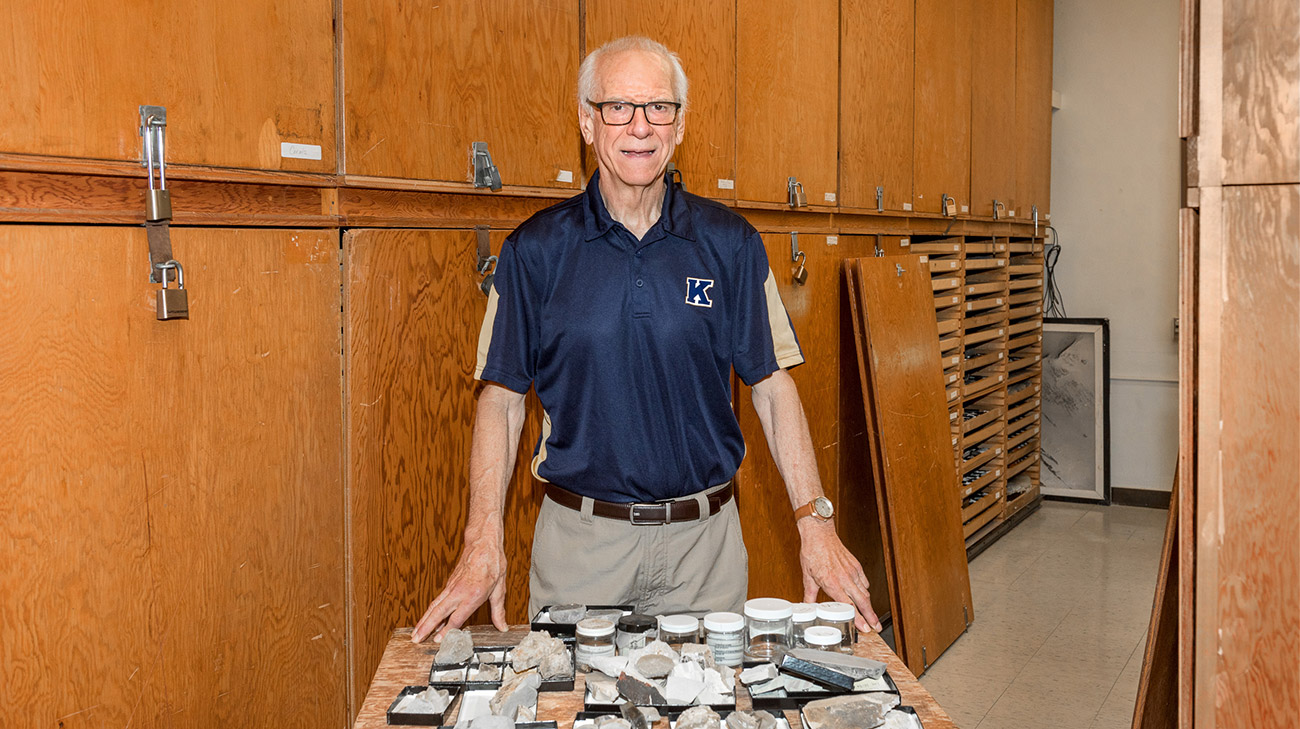 Due to the size and position of Bob’s tumor, Dr. Recinos used a traditional open surgical approach, removing a section of bone from the front of Bob’s head to get close to the base of the tumor to remove it.

“Once the benign tumor was removed, the frontal lobes could move back into place, and we borrow some tricks from craniofacial surgeons to ensure things go back into the exact right locations,” he explains.

Bob experienced some digestive problems after surgery, so he was hospitalized for about two weeks. Then, he was discharged to a nursing home where he underwent physical and occupational therapy to regain his strength. In a relatively short time, his cognitive issues were improving, and his personality began to change back.

“Over time, I’ve gone back to people I treated badly to apologize,” says Bob, who still has some challenges to overcome due to loss of strength and stamina.

He also went back to school. The retired chemical engineer wanted to make sure his brain still worked, so he signed up for a few classes at nearby Kent State University. He just completed a full course load during the spring semester and is working toward a degree in geology and physics.

Bob credits Shari with pulling him back from death’s door twice. “She’s a combination of Florence Nightingale, Mother Teresa and Wonder Woman who has carried me spiritually, physically and emotionally,” he says.

“I’m grateful for the attention I’ve received from the medical community – the care has been absolutely excellent from top to bottom. God has been so gracious to me; I can’t ask for any more favors. I don’t pray for myself, but I do pray every day for his people.”

“Post care has been unreal. I have a direct line to Dr. Koyfman. I can text him anytime; it’s so helpful to have my doctors in my back pocket.”
Read Story