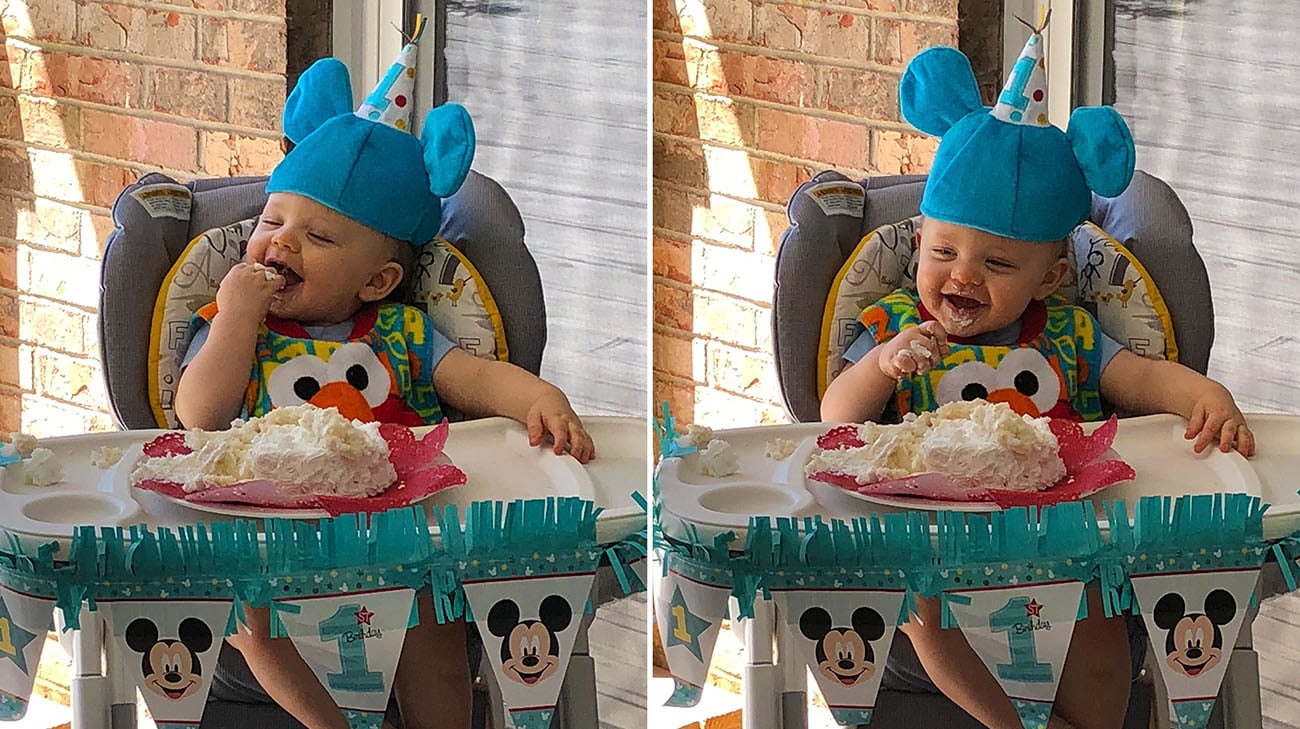 Baby Wesley couldn’t wait to dig into his celebratory smash cake. Decked out in Mickey Mouse ears for his Disney themed party, Wesley’s parents and grandparents all gathered to celebrate his first birthday – a milestone that may have seemed far reaching one year ago.

Reflecting on the past year, Wesley’s mother, Jennifer Chase said, “It’s a great wonder to look back and realize how far we’ve come with everything and how far we’ll continue to grow.”

That’s because one year ago, as Jennifer was entering the third trimester of her pregnancy with Wesley, an abnormal vein was growing inside her brain. The vein was located in the fourth ventricle –a fluid-filled section in the back of her brain. It was the cause of severe dizziness and double-vision. The larger the vein swelled, the more it threatened the life of 37-year-old Jennifer and her unborn child.

Her rare condition — a complex, tangled web of arteries and veins called an arteriovenous malformation (AVM) – occurs in less than 1 percent of the population. Its incidence is even rarer in an otherwise healthy young woman who happens to be pregnant. 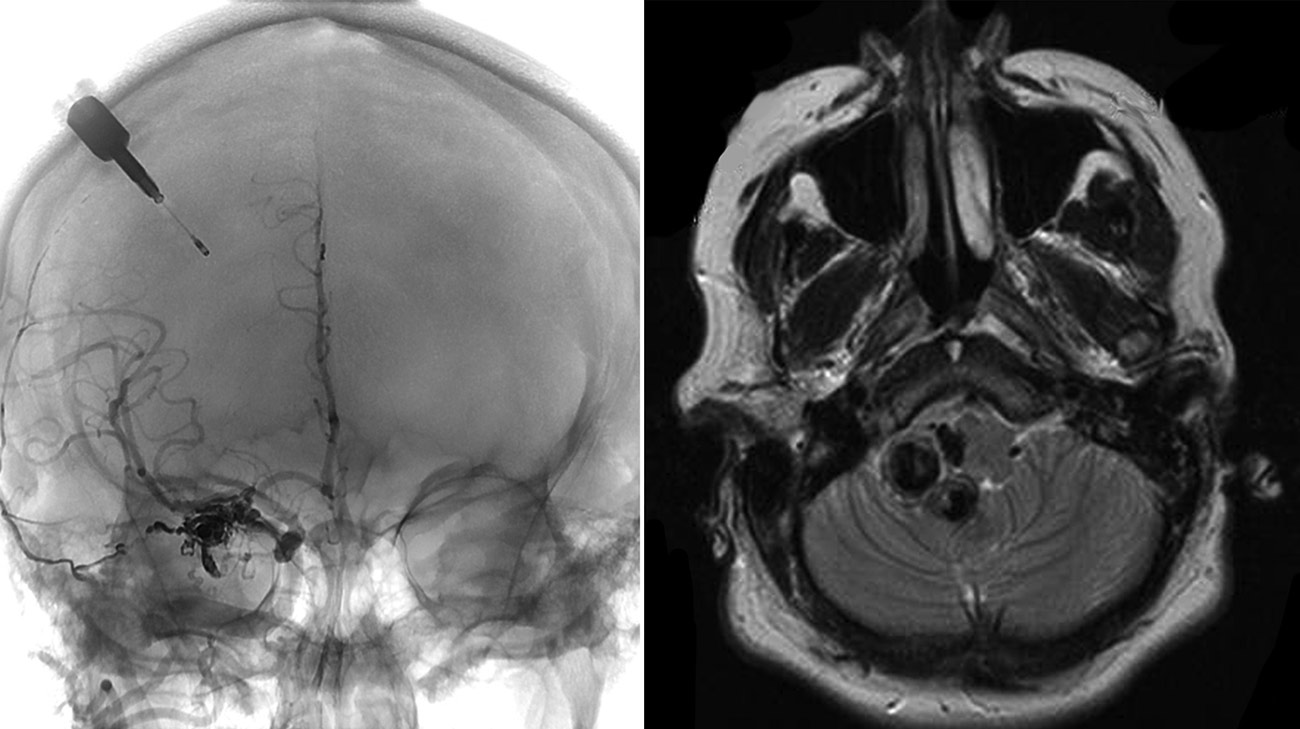 “When I was diagnosed, I had no idea what to expect. I remember thinking, ‘What the heck is an AVM?” she recalled, after a multidisciplinary team of Cleveland Clinic physicians explained her condition and treatment options. “That’s when I realized I might have the baby early.”

The specialists involved in Jennifer’s case contended with a vexing quandary: The longer they delayed a premature delivery, the better Wesley’s chances were at facing fewer complications. But Jennifer’s troublesome vein could rupture and hemorrhage at any moment, increasing the risk of serious neurological problems or even death.

According to neurosurgeon Mark D. Bain, MD, he and his colleagues (Katherine Singh, MD, a maternal fetal medicine specialist, and Thomas Masaryk, MD, a diagnostic radiologist) contemplated several treatment scenarios before deciding a course of action.

“This case was at the top of the complexity scale. There’s no textbook for it,” Dr. Bain said. “A combination of factors, especially her pregnancy, escalated the complexity and the risk that goes along with it. That’s why we needed to draw on multiple areas for collaboration.”

Ultimately, the team chose a three-phase strategy. First, the neurosurgery team drilled a tiny hole in Jennifer’s skull and inserted an intracranial pressure (ICP) device to monitor her brain’s level of cerebrospinal fluid (CSF) pressure. If a spike in pressure occurred, signaling the AVM may be worsening, the doctors would be aware immediately and be able to take mitigative action.

Next, the team performed a caesarean section at Cleveland Clinic’s Special Delivery Unit, waiting for as long as possible to enable the best outcome for Wesley. Unlike a conventional delivery, Jennifer was put under anesthesia, another attempt to reduce the likelihood of an increase in pressure during the birth. 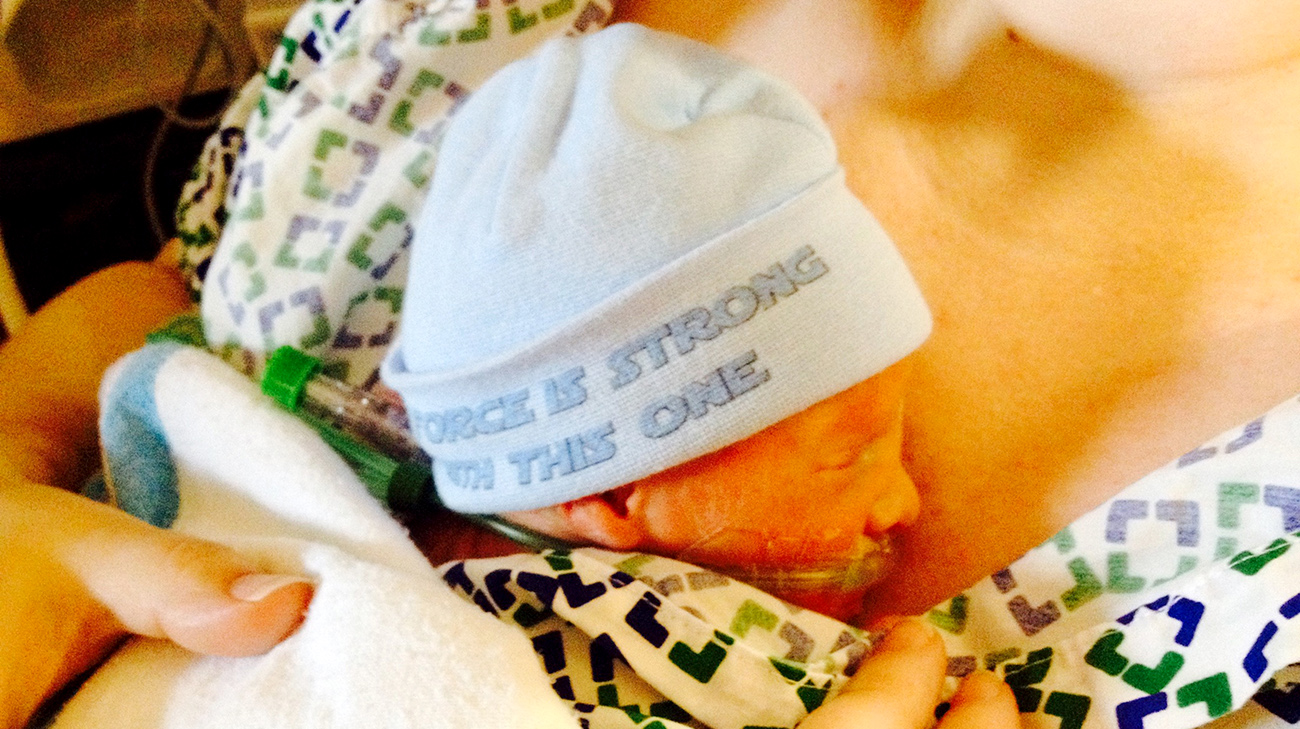 Jennifer was put under anesthesia during the unconventional delivery of her baby boy. (Courtesy: Jennifer Chase)

“By taking these steps, we felt we were doing all we could to ensure the best neonatal outcome,” explained Dr. Singh. “But we knew, if her symptoms got worse, we might have to change our plan immediately.”

Fortunately, Wesley was delivered without incident and was immediately admitted to Cleveland Clinic Children’s neonatal intensive care unit (NICU), a normal procedure for a premature birth. 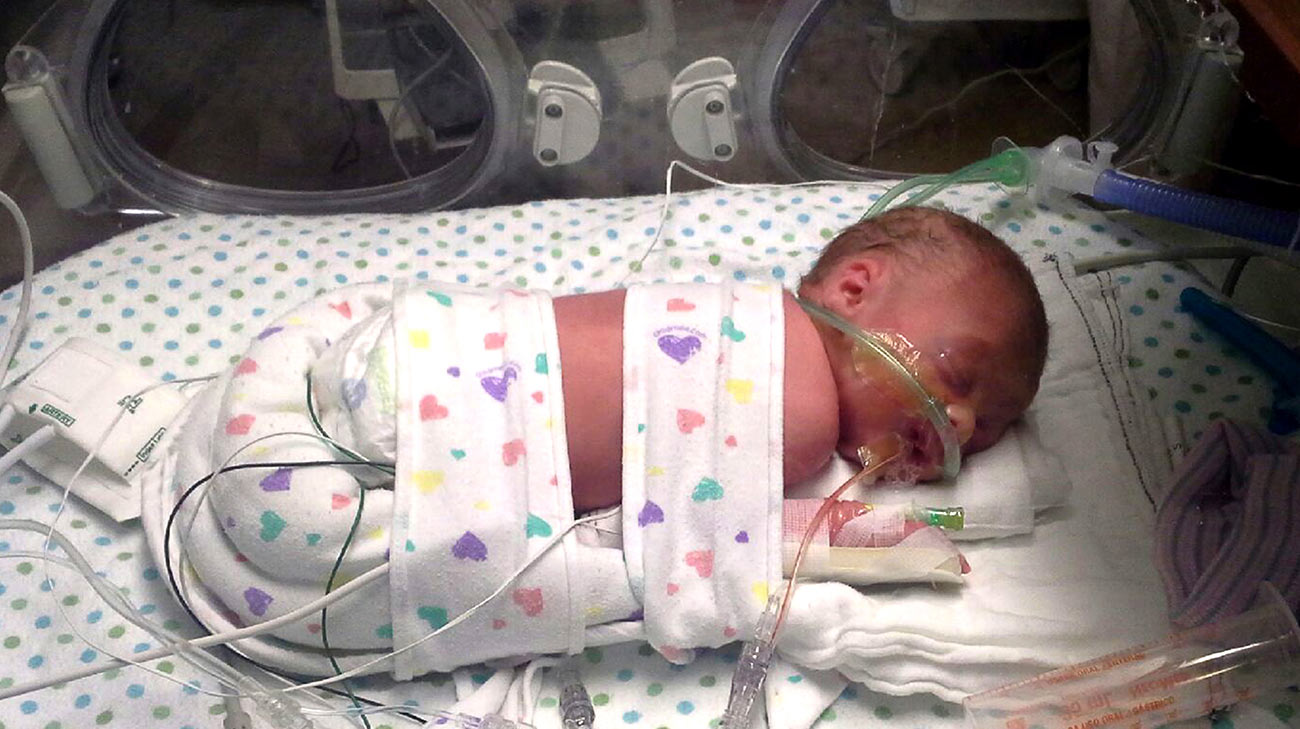 A day later, Dr. Bain could at last treat Jennifer’s AVM. He performed a minimally invasive embolization, inserting a small catheter into an artery in Jennifer’s groin and then feeding it up through a series of arteries to her brain, getting as close to the AVM as possible.

The procedure requires the use of X-rays and contrast agents (a dye-like substance that improves visibility of arteries and veins), another reason the team chose to delay the AVM until after Wesley was born. Using a glue-like obstructive material called Onyx, he sealed off the worrisome vein, enabling her blood flow to reroute through healthier tissue.

The procedure worked perfectly, and a few days later, Jennifer returned home. After 45 days, and countless 360-mile round trips by Jennifer and her husband, Chris, to visit Wesley, their son joined them in Parkersburg.

“We’ve been through so much, but we’ve had wonderful support every step of the way,” said Jennifer, “from the doctors and our family.” 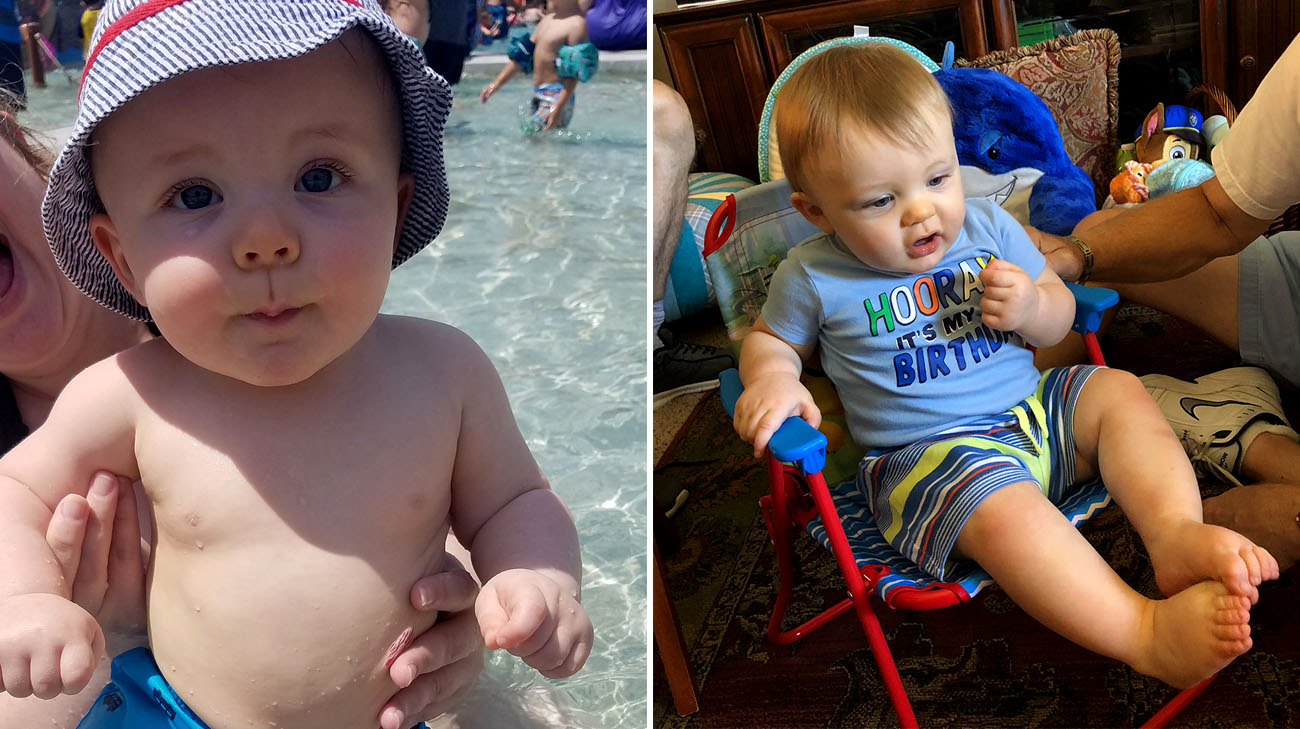 Wesley enjoying his time in the pool and with his family. (Courtesy: Jennifer Chase)

From taking his first steps to celebrating his first birthday, Jennifer and Chris look forward to conquering many more memorable milestones with Wesley in the future.

Jennifer’s wish for Wesley, “To continue having a happy, healthy life. He’s shown to be a good fighter so my hope is he continues that. We’ve been so blessed.”