Ajit Tolani was 15 years old when, while taking a shower, his hand began turning blue. Doctors near his home in India diagnosed him with scleroderma, a rare autoimmune disease that can cause skin and other parts of the body to thicken and harden.

The condition didn’t seem to get worse, just causing his fingers to enlarge slightly and sometimes turn blue in cold temperatures. Ajit was in good health overall, despite some acid reflux, for which he took medication. He stayed active and built a successful career as an international tax lawyer. 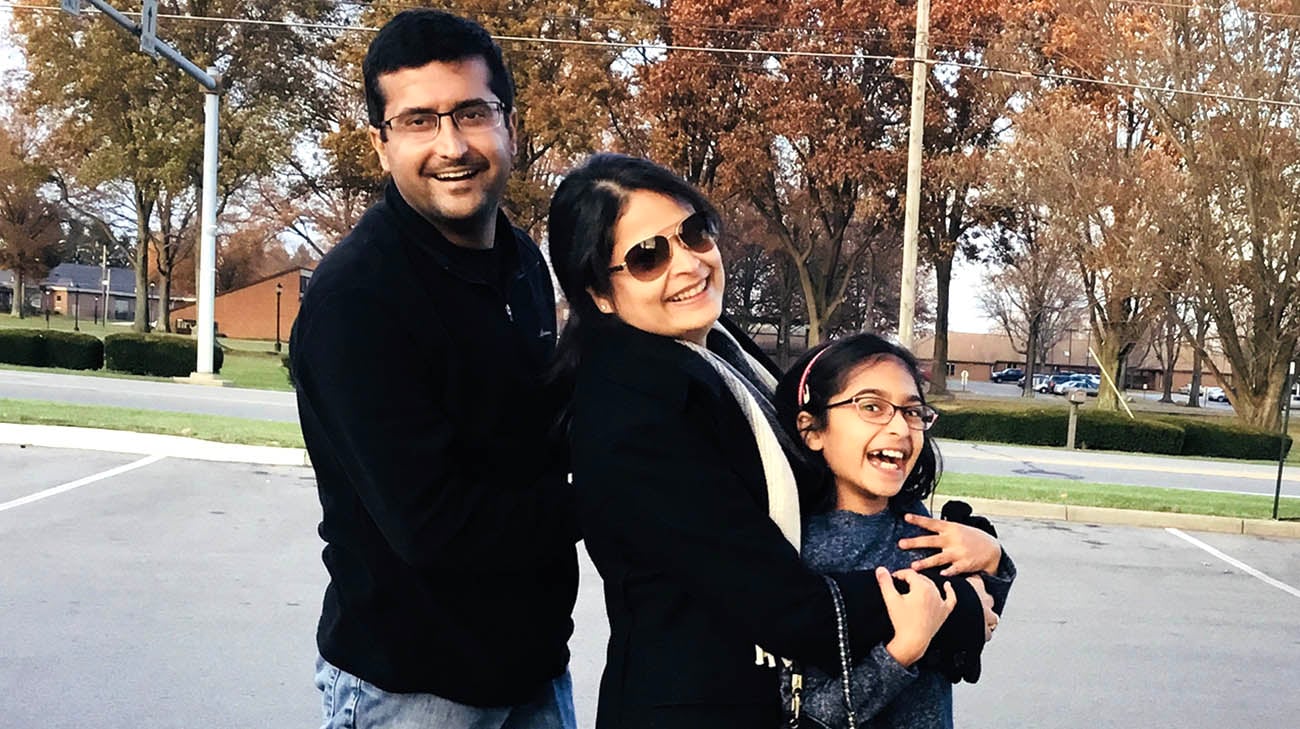 But nearly 20 years later, in 2014, his wife, Shruti, noticed a strange cough whenever Ajit would walk or run. “Within a few months, I started getting fevers and sometimes pneumonia,” says Ajit.

In July 2016, doctors in India told him he was fine — that his lungs were healing and that he’d be back to normal soon. But by September, things looked different. One doctor told Ajit he had only a few months to live.

A friend connected the Tolanis with a local family of a lung specialist who worked in the U.S., Atul Mehta, MD, of Cleveland Clinic’s Department of Pulmonary Medicine, part of the Respiratory Institute. By chance, Dr. Mehta was visiting in India and agreed to meet with Ajit.

“He came to me with all his charts, X-rays and CT scans and asked for my advice,” says Dr. Mehta. “It was obvious that he was suffering with scleroderma and that his lungs were heavily affected. He was already at the end stage of pulmonary fibrosis, scarring in the lungs that makes it hard to breathe.”

Dr. Mehta recognized that Ajit’s esophagus also was affected by scleroderma, which was causing his acid reflux. As he’d regurgitate food and liquid, he’d sometimes inhale it into his lungs, causing regular bouts of pneumonia. All of that had led to pulmonary hypertension as well. 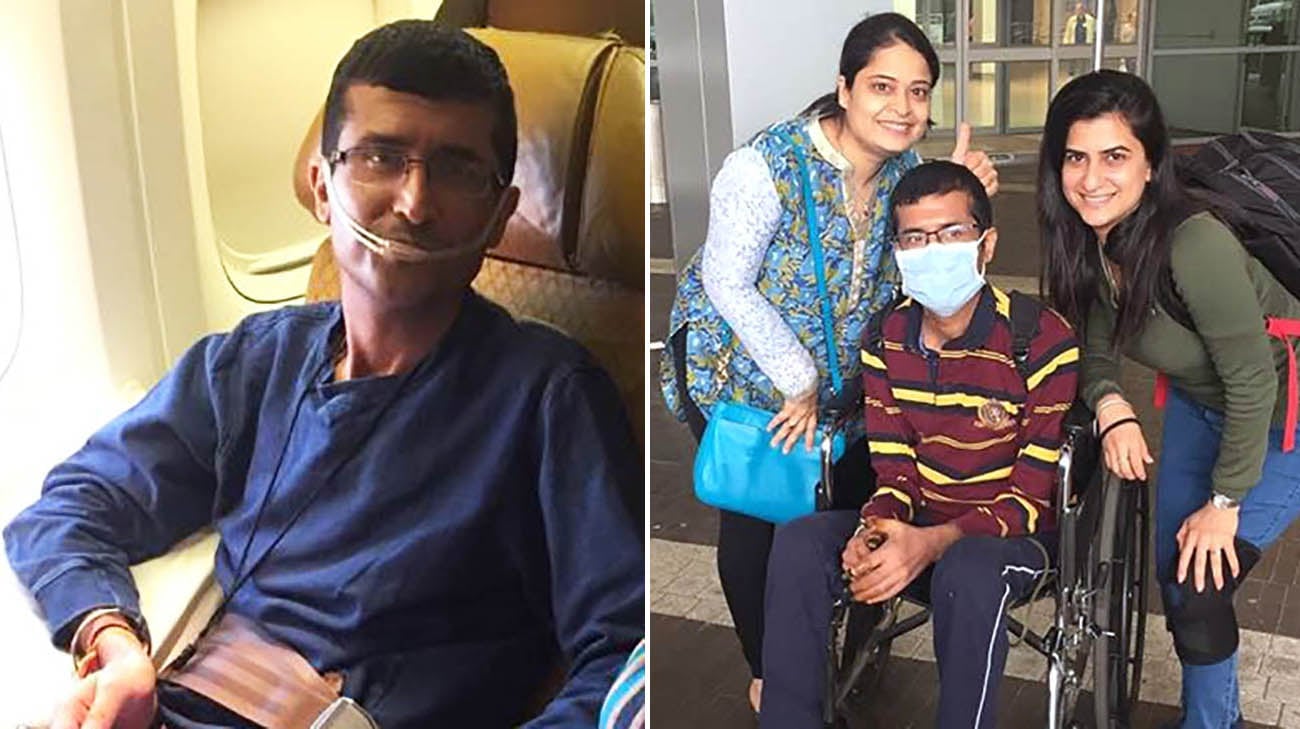 Ajit and his family flew from India to Cleveland Clinic to undergo a life-saving lung transplant. (Courtesy: Ajit Tolani)

Knowing treatment options were limited elsewhere, Dr. Mehta urged Ajit and his family to come to Cleveland Clinic as soon as possible. The Tolanis, guided by Cleveland Clinic’s Global Patient Services (GPS) team, flew to the United States in December 2016.

“The whole GPS team went out of their way in giving us immediate appointments and working out schedules,” says Ajit. “They offered us travel arrangements and accommodations. They had my oxygen cylinders ready when we landed in the U.S.”

By the time Ajit arrived at Cleveland Clinic, his condition had worsened. He was on continuous oxygen. Lung transplantation was his only remaining treatment option.

“He had some of the worst esophageal disease we have ever seen in our lung transplant program,” says Dr. Mehta.

That’s often a reason to deny transplant. If the esophagus isn’t working, reflux can damage the new lungs as well. But Ajit’s team at Cleveland Clinic had a plan.

“We take a lot of pride in offering this therapy to patients with advanced diseases,” says Cleveland Clinic lung transplant surgeon Kenneth McCurry, MD. “About 15 to 20 percent of the patients that we transplant have been declined by other transplant centers.”

While waiting for donor lungs, Ajit was placed on an artificial lung machine. During that time — about one month — he went into cardiac arrest, weakening his body even more. After that, he developed an infection, officially making him ineligible for transplant. 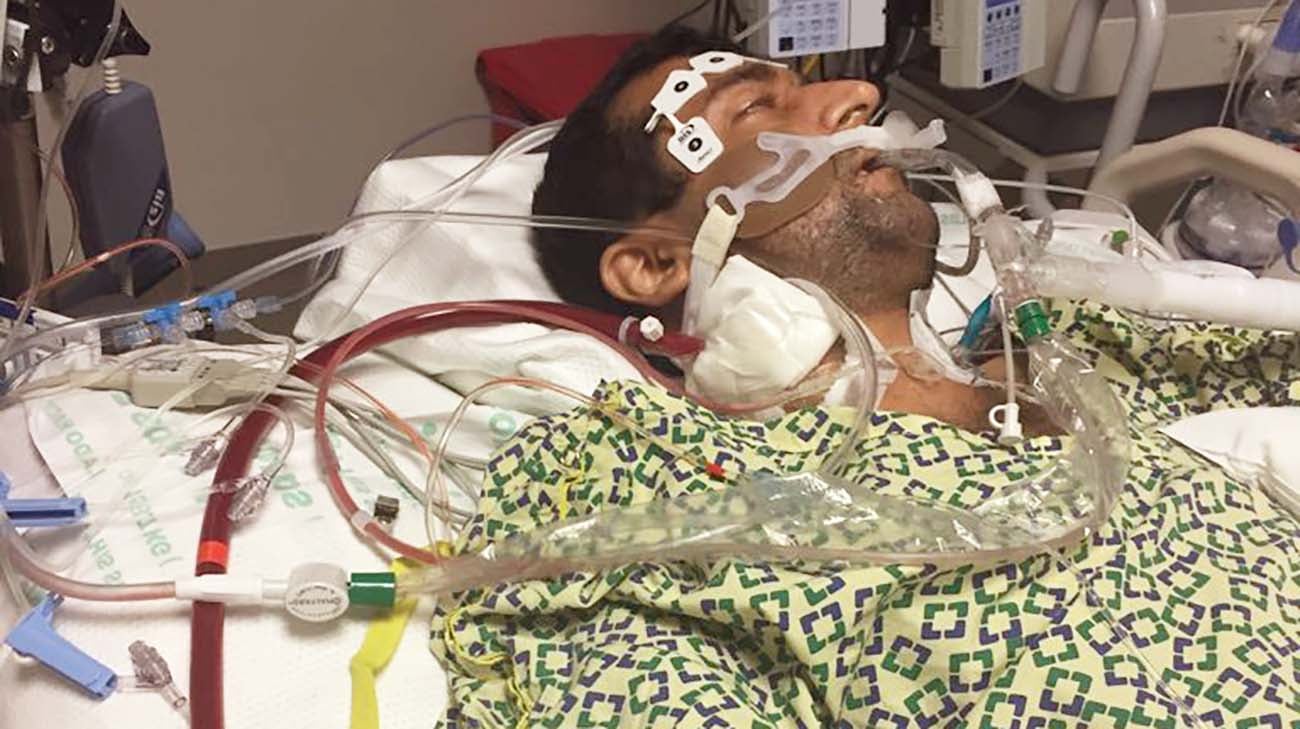 Doctors put Ajit on extracorporeal membrane oxygenation (ECMO) when his lungs could no longer work on their own. (Courtesy: Ajit Tolani)

“I had to call his entire family,” says Dr. Mehta. “I told them that he may not make it to lung transplantation because he is septic and we had to remove him from the transplant waiting list.”

But the Tolani family would not give up hope.

Three days later, Ajit’s infection disappeared, and his medical team agreed to relist him for lung transplant. One week later, Ajit had received his new lungs — but his battle was only half over.

While he was breathing on his own a few days after transplant, he was still the “sickest guy in the hospital,” says Cleveland Clinic thoracic surgeon Sudish Murthy, MD, PhD. “It's not just his lungs that were the problem. His whole body was profoundly deconditioned.”

To stop him from regurgitating stomach acid and potentially damaging his new lungs, Ajit was fed through a tube in his abdomen. He could not eat or drink by mouth for five months. Eventually, he healed from the transplant and regained enough strength for a second Laparoscopic Antireflux surgery to tighten the bottom of his esophagus and reduce acid reflux. 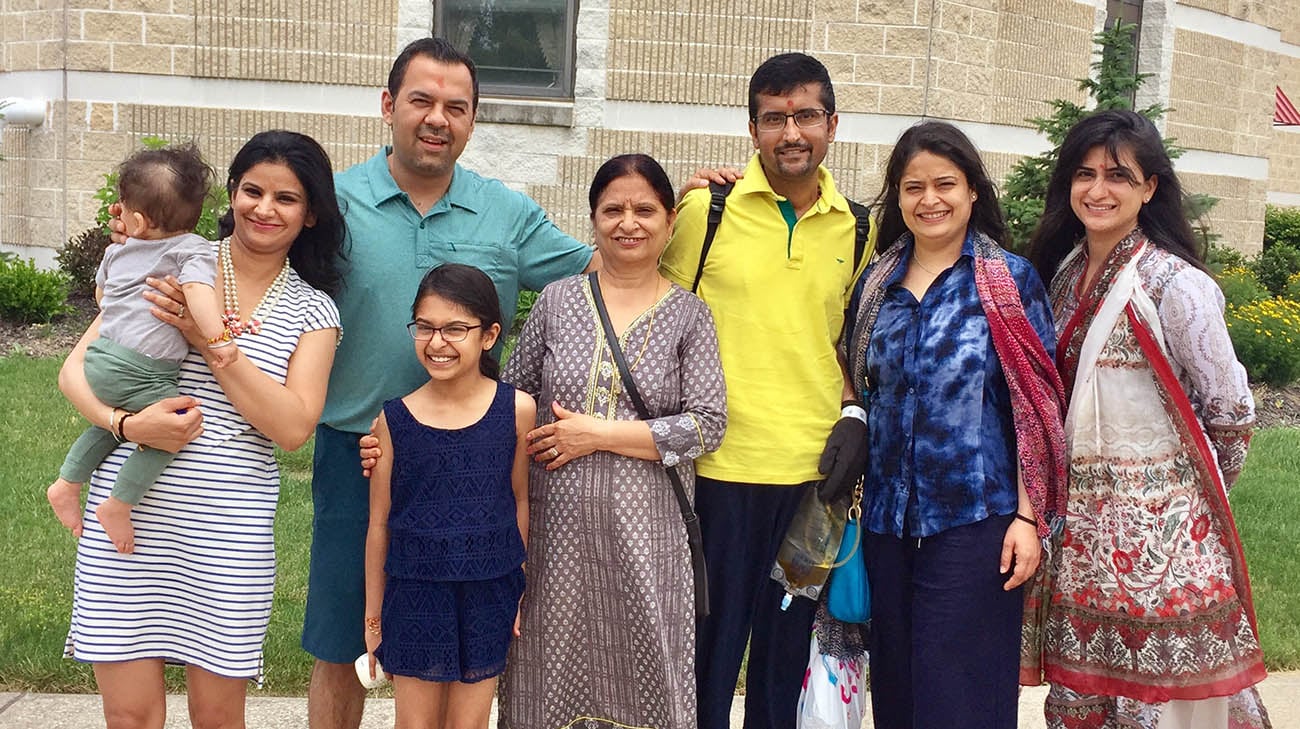 Ajit with his wife, daughter, sister and wife's family, at a temple, in Brunswick, Ohio. (Courtesy: Ajit Tolani)

Today, Ajit is living in Northeast Ohio with his wife and 11-year-old daughter. He will take immunosuppression medications for life due to his lung transplant, but also to keep his scleroderma under control.

“My scleroderma has become much better because of these meds,” he says. “The flexibility in my fingers is full.”

He now stays active at the gym, doing yoga and gymnastics. He has started working again. And he can eat anything he likes, including his favorite food, chicken wings.

“His resolve before the transplant was inspiring and that resolve has been surpassed only by his resolve after the transplant to get better,” says Dr. McCurry. “He's done a spectacular job and worked quite hard.”

“I see life actually better than it was,” says Ajit. “Two years ago, I was just focusing on work. But now I focus on life. Cleveland Clinic has given me a second life.”