Radiosurgery for Spine Tumor Keeps Man on His Motorcycle 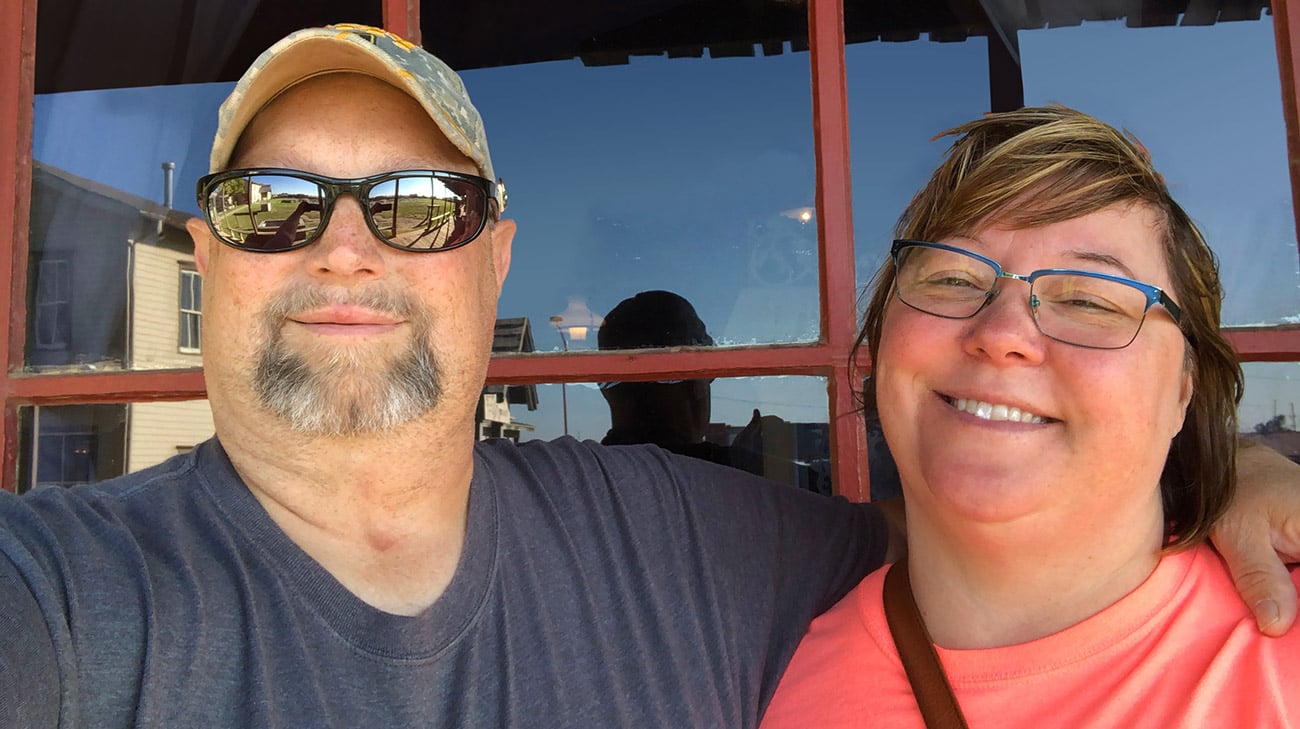 Tim Wojnowski thought it was the end of the world when he heard he had prostate cancer. But that was 10 years ago.

Since then he has ridden out west on his motorcycle, twice. He completed a 25-year career with the U.S. Coast Guard. And he has continued to enjoy camping trips with his wife, Tricia.

Leg pain tried to sideline him in 2016. He began having trouble walking and needed to use a cane. When trying to stand up, he’d fall back into the chair.

“I couldn’t ride anymore or do a lot of other things,” says Tim. “I couldn’t help around the house, as we were getting ready to move from Wellington, Ohio, to Toledo.”

An MRI scan found that his prostate cancer had spread to his spine, and the tumor was pressing on nerves in his lower back, causing the leg pain. That’s when Tim’s oncologist referred him to neurosurgeon Lilyana Angelov, MD, and radiation oncologist Samuel Chao, MD, who work jointly on the management of spine tumors at Cleveland Clinic’s Rose Ella Burkhardt Brain Tumor and Neuro-Oncology Center.

“I’m thankful to be at Cleveland Clinic, where I have access to clinical trials and innovative treatments like SRS.”

Typical treatments include surgery, conventional radiation therapy over days or weeks, and chemotherapy. Some of these options are painful, require significant recovery time or come with unwanted side effects. But Cleveland Clinic is one of few locations in the U.S. that offers another option, a noninvasive outpatient procedure called stereotactic spinal radiosurgery.

Stereotactic radiosurgery (SRS) pinpoints the tumor with narrow radiation beams and a 3-D targeting system, explains Dr. Angelov. Physicians concentrate higher doses of radiation on the tumor while minimizing radiation on healthy tissue, which means few, if any, side effects and virtually no recovery time.

Tim had one visit to prepare for SRS and then had the treatment two weeks later.

“The tumor was pressing on my spinal cord, so traditional surgery would have been difficult,” he says. “SRS was more precise and could get to just the right spot.”

Tim lay on a treatment table, with markings on his skin to help correctly position his body for the radiation beams. He felt nothing as the rays targeted his spine tumor. The entire procedure took less than one hour.

“I went home right after the treatment,” says Tim. “I felt tired, but the fatigue and the leg pain got a little better every day. I knew the SRS was working.”

A year later, in October 2017, Tim had SRS a second time, after an MRI scan showed tumor progression in other areas of his spine. In July 2018, he had one week of regular radiation therapy on his lower spine to supplement the other treatments. Future MRI scans will check Tim’s progress as he also continues to take chemotherapy medications.

While not riding as much as he used to, Tim still takes his bike out occasionally. And he still enjoys camping.

“I’m thankful to be at Cleveland Clinic, where I have access to clinical trials and innovative treatments like SRS,” he says. “I’ve been fortunate to avoid traditional spinal surgery, with rods and screws, and have faster recovery after treatments.”