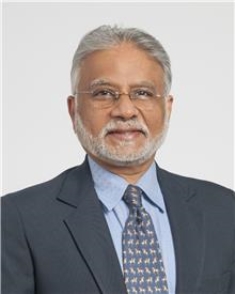 In 1993 he was awarded the Distinguished Physicians of the Year by the Indian Physicians of Northern Ohio and in 1992, the Cleveland Clinic's Bruce Hubbard Steward Award for his ability to combine sensitivity and compassion with knowledge and skill in the practice of medicine.

He serves on the editorial boards for several professional journals including the Journal of Bronchology, Lasers in Surgery and Medicine and Cleveland Clinic Journal of Medicine. He is a reviewer for CHEST, Cancer, American Journal of Respiratory and Critical Care Medicine, and the New England Journal of Medicine. 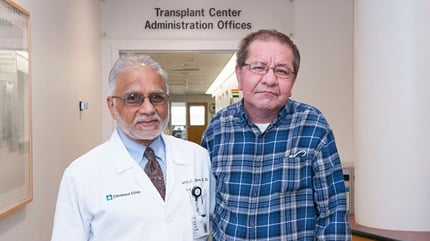 Meet the Father Whose Transplanted Lungs Have Lasted 26 Years

Was told I would be seen around 4-15-22 by Dr. Mehta . Received message saying it was in March .. I have called twice this week and have not received a call back to set spot in mid April . I see Dr. Mehta. Every 4 mos for follow up .

I was considering Dr. Mehta for this part of the survey

Dr. Mehta is the absolute BEST!!!

I travelled more than 1200 miles to specifically see Dr Atul Mehta. He is a great healer and patient advocate. I trust him completely and he has my deepest respect.I pray he will always be a care giver.

Fine experience - Dr. Mehta is always willing to answer questions regarding meds, and general inquiries about my COPD. Since I only am able to see him once a year this very important to me.

Dr. Mehta talks with me as though I'm his only patient of the day. I feel he genuinely cares about me and my health.

Dr. Mehta and his staff were excellent! I would recommend Dr. Mehta to any patient with lung disease.

I have always received exceptional care from Dr. Mehta and the staff

Dr was outstanding! Showed real care and concern and we felt very confident that he could really help mom.

Dr. Mehta is probably the best doctor I have ever had in taking time and explaining EVERYTHING and answering all of our questions. The world many more DR. Mehta's!!!

Dr. Mehta is a very kind and compassionate physician. He is a wonderful person and physician. I highly recommend Dr.Mehta.

The doctor was very informative and answered all of my questions. I really trust him with my care.