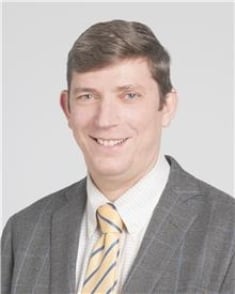 Stefan David Holubar, MD, MS, FACS, FASCRS is the Section Chief of the Inflammatory Bowel Disease Section and Director of Research for the Department of Colon & Rectal Surgery at the Digestive Disease & Surgery Institute. He is also the National Surgical Quality Improvement Surgeon Champion for the Cleveland Clinic Foundation.

Background: Dr. Stefan Holubar was born and raised on Long Island. Stefan is a first generation American as his mother immigrated to New York from Stockholm Sweden, and his father family was of Ukrainian descent; Stefan has working knowledge of Swedish and German languages. Stefan’s wife is also a first generation (German)-American and is fluent in French. During medical school Stefan overcame stage 3 colon cancer related to long-standing ulcerative colitis treated with a modified 2-stage IPAA (J-pouch).

Number of Procedures Performed: In addition to seeing hundreds of patients in clinic, each year, Dr. Holubar performs over 200 – 250 major colorectal operations annually, most commonly for IBD.

Education and Training: Dr. Holubar received his Medical Degree from the University of Vermont College of Medicine in Burlington VT in 2002. After medical school, he completed his residency at North Shore Long Island Jewish Health System, where he served as Chief Resident in 2007. He continued his clinical training with a clinical fellowship in Colon & Rectal Surgery from Mayo Clinic, Rochester MN where he also completed a 2-year special fellowship during which he earned a Master of Science degree in Clinical & Translational Science, with a focus on Biostatistics and Epidemiology from Mayo Clinic in 2010. During these three years, he published over 30 peer reviewed manuscripts and dozens of national scientific presentations. Throughout his academic training, Dr. Holubar was honored for academic excellence has received several teaching awards. After Mayo, he joined Dartmouth-Hitchcock Medical Center and was eventually appointed Chief of the Division of Colon & Rectal Surgery.

Presently within the Department of Colon & Rectal Surgery he serves as the IBD Surgery Section Chief, the Director of Research, and as the NSQIP Surgeon Champion for the Cleveland Clinic Foundation, and developed the database structure and oversees the Digestive Diseases Surgery Institute Quality Collaborative (DDSI-QC) for Colorectal Surgery across the Cleveland Clinics. On a national level, Dr. Holubar is actively engaged in helping lead the NSQIP IBD Collaborative, serves as Vice-Chair for the American Society of Colon & Rectal Surgery (ASCRS) IBD Committee, Co-Chair for the Crohn’s & Colitis Foundation’s Professional Education Committee, and is on the Program Committee for the annual scientific meetings for ASCRS, Digestive Diseases Week (DDW), the Crohn’s & Colitis Congress (CCC), and is a regular speak at Advanced in IBD. He also is an active contributing member of the European Crohn’s & Colitis Organization (ECCO). He has lectured nationally and internationally on various IBD topics related to his specialty interests.

He has served as a reviewer for multiple journals, including JAMA Surgery, American Journal of Gastroenterology, Inflammatory Bowel Diseases (Editorial Board member), Journal of Surgical Research, IBD 360, and many others. To date, Dr. Holubar has published over 130 peer-reviewed articles, more of which are on IBD, more than a dozen book chapters, & 1 book (coeditor).

About Dr. Holubar: “I would describe myself as an honest, flexible and empathic physician-scientist whose principal desire is to relieve human suffering and is why I always am striving to achieve mastery of colorectal surgical techniques. Similarly, my intellectual curiosity, which stems from a childhood appreciation of science-fiction when I was ill from colitis, drives both my approach to clinical decision-making, and desire to advance the state of the art of health care for our patients via perpetual clinical research. It’s an honor to serve my fellow patients and humanity in this manner, and to serve as a role-model for the next generation of healthcare providers.” 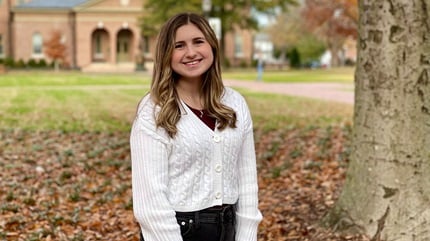 Dr Holubar went out of his way seen me the next possible appointment on zoom and prepared the following day for tests and follow up. Dr Holubar and his nurse Jacqueline did everything they could to ease my suffering . Cleveland Clinic is fortunate to have Dr Holubar and so are any of his patients.

The stoma nurse was soooo helpful.She went above and beyond to explain things to us.

I have the greatest respect for Dr. Holubar.

I had my system up and running and I waited for Dr. Holubar to respond. I was somewhat put off by the fact that he was driving his car while talking to me. There was one question he asked me, and I didn't have a ready response.

*Dr. Holubar, his fellow, *Dr. Lucaz, came in everyday reviewed my case I felt very comfortable with *Dr. Holubar. He is confident & professional.

My computer does not have camera capability, but was able to talk directly to Dr. Holubar on a phone call.

Dr Holubar has been amazing, in explaining everything and the work he has done for me. Thank you so much Dr Holubar

Very great and knowledgeable team. So happy to have experienced and professional doctors and surgeons.

I love *Dr. Holobar and his team. They are the absolute best. *Dr. Holobar saved my life in Jan. 2021. I am so grateful.

I have in fact recommended Dr Holubar to people in my home town. He takes his time with you and allows you to ask any and all questions you may have. I have NEVER been treated with such kindness, compassion and genunine concern as a patient until I came to see Dr Holubar!!

I cannot say enough about my amazing journey to wellness from Dr Holubar and staff!!!

*Dr. Holubar helped me understand every step of my journey - so precise, knowledgeable - what I was most impressed with though was his outstanding supportive bedside manner - compassionate, empathetic, kind, I am so grateful.