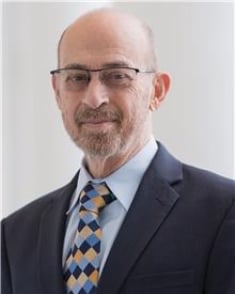 Dr. Nissen’s research during the last two decades has focused on the application of intravascular ultrasound (IVUS) imaging to study the progression and regression of coronary atherosclerosis. He has served as International Principal Investigator for several large IVUS multicenter atherosclerosis trials.

Experience: Dr. Nissen has more than 35 years of experience as a physician. He is world-renowned for his work as a cardiologist, patient advocate and researcher. Equally as significant is his pioneering work in IVUS technology and its use in patients with atherosclerosis.

Publications and Speaking: Dr. Nissen has written more than 400 journal articles and 60 book chapters, including many published in the New England Journal of Medicine and the Journal of the American Medical Association. In recent years, he has also written on the subject of drug safety and was the author of manuscripts highlighting concerns about medications such as Vioxx™, Avandia™, and muraglitazar.

He has testified in both the Senate and the House of Representatives on the topic of drug safety as well as the need to reform the Food and Drug Administration (FDA).

As a physician/scientist, Dr. Nissen is often called on by pharmaceutical companies to consult on the development of new therapies for cardiovascular disease. He maintains a long-standing personal policy that requires these companies to donate all related honoraria directly to charity.

Dr. Nissen is currently the editor of Current Cardiology Report.  In 2007, he was listed as Time Magazine 100 Most Influential People in the World – Scientists and Thinkers."

He is heavily involved with the American College of Cardiology (ACC), serving as President from March 2006 to March 2007, a member of the ACC Executive Committee from 2004 to 2008, and spending 10 years as a member of the organization’s Board of Trustees. In addition, Dr. Nissen has served several terms on the Program Committee for the ACC Annual Scientific Sessions.

Dr. Nissen served as a member of the CardioRenal Advisory Panel of Food and Drug Administration (FDA) for five years, and as chair of the final year of his membership. He continues to serve as a periodic advisor to several FDA committees as a Special Government Employee.

Dr. Nissen frequently lectures at national and international meetings. He has served as visiting professor, or provided Grand Rounds, at nearly 100 institutions.

About Dr. Nissen: “I am fiercely independent and don't accept compensation from industry for consulting or speaking.

Leisure time activities: In his leisure time, Dr. Nissen likes to bicycle whenever possible. He is also an advanced amateur photographer.

Consulting and/or Speaking. Dr. Nissen receives fees of $5,000 or more per year as a paid consultant, speaker or member of an advisory committee for the following companies:

Donation of Financial Interest. Dr. Nissen has consulted for, received compensation for serving as a fiduciary from, or received royalties from the following companies but instructed them to donate all compensation to not-for-profit causes or to the Cleveland Clinic to support research and education: