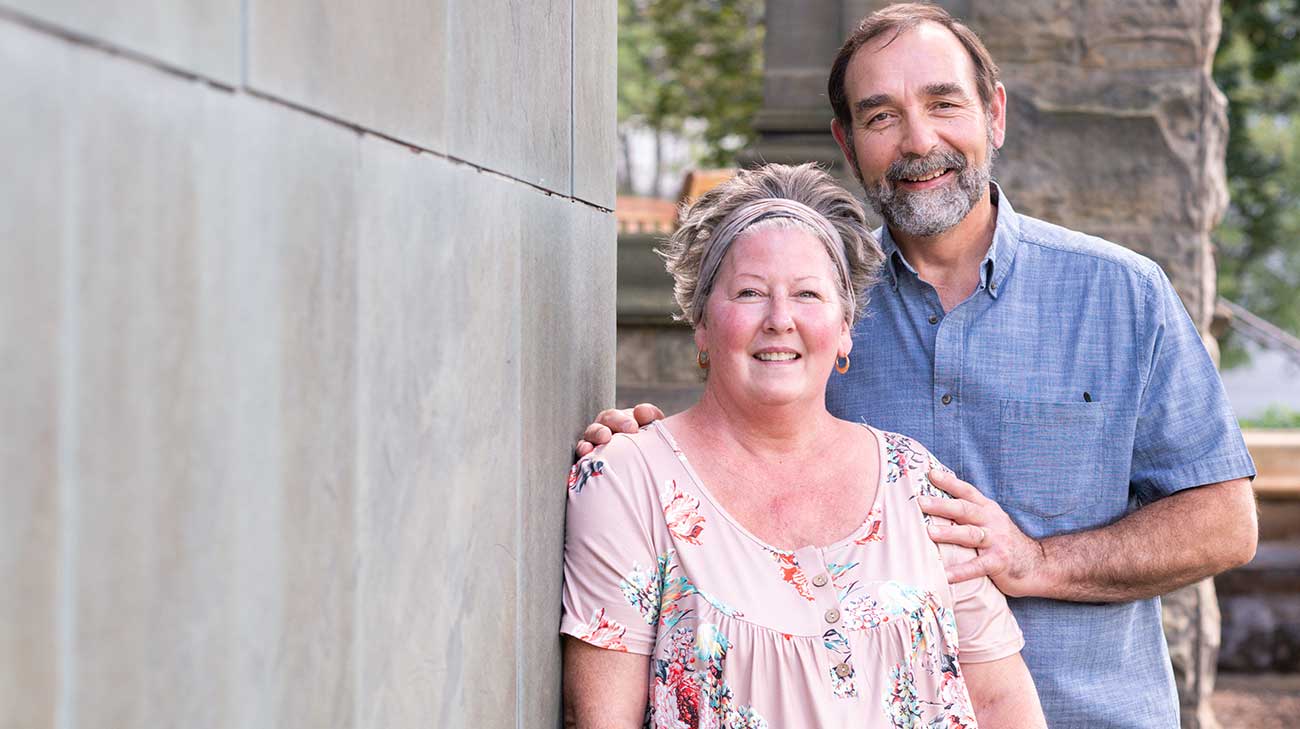 In December 2021, Traci and Don Hiltz celebrated their 30th wedding anniversary. The beginning of their marriage coincided with Traci’s long journey of organ failures, leading to three life-changing surgeries and countless doctors. Health struggles have made the Hiltz’s union strong.

“Doctors have always told me that I’m unique and my case is challenging,” says Traci. “At Cleveland Clinic, we are finally getting a real understanding of my congenital kidney, brain and heart issues.”

It was a heart emergency in 2019 that brought the Hiltzes, of Cadillac, Michigan, to Cleveland Clinic. Now, working with Cleveland Clinic’s National Consultation Service (NCS), Traci has a team of physician specialists dedicated to her care. The Hiltzes say they have a greater feeling of stability and progress than they have had in decades. In his 40 years as an internal medicine doctor, Daniel Sullivan, MD, Director of the Cleveland Clinic NCS, says he has never seen a more complex case than Traci’s. He has been overseeing her care for the last two years.

In 1992, just a month after the Hiltzes married, Traci had kidney surgery that led to complications and a two-day surgery that saved her life. Thankfully, Traci recovered and soon the couple had two young boys to raise. Then, late one night in 1998, Traci was rushed to the hospital for a leaking aneurysm on her brain that ruptured while in surgery. This led to a week-long coma.

“The doctors were amazed she survived, there was so much damage to the part of the brain that manages automatic responses like breathing,” Don Hiltz explains. “She made a miraculous recovery, and it took four years for her to be in a place where she could function and be the mom she wanted to be.”

“The boys were 3 and 5 when I had the surgery, and I didn’t want my health to dictate our lives, so I worked hard. I wanted to go on those school field trips and enjoy our time,” says Traci. In 2009, she was able to take on a part-time job as a home caregiver for the elderly, a job she says she dearly loves.

But for two decades Traci was resilient in the face of debilitating symptoms, including memory failure, daily headaches, occasional seizures, and post-traumatic stress disorder. She went to a series of specialists, had surgeries, and took medications to help ease the pain.

By 2019, it was Traci’s heart that was showing signs of weakness. In February, she needed surgery to replace a heart valve and repair an aneurysm. Following cardiac rehabilitation, her heart symptoms took a turn for the worse and she was admitted to the hospital in June for a five-day medical workup. Exhaustive testing gave no conclusive results to pinpoint what was wrong. 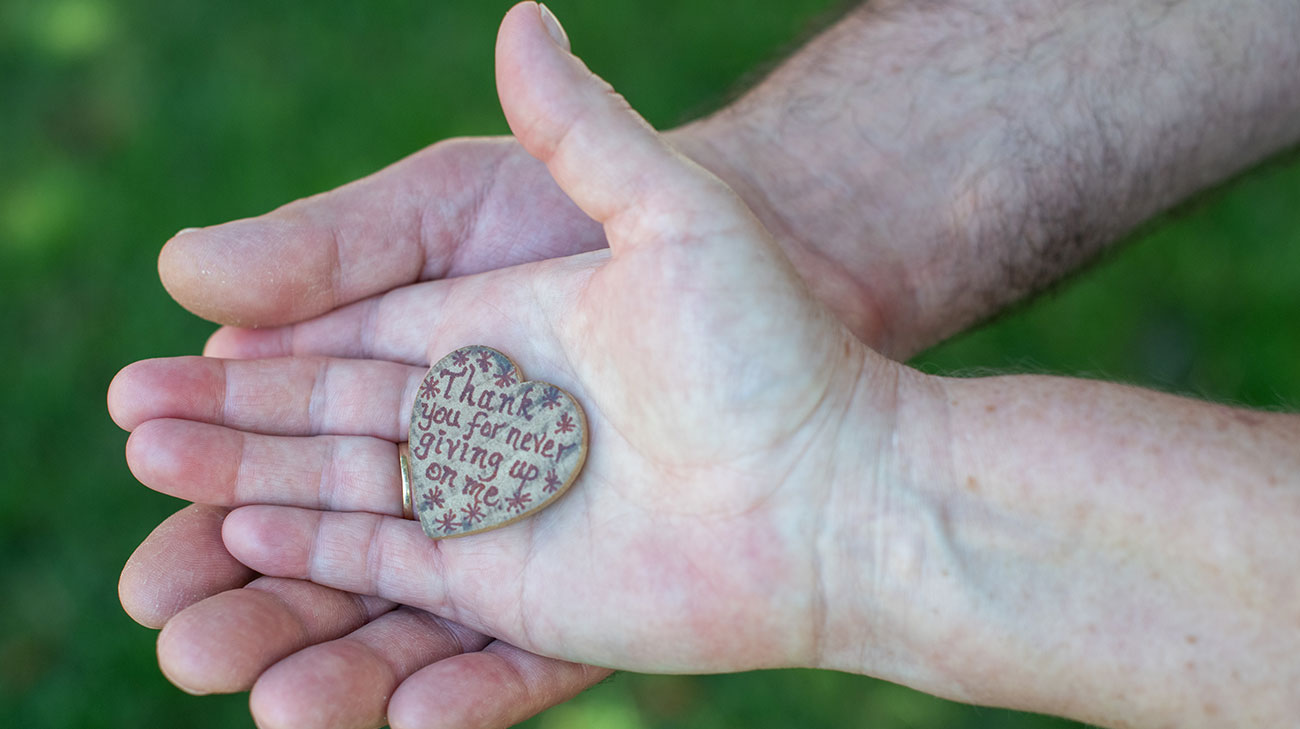 Even when times were tough. Traci and Don Hiltz never gave up hope. (Courtesy: Cleveland Clinic)

By the fall of 2019, the Hiltzes decided it was time to find a care team that could manage Traci’s health in a comprehensive way. With guidance from her doctor in Michigan and online research, they found Cleveland Clinic’s National Consultation Service. They made their way to Cleveland on Christmas Day and ended up staying in town through New Year’s Day 2020 after Dr. Sullivan took a thorough health history, performed a physical exam, and recommended a variety of specialists for Traci to see.

“Our NCS service is designed to help patients like Traci who have multisystem issues that are nearly impossible for patients and doctors to manage separately,” says Dr. Sullivan. “Traci has four main conditions, and the NCS team is able to coordinate her care and address them in the right sequence for the best health outcomes.”

Over the last two years, Traci has had two stays in the adult epileptic unit so her care team could understand her seizures and determine how the brain surgery had affected her heart and her brain. Her heart doctor found widened blood vessels in her chest that needed to be managed, and urological testing determined that she produces too much of the hormone aldosterone, which causes kidney malfunctioning. Traci had also suffered with recurring intestinal infections caused by diverticulitis. To address this, she had gastrointestinal surgery at Cleveland Clinic in the summer of 2022 to remove areas in her colon where the infections occurred.

Today, her care team has her on the right combination of medications to manage all her medical issues and she has ongoing care from a cardiologist, a neurologist, a kidney specialist, a pulmonologist, a urologist, a sleep doctor, a nephrologist and gastroenterologist.

“After so many years of tears and fears and hopes, it’s all starting to make sense,” says Traci. “It’s still a journey, but I am in good hands.” And the Hiltzes stress that they are “just so grateful that God led them to Cleveland Clinic and this amazing team of doctors.” Don, an engineer, says he is also grateful to his company of 24 years, Cadillac Casting Inc., for giving him the job flexibility he has always needed to be there for Traci. Because of Don's job granting him flexibility, he was able to to be there for Traci. (Courtesy: Cleveland Clinic)

Now, the Hiltzes travel to Cleveland every few months for doctor visits as needed, and her medications and tests are managed online via Cleveland Clinic’s MyChart medical record.

“With ongoing monitoring, Traci will be fine,” says Dr. Sullivan. “It really is like magic to watch our team of specialists help her and patients like her who come to our National Consultation Service from around the country.”