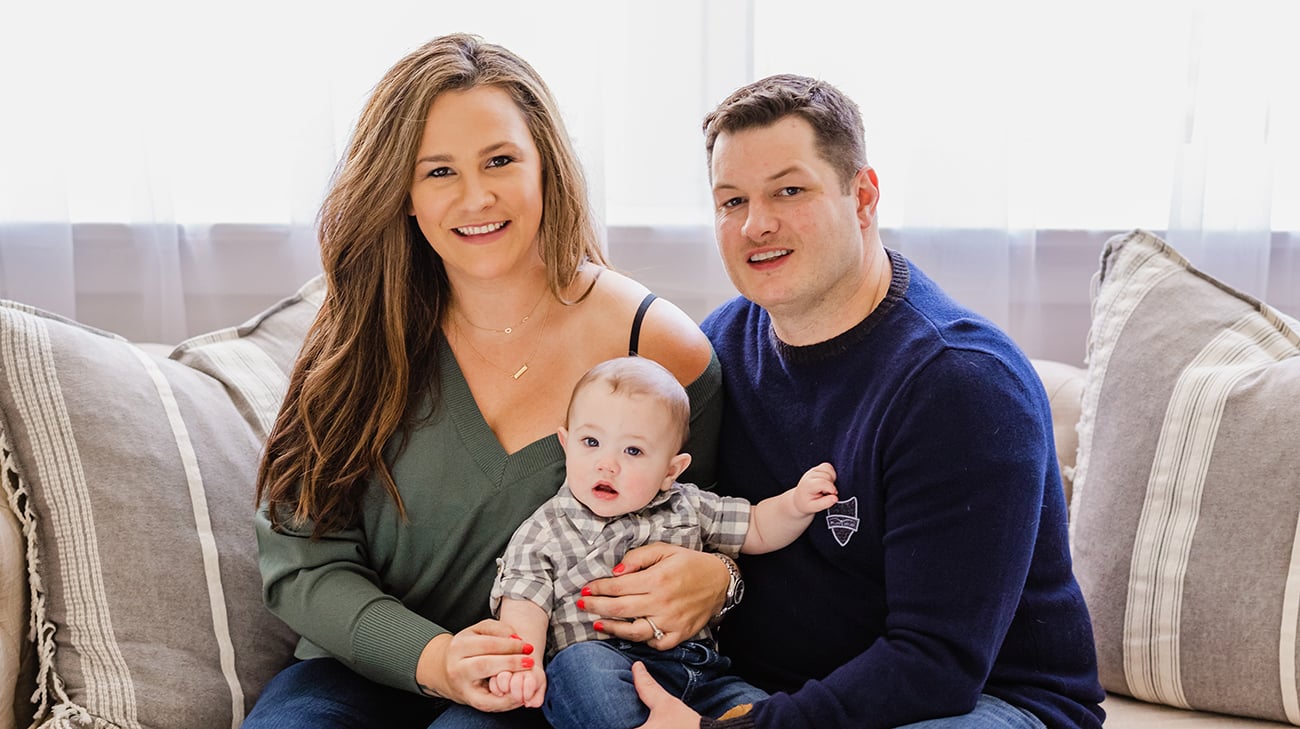 Jokingly, Kate Sippel says “moyamoya” sounds like it should be the name of a fruity drink adorned with a cocktail umbrella. Instead of enjoying a tropical escape, the 39-year-old veterinarian radiologist was suffering 10 to 15 temporarily debilitating mini strokes every day due to the effects of moyamoya disease, a cerebrovascular disorder that affects blood flow in the brain.

“It would start with a tingling in my lips or hand. That’s when I knew it was going to happen so I would sit down,” explains Kate, a Toledo, Ohio, resident who began experiencing the symptoms soon after her now 14-month-old son JD was born in March 2021. “I would get total paralysis of the left side of my body, and wouldn’t be able to talk, for 60 to 90 seconds. Then it would pass and I’d be fine until the next one, an hour or two later.”

When Kate first sought medical treatment after the initially mild episodes worsened in July 2021, an emergency room doctor told her she was likely suffering from postpartum conversion disorder, whereby psychological problems are “converted” into physical symptoms. 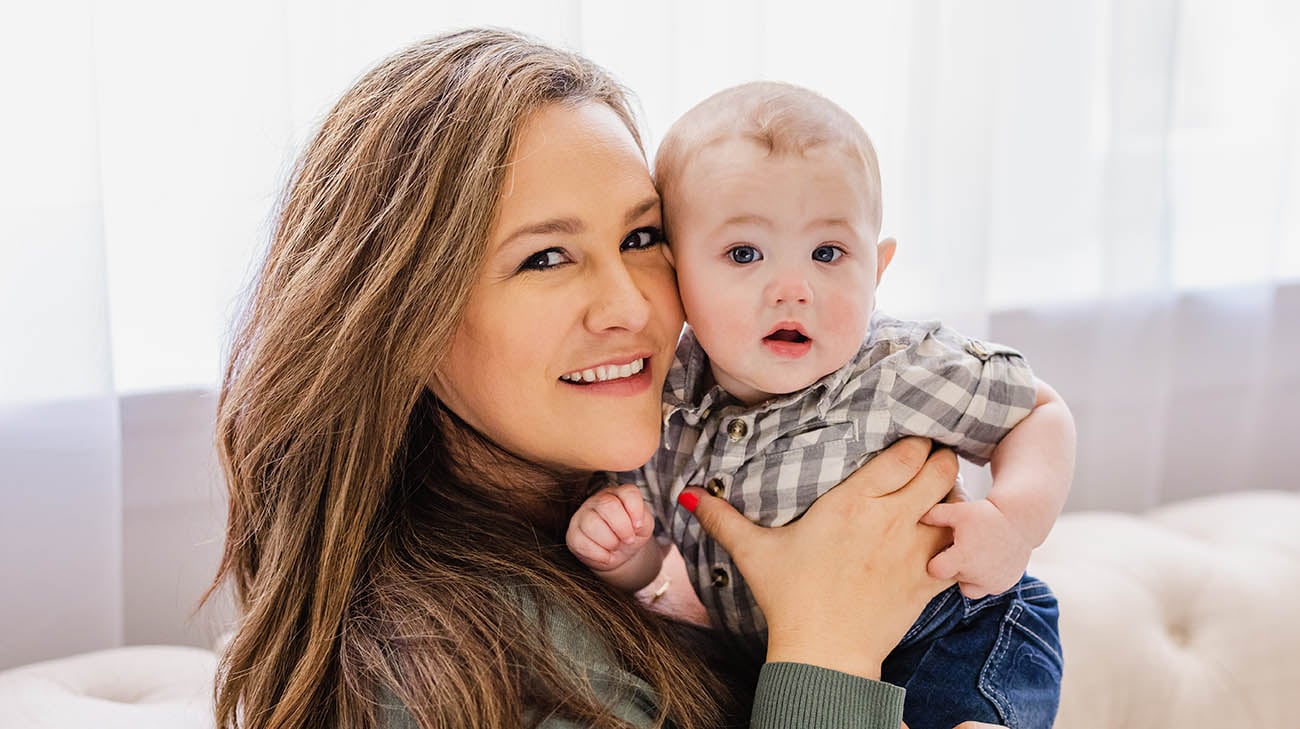 Based on her own medical training, and state of mind, Kate knew that wasn’t the problem and sought a consultation with a local neurologist. CT and MRI scans confirmed Kate had been experiencing transient ischemic attacks (TIAs), or mini-strokes, in which blood flow to the brain is temporarily disrupted.

The physician diagnosed her with a disease she was unfamiliar with: moyamoya, whose Japanese name means “puffs of smoke,” referring to the appearance of the tiny blood vessels the brain forms in an attempt to correct the blockages caused by the disease.

Kate was shocked by the diagnosis but also by the neurologist’s treatment recommendation. “He said they weren’t big strokes so I could live with them,” she recalls. “They put me on medications and said they’d follow-up with me in six months. Having medical knowledge, that just was not acceptable to me.”

Kate and her husband, Fred, sought a second opinion at Cleveland Clinic. Kate met with neurologist Andrew Russman, DO, who is Head of the Stroke Program and Medical Director of the Cerebrovascular Center at Cleveland Clinic. Dr. Russman confirmed her diagnosis by conducting a cerebral angiography, a procedure that uses a special dye and X-rays to see how blood flows through the brain. 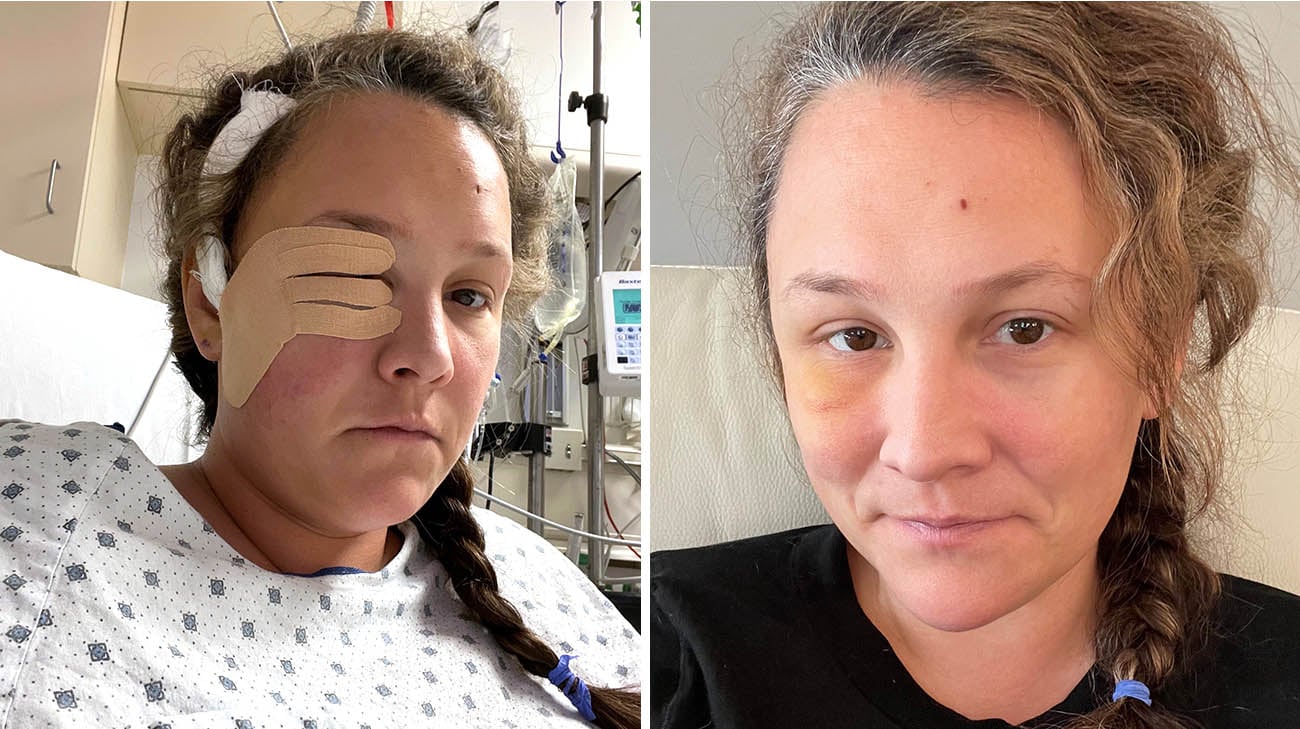 Dr. Russman ruled out the presence of any underlying physical conditions that could be causing the TIAs. Kate then met with neurosurgeon Mark Bain, MD, who verified her only viable, long-term treatment option was brain surgery.

Kate states, “I was very relieved someone was taking me seriously, and that we had an answer and a fix for the problem. I was also terrified. I have a 1 year old and I’m going to have brain surgery. I could have a massive stroke on the (operating) table, and that would be it.”

According to Dr. Bain, milder forms of moyamoya can indeed be treated with aspirin and other drugs, and monitored to ensure it doesn’t worsen. However, because Kate was experiencing frequent TIAs and related symptoms, she faced the possibility the blockages could worsen, causing a major stroke or bleeding in the brain.

The surgery he performed was a cerebral bypass procedure, through a small incision made on the side of Kate’s head. Dr. Bain isolated the section of the carotid artery that was blocked, thus rerouting the blood flow through an artery in her scalp.

“When the brain gets enough blood flow, it reduces the number of wispy immature blood vessels that could cause bleeding in the brain,” adds Dr. Bain. “It’s pretty amazing what the brain can do.”

The surgery, in November 2021, was a success and Kate was home in two days. She has had no complications. The only drawback during recovery was she was unable to do any lifting. She couldn’t pick up and carry her infant son for about six weeks. “I can honestly say that recovering from brain surgery was a heck of a lot easier than recovering from my C-section.” 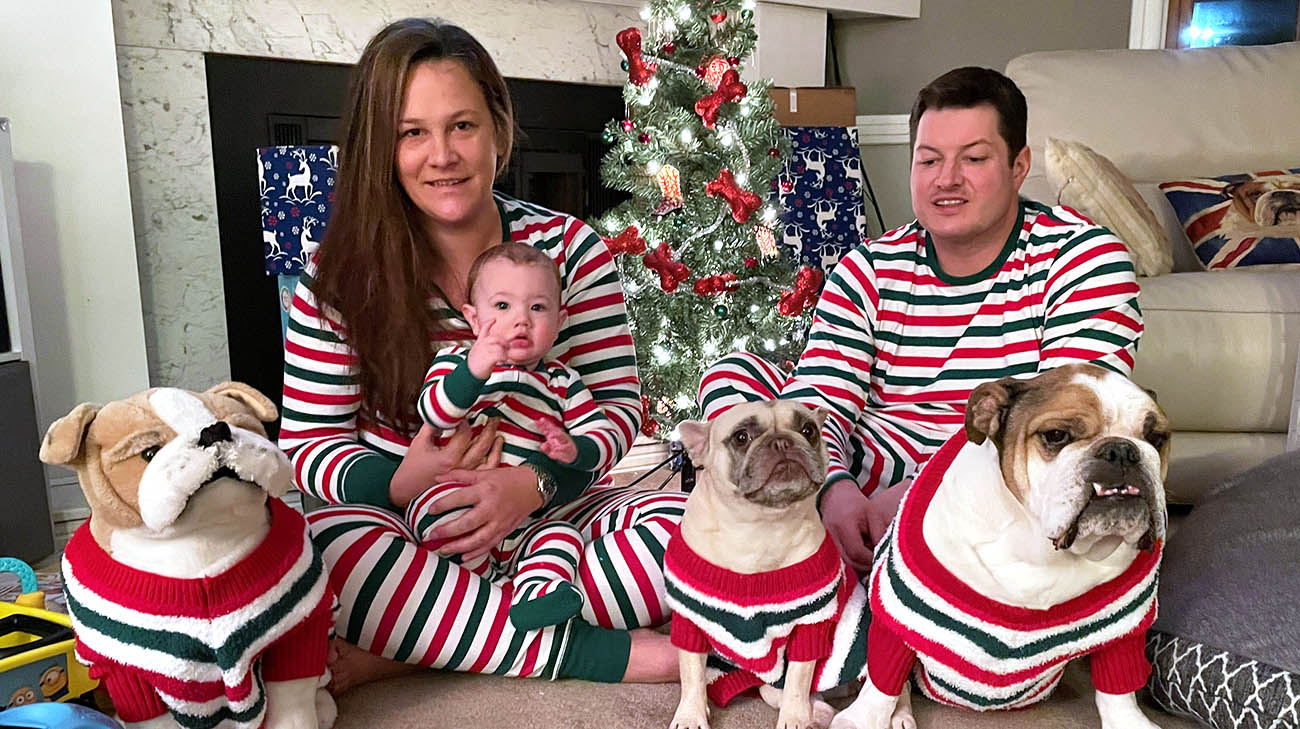 Kate returned to work in December 2021 and happily resumed activities she enjoyed prior to surgery. (Courtesy: Kate Sippel)

By Christmas, Kate was back at work, able to lift JD and even resumed her show jumping career, competing in national equestrian events on her warmblood horse, Norwin Z. Most importantly, she has experienced no tingling, numbness or TIAs since the surgery. Her only ongoing medical treatment, other than periodic monitoring scans, is to take an aspirin every day as it can further lower the risk of a stroke.

She encourages other individuals who are affected by a rare disease to self-advocate, as she did, if they are uncomfortable with their initial diagnosis or treatment plans. “My advice is to seek out someone who specializes in (the disorder). Because doctors are people, too, and they can be wrong. Ask questions and be your own advocate.”