Nicole Hendershot describes pregnancy with her first child, Layne, now 8-years-old, as an easy and happy experience. She and her husband, Dustin, never imagined how different the pregnancy journey would be after Layne. Nicole had a miscarriage and spent five years trying to conceive. “We found out we were pregnant right at six weeks. God gave us our miracle baby we were hoping we could give Layne a sibling for,” says Nicole.

In March 2020, Nicole and Dustin received a call from their local OB/GYN asking them both to come in. When the physician stated their unborn son would have the genetic disorder trisomy 21 or Down syndrome, as well as a related heart condition, Nicole and Dustin, felt their lives had been wreaked by a storm of emotions. 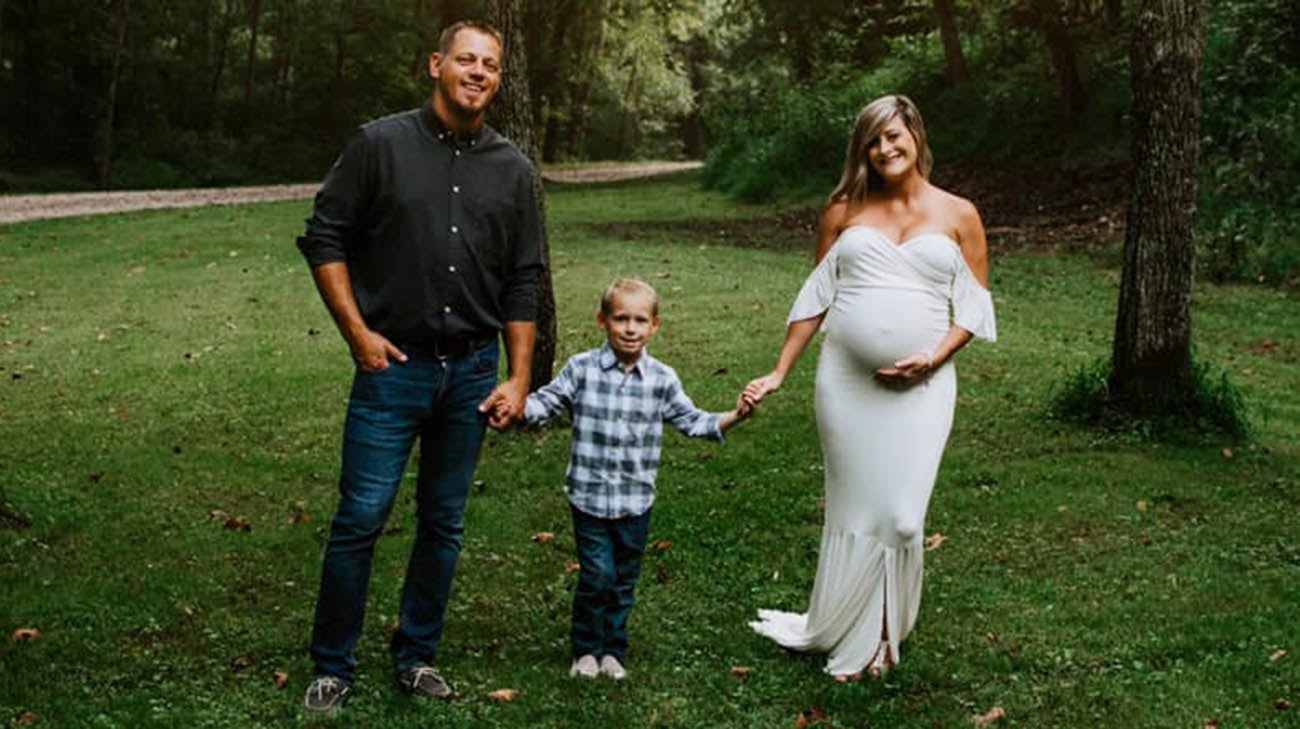 “It felt like a hurricane,” says Nicole, age 34, of St. Marys, West Virginia. “It just kept picking up speed, knocking out our power and it slowly took the sunshine away of what should have been some of the happiest moments in life.”

After weeks of seeing a maternal-fetal medicine specialist close to home, Nicole’s doctor told her and Dustin their fetus most likely wouldn’t survive, his heart was too complex for them to care for and he probably wouldn’t make it through delivery.

Determined to find another answer, Nicole and Dustin sought a second opinion at Cleveland Clinic with maternal-fetal medicine specialist Stephen Bacak, DO, who assured them there was hope their baby could live a typical life. 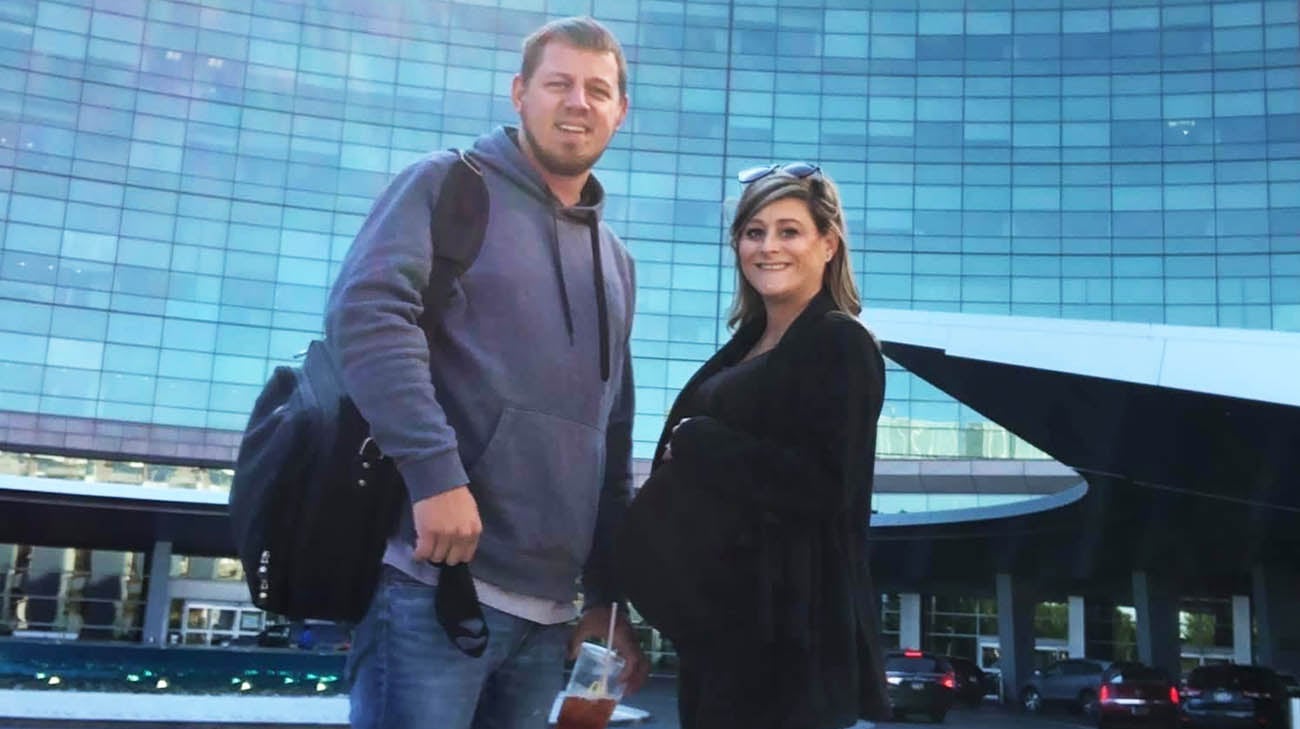 Nicole and Dustin outside Cleveland Clinic. Nicole made it to 36 weeks before giving birth to Weston. (Courtesy: Nicole Hendershot)

“Based on that first meeting with Dr. Bacak, we decided Cleveland Clinic would guide us on these turbulent seas,” Nicole recalls. “We found a team that looked past his diagnosis to see a baby that his parents loved dearly, and they were going to do their absolute best.”

Doctors diagnosed the fetus with atrioventricular (AV) septal defect also called AV canal defect. It’s a condition that prevents the heart from pumping blood correctly. Left untreated, it can cause heart failure and high blood pressure in the lungs. Most babies with this defect need surgery within six months after birth.

“About 40% of babies with Down syndrome will have some form of congenital heart disease, and about 40% of those will have AV septal defect.” says Cleveland Clinic Children’s pediatric cardiologist Malek Yaman, MD. 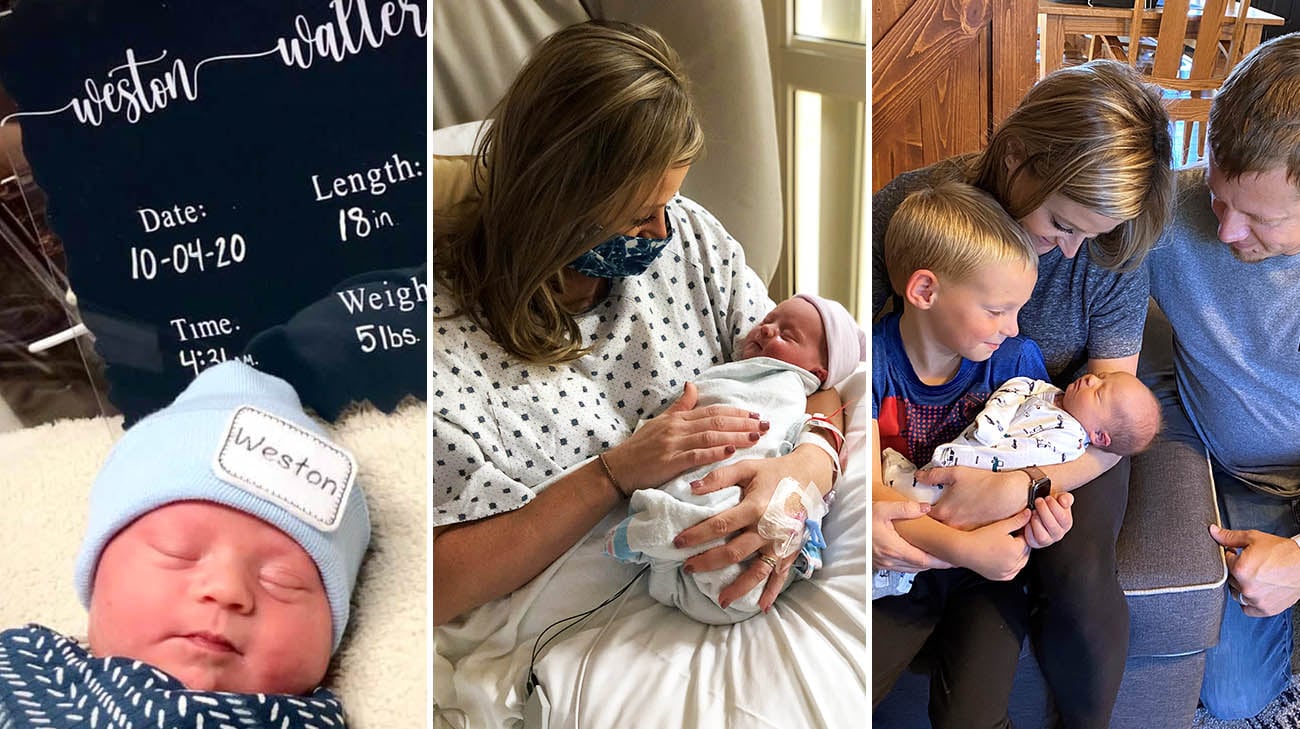 Throughout her pregnancy, Nicole and Dustin made numerous trips to Cleveland Clinic so their care team could closely monitor their fetus’ condition. At 36 weeks gestation, fluid was beginning to put pressure on their unborn baby’s lungs and heart. “We just put all of our trust into the doctors and God of what was going to happen at this moment.”

On October 4, 2020, Nicole gave birth to a healthy baby boy she and Dustin named Weston Walter Hendershot. “They let us hold him. Then they took him upstairs to be cared for in the NICU,” says Nicole. Dustin, went upstairs with the team to watch over him. He comes back downstairs into the delivery room and he said, ‘He's breathing, and he's still breathing on his own, Nicole.’ He’s our little warrior.”

Weston spent about one week in the neonatal intensive care unit (NICU). There, and during the next few months at home, Weston was regularly monitored for oxygen levels, heart rates and growth milestones. He also received diuretics to ward off any additional fluid build-up around his heart or elsewhere in his body. 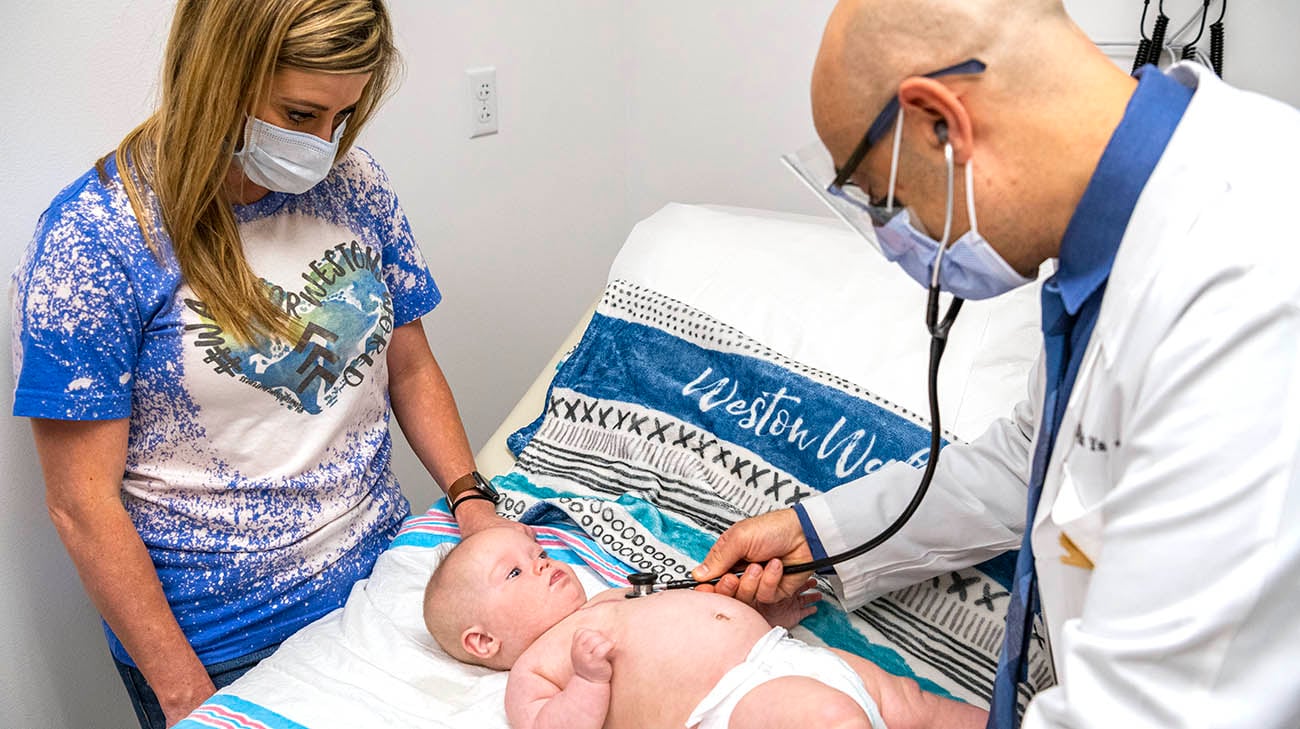 Also, because AV septal defect adds a strain to the heart, babies with the condition sometimes require a fortified diet to ensure they grow strong enough for surgery. “We measured each ounce of nutrition entering his tiny body,” adds Nicole.

Almost exactly six months after birth, Dr. Yaman recognized an echocardiogram suggested the pressures on the right side of Weston’s heart were starting to elevate. He was ready for surgery. According to Cleveland Clinic Children’s pediatric and congenital heart surgeon, Hani Najm, MD, the goal of the surgery is to separate the two upper chambers and the two lower chambers, and divide the common valve into two functioning valves. The most important thing is to complete the surgery without leaving any residual legions. 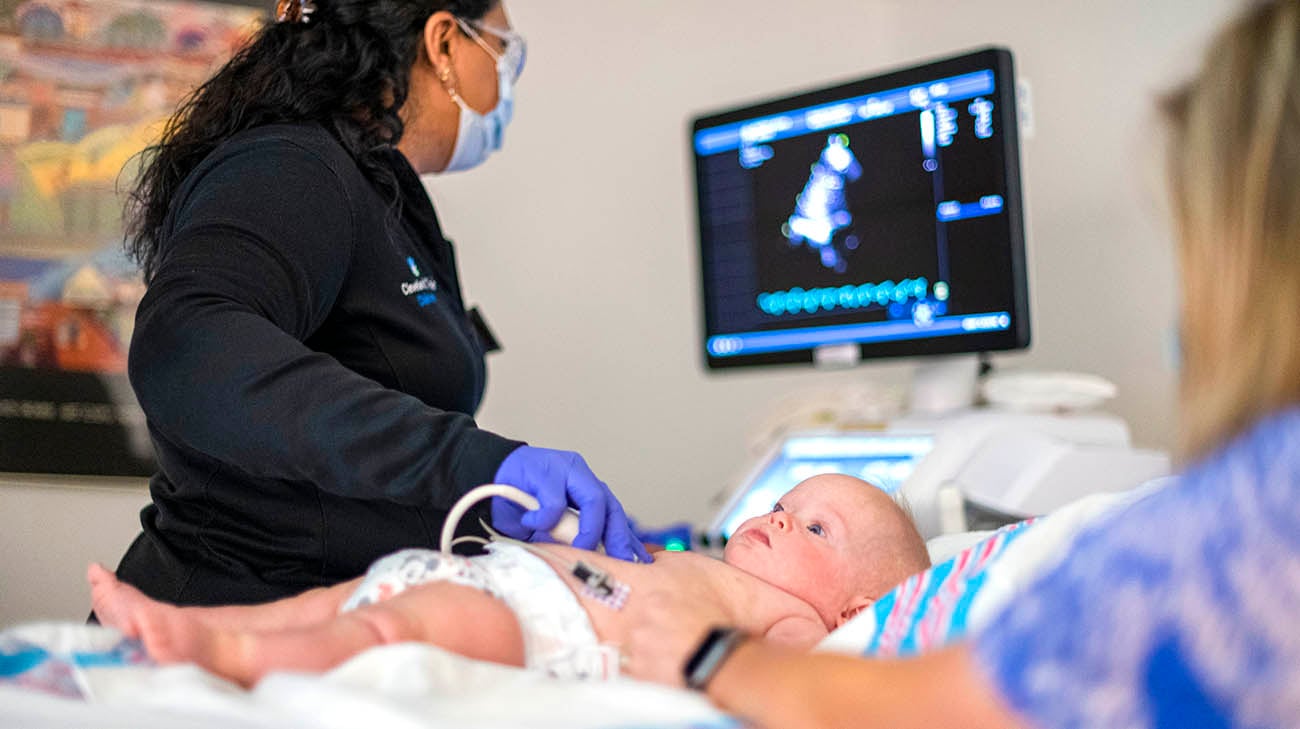 “We knew delaying the operation further wasn’t going to help him anymore,” adds Dr. Najm. “When we operate, we actually stop the heart to work on it, close it back up and restart it again. It's just incredible how the science has advanced for us to be able to do this safely.”

Because COVID-19 protocols were in place, the family couldn’t gather inside the hospital during the 7-hour surgery. So, they waited outside one of the entrances to Cleveland Clinic, hoping and praying for the best outcome.

“My parents, sister, husband and big brother – we were all together on one bench,” recalls Nicole. “We prayed like never before.” And their prayers were answered. 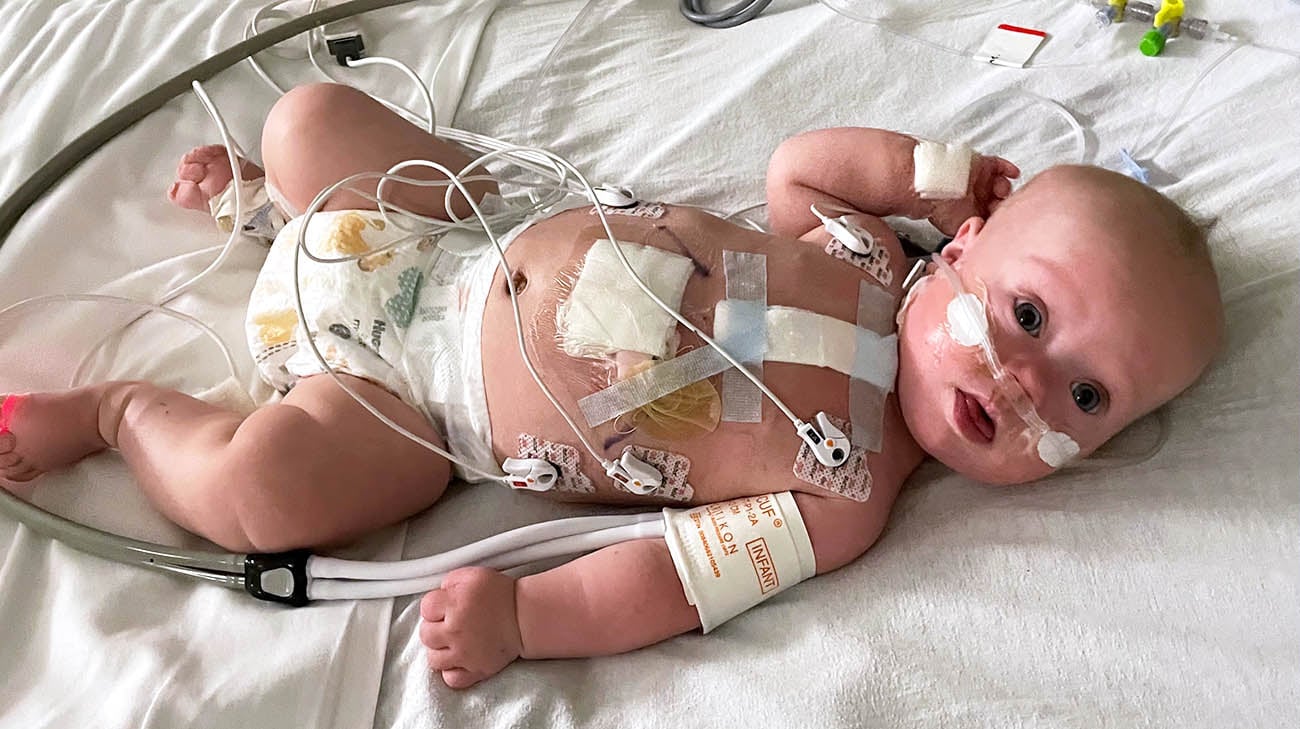 The delicate, complex operation was successful. After about a week in the hospital, the family took Weston home.

“The gift they gave us is unmeasurable,” she implores. “These are real-life heroes and superstars in our eyes. We thank God every day for the blessing of our care team, with the skills and knowledge to give our precious little son life.”

“We’ve got a healthy, happy 17 month old, that is absolutely into everything. Runs around like a crazy man,” Dustin says. 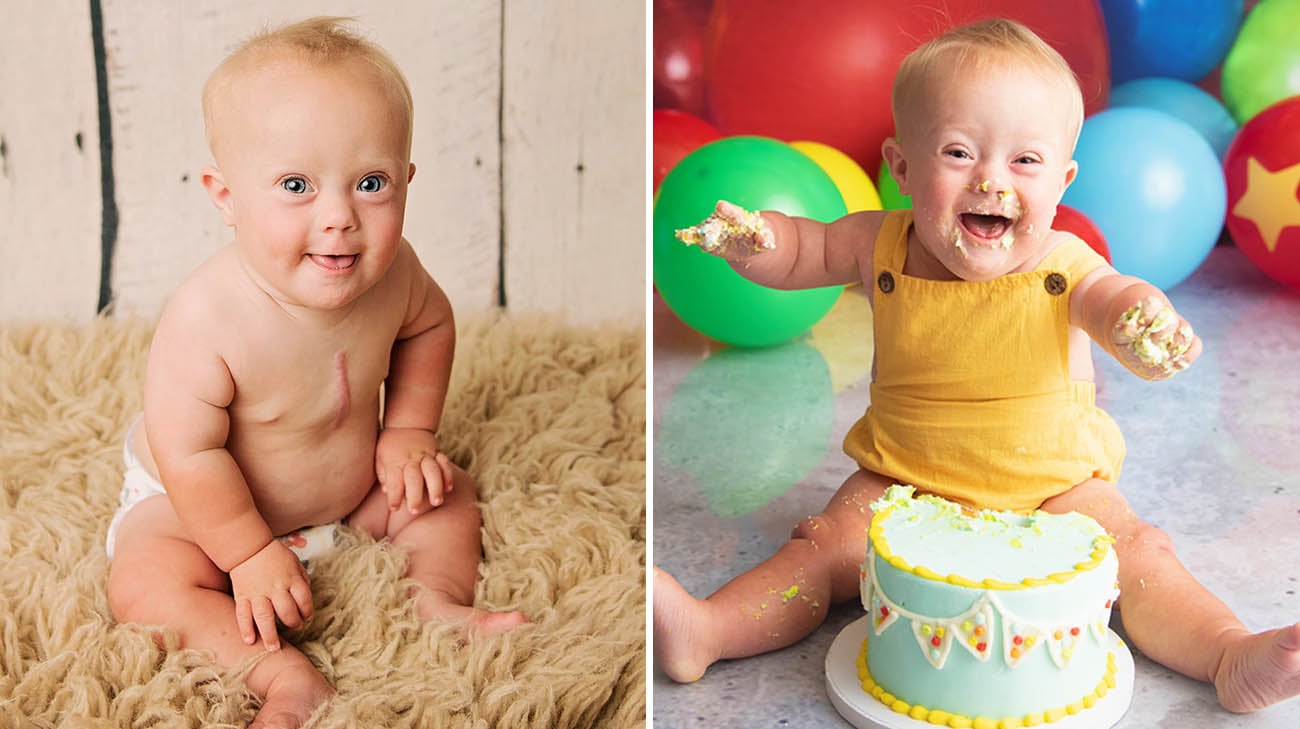 Looking back, Nicole believes she received an earlier glimpse into Weston’s future, about two months after they received his diagnoses. Knowing she was pregnant, but unaware of Weston’s condition, Nicole’s ailing grandfather held her hand and said, “Special babies can learn, and they can be loved." Words now engrained in her memories. She and Dustin named Weston after her grandfather.

Reflecting on his words, Nicole shares, “My hope for Weston is the world sees him worthy. They accept him, and he grows up to be happy. We fully see the sunshine now. The storm is over, and the sky is bright. Weston is our biggest miracle we will never take for granted.”