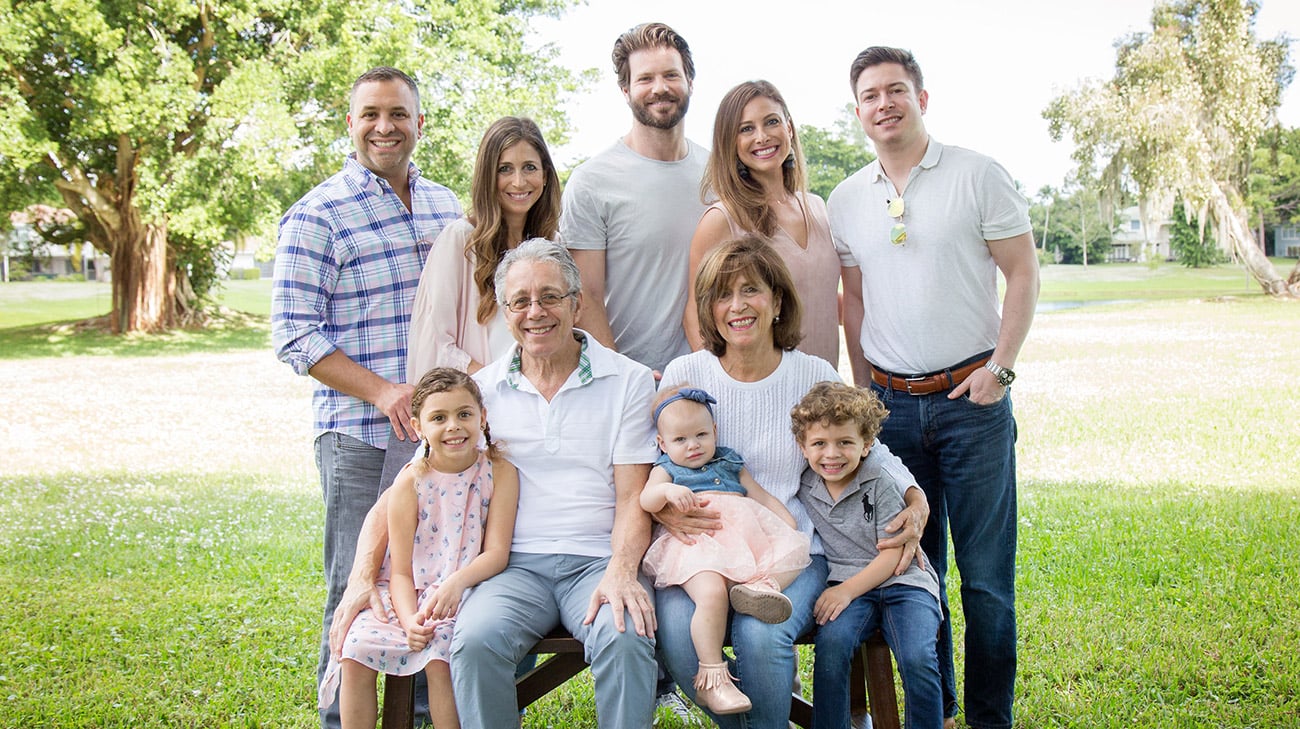 A background in law and engineering makes Chas Averbook very data-driven. The Minnesota native — who left the cold and snow behind for Boca Raton, Florida, years ago — had heart bypass surgery at Cleveland Clinic in 2005. That’s when he began tracking the results of his blood work, including his cholesterol and prostate-specific antigen (PSA) levels.

PSA is a protein produced by the prostate gland. When there’s a problem with the prostate, it releases more PSA. High levels of PSA can be a sign of prostate cancer, or noncancerous problems like prostate enlargement and inflammation.

Chas’ first prostate exam in 2010 came with good news — he was told he had a small prostate and would never have to worry about cancer. But after several years of a consistent 0.7 PSA number, it began increasing rapidly.

“Doctors at that time told me that at my age of 70, any PSA below 4 is OK. My level was well below that, but it was concerning to me that it was increasing. In July 2017, my PSA had jumped up to 1.21. A year later, it was 3.1,” says Chas, who sought multiple ‘second opinions’ from urologists in Florida and Minnesota, as well as friends and acquaintances. “I still had a small prostate and no other symptoms, so every doctor said the increasing numbers were likely just my PSA level catching up to my age.”

“If you feel something is not right, continue to ask questions and seek answers, and begin now to keep your own record of your regular PSA exam results... Explore treatment options and get multiple opinions so you can make an informed decision about what is best for you.”

Between tracking his numbers and reading every article he could find, Chas told his doctor he wanted a biopsy. The results were not good. He had a Gleason score of 8, indicating an aggressive form of prostate cancer.

“PSA numbers give us an inkling that something may be wrong,” says Jay Ciezki, MD, a radiation oncologist in Cleveland Clinic’s Taussig Cancer Institute. “Gleason score is determined by taking multiple samples during the prostate biopsy. Analysis of those samples using a grading system determines the Gleason score. The higher the Gleason score, which ranges from 6 to 10, the higher the risk.”

Knowing his diagnosis, Chas’ next step was deciding what type of treatment to pursue, and where. His research and previous care for his heart led him to Cleveland Clinic and Dr. Ciezki, a brachytherapy expert.

There are multiple treatment options for prostate cancer. Less aggressive forms can simply be monitored over time (active surveillance). For more aggressive forms, options include surgical removal of the prostate, external beam radiation and brachytherapy. 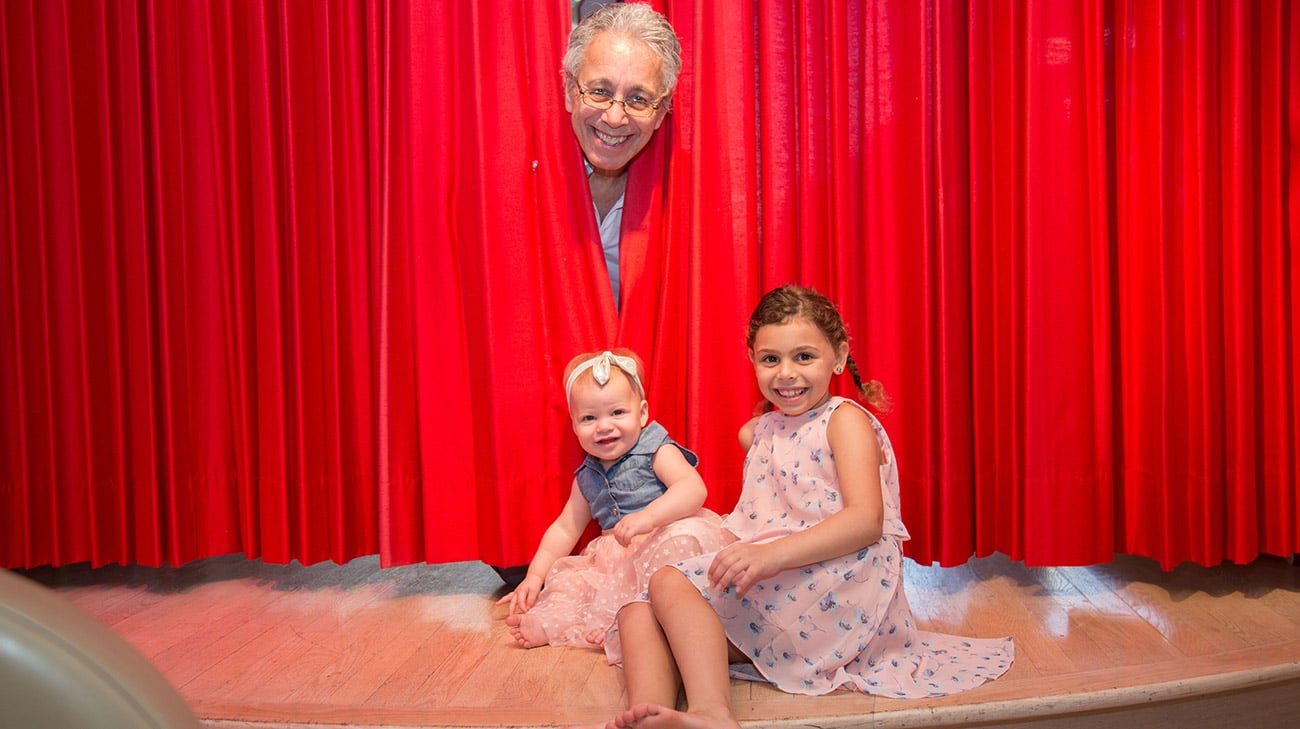 “Essentially, the three options all have the same cure rate. What differs are the potential side effects of each, and the impact those can have on a patient’s quality of life,” says Dr. Ciezki.

In their initial meeting, Dr. Ciezki shared outcome data for each option that others had not. That data led Chas to choose brachytherapy — the preferred radiotherapeutic treatment method at Cleveland Clinic for patients with localized prostate cancer.

With brachytherapy (also called internal radiation therapy), doctors place tiny radioactive seeds or pellets inside or next to the tumor. The seeds emit radiation that destroys the cancer cells. The treatment spares surrounding healthy tissue and organs, thereby limiting potential side effects like urinary and bowel incontinence and irritation and erectile dysfunction.

“I learned that those side effects could be more likely when hormonal therapy was done in addition to brachytherapy,” says Chas. “Dr. Ciezki and other Cleveland Clinic clinicians have published dozens of articles demonstrating the safety and effectiveness of brachytherapy both as a stand-alone treatment as well as in combination with other treatment methods like hormone therapy.”

Chas and his wife traveled to Cleveland for his brachytherapy procedure (which took just a couple of hours) in October 2018. They stayed in town overnight, visited area museums, then returned home.

Follow-up tests done locally every six months since have shown his PSA to be 0.3 or lower, with the most recent in April 2021 at 0.1.

“There’s so much fear when a cancer diagnosis is made, sometimes leading to excessive treatment. Gathering information and making an informed decision that is right for you can prevent people from overdoing it with prostate cancer. At Cleveland Clinic, we support active surveillance. Routine screenings are important. Because Chas continued with those, and was such an advocate for his own health, his cancer was caught at an early stage,” says Dr. Ciezki.

“If you feel something is not right, continue to ask questions and seek answers,” adds Chas. “And begin now to keep your own record of your regular PSA exam results. An accelerating PSA number could be a critical indicator that your doctor might not otherwise be aware of. Explore treatment options and get multiple opinions so you can make an informed decision about what is best for you.”