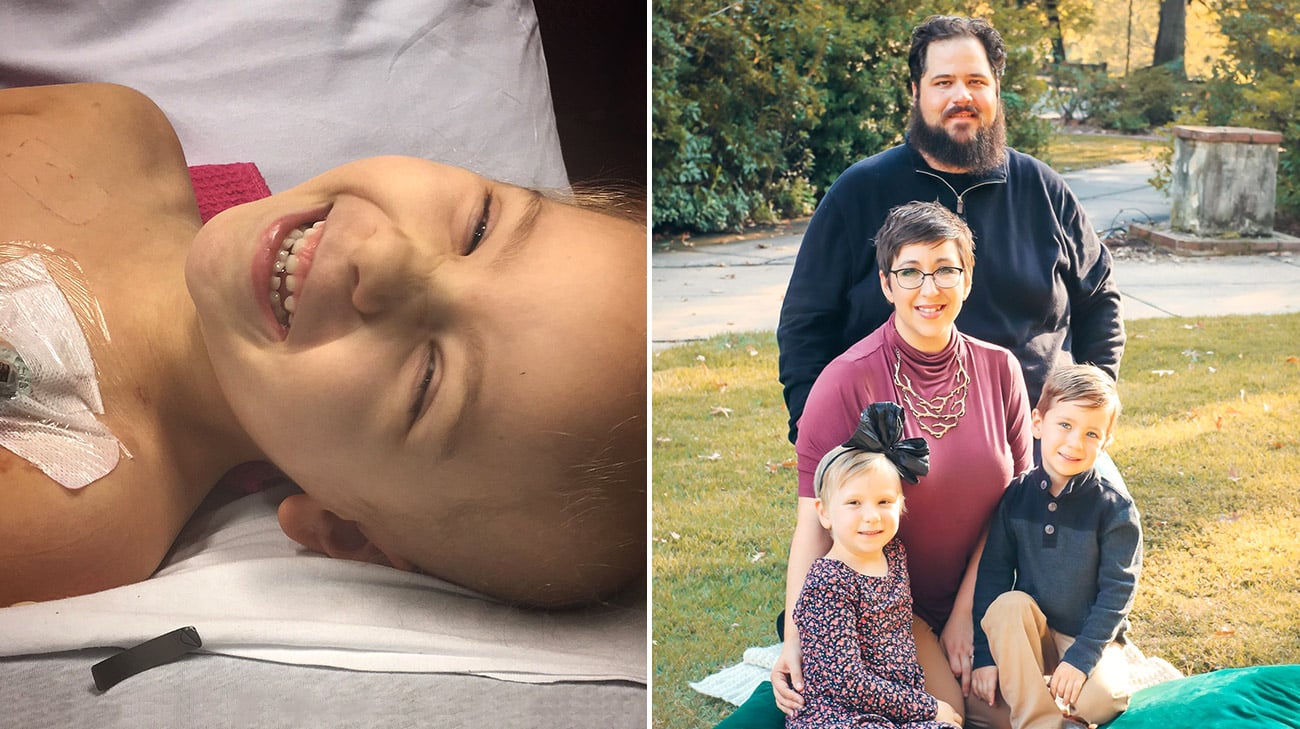 At 4 months old, Piper Williams of Conway, Arkansas, was diagnosed with a condition known as foot drop. Until she was 5 years old, she saw an orthopedic surgeon and received braces and physical therapy for her right foot and leg, which was shorter than her left leg. This condition caused back and hip pain and made it hard for her to bend over or keep up when playing with other children.

“When she was 5 and in physical therapy, they said, ‘Something is wrong. Let’s check,’” says her mother, Arellia. “And, that’s when they found the tumor.”

An MRI revealed a rare sarcoma in her sacrum, a large triangular bone between her hips and at the base of her spine. A surgical biopsy was performed, followed by eight rounds of chemotherapy and 25 rounds of radiation. At that time, Arellia and her husband, Danny, reached out to pediatric oncologist Peter Anderson, MD, PhD, part of Cleveland Clinic Children’s Hematology & Oncology program, for a second opinion. In the two years since joining her medical team, Dr. Anderson has never met Piper or her parents in person.

“He was just amazing,” Arellia says. “When I was looking for second opinions, I was calling doctors all over the country about what we should do next. Somebody mentioned his name in a Facebook group, and so I went looking for a number. I called, and he said, ‘Hello?’ It stopped me for a second because I was expecting a nurse or an operator, and it was his own cell number. I gave him a brief overview, and he gave me his email address and said, ‘Send me all the information.’ He set up a virtual visit right off the bat, which was great because it is so expensive to go from doctor to doctor.” 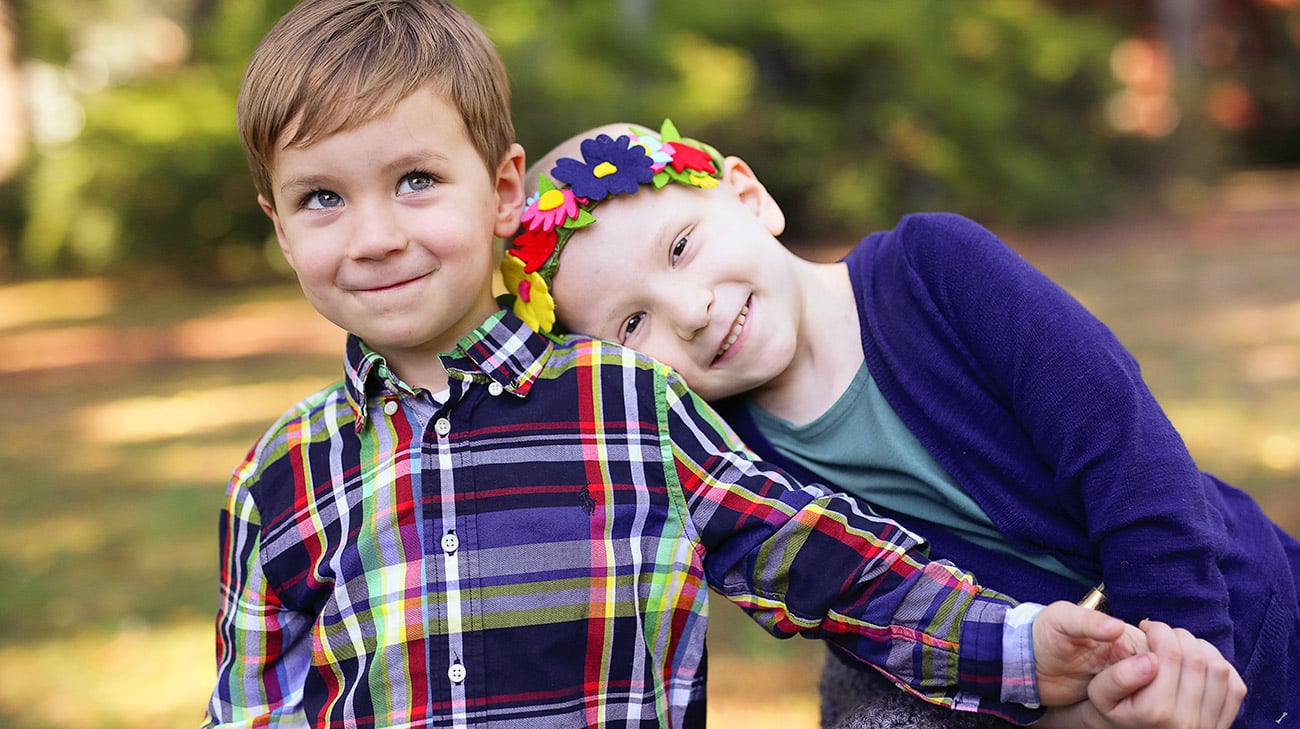 She notes that another doctor she had contacted wouldn’t give her any information unless she went in person. “But, Dr. Anderson said, ‘Stay where you are, and if it comes down to it and something needs to be done here on-site, you can come then.’ He took notes, and I was pleasantly surprised when he sent them to me. He’s been keeping his own record on Piper based on what we’ve discussed, which made me more engaged because I would take his notes and send them back with any corrections, and he’d send me his new notes. We’ve done two or three virtual visits, where we conference with Dr. David Douglas, who is Piper’s doctor in Arkansas, and Dr. Anderson. The fact that they are able to collaborate in this way is wonderful.”

On first speaking with her, Dr. Anderson says, “I said that their medical team had a good plan in place, but solid tumors are different. They can’t be cured with chemotherapy alone, or with just surgery or radiation. There has to be a combination. Their team developed that and was modestly successful, but Piper still had a lot of symptoms and tumors remaining on her scans. I helped them interpret the scans, and I presented their case at our sarcoma tumor board. That’s just one of the reasons I’m at Cleveland Clinic. We have such good radiologists, pathologists, interventional radiologists, surgeons and radiation oncologists, and we all get together. We helped guide the home team in Little Rock, Arkansas, and the Williams family, to not do too much and not do too little.”

“He was just amazing. When I was looking for second opinions, I was calling doctors all over the country about what we should do next. He set up a virtual visit right off the bat, which was great because it is so expensive to go from doctor to doctor.”

Most important, Dr. Anderson says, “I always think that chance favors the prepared mind. We gave them options in case she has a relapse or seems to have problems with function. Instead of just telling the family, ‘We can’t cut this out. This is going to recur,’ we said, ‘What’s the best we could hope for?’ It would be chemotherapy for a very long time, but that’s tolerable. It might take several regimens that work differently, in different ways. I like to think of myself as a facilitator, a catalyst for good, in trying to help her doctors and her family have more positive expectations so Piper can do more, and that’s what’s happened. Her mom sends me pictures of what she’s doing, and she’s better every three to six months when I hear from them. She’s a good illustration of what virtual visits can do.”

Sarcoma tumors start in connective tissue, and could also be in bone or muscle, Dr. Anderson says. “In her case, it started near or in the bone called the sacrum at the bottom of the spine, connected to the hip bones. It’s pretty important. Nerves go from the spinal cord to the sacrum and help power the legs and sensation, too. Bowel and bladder function is related to preserving those nerves. It’s a tough area to do surgery on, sometimes impossible.” 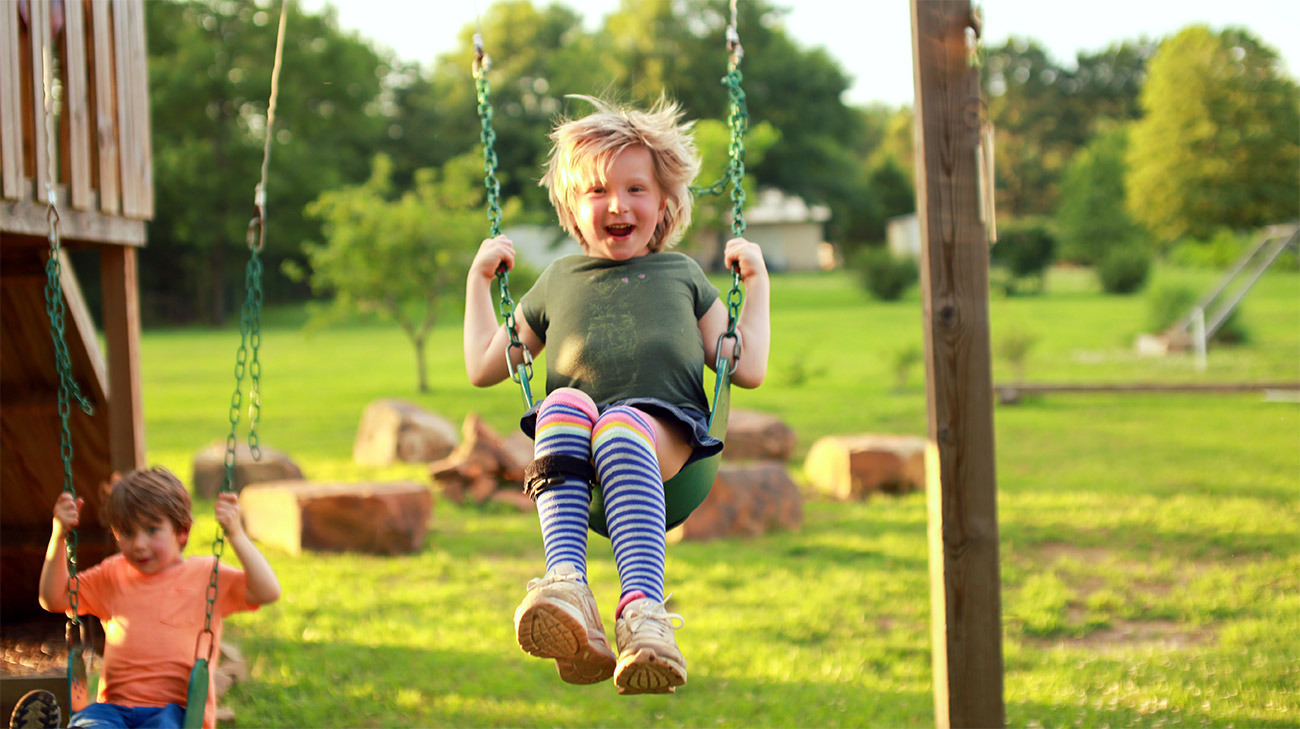 Now 8 years old, Piper is doing well and is off of chemotherapy, which means she has more time to spend being a kid again. (Courtesy Arellia Williams)

Now 8 years old, Piper is doing well and is off of chemotherapy. “We aren’t given a prognosis,” Arellia says. “The tumor is still there. They can’t take it out, but the scans have shown it’s been stable for a little over a year now. She wears a brace and a lift in her shoe, and other than that, nobody would notice.”

Among the ways in which Dr. Anderson has helped Piper is recommending an oral medication that he developed to help prevent and treat mouth sores, a side effect of chemotherapy. Arellia says this has greatly increased her daughter’s comfort while minimizing the number of regular medications that she needs. She praises Dr. Anderson for being “an involved doctor.”

She also expresses gratitude that she and her husband can continue working and taking care of Piper and her 5-year-old brother, Lincoln, without the disruption of traveling for medical care.

Dr. Anderson says he is glad not to add that burden to their lives, noting that for accessibility, safety, economy, time-saving, comfort and ease of communication, virtual visits are beneficial for both parents and children. He adds, “I believe that children should be able to sleep in their own beds.”

This story is part of a series on virtual medicine at Cleveland Clinic Children’s: