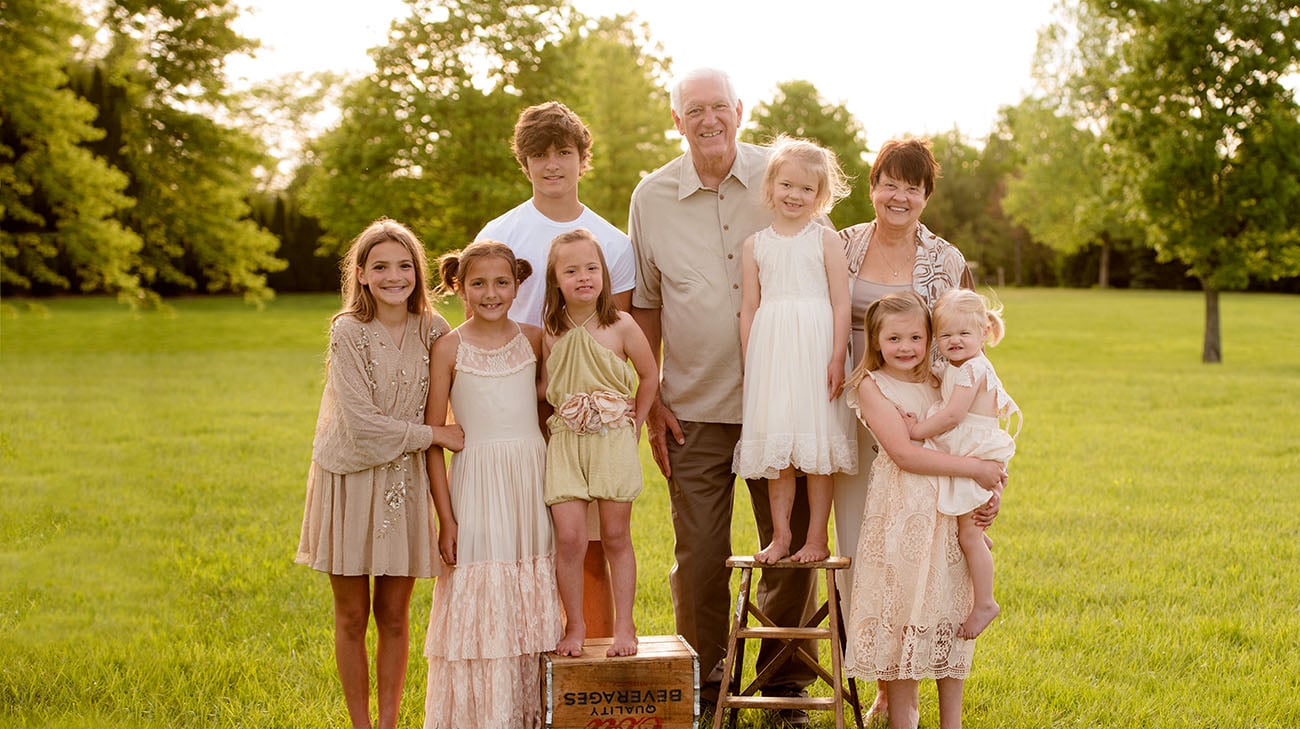 Of the 5,000 masks Rita Kulbago and her trusty sewing machine made throughout the COVID-19 pandemic, many have been donated for use at Cleveland Clinic facilities.

Rita – now throat cancer-free for nearly five years – has been delighted to use her sewing skills to help the staff that has done so much for her.

“To every one of those doctors, I feel like I owe them the world,” says Rita, age 70, a grandmother of seven who lives in Strongsville, Ohio, with her husband, Dale. “They treated me wonderfully throughout, and I needed a lot of TLC. And where else would I want to be, with all the complications I had.”

Rita’s medical journey was more difficult than might have been expected, even with a cancer diagnosis. For quite a while, leading up to the discovery of stage IV throat cancer, she felt like there was something wrong in the area of her neck and upper jawline, but no one --not even her dentist and other doctors – could pinpoint a problem.

“Sometimes it felt like there was something in my throat, like I couldn’t swallow. Sometimes I’d get sharp pains in my glands, near the top of my jaw, or it would feel like my tongue was too big for my mouth,” she explains. “Then it would go away. It was random and kind of strange.”

When her hearing started to fail, Rita visited Cleveland Clinic Strongsville Family Health & Surgery Center in early 2016. Her audiologist there recommended she also be examined by an ear, nose and throat specialist who happened to be available that day. The physician examined Rita, and requested she visit Cleveland Clinic Fairview Hospital a few days later for a biopsy.

“He said, ‘I think you have throat cancer,'” Rita recalls. “And the biopsy confirmed it.”

According to Rita’s oncologist at Cleveland Clinic Cancer Center, David Adelstein, MD, the form and stage of her cancer called for aggressive treatment using radiation and chemotherapy.

“Experience from the last several decades tells us we often seem to do as well with non-operative treatments,” explains Dr. Adelstein. “We’re very pleased with Rita’s recovery, but she had more unusual complications than most people.”

Immediately after diagnosis, Rita began an intense, seven-week treatment regimen at Cleveland Clinic’s main campus. Five mornings a week, she would undergo radiation treatment. On Monday afternoons, she received medication through an IV.

It was the morning after her first treatment another problem ensued: a seizure. Rita collapsed in the bathroom. Her husband Dale found her, called 911 and Rita was rushed to the hospital, where she suffered a second seizure. Dr. Adelstein believes the seizures were a bodily reaction to one of the medications she received. He switched to another treatment, and Rita’s seizures stopped.

While she rarely suffered nausea and other side effects sometimes associated with chemotherapy and radiation treatments, the cumulative effect of the radiation ultimately took its toll.

“Between week four and week five, the radiation started to bother me,” Rita says. “After a while, it’s like getting a sunburn on top of a sunburn. My throat was really sore, and it got to the point where I didn’t want to swallow. Food and water tasted metallic and just terrible.”

Rita struggled to drink protein shakes to maintain nutritional levels, and would often lie down immediately afterwards. She believes doing so caused some liquid to seep into her lungs, causing a case of pneumonia and a few days in the hospital to treat it.

Meanwhile, other unexpected challenges emerged as her care progressed. Doctors discovered Rita was also suffering from two heart disorders: atrial fibrillation (AF), an irregular heart rhythm, and hypertrophic cardiomyopathy (HCM), a thickening of the heart muscle. In the midst of her cancer treatments, she underwent a procedure for an implantable cardioverter defibrillator (ICD) to reduce her risk of heart failure.

“Mindset makes a big difference in how a patient recovers, and Rita took it all in stride,” says cardiologist Thomas Callahan, MD. “She’s always kept a positive outlook.”

Today, the only lingering effects of Rita’s throat cancer are a burning sensation if she eats food that's too spicy and perpetual dryness in her throat. Otherwise, she’s in good health, enjoying her grandkids and a number of pastimes, especially sewing. 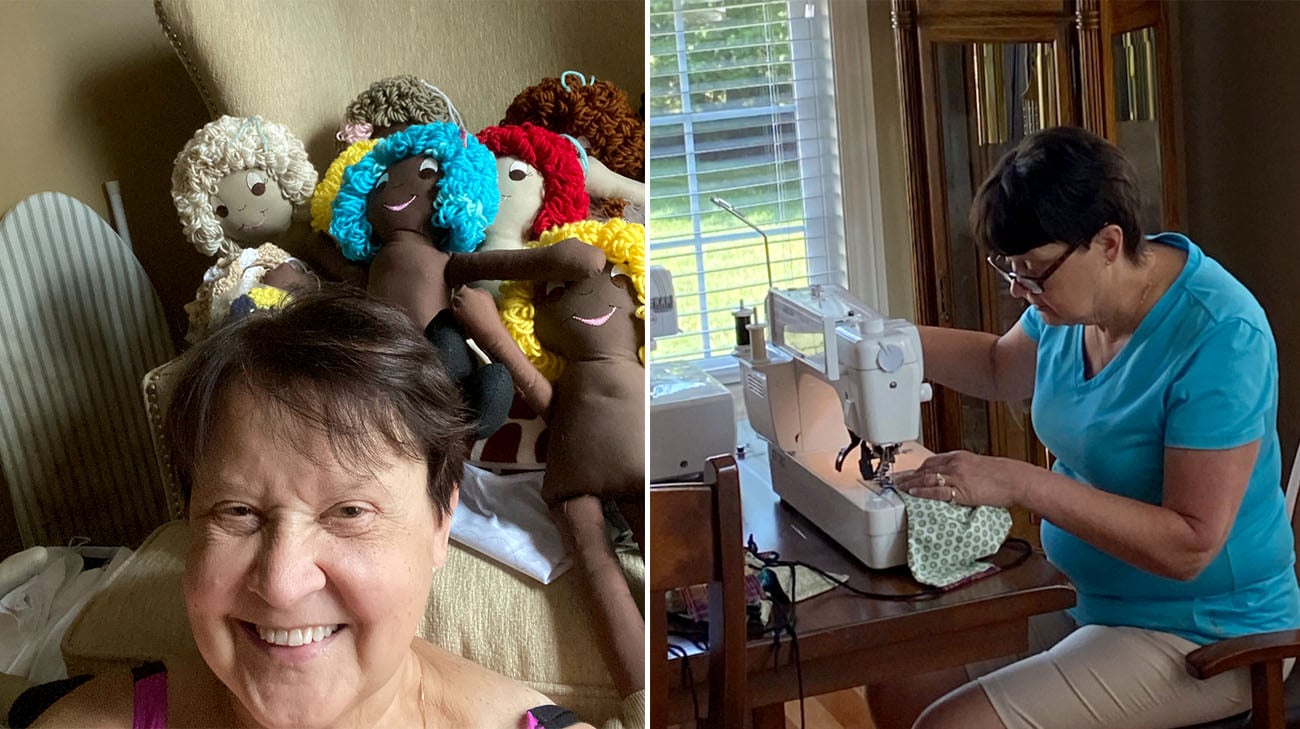 However, Dale, has forced her to alter one routine. Ever since her seizure, he’s insisted Rita relocate her sewing area from the basement to a room on the main floor of the house. It’s caused a few complications, especially during her mask-making marathon.

“The noise from my sewing machine interferes with his football games on TV,” Rita says. “But he wants me doing my sewing upstairs, close by him, to keep an eye on me. He’s a keeper!”

“It’s the best place in the world. If something goes wrong, they have a specialist for it,” she says. “I had really, really good care.”