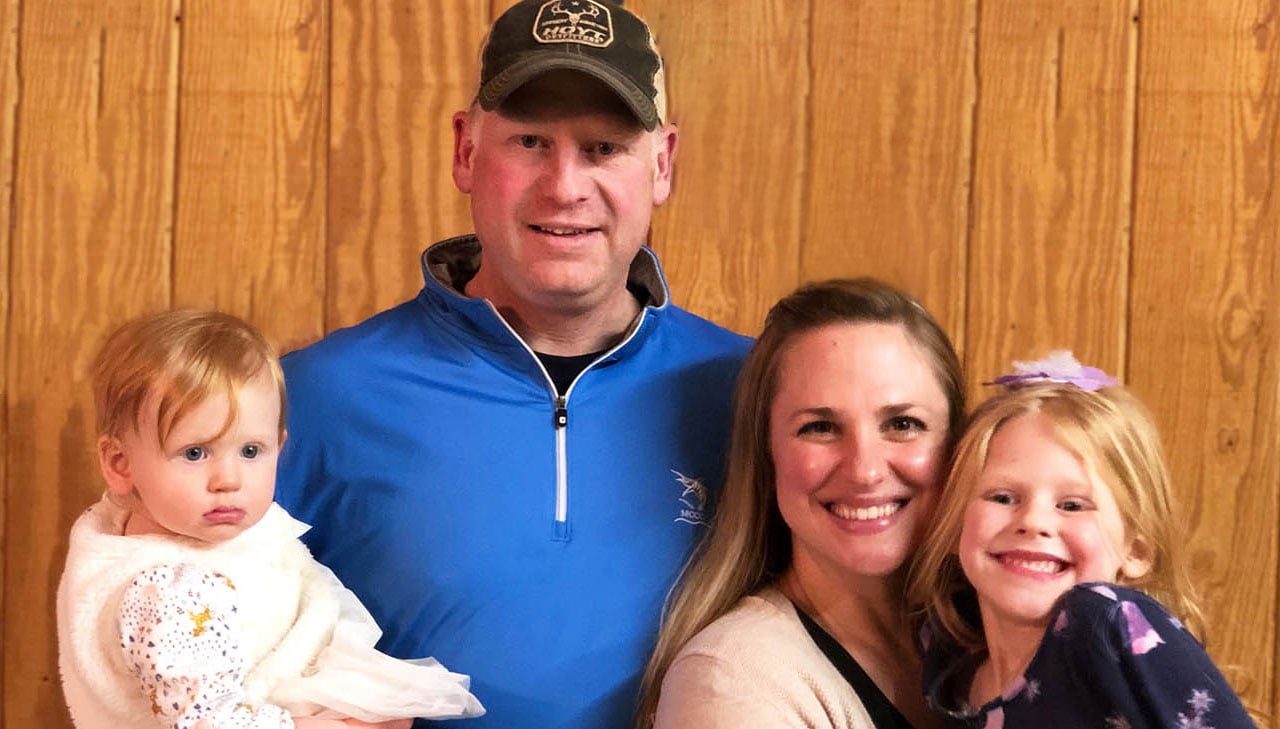 Ben Simcox was just 28 years old when he underwent his first diagnostic colonoscopy in 2009. It was actually his sister’s idea. After experiencing some rectal bleeding, and subsequently being treated for colon polyps, Heather Finley insisted her brother, Ben, get screened for colorectal cancer. Ben was about 20 years younger than the recommended age most people undergo their first colonoscopy.

“The doctor recommended anybody in the family should get screened,” says Ben, now 40. “So I did it. And everything was fine, aside from getting a number of non-cancerous polyps removed.”

Years later, in 2017, when Ben began experiencing blood in his stool and changes in his bowel habits, during a trip to New Mexico, he listened to his sister again as she encouraged him to have it checked out by Cleveland Clinic gastroenterologist Carol Burke, MD. According to a national survey by Cleveland Clinic, that proactive approach differs from that of many men, who often delay treatment for medical problems. 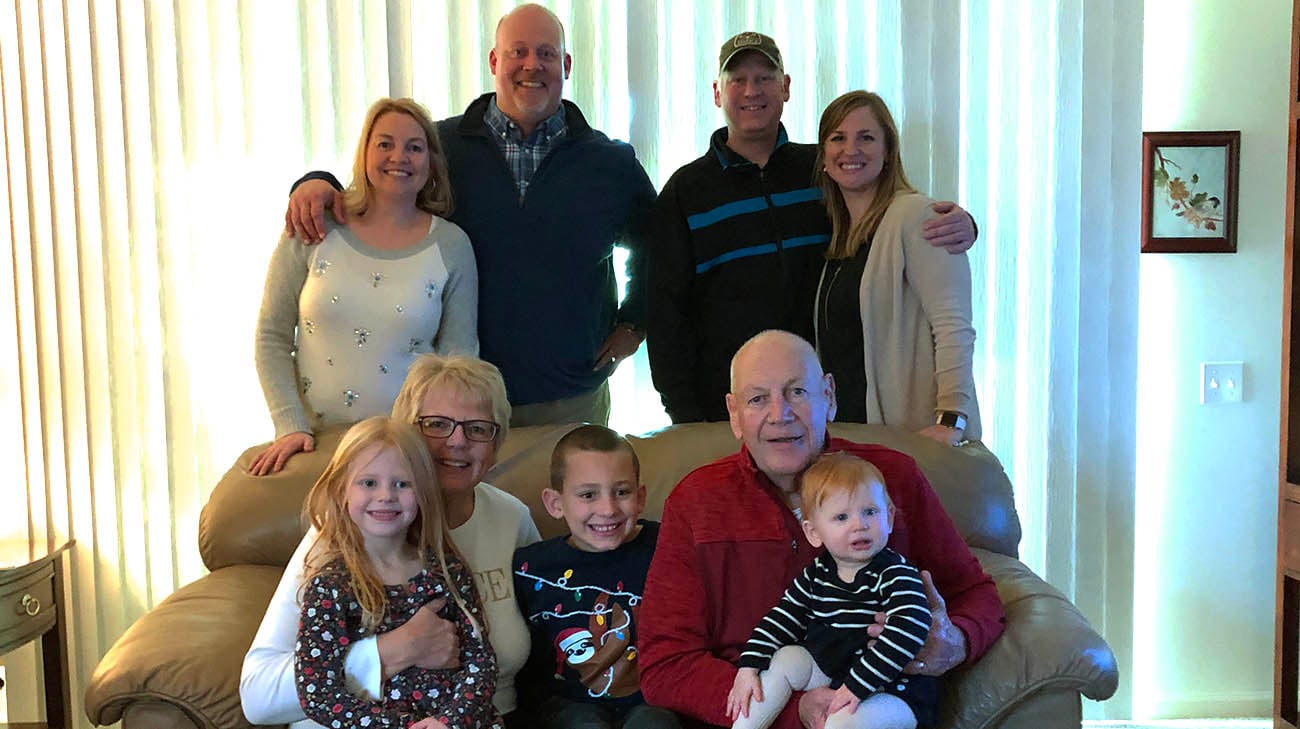 Ben with his family. His sister Heather (top left) encouraged him to get screened for colorectal cancer. (Courtesy: Ben Simcox)

This time, the results from Ben’s colonoscopy were grim: cancer of the rectum, which is the 5- to 6-inch chamber that connects the colon to the anus. It also spread to three lymph nodes.

Ben received aggressive treatment and has been cancer-free for almost three years. He underwent chemotherapy and radiation therapy, followed by surgery, to remove the cancer. He then received chemotherapy for an additional six months.

“It was tough. At first, you think you’re going to die,” says Ben, who is married with two young children. “But I’m (glad) I was aware enough to go and get screened. If you catch cancer early, doctors are getting better at treating it successfully.”

Ben’s colorectal surgeon, Michael A. Valente, DO, wholeheartedly agrees, “His rectal cancer was found earlier than many, and we were able to effectively treat it,” Dr. Valente states. “While it’s difficult for many patients to go to the doctor to evaluate this sensitive topic, it’s important to have it checked out as soon as you experience symptoms. One day of a prep (for a colonoscopy) is better than dying of cancer.”

While colorectal cancer is the third most commonly diagnosed cancer in men and women, often it is discovered too late for advanced treatments to be effective in mitigating its spread. Adds Dr. Valente, “Without that colonoscopy, things would have turned out differently for Ben. The tumor would have progressed and maybe not been operable.” 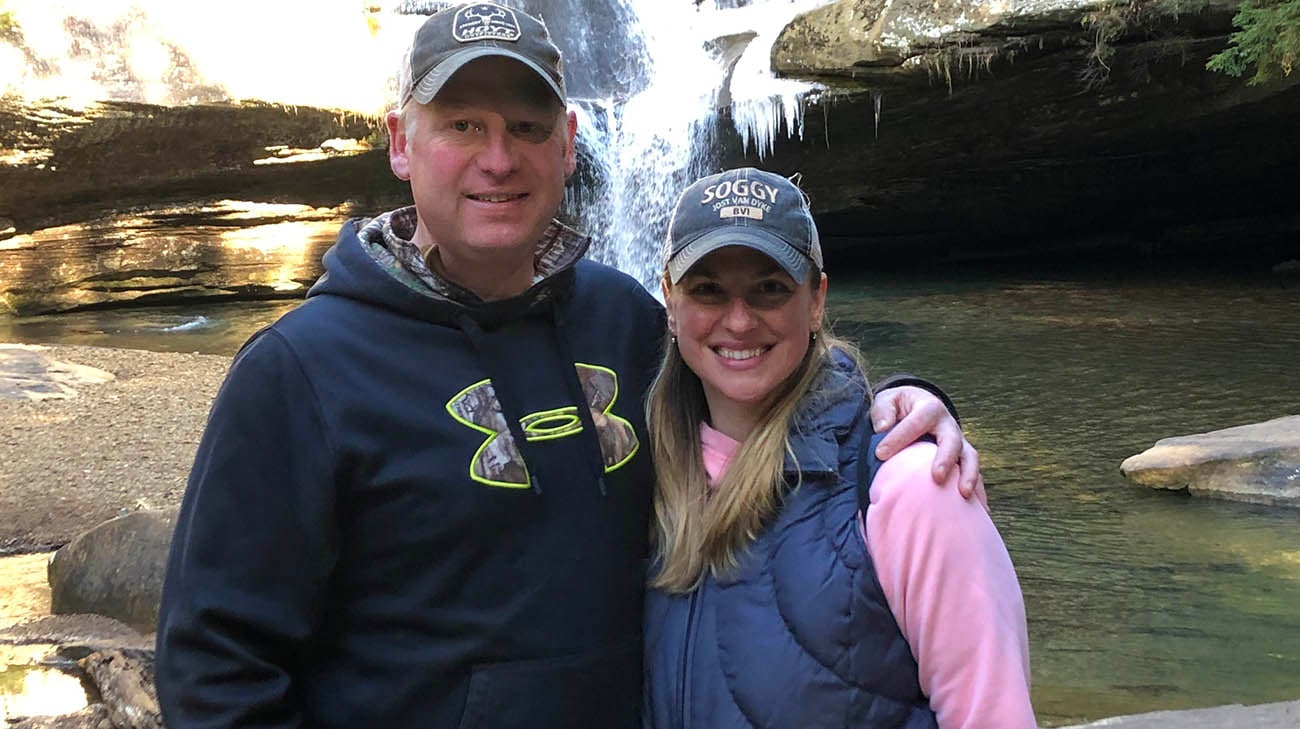 Ben, with his wife, after being diagnosed with colorectal cancer. (Courtesy: Ben Simcox)

Unfortunately, colorectal cancer is striking younger people more frequently. While researchers haven’t yet determined the reason, the trend is alarming and has prompted the American Cancer Society to lower the recommended age for an initial colonoscopy from 50 to 45 for people who are at average risk.

“Even if  you are young, don’t dismiss symptoms which could be suggestive of colorectal cancer, like rectal bleeding, change in bowel habits or unexplained abdominal pain, and attribute them to something else,” explains Dr. Burke.

Ben is thankful every day for his sister’s persistence in getting family members screened years ago, and for his own efforts in getting checked out as soon as he felt symptoms.

“Just listen to your body and try to do what it tells you,” he insists. “If young people are getting colorectal cancer more, then we need to screen more. That's just how it is. It's nothing to be embarrassed or scared about.”