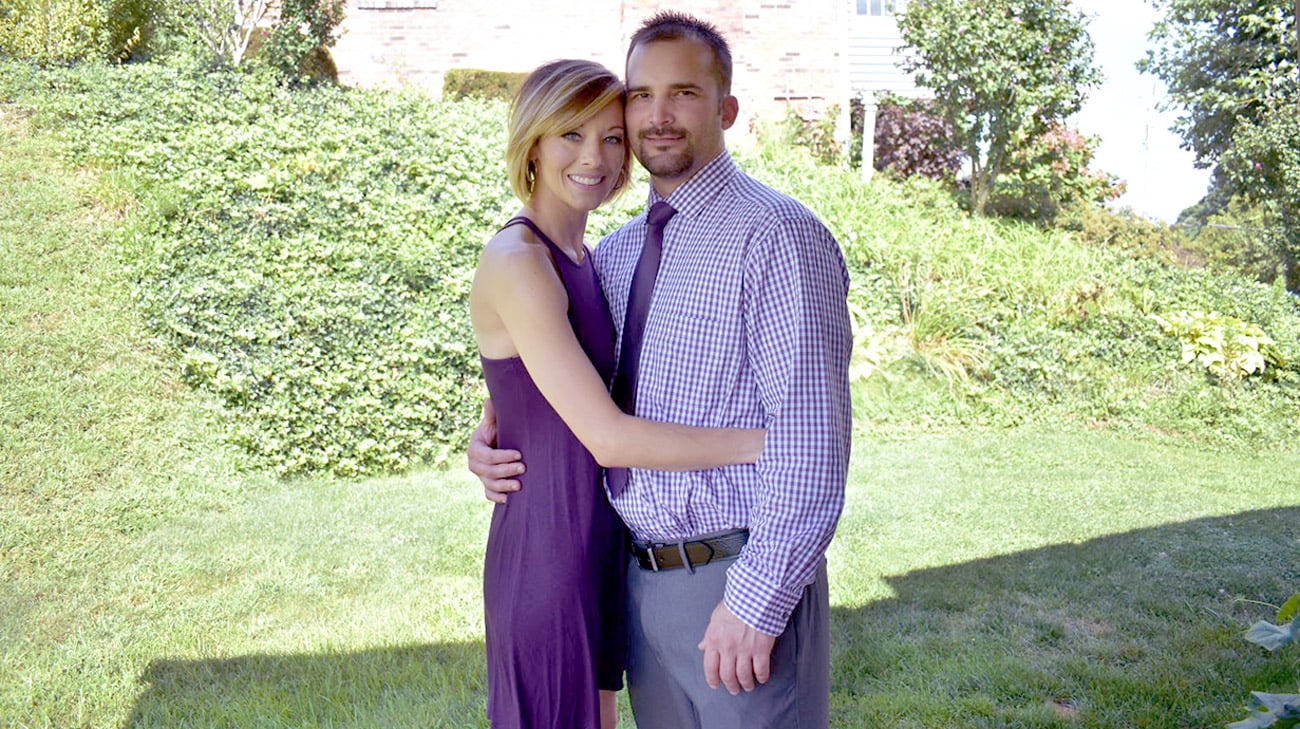 Baseball games, playing cars and getting dirty are some of Samantha Kubiak’s favorite things to do. Not the typical things a 32-year-old woman usually enjoys, but her nephews, Gavin, 7, and Eliott, 5, love them so she likes to join in their fun.

In 2010, Samantha received a Crohn’s Disease diagnosis. Over the years, the orthopedic nurse from Washington, PA, took various medications that controlled her symptoms with only occasional flare-ups.

But, in February 2018, the death of her grandmother caused her Crohn’s to go into overdrive. “My health went downhill quickly. Literally, I would only go to work and sleep,” remembers Samantha. “My mom felt like I was giving up and didn’t have any fight in me.”

Around the same time, she received a letter saying that Miguel Regueiro, MD — the gastrointestinal (GI) physician who had cared for her for eight years — was leaving Pittsburgh. “I had a panic attack. I just couldn’t deal with the news. I immediately called and begged to get an appointment before he left,” recalls Samantha.

After that appointment, she saw another doctor to continue her care, but didn’t feel as comfortable as she had with Dr. Regueiro. Her symptoms were getting worse, her coworkers noticed she wasn’t herself, she was in and out of the hospital, and she was missing out on her nephews’ lives.

Samantha learned that Dr. Regueiro was practicing at Cleveland Clinic. “Crohn’s was causing me to miss out on life and was causing such distress. I decided I’d move mountains to go to Cleveland Clinic to see my doctor whom I had total trust in; Cleveland wasn’t that far,” says Samantha. Crohn's disease took a toll on Samantha and she felt like she was missing out on her nephews' lives. After recovering from surgery, she's back to enjoying holiday fun with Adam and her nephews, Gavin and Eliott. (Courtesy: Samantha Kubiak)

In August 2018, Samantha and her mom took a road trip to Cleveland. “I was surprised to see Samantha. It was nice of my patient from Pittsburgh to make the trek to see me,” says Dr. Regueiro.

Samantha was losing weight and had diarrhea, pain and rectal bleeding — her Crohn’s had progressed aggressively. Dr. Regueiro ordered blood tests and a colonoscopy to see what exactly was going on with Samantha. “The results showed that Samantha had pretty severe colitis, which is an inflammation of the colon. Because of the severity, she needed to have a total colectomy,” explains Dr. Regueiro.

The surgeries would be a three-step process. Samantha met with Cleveland Clinic colorectal surgeon Scott Steele, MD, who explained the surgical plan. Samantha says “I have a healthcare background so I understood what would happen, but my mom doesn’t. The videos and pictures he showed helped her to understand what I’d be going through.”

In October 2018, Samantha began the process with a total colectomy ­­(the removal of the large intestine) and an end ileostomy (the creation of a stoma, or artificial opening, that allows feces to pass). This meant she wouldn’t be able to pass stool normally; instead, it would collect in a bag outside of her body.

“I was worried about what my nephews would think about my bag. But, boys being boys, they thought it was super cool. Just days after my surgery I was already feeling so much better and even went trick-or-treating with Gavin and Eliott. It was such a relief to do something fun and normal,” says Samantha.

Finally, in May 2019, the ostomy was closed by reattaching the loop ileostomy with the small intestine, allowing her to go to the bathroom normally.

In the months following her surgery, Samantha’s physical and mental health improved tremendously. Her multidisciplinary medical team of Inflammatory Bowel Disease specialists — which included a psychologist to help her deal with the emotional side of the surgery and a dietitian to educate her about food choices — was there for all of her needs.

The surgeries, hospital stays and recovery, as well as the many trips to Cleveland, meant a long, and sometimes difficult, road for Samantha. But, through it all, she says that her boyfriend, Adam, was her rock. During overnight stays at Cleveland Clinic, Adam slept in the recliner next to her. And, once she was home, he moved in to help take care of her — changing her dressings, helping empty her bag, whatever she needed he was there. 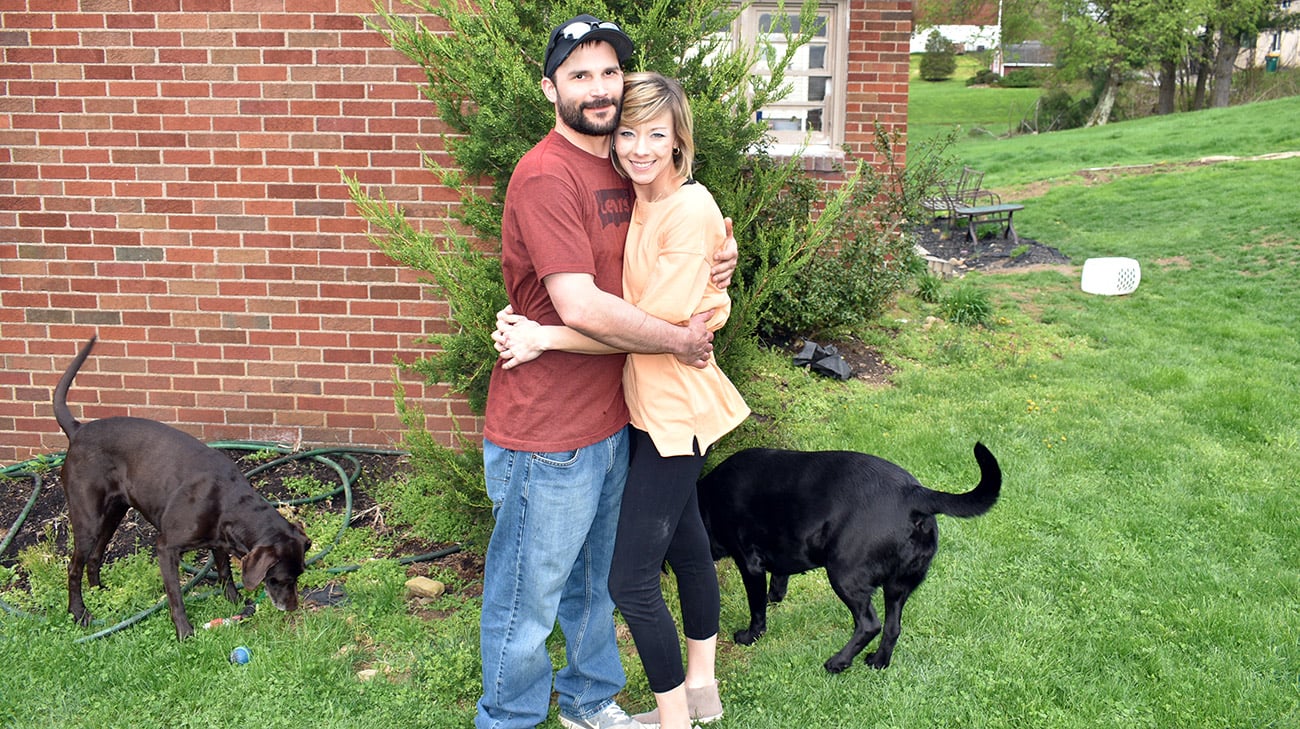 The care and support that Samantha received from her boyfriend, Adam, boosted her confidence. (Courtesy: Samantha Kubiak)

“Adam is one of my biggest supporters and never made me feel embarrassed. He helped me become more confident than I would have ever imagined,” says Samantha.

“Samantha is a fighter; she’s resilient. She has a great support network of family and friends,” says Dr. Regueiro. “That network, her positive attitude and expert medical care made for a great mix that produced a positive outcome for her.”

Samantha is back to living her life — going to her nephews’ plays and baseball games, spending time with family, and exploring Cleveland. “Being able to make the 2 ½-hour drive to Cleveland without stopping to use the bathroom was a huge deal for me,” says Samantha.

“The relationship I have with Dr. Regueiro is amazing. I trust him with all I have,” she adds. “My Cleveland Clinic caregivers were all wonderful and so genuine.”

Learn more about Cleveland Clinic’s Inflammatory Bowel Disease program or make an appointment for consultation with our team at 216.444.7000.