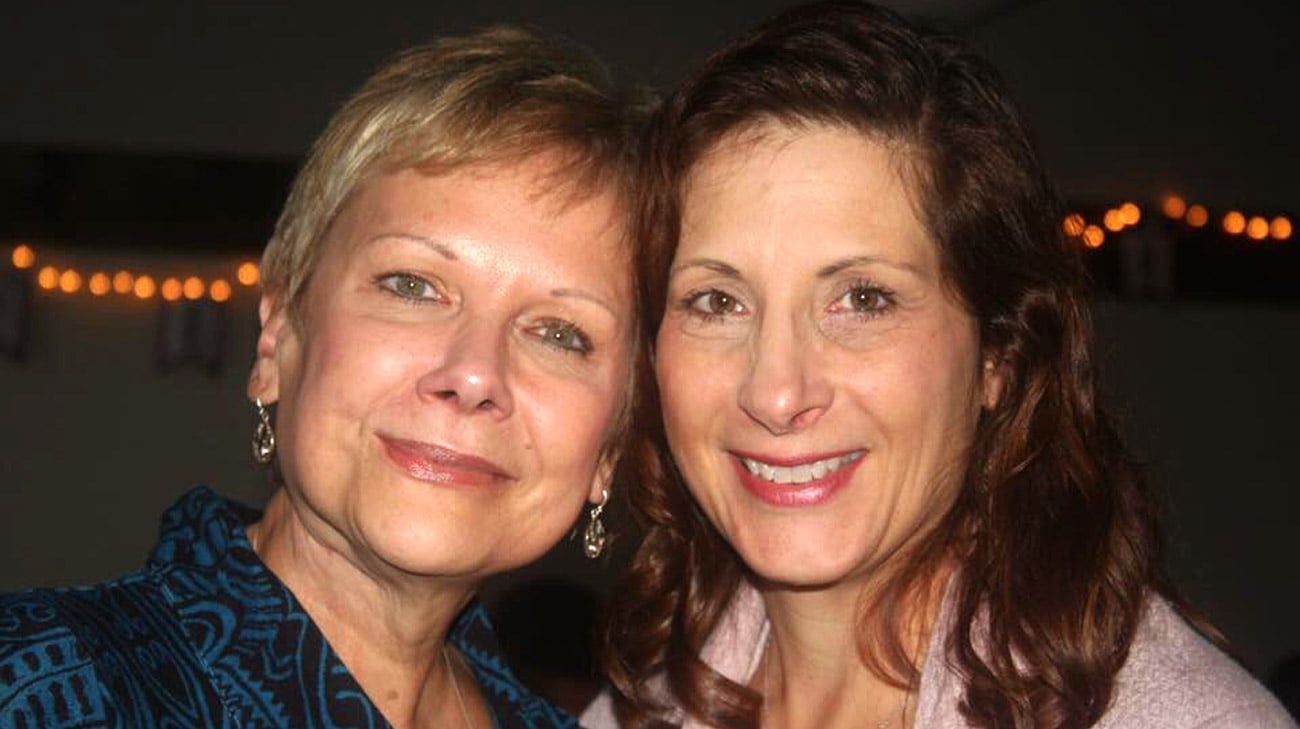 A lump behind her ear motivated Deborah (Deb) Miller to make an appointment with her primary care physician in 2013. She left with instructions to notify the physician if the lump got bigger. It did not, but at another appointment one year later, the physician referred Deb to a head and neck surgical specialist for a CT scan and follow-up.

“My faith is a very big part of my life,” says Deb. “God gave me an unsettling feeling about this situation. I had the CT scan, and rather than wait for the scheduled follow-up appointment, I reached out to an acquaintance at Cleveland Clinic who was able to get me scheduled with another specialist right away.”

“Deb’s cancer was invading the facial nerve, which affects every aspect of facial expression,” says Joseph Scharpf, MD, FACS, Director of Head and Neck Endocrine Surgery in Cleveland Clinic’s Head & Neck Institute. “With invasive cancers like Deb’s, we perform a radical parotidectomy – removing the whole parotid gland along with the facial nerve.”

Dr. Scharpf was able to successfully remove the tumor and obtain clear margins – meaning all cancer cells were removed. Often, this radical procedure leaves a patient with a huge dent on the side of the face, along with facial paralysis that affects appearance, as well as ability to speak, eat and close the eye.

That was not the case for Deb, thanks to a coordinated approach to her care. While Dr. Scharpf was removing the tumor and achieving clear margins in the surrounding tissue, another surgeon — Michael Fritz, MD, Section Head of Facial Plastic and Microvascular Surgery in Cleveland Clinic’s Head & Neck Institute — was performing a free flap procedure, taking skin, soft tissue and a nerve from Deb’s thigh to both re-contour her cheek and neck and restore facial nerve function. In addition, he transferred a tendon of a chewing muscle (the temporalis) from her jaw to her cheek and lower lip in order to provide immediate support and function for the paralyzed side. Deb’s surgery took more than eight hours.

“I’m just so, so, so grateful for the amazing care I received from these physicians who are the best in their field — care that was delivered in a very coordinated way to make things as simple as possible for me and my family.”

“Thigh tissue is used to re-contour the face; this procedure is performed like a transplant in that the tissue is harvested to include its blood supply and then the vessels are reconnected in the head and neck area. And the vastus lateralis muscle, the most powerful part of your quadriceps (a group of four large muscles in the front part of the thigh), includes a redundant nerve that I basically can steal to use to replace the facial nerve. Your thigh never even realizes it’s gone,” says Dr. Fritz. “With this procedure, rather than facing long-term facial paralysis, Deb had some short-term issues with facial tone, symmetry and movement. But with time, she looked much better and was able to eat and talk normally.” She has eventually regained most of her facial function, including her smile.

Following her surgery, he could not move the right side of her mouth or blink her right eye for quite some time. But Dr. Fritz had a fix for blinking issues as well. He inserted a small weight into her right eyelid to help it close using gravity.

“I ended up with an infection where the tendon was inserted, and that was the only time throughout this process that I cried. I had planned a trip to Disney World as an incentive, and was worried I would not be able to go,” says Deb. “But Dr. Fritz, with his positive and calming approach, took care of me. He told me everything would be fine, and it was.”

Deb’s overall recovery involved a lot of waiting. Within the first two years following surgery, most of her nerves had recovered; today, five years post-surgery, she’s still seeing some improvement. 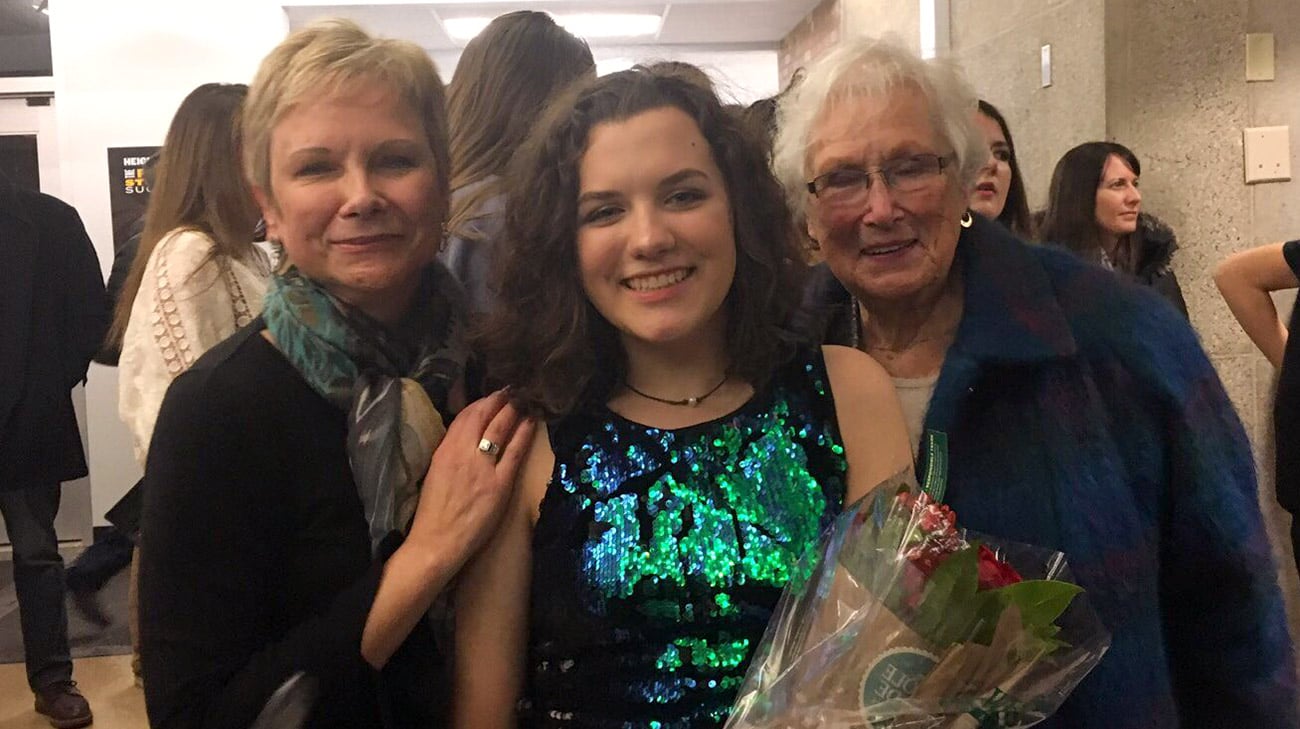 “During diagnosis and treatment, I didn’t do any online research because I was afraid of what I’d learn,” says Deb. “But after a couple of years, I asked one of my doctors what would have happened to me had this cancer occurred 10 or 15 years ago. It took him a while to answer, but when he did, he said most likely I would have died, because back then, they had no idea how to treat this.”

“A good portion of Deb’s outcome can be attributed to performing the multiple reconstructive techniques at the same setting as the cancer removal,” says Dr. Fritz. “Bringing healthy tissue into the surgical site with its own blood supply not only allows us to control long term contour, it also protects the surrounding tissue from scarring and the effects of radiation. By combining aggressive nerve grafting to restore natural facial nerve function with muscle transfer to immediately improve symmetry and lip support, we can achieve much better short and long term recoveries. This combination of techniques was begun here at Cleveland Clinic and reflects our commitment to not only curing cancer, but also to returning people to normal lives.”

Deb continues to see Dr. Fritz for periodic Botox injections to fine tune the movements of her facial muscles both on the treated side and her normal side. These injections help maintain her facial symmetry and improve her smile

“I’m just so, so, so grateful for the amazing care I received from these physicians who are the best in their field — care that was delivered in a very coordinated way to make things as simple as possible for me and my family,” says Deb.