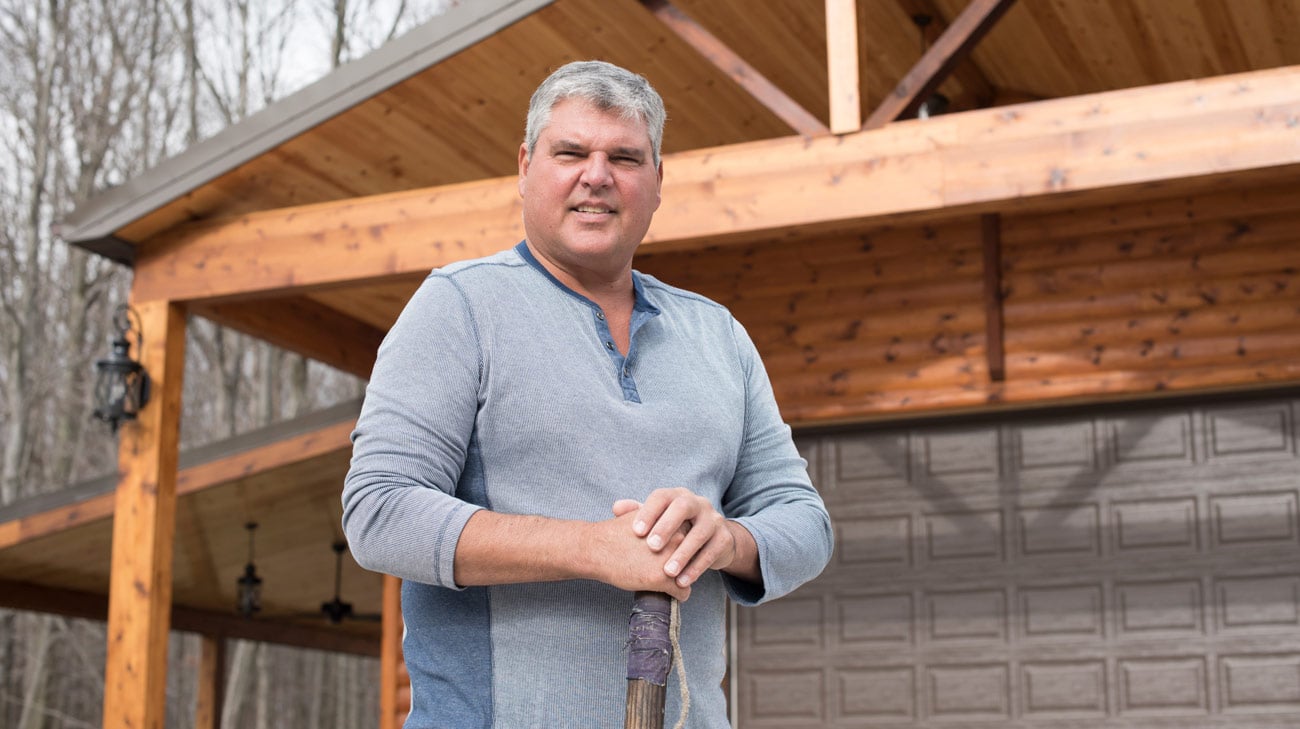 In the mid-1990s, Timothy Maderitz of Girard, Ohio, began to have difficulty walking up steps. He says it felt like he was “carrying a sack of potatoes.” It’s likely that feeling was an early symptom of multiple sclerosis (MS), though he wasn’t formally diagnosed until 2012.

According to Mary Rensel, MD, a neurologist with Cleveland Clinic’s Mellen Center for Multiple Sclerosis Treatment and Research who treats patients at the Cleveland Clinic Neurological Institute at Hillcrest Hospital and main campus, MS is sometimes missed initially because its symptoms can mimic other problems. “MS can affect almost anyone, and its symptoms can range from minimal to severe. Some people have such mild cases, the symptoms may come and go; meanwhile, others can be completely debilitated by it,” says Dr. Rensel.

A long-time employee of General Electric, Tim didn’t want to take time off work to get treatment for what had become chronic knee and hip pain. But when the plant where he worked closed in 2009, Tim saw an orthopaedic specialist at Euclid Hospital. In May 2010, Tim underwent a hip resurfacing procedure and, in January 2011, he had his right knee replaced.

Tim had rehabilitation therapy, but his walking did not improve dramatically. His orthopaedic physician consulted with a neurologist who scheduled Tim for an MRI at Hillcrest Hospital. “I was so impressed. They asked a lot of questions and did the MRI. Before I even got home, they called to tell me I had MS and scheduled an appointment for me to see Dr. Rensel,” says Tim.

"The staff at Hillcrest are so friendly and helpful, they make you feel great."

Since that diagnosis, Dr. Rensel has worked continuously with Tim to address the chronic and progressive effects of his MS with a variety of medications. Dr. Rensel also emphasizes the importance of maintaining a healthy lifestyle by eating well; having regular checkups, immunizations and routine screenings; not smoking (research shows smoking can hasten the progression of MS); and staying active.

“Regular exercise — including walking, running or swimming — can reduce fatigue and strengthen muscles. The more someone with MS exercises, the better,” says Dr. Rensel. Tim took Dr. Rensel’s advice about exercise to heart, joining his local Jewish Community Center, where he began swimming a few days each week. He felt so much better he expanded his routine to include use of some of the exercise machines. Now, he exercises at least four days a week.

There are a wide range of prescription medications for MS that can be taken by mouth, injected and/or infused. In addition, steroid infusions help ease inflammation and can be very beneficial when an individual with MS experiences an acute worsening of symptoms. Tim receives steroid infusion therapy every six months or so at the Neurological Institute at Hillcrest Hospital.

“They offered to send someone local to do the infusions at my home, but the staff at Hillcrest has got it going on! They are so friendly and helpful, they make you feel great. For five days, I drive myself to and from the hospital early each morning for an infusion that takes about an hour,” says Tim. “Afterward, I walk much better and feel almost normal.”

While there is no cure for MS, Dr. Rensel stresses that much has been and continues to be done to help manage the disease and slow its progression. This includes the development of new medications (that should be available in the next year or so) and clinical trials currently underway that focus on the regrowth or repair of nerves.