It’s 4 a.m. on a Friday morning. Brett Faulknier, DO, received a call at home from a physician at Cleveland Clinic Indian River Hospital’s emergency department. Immediately after hanging up, he was en route to the hospital and promptly trying to assess the information he received about 47-year-old Vero Beach resident, Paige Jerome. Upon arrival, he realized the medical team would have to act quickly.

“She came in short of breath and experiencing severe ventricular tachycardia (rapid heartbeat). But the medicines used to calm it down weren’t working and her electrocardiogram (EKG) looked bizarre,” recalls Dr. Faulknier, an electrophysiologist and expert in treating cardiac arrhythmias. “That’s a pretty uncommon scenario in a woman so young and otherwise in good health.”

Paige experienced a bad sinus infection days prior, and thought her symptoms were a result of bronchitis or pneumonia. However, doctors were fearful she was suffering a heart attack or some other form of heart failure. They quickly conducted additional tests, including a diagnostic coronary angiogram and an echocardiogram. The results were sobering. Paige’s heart was performing at just 20 percent of its normal function. 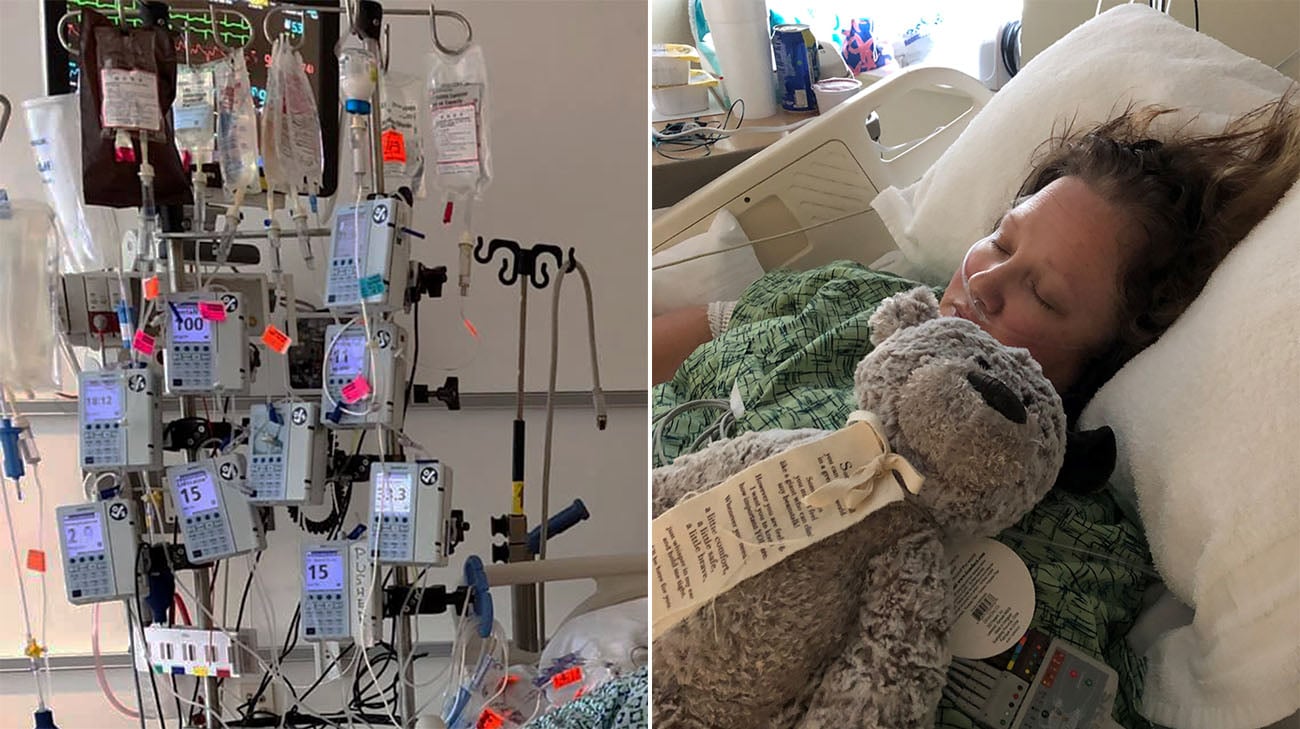 When she arrived at the hospital, Paige's heart was performing at just 20 percent its normal function. (Courtesy: Paige Jerome)

“We suspected she may have giant cell myocarditis, which is a very uncommon condition,” adds Dr. Faulknier. “I had to have a very difficult conversation with her and her family. I said, ‘There are many things we do well here. But there are things you may need to have done that we don't do here.’ And that included the possibility of a heart transplant.”

Despite how she was feeling, Paige remembers that conversation quite clearly. “Nothing was sugar coated or anything, but Dr. Faulknier was very compassionate,” she recalls. “In a very terrible situation, I felt safe and secure. I just felt like, that night, the doctors and staff knew the right thing to do.”

But she was scared, realizing she was experiencing heart issues almost exactly five years to the day since her brother died of a heart attack. He, too, was 47 years old.

Less than 12 hours after arriving to the emergency department, Paige was in an ambulance, being taken two hours south to Cleveland Clinic Weston Hospital.

One week later she underwent a life-saving heart transplant performed by cardiothoracic surgeon at Cleveland Clinic Weston Hospital, Cedric Sheffield, MD. “They told me I might have only had three or four more days to live,” says Paige. “I was really fortunate.” 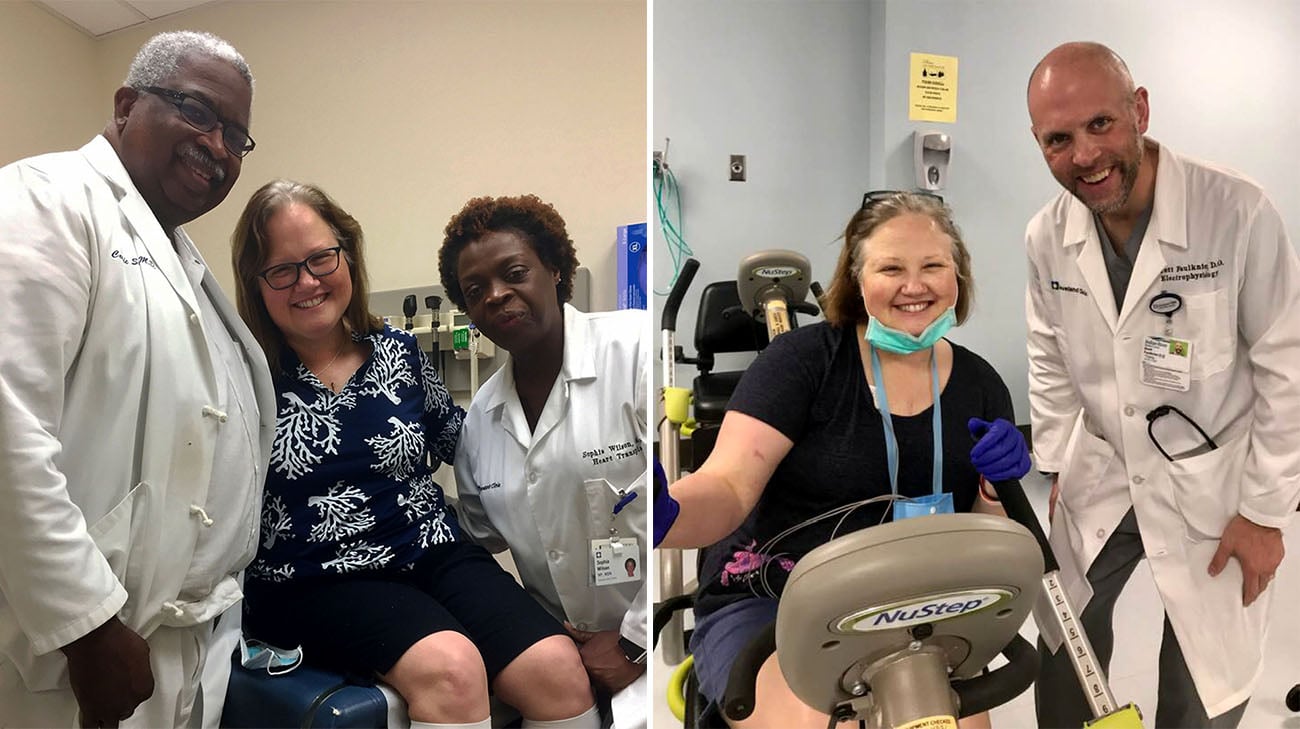 Collaboration was key, too, says cardiologist Viviana Navas, MD. She ultimately made the decision to add Paige to the heart transplant waiting list after reviewing the results of two additional tests -- a heart catheterization and endomyocardial biopsy.

“Paige was basically as sick as a patient gets,” she explains. “In her case, if we don't act (with a transplant) in a timely fashion, she’s not going to make it.”

Now fully recovered, they look back on her medical journey and are filled with gratitude. 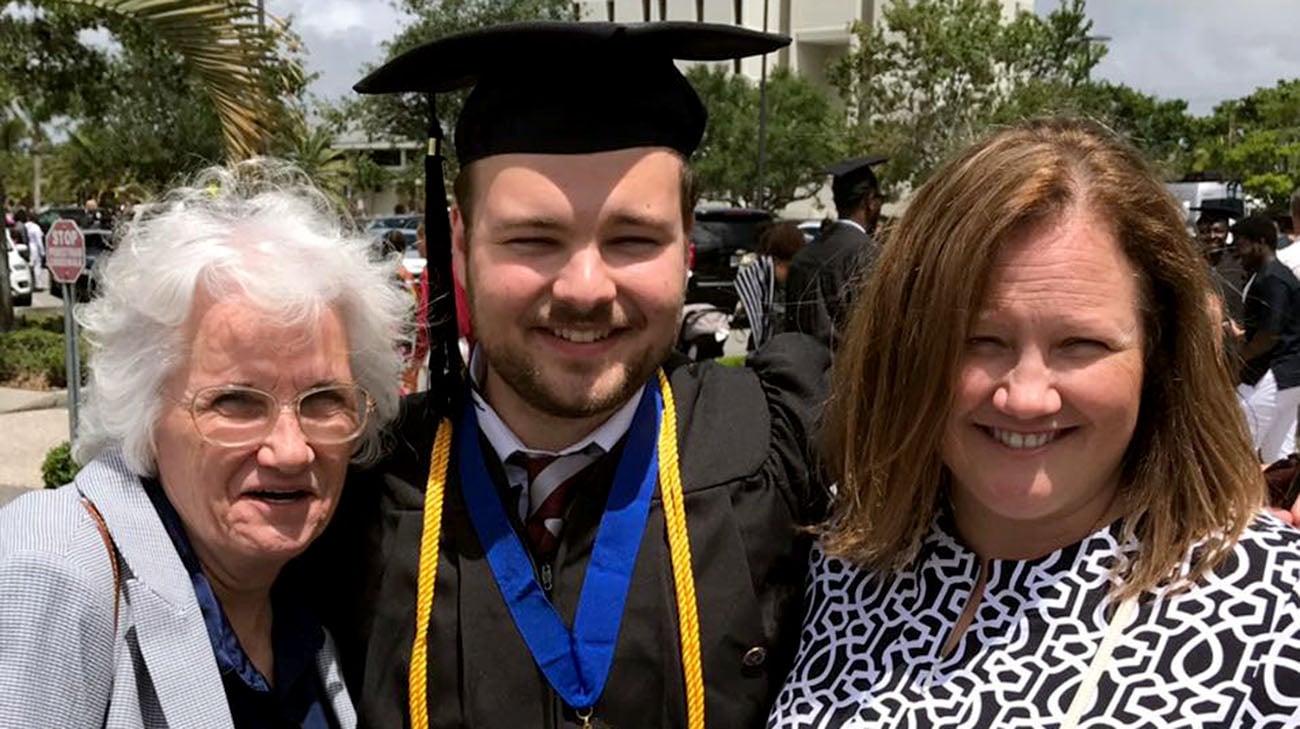 Paige and her mother at her son's college graduation. (Courtesy: Paige Jerome)

Paige’s mom, who brought her to Cleveland Clinic Indian River Hospital’s emergency department with Paige’s son, Jacob, says her daughter’s ordeal was stressful for everyone in the family.

“She got a second chance at life,” Jacob says.“The first thing I said to her after the transplant was ‘I love you and everything’s going to be alright.”

Through home health care, physical and occupational therapy and cardiac rehabilitation, Paige continues to heal and adjust to life with her new heart. She looks forward to “turning the corner” in her recovery and hopes to be back to her normal life by the first-year anniversary of her transplant.