“Unicorn” is the nickname given to Brigitte Coles by her thoracic surgeon, Daniel Raymond, MD. It’s a fitting moniker. “Something unusual, rare or unique” is the Merriam-Webster definition of unicorn. That meaning accurately describes the onetime Mansfield TV news anchor's medical condition.

“The location of her tumor presented a very rare challenge,” explains Dr. Raymond, of the tennis ball-sized mass wedged between Brigitte’s heart and lungs and wrapped around her aorta. “It was in quite an unusual place, one where we couldn’t know for sure what we were facing before we operated.” 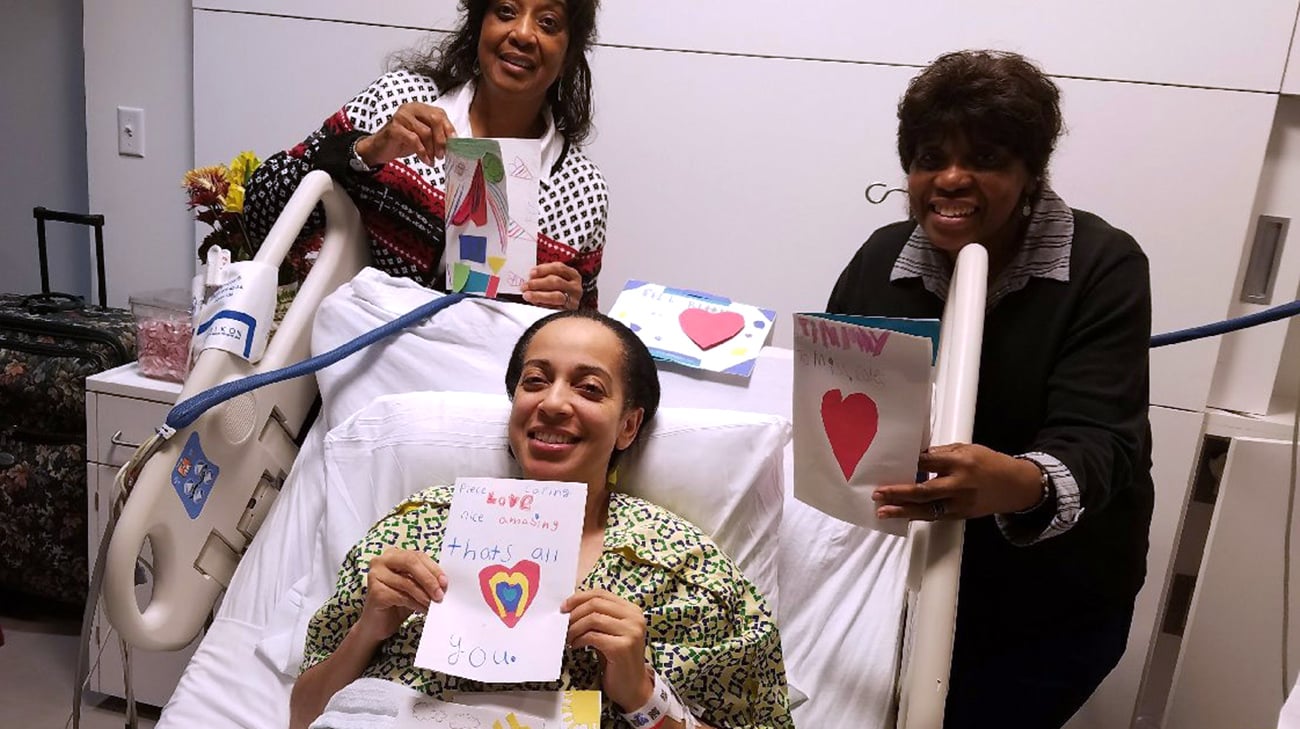 Brigitte's aunt and mother were her support system, praying with her and standing my her side before, after and during treatment. (Courtesy: Brigitte Coles)

For months before the paraganglioma was discovered, Brigitte had been experiencing shortness of breath, a dry cough, fatigue, heart palpitations and a fever. Visits to a variety of physicians and hospitals initially resulted in a misdiagnosis of histoplasmosis, an infection common in Ohio residents, caused by breathing in spores of a fungus.

But when antifungal medication didn’t relieve her symptoms, Brigitte continued to seek out the cause of her illness. She was shocked when the tumor was finally discovered and doctors referred her to Cleveland Clinic for treatment.

“You get so many emotions,” says Brigitte, who is now a community engagement specialist for Richland County Children’s Services, author and a motivational speaker. “I was devastated and afraid, but I’ve got too much to live for. Whatever this fight is going to be, let’s do it.” 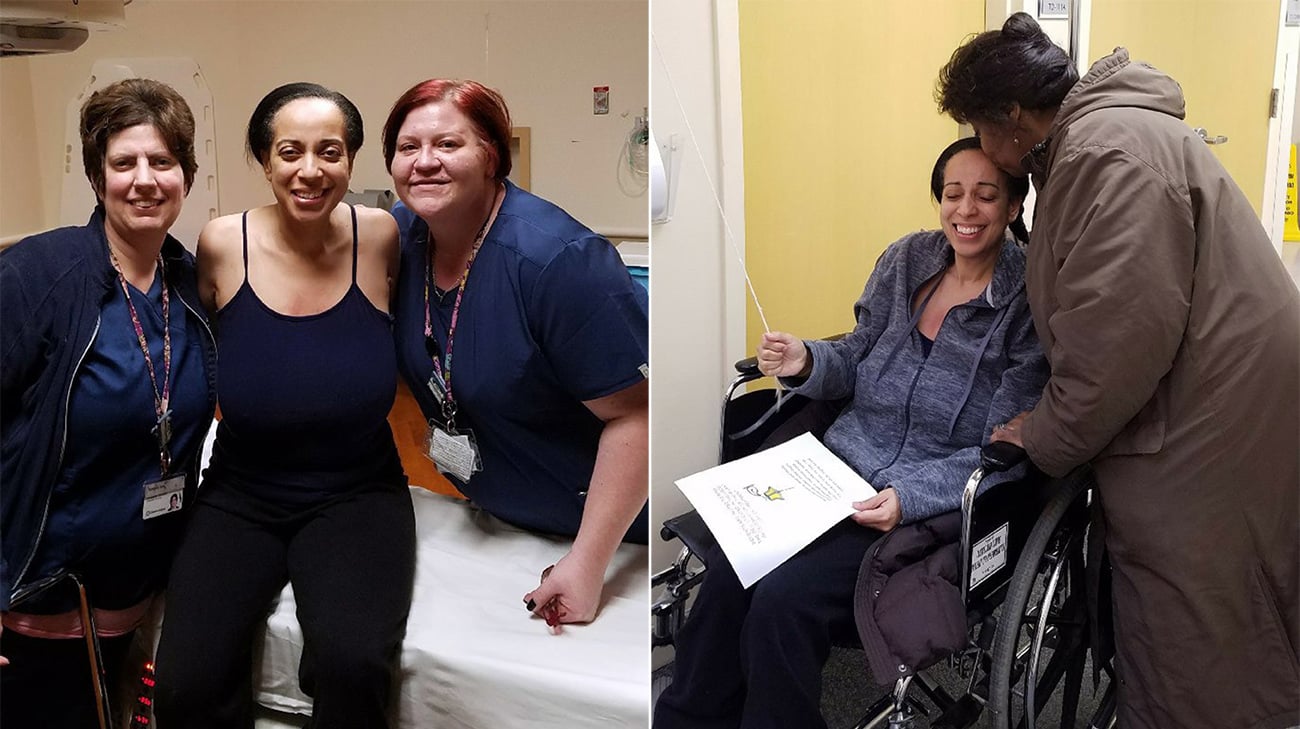 Dr. Raymond consulted with radiation oncologist Gregory Videtic, MD, to determine how to best attack the tumor. At the time, because of its difficult-to-access position in her chest, they weren’t sure if it was malignant or benign.

As Dr. Videtic describes the situation, which he hadn’t seen in 10 years: “Our discussion hovered around which approach carries the most burden of side effects: Is it better to operate first and then perform radiation therapy? Or shrink it through radiation first and then operate? We picked the least complicated, but still complex, of the two approaches.”

That meant five weeks of radiation therapy first, a total of 25 treatments in all. To ensure the radiation would be effective in reducing the size of the tumor without damaging the tissue of nearby organs, Dr. Videtic created a 3D model of the area and used it to target the therapy as accurately as possible.

“I call it ‘shaping the cloud’,” he continues. “Each healthy organ has to be kept as safe as possible while we tackle the tumor, 100 percent.”

Brigitte remained in Cleveland throughout the five-week outpatient radiation regimen, staying in the American Cancer Society Hope Lodge. Her mother, Mary Hornung, never left her side throughout the radiation treatment, the open-heart surgery and recovery that followed. Brigitte’s father, aunts, uncles and cousins often made the drive from Mansfield to be with her. 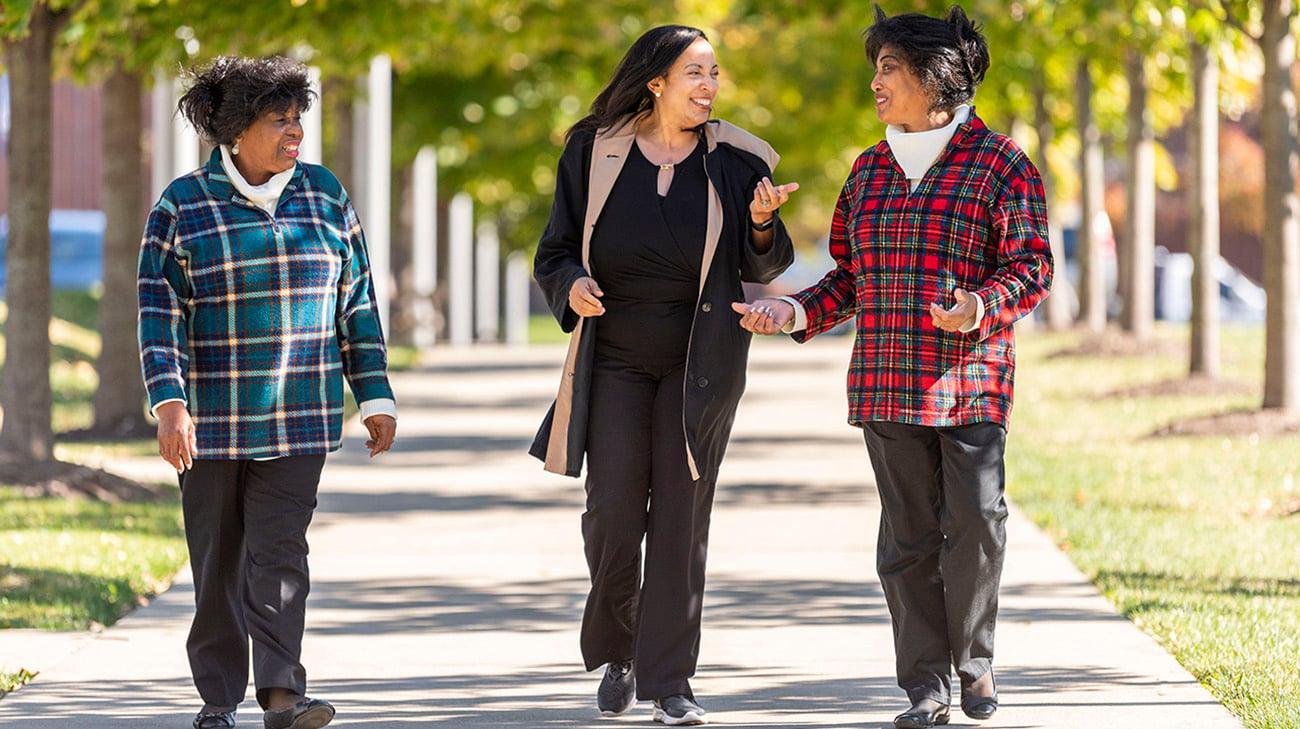 Brigitte's mother, Mary Hornung, (left) and her aunt, Virginia Thornton, (right) have stayed by her side throughout her health journey. (Courtesy: Cleveland Clinic)

“Sometimes, I felt like I was in a boxing match and got knocked down a few times, but my family, doctors and nurses were always there to pick me back up.”

Upon the completion of the radiation treatment, Brigitte next endured open-heart surgery. While the radiation shrunk the size of the tumor, the surgery would be no less complex. It required Dr. Raymond and Michael Tong, MD, to divide Brigitte’s ascending aorta, and carefully remove the tumor resting between the aorta, main pulmonary artery and heart. Complicating matters was the fact the recurrent laryngeal nerve – a nerve to the left vocal cord -- runs around the aorta and was involved by the tumor. 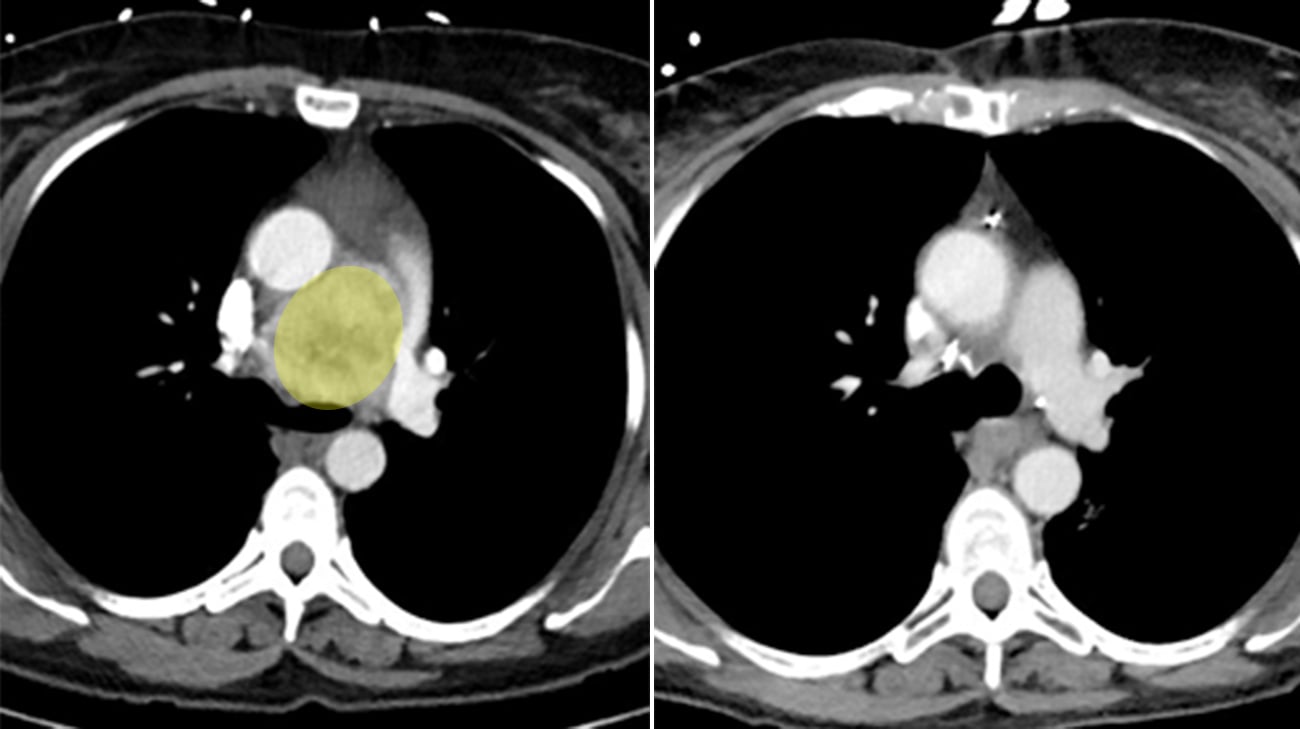 The tumor was the size of a tennis ball before radiation (left). Even though the treatment shrunk the tumor (right), doctors still needed to complete surgery. (Courtesy: Cleveland Clinic)

The four-hour surgery was successful, the tumor was removed and Brigitte required no further treatment. However, she did suffer vocal cord paralysis, making her sound “like Elmo” for a number of months. However, speech therapy and the passage of time have returned her broadcaster’s voice to normal. (She also underwent rigorous occupational and physical therapy as part of her recovery.)

Today, following months of rest and recuperation from the grueling radiation therapy and surgery, Brigitte truly feels like a “unicorn” because she survived the ordeal – and is thriving. 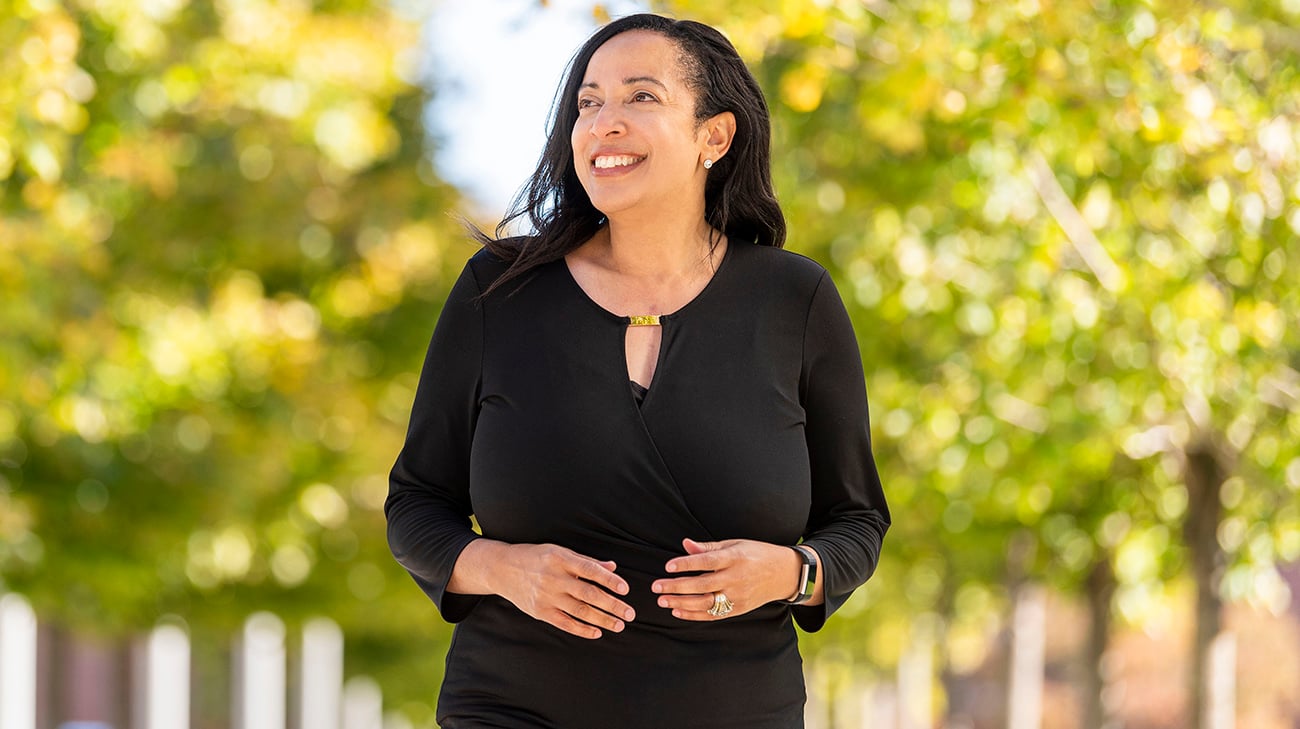 Brigitte's advice for other patients going through a tough medical obstacle is to have faith and don't give up. (Courtesy: Cleveland Clinic)

She has advice for others facing the uncertainty and rigors of a serious medical condition.

“I like to convey to people, that there’s nothing wrong with getting a second opinion, to have faith and don’t give up.”