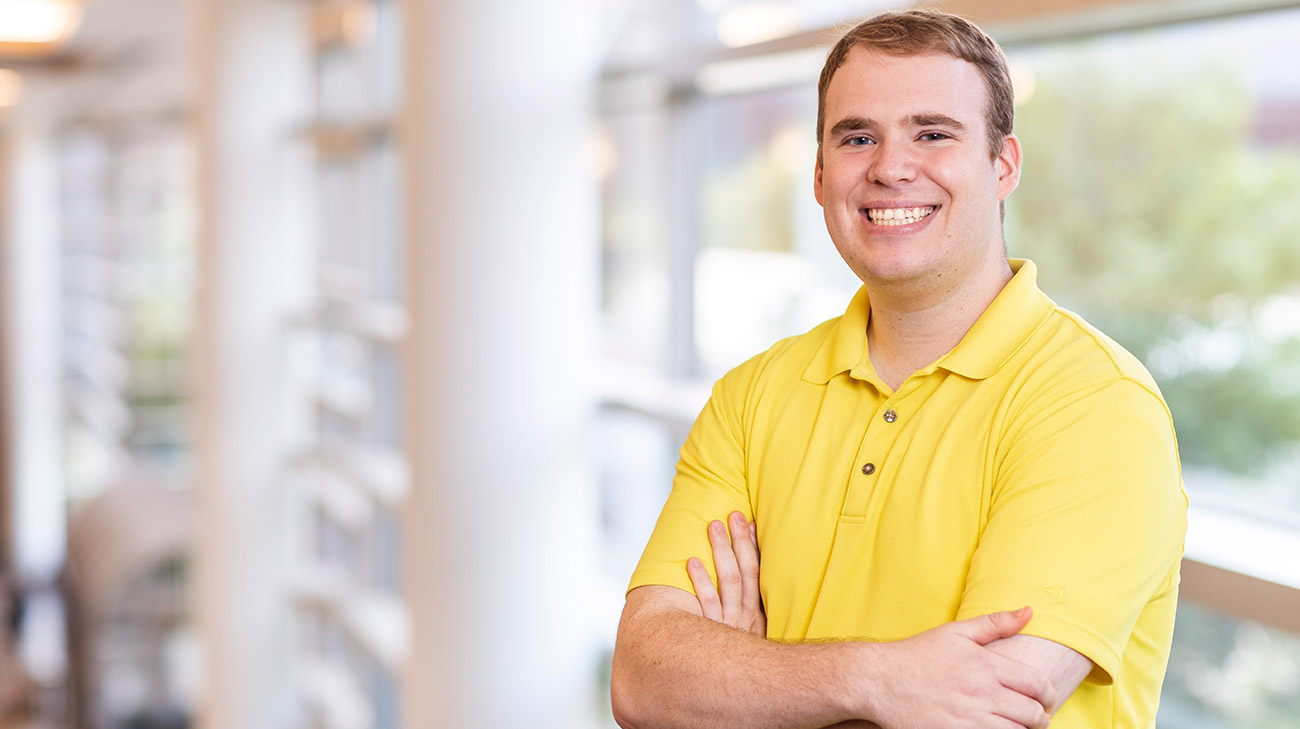 When he was 17 and a busy high school junior in Chicago, Michael Ambrose came down with what he thought was a nasty case of stomach flu. However, when the pain and discomfort continued for weeks, his parents took him to a doctor — and then to several more, all of whom had difficulty determining the cause. In fact, Michael's case became a subject at medical conferences as his physicians strived to solve the mystery.

“One of them said to me that my official diagnosis was, ‘You've got some messed-up “blank” going on,’” he recalls.

Eventually, through a colonoscopy and genetic testing, the cause was found to be a rare, hereditary disease called juvenile polyposis syndrome (JPS). Only about 1 in 100,000 people have it, and those who do are at increased risk of developing colorectal, stomach, small intestine and pancreatic cancer. The genetic test also discovered a rare blood disorder called hereditary hemorrhagic telangiectasia (HHT), caused by the same genetic mutation responsible for the JPS.

Over time, the illness severely impacted Michael's life. He had endoscopies and colonoscopies every six months, with removals of “dozens and dozens” of polyps in his colon, intestines and stomach. Through it all, he still managed to hold down a stressful job as a staffer for a congressman in Washington, D.C. Finally, at the age of 27, he suddenly became tired, dizzy and winded. After several days he couldn’t walk or even lift his arm without getting exhausted and was on bed rest for several weeks.

The cause was internal bleeding from a polyp so large that doctors at several top hospitals said they could not remove it endoscopically. Instead, they advised, Michael should have part of his stomach removed in a surgical procedure known as a gastrectomy.

In the fall of 2017, Michael first met with Dr. Bhatt; in January 2018, he had an endoscopic procedure called an Endoscopic Mucosal Resection (EMR). Normally, it's a same-day outpatient procedure, but because Michael lived out of state, he remained at the hospital for a few days as a precaution, Dr. Bhatt says.

Since then, Michael has lived a normal life with a normal diet, and even started a new job that requires a fair amount of travel.

“I can't say enough about Dr. Bhatt and his team,” Michael says.


Listen to Dr. Bhatt discuss the use of endoscopic mucosal resection (EMR) on Cleveland Clinic's Love Your Heart podcast.

Polyposis begins in the first decade of life, and most patients are symptomatic by the age of 20, Dr. Bhatt says. “A lot come to us when they are in their 20s and 30s, and the last thing you want at that age is surgery that changes your lifestyle.”

Dr. Bhatt performs a high volume of endoscopic procedures because he offers a specialized, diverse skill set, combining two different techniques. He developed these skills through extensive medical training at Cleveland Clinic and then in Japan, a country where gastric cancer has been one of the most common cancers for the last decade, he says.

Because there is no cure for Michael's disease, he probably will need more procedures in the future, Dr. Bhatt says. Yearly exams are required because, “we never want the disease to get away from us.”

For his part, Michael says he is willing to do whatever it takes to continue leading a normal life.

“So much of it is just having the right outlook, to count your blessings,” he says. “I have a very supportive family, who are great advocates for my care, and Cleveland Clinic is phenomenal. Everything there is top-notch, from the facilities to the nurses and staff. Dr. Bhatt is a lifesaver, and my whole family is so thankful to him.”