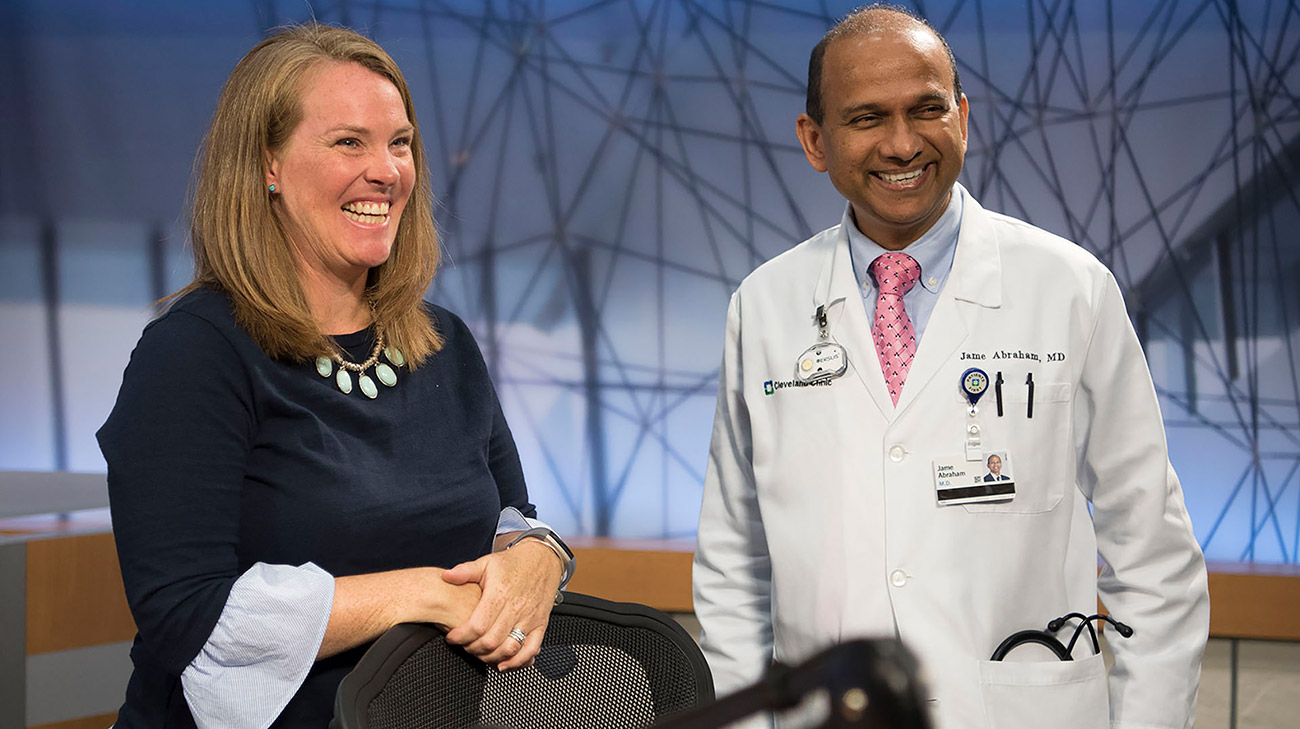 Once a week, for 12 weeks, Jennifer Buckland would pull a hockey-like helmet over her strawberry-blonde hair, and tighten the chin strap. Only then, would her chemotherapy treatment for Stage 1 breast cancer begin at Cleveland Clinic’s Taussig Cancer Institute.

Jennifer, 43, donned the unusual “cooling cap” headgear for as many as eight hours at a time – before, during and after her treatments – in an effort to stem a common side effect of chemo: alopecia, or hair loss.

“I tried it because the loss of your hair is the most visible sign that you’re going through something traumatic,” says Jennifer, of Willoughby, Ohio, who is now cancer-free. “You lose so much during the (cancer treatment) process, I wanted to keep one part of my identity intact.”

Jennifer was part of a 142-patient, 2015 trial of the Orbis Paxman Hair Loss Prevention System (OPHLPS) cooling cap, which circulates cooling fluid through the helmet-like cap in order to reduce the temperature of the patient’s scalp during treatments. This practice decreases the susceptibility of hair follicles to chemotherapy-induced damage.

She was one of the more than 50% of cooling cap users in the trial to not incur hair loss; however, all of the patients in the control group not using the cooling cap lost their hair. Jame Abraham, MD, Director of Cleveland Clinic Cancer Center’s Breast Oncology Program and Co-Director of the Comprehensive Breast Cancer Program, says hair loss can have a huge psychological impact on breast cancer patients.

“I tried it because the loss of your hair is the most visible sign that you’re going through something traumatic. You lose so much during the (cancer treatment) process, I wanted to keep one part of my identity intact.”

“Women with breast cancer often consider alopecia one of the most severe and distressing side effects of chemotherapy,” explains Dr. Abraham, a lead researcher in the study conducted at seven U.S. medical centers. “Scalp cooling offers a very viable option to help preserve their hair.”

For each of her 12 initial chemotherapy treatments, during which she was administered the drug taxane, Jennifer wore the cooling cap – which has since been approved by the Federal Drug Administration. Using it was literally a chilling experience, as her scalp would become cold enough to cause headaches. Hot soup kept her nourished, and a blanket helped her stay warm during each session.

“When I took off the cap, ice crystals would be in my hair,” she recalls. “But it was worth it.”

Jennifer – a physical therapist at Cleveland Clinic Euclid Hospital – was especially thankful the hair preservation helped lessen the impact of her illness on her young children, daughter Ava, now 10, and son Zachary, 7.

“If I could somehow conceal what I’m going through so they didn’t have to see and deal with it, then all the better. It just made the process smoother for our family,” says Jennifer, whose straight silky hair reaches below her shoulders. “My son says he doesn’t remember me going through it, which shows you how much of a non-event it was for him. I’m so grateful.”