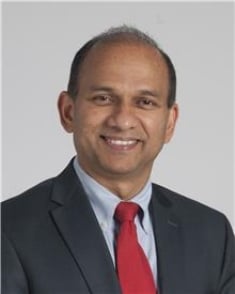 From 2013 to 2019, Dr. Abraham served as director of the Cleveland Clinic Breast Oncology Program, and co-Director of the Cleveland Clinic Comprehensive Breast Cancer Program, until he was promoted to Department Chairman.  He has more than 17 years of experience of treating complicated breast cancer diagnoses, from early stage to metastatic, and leading novel clinical trials.

At the NCI, Dr. Abraham was the study chair of several early-phase clinical trials that included novel treatments for breast cancer such as Ixabepilone, which was approved by the FDA in 2007. During his fellowship, Dr. Abraham edited the first edition of the Bethesda Handbook of Oncology (Lippincott Williams and Wilkins). Now in its 5th edition, it is one of the best-selling oncology textbooks in the world. It is considered the standard textbook by many universities and hospitals across the world.

After finishing fellowship, Dr. Abraham joined West Virginia University (WVU) in 2001 as an Assistant Professor. In 2005, he was appointed Chief of Hematology/Oncology and was later appointed as the first Bonnie Wells Wilson Distinguished Professor of Breast Cancer Research, and Professor of Medicine of WVU. While at WVU, Dr. Abraham established the first comprehensive breast cancer program in the state of West Virginia in 2002. He received several awards from WVU for patient care and teaching, including Attending of the Year and Teacher of the Year. His outstanding work in patient care was recognized by the Excellence in Clinical Medicine award from the Dean of the School of Medicine in 2010. He received an award from the President of India, Her Excellency Mrs. Pratibha Patil for his contribution to cancer care in 2010. 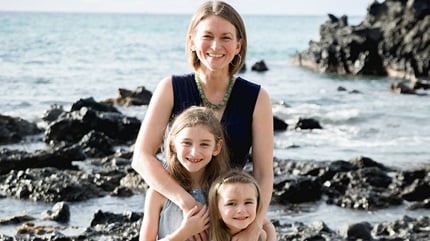 Dr. Abraham always is pleasant and listens to his patients. His warm and caring attitude is evident at every visit no matter where you are in your treatment plan. I see him yearly for a follow up and he displays his kindness and compassion still at this point.

Not only would I highly recommend Dr. Abraham to others, I have to several others! He has always been such a positive force in my treatment-giving me such confidence and optimism. I wish others are as blessed with such a caring, compassionate doctor. Dr. Abraham is amazing!

Honestly, being in Dr. Abraham's care Is very comforting with his experience and listening to my needs. At this visit, he changed my medication due to the pain I was having with Amiridex. Thanks so much to Cleveland Clinic's staff for all help on my journey to better health.

I hope Dr Abraham is around for a very long time!

Dr. Abraham at Cancer center is the best doctor.

I have the highest regard for Dr Abraham. I always leave more informed and lightheaded. He is kind, thoughtful and a wonderful human being

Dr. Jame Abraham is truly the best of the best in every category.

The staff is caring & attentive. *Dr. Abraham is the most caring, informative, and wonderful doctor I have every had. The entire team is fantastic!

Dr Abraham is the best!

Dr. Abraham had a fellow with him that day. The fellow was professional and respectful. There is no one like Dr. Abraham! Dr. Abraham exudes confidence and compassion such that I always feel that I have come to the right place. He is kind, compassionate and he reads me well. He always answers my questions honestly and In a straight-forward manner and with data and experience to back up his recommendations. I relax knowing I am in the hands of an expert. I come from out of town to see him by choice. I know I have had the best care and I commend him, his staff and CCF for helping cancer patients to feel they have power over these terrible diseases.

I was amazed at how well Dr. Abraham and Dr. Barot, knew my case.

I am so impressed at with how the providers worked together and communicated with one another. Wonderful experience so far.

I had a wonderful experience and am so grateful to Dr. Abraham and his team!!

Dr. Abraham is an amazing provider and I had a great appointment. He is careful to provide helpful explanations and answer all questions!

I value dr Abraham as been a great doctor. He listened and helps us to understand.

Dr. Abraham explained to me the very complex situation in such detail, in a clear and understandable method. I had never received such information that I completely understood at all levels. I traveled from FL to have this visit. I care I received was second to none.

Dr. Abraham is an amazing doctor and person. His compassion and care for me as a patient and person means the world to me! His knowledge and expertise eases my worries.

Doctor Abraham is the best physician that I have ever met.

Dr.Jame Abraham is a gift from God. CC should make sure they take good care of him because you will never find another doctor like him. He is one in a million!

Dr. Jaime Abraham is always kind and helpful and is an excellent oncologist.

How I thank God for Dr. Abraham! He cared about my whole health. Besides my cancer, he was also very careful about my heart. He is most encouraging, caring, knowledgeable, listening, and gentle. I can't say enough good about him! I always want him for my doctor. To me, he is the greatest!

I was very satisfied with the care I received from Dr. Abraham

I love Dr. Abraham and his team. He is always so kind and takes his time with me.

Dr. Abraham is wonderful. Professional, informative, kind. I always feel better after meeting with him.

Always a pleasure to speak w/Dr Abraham. He's very kind and personable and doesn't rush you!!

Best Doctor ever!!! So glad I was referred to him!!

Dr Jame Abraham is the best oncologist there is. I praise & recommend him to everyone.

My physicians care was superb. I have recommended him to others.