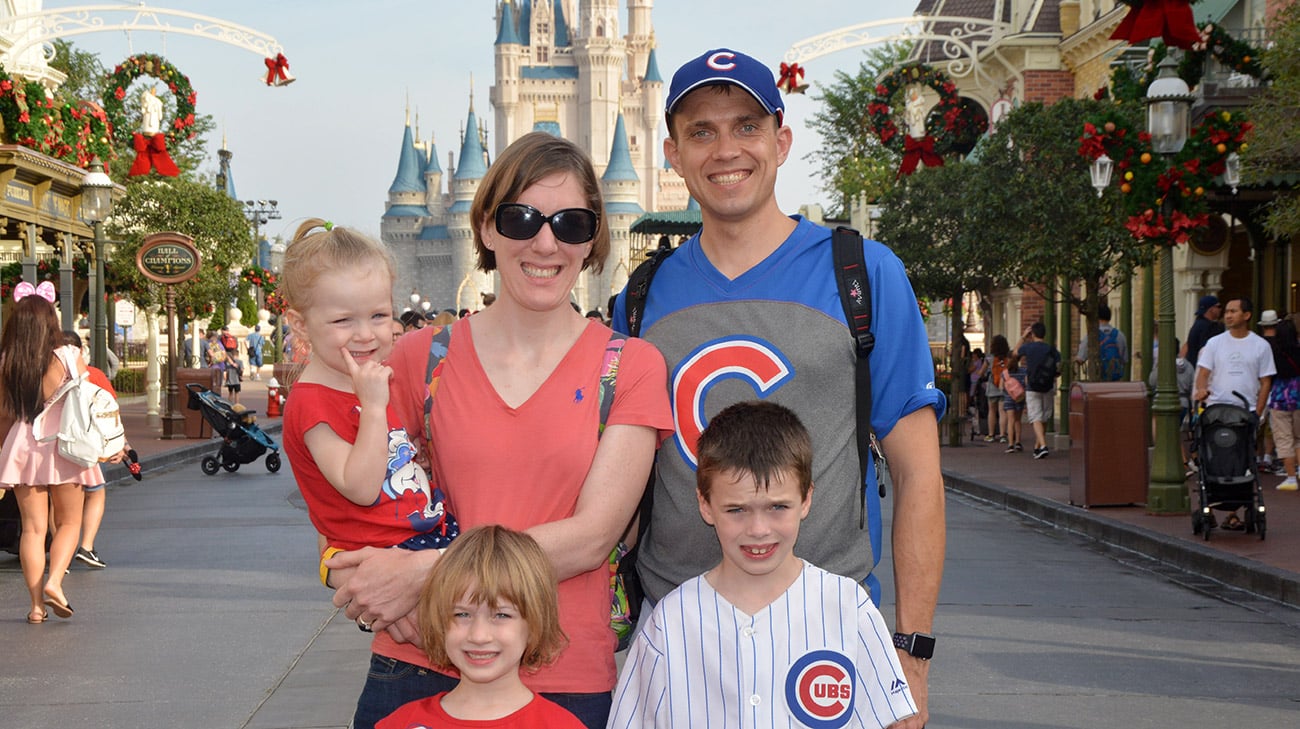 Annie Schreiber awoke from surgery, seeking an answer to a critical question: Where was her stoma?

If an opening had been made on the right side of her abdomen, the ileostomy – which diverts waste out of the body through the large intestine, rather than through the rectum – would be temporary. It would be removed when her surgery for Stage 3 rectal cancer healed.

If, on the other hand, an opening had been made on the left side, the colostomy would be permanent, and the 36-year-old mother of three would require the use of a colostomy bag for the rest of her life.

“I immediately felt each side of my abdomen,” recalls Annie. “I was happy to find it on the right.”

Prepping for surgery, Annie was told by surgeon Scott Steele, MD, Chairman of the Department of Colorectal Surgery at Cleveland Clinic, that he wouldn’t know which approach would be necessary until the surgery was underway. But he had high hopes that the permanent colostomy could be prevented, due to the use of a minimally invasive surgical technique called transanal total mesorectal excision (TaTME).

“With rectal cancer, first and foremost our goal is to cure the patient,” says Dr. Steele. “But the other aspect is to improve the quality of life. And if we achieve both, it’s an incredible outcome.”

The prognosis is very good for Annie, who has recovered from her November 2017 surgery and is currently undergoing chemotherapy treatment. She is one of a surprising number of people in the 20- to 54-year-old population who have been diagnosed with colon or rectal cancer in recent years. Sadly, mortality rates have increased, also. 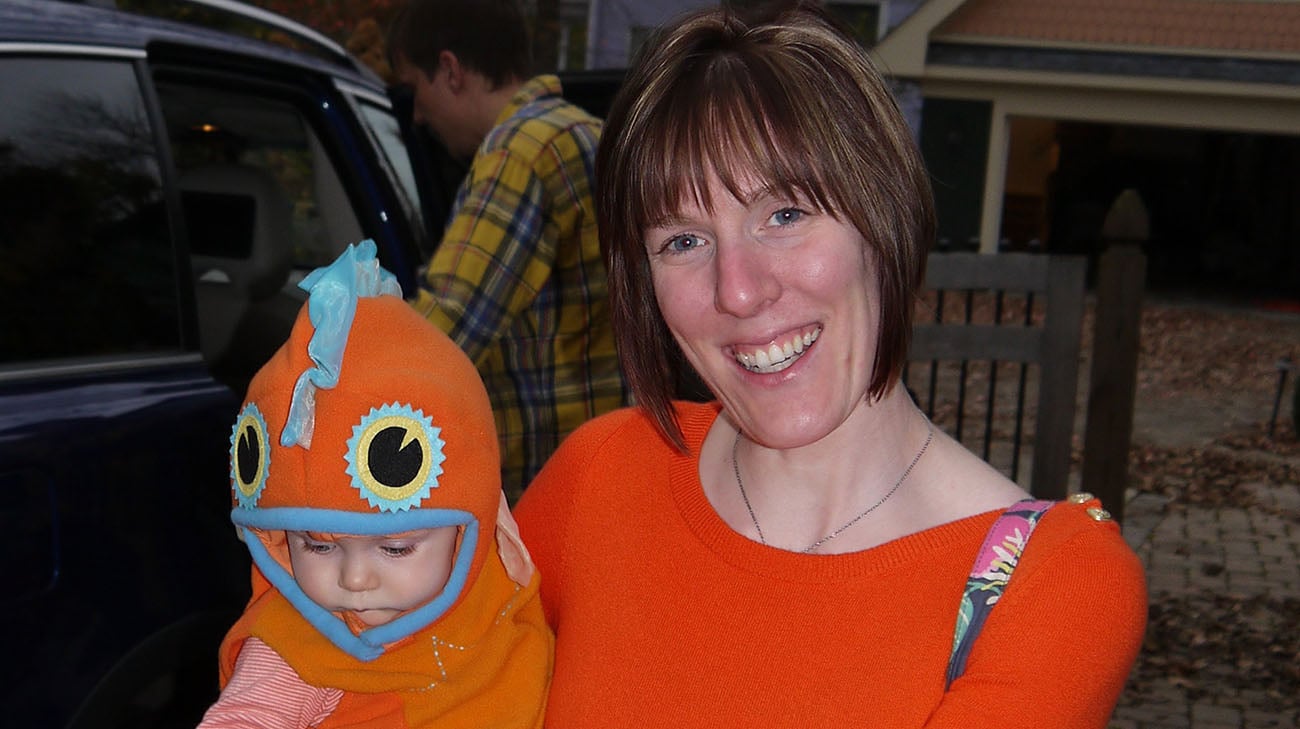 Annie with her then 1-year-old daughter, Sylvia. (Courtesy: Annie Schreiber)

When the Lafayette, Indiana, resident noticed some blood in her stool in August 2017, Annie thought that she recognized a classic symptom of hemorrhoids. “I was young and healthy,” she notes. “It didn’t even cross my mind that cancer was a possibility.”

Her family doctor told her to eat more fiber and drink more water. But her symptoms persisted, so he referred Annie to a gastroenterologist (GI). The GI suggested a diagnostic colonoscopy, an endoscopic examination of the large bowel using a camera attached to a flexible tube inserted through the rectum. Annie was told the chances were slim it was anything but hemorrhoids.

So, she initially put off having the procedure – until she read an informative CNN.com article. She was shocked to learn that two people her age, also with young families, had died because colorectal cancer had spread to other parts of their body before it was detected.

“The day I read the article, I called to schedule the colonoscopy,” Annie recalls. “Thank goodness that article was published. It probably saved my life.”

The results, nevertheless, were shocking for Annie and her husband: Cancer. 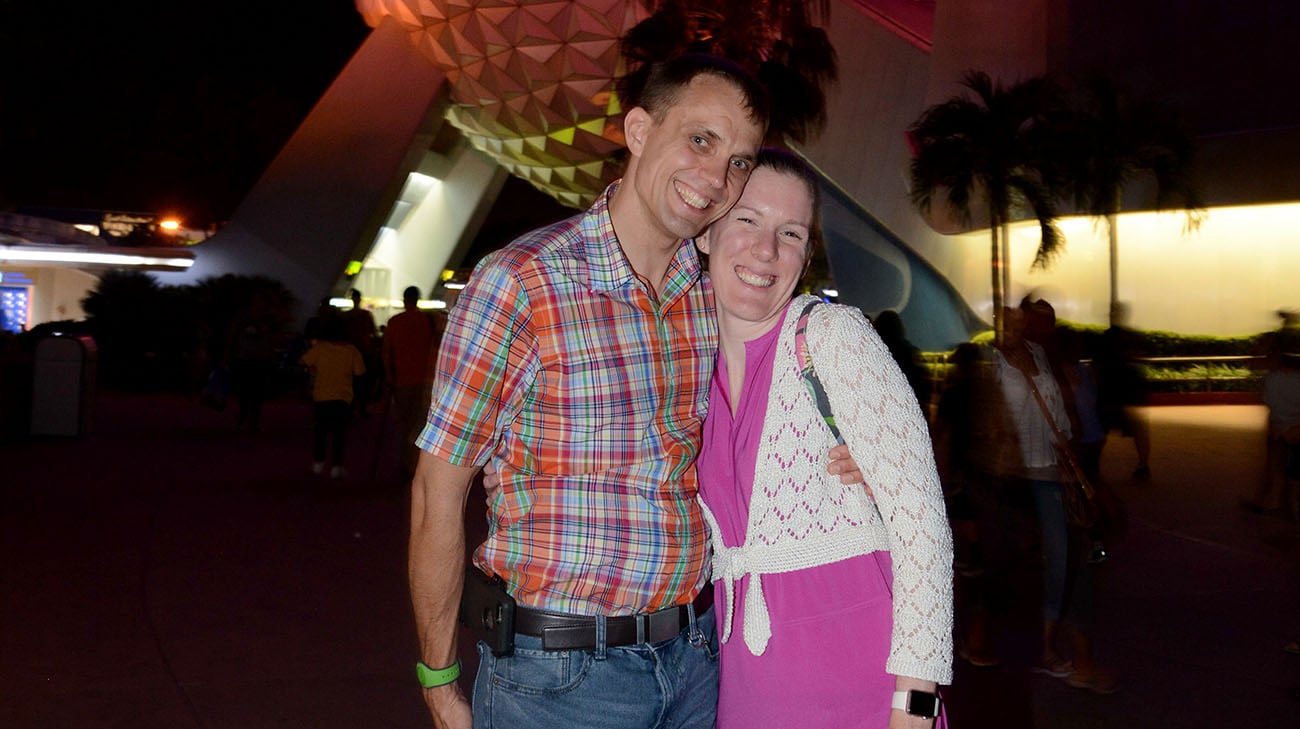 Annie and her husband, Sven, enjoying a night out at Epcot during a family vacation. (Courtesy: Annie Schreiber)

“They said it was my decision to have surgery, or take a wait and see approach. With three young children, I wasn’t comfortable unless I did everything I could to keep alive as long as possible.”

She sought a second opinion consultation with Cleveland Clinic. That’s when she met Dr. Steele and learned about TaTME and the possibility that her cancer – located very low in her rectum, and more difficult to reach without damaging the sphincter – might be removed in a less-invasive fashion.

Research has revealed that while both TaTME and more traditional forms of colorectal surgery produce similar results in curing cancer, TaTME often improves recovery time. And, it helps eliminate the need for a permanent colostomy bag.

“Before coming to Cleveland Clinic, I thought a permanent colostomy was my only option,” says Annie. “Because I’m likely to survive a long time, I’m so grateful that I’m going to live my life normally.”