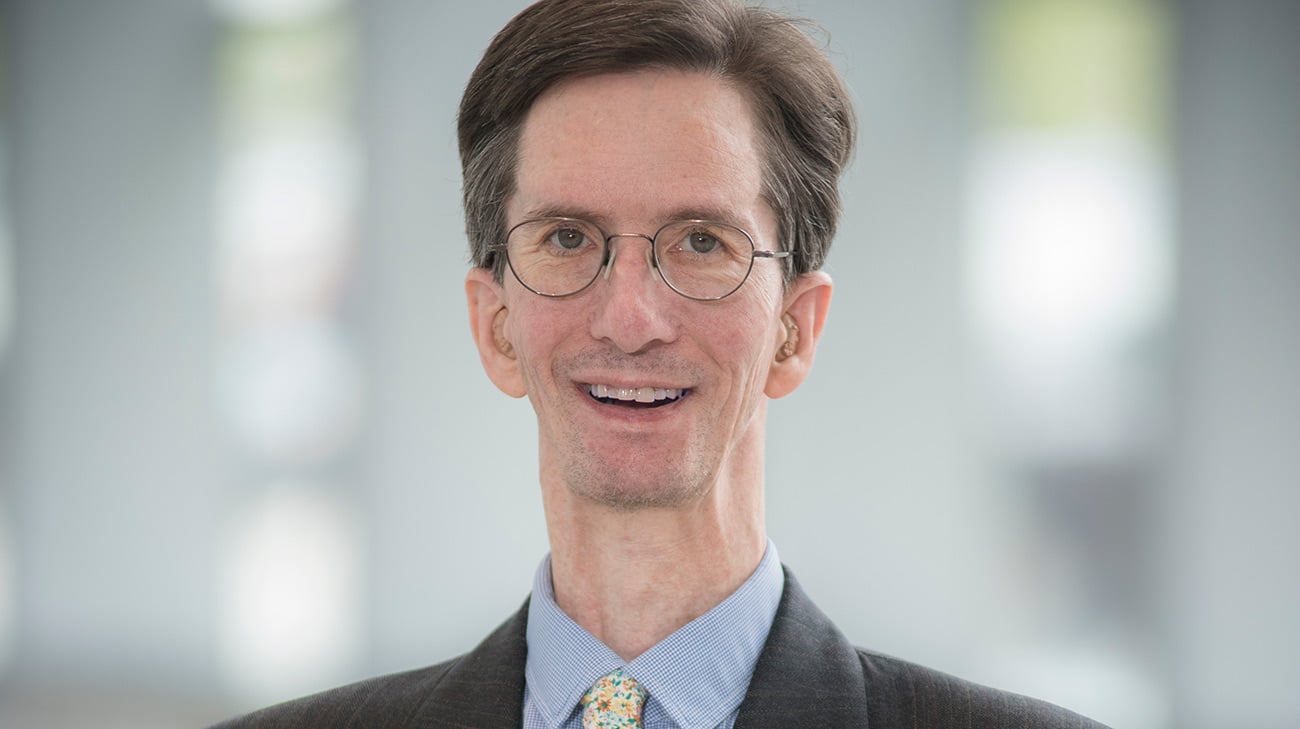 Kevin Walters of Lincoln, Illinois, has dealt with multiple health issues over the last 17 years, but it was sleep apnea that took away his day-to-day living.

Kevin has a genetic connective tissue disorder and other complex health issues that resulted in six brain surgeries and a mitral valve replacement at Cleveland Clinic, an experience he describes as “incredible.”

However, sleep apnea caused his breathing to stop hundreds of times during the night, decreasing the amount of oxygen to his brain and creating additional stress to the rest of his body.

“It was really bad,” he says. “I believed it was the result of my condition and surgeries. I lived with it for many years.”

Kevin went to medical centers in Chicago and New York, but no one could resolve his apnea episodes, which were taking place more than 60 times per hour of sleep (30 and greater is considered “severe”).

His weight dropped from 130 to 88 pounds. Travel became laborious and at one point he was awake 117 hours straight.

“I couldn’t walk a half mile,” he says. “I thought it was just something I’d always have to live with.”

“Sleep apnea can have a tremendously negative impact on health and quality of life,” says Nancy Foldvary-Schaefer, DO, MS, Director of the Sleep Disorders Center at Cleveland Clinic.

“Cleveland Clinic was wonderful. The heart surgeons saved my life, but Dr. Foldvary-Schaefer gave me my life back.”

Like most sleep apnea patients, Kevin was offered a CPAP machine as the first line of treatment. CPAP therapy provides a continuous flow of pressure that stents the airway, preventing airway collapse in sleep and the resultant drops in oxygen and arousals from sleep. Unfortunately, Kevin was unable to tolerate continuous air pressure because of his abnormal craniofacial anatomy, connective tissue disorder and brain disorder, causing him to swallow air that led to abdominal bloating.

“Many patients and healthcare providers stop right there,” says Dr. Foldvary-Schaefer. “But there are so many ways – from oral appliances, devices and surgery -- to go to the next level.” The Sleep Disorders Center has a team of experts to help diagnose and treat complex sleep apnea issues.

Dr. Foldvary-Schaefer determined that an automatic bi-level PAP device, a less commonly used machine for sleep apnea, could be a successful treatment option. The machine lowers pressure when one exhales so that one can breathe out. Kevin was provided the machine and a medication to help him sleep at night.

“I could immediately tell the difference,” he says. “I had forgotten what normal felt like.”

Kevin’s cognition and overall health has improved so significantly that he is once again driving, traveling and enjoying family.

‘I missed out on my three girls growing up,” says Kevin of his daughters, who are all in college. “This is the first time I’ve been able to do things with them.”

Kevin advises people in similar situations to never give up. “Be a squeaky wheel,” he says.

“Cleveland Clinic was wonderful. The heart surgeons saved my life, but Dr. Foldvary-Schaefer gave me my life back.”