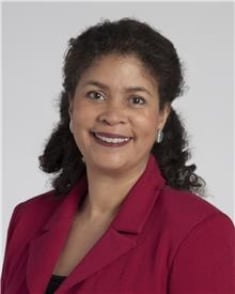 Linda Bradley, MD is an internationally recognized gynecologic surgeon known for her expertise in diagnostic and operative hysteroscopy, endometrial ablation, alternatives to hysterectomy, hysteroscopic sterilization and the evaluation of abnormal uterine bleeding. She is a gynecologist at the Cleveland Clinic in Cleveland, Ohio and is Vice Chair of Obstetrics, Gynecology, and Women’s Health Institute as well as the Director of The Fibroid and Menstrual Disorders Center and Director of Hysteroscopic Services. She was elected to the Board of Governors at the Cleveland Clinic, 2006–2010.

Dr. Bradley specializes in the evaluation, diagnostic testing, and surgery for uterine fibroids and menstrual disorders. She has been very active in endoscopy for over 20 years. Her expertise in endometrial ablation technology makes her an innovative leader in the field of hysterectomy alternatives. She recently was involved in several multi-center clinical trials involving endometrial ablation, uterine fibroid embolization compared to abdominal myomectomy, and hysteroscopic sterilization procedure. She performed one of the first hysteroscopic sterilization procedures in this country in 2000. With over 1000 referrals for uterine fibroid embolization (UFE), she maintains an excellent collaborative practice with the interventional radiology department for a UFE Fibroid Registry database. She has published extensively and presented internationally on this topic.

She has served on the Board of Trustees for the American Association of Gynecologic Laparoscopy (1997-1999) and currently serves as an Editorial Advisory Board member for the Journal of American Association of Gynecologic Laparoscopists. She was Chair of the OB/GYN section of the National Medical Association, 2006–2008. Recently, she was elected as Secretary-Treasurer 2009–2010 for the American Association of Gynecologic Laparoscopists and was  President of the AAGL in 2011.
Dr. Bradley has been an invited lecturer at more than 1000 local, national and international symposia conferences, and meetings as an honored guest speaker. Additionally, she has performed live telesurgery for many programs. She has published numerous journal articles, book chapters, and continuing medical education films. Most recently, she is a co-author on an authoritative textbook: Hysteroscopy: Office Evaluation and Management of the Uterine Cavity, published by Elsevier, 2009.

She has been named as the Cleveland Clinic Foundation Bruce Hubbard Stewart Fellow, which honors physicians with compassion and clinical care. She also received the APGO award, which honors physicians for resident and fellow teaching and have frequently nominated as “Faculty of the Year”. She is admired and respected for her clinical teaching, surgical expertise, and compassionate bedside manner. She has received “Top Doctors of America” award annually since 2002. In 2009, she was selected by Ladies Home Journal as one of the top 6 female physicians in the USA. Linda is proud to be a member of the Department of Obstetrics and Gynecology department at the Cleveland Clinic, Cleveland, Ohio which was ranked 4th in the country by US News and World Report 2011, and number one in Ohio. 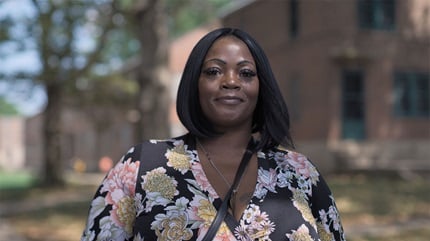 Dr. Bradley was informative but also compassionate. I feel that she wants the best for me.

Dr Bradley was truly an advocate for her patient (me). She thoroughly explained procedures, recommended interventions after the procedure and reviewed many options with me. She listened and included me in my plan of care.

Dr.Bradley & her team provide excellent care, and have superior "bed side manners". You feel seen & heard in a complex system.

Dr. Bradley is phenomenal! She is so caring and compassionate.

Dr. Bradley cares, listens, and knows her field. I am deeply grateful to her.

Dr. Bradley scheduled this appointment during an earlier appointment with her. It appeared in MyChart within a day. It was extremely convenient to schedule with her in-office.

Dr. Bradley was professional, yet warm. She explained everything well, and made sure that I was comfortable during both procedures.

Dr Bradley and her assistant that day (Cheryl) were kind, thorough, patient, Interactive, informative... A very good experience for me !

It was a pleasure and my joy to work with Dr.Bradley's staff and to receive her exceptional care at my June 22, 2022 visit.

Dr. Bradley took her time and explained thoroughly when I had questions.

I already referred a friend to her. She was so professional and so easy going and make me feel so comfortable!

*Dr. Bradley was truly wonderful. She called me personally w/the results & explained everything.

Dr. Bradley and her staff were diligent, caring and efficient.