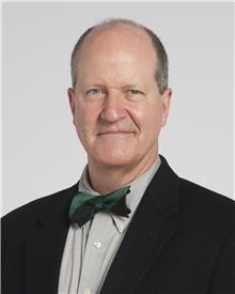 Thomas Dresing, MD, is a Staff Cardiologist and the Fellowship Director in the Section of Electrophysiology and Pacing, in the Robert and Suzanne Tomsich Department of Cardiovascular Medicine at Cleveland Clinic. He specializes in cardiac electrophysiology, catheter ablation therapy and cardiac device therapy. Dr. Dresing is certified as Diplomate by the American Board of Internal Medicine in cardiovascular disease and clinical cardiac electrophysiology. He is a Fellow of the American College of Cardiology.

Number of Procedures Performed: Dr. Dresing performs 50 to 100 catheter ablation and 50 to 100 device procedures each year.

Success Rates: Cleveland Clinic has been ranked the #1 hospital for cardiology and heart surgery by U.S. News & World Report since 1994. Success rates for specific procedures are available at: http://my.clevelandclinic.org/heart/about-heart-vascular-institute/treatment-outcomes.aspx

Education and Training: Born in Cleveland, Ohio, Dr. Dresing received his undergraduate degree from Dartmouth College in Hanover, N.H., and his medical degree from the University of Alabama School of Medicine in Birmingham. He completed his residency at the University of Minnesota Hospital and Clinic in Minneapolis, becoming Chief Resident in Internal Medicine. He received two consecutive fellowships from Cleveland Clinic, Cleveland, OH, in cardiology and in cardiac electrophysiology, where he became Chief Fellow. Dr. Dresing received an advanced training clinical fellowship from the North American Society for Pacing and Electrophysiology in 2001-2002.

Prior to his 2006 appointment to Cleveland Clinic as a Staff Cardiologist, Dr. Dresing was an electrophysiologist with a Cleveland-based private practice.

Research, Publications and Speaking: Dr. Dresing’s clinical research interests are focused on the use of electrophysiology to treat patients with advanced heart failure, the cause and management of tachyarrhythmias, inherited and idiopathic ventricular tachycardias, and electrocardiography.

He has spoken about his experience and research at numerous medical symposia and conferences, including the American College of Cardiology and the North American Society of Pacing and Electrophysiology. Dr. Dresing has authored and co-authored medical book chapters, journal articles, and abstracts.

About Dr. Dresing: “I find my work to be very satisfying and gratifying. I feel that we have the ability to offer multiple ways to improve people’s quality of life and frequently cure the problems they came to see us about. One of the great things about Cleveland Clinic is that we’re constantly developing new technologies and treatments. This keep us, as physicians, stimulated and interested in what we’re doing and offers patients treatments that aren’t available at other places.”

Dr. Dressing does an excellent job.

Dr Dressing is a excellent doctor. He is informative and shows genuine concern for your well being

Dr. Is very thorough and relatable.

Dr Dressing has addressed many heart issues for many years. He has done two ablations in the last several years and has planned to get my heart rhythm stabilized.

Couldn't get a direct line to Dr Dresing. Took several months to get an appointment.

Once I was able to see Dr Dresing it was a very good experience.

I felt like I was the most important person in Dr. Dresings care.

I have total confidence in the staff and Dr.'s at The Cleveland Clinic! Dr. Dressing has cared for my A-fib several times. I will be having another ablation soon and pray I will do as well as I have in the past!

Dr. Dressing is always great at providing information about your problems, and helps me to understand the treatment that most therapeutic for my care.

Someone with Scimitar Syndromewhere else would I go before Heaven? The Cleveland Clinic! I have had the very best luck and care from Dr Thomas Dresing and Dr. Bruce Lindsey. Wonderful brains! I had the world's best pediatric cardiovascular surgeon, Dr. John Webster Kirklin, UAB. I walk the earth each day with undying gratitude for The Cleveland Clinic and UAB. In Ohio anything is possible! Thank all of you from my HEART! SJH

Dr Dresing is comfortable to be with and talk to about stable future planning of birth defect.

Nothing but a positive experience from staff and especially Dr. Dressing. Very happy and would certainly refer based on my experiences.

In Dr. Dressing I trust. Certainly would refer.

Very glad to be a patient of Dr. Dresing.

Dr. Dresing is the very best!

Dr. Dresing always listens to my concerns and shows interest in my questions.

Dr Dresing is a caring and knowledgeable person and medical professional.

Dr. Dresing was amazing. He never made me feel rushed, even though a previous patient had required considerably more time. He explained the entire process to me and even though I have a medical background, I had never really understood the medical situation I was dealing with.

Great Doctors are always hard to schedule but Dr Dresing has gone above to call of duty.

Dr.Dressing is a kind and professional Physician. He always answers my questions and addresses my concerns.

Dr. Dressing always spends plenty of time reviewing my recent care. Never do I feel rushed during my time with him.

I'm glad I waited the three months to see Dr Dresing. He was beyond excellent in every aspect and I am fortunate that he will be doing my ablation.

Dr Dresing took the time to explain his summary of my recent EKGs, Halter monitor, and Echo Cardiogram done in Midland, MI that were sent electronically to him. Also, he provided a clear explanation why he would recommend a heart ablation over a pacemaker.

Dr Dresing's nurse, I believe Brittany, did an excellent job in going over meds and other required information prior to my visit with Dr Dresing

It was easy to schedule my time with Dr. Dresing.

Dr. Dresing is direct, caring, and knowledgeable of my condition and communicated the options well.

Dr Dresing has helped me with my cardiac arrhythmia as well as my blood pressure. I am extremely grateful.

Dr. Dresing is an exceptional physician. Fabulous. The best!

Dr Dresing listened , interacted and validated me as a patient. A great doctor.

Dr. Dressing has a very busy schedule and I was fortunate to schedule my appointment 6 months in advance to get the easily accessible Elyria office. He only visits that site one time per month.

Dr. Dressing discussed my medical history in detail and also gave me another option if my current drug therapy fails in the future.

Dr. Dressing is an awesome caring doctor that I am happy to have

Dr. Dresing did a great job explaining everything!!

Dr. Dresing was very kind and listened to my concerns.

Dr. Dresing is very easy to communicate with and always answers my questions fully.

Dr. Dressing took his time with us. We did not feel rushed and felt he was very thorough.

Dr. Dresing was attentive and showed concern for my situation. I was looking for a second opinion and got it.

The best Doctor at the best hospital in the US. Need I say any more?

Dr Dresing is wonderful! I feel well taken care of being his patient.

Dr Dressing reviewed the plan of care , choices I had in regards to my cardiac condition Risks and benefits of available choices.

Dr. Dresing is a great doctor. He has always listened to concerns and fully explained and answered any questions. He is very attentive and committed to his patients needs and concerns. I strongly feel that I could not be in better hands. He is also my son's Electrophysiologist and gives him the same committment and service.

I am very impressed with Dr. Dressing and his nurse Allie.

Dr Dresing takes a good amount of time with patients during the appointments- that is very rare. He is also a very accurate and good listener, getting complete facts and histories.