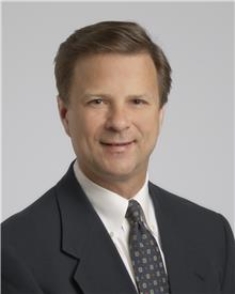 About Richard Grimm, DO

About Richard Grimm, DO

Richard Grimm, DO, is Director of the Echocardiography Laboratory and a staff cardiologist in the Section of Cardiovascular Imaging, the Robert and Suzanne Tomsich Department of Cardiovascular Medicine, at the Sydell and Arnold Miller Family Heart, Vascular & Thoracic Institute. He is board-certified in cardiovascular disease. Dr. Grimm is a Fellow of the American College of Cardiology and the American Society of Echocardiography. In addition to his primary specialty of general cardiology, Dr. Grimm has special interests in Echocardiography, Cardiac Computed Tomography, heart valve disease, cardiac resynchronization therapy for heart failure, atrial fibrillation and aortic disease.

An Ohio native, Dr. Grimm earned his medical degree from the Ohio University College of Osteopathic Medicine. He completed his clinical training with an internship at Doctors Hospital in Columbus, Ohio, where he was named "Intern of the Year." He served a residency in Internal Medicine at Cleveland Clinic, followed by fellowships in Cardiology and subsequently Cardiovascular Imaging. In 1994, he was appointed to Cleveland Clinic as a Staff Cardiologist, served as Program Director for the Cardiovascular Imaging Fellowship from 1996-2004 and named to his current position as Director of Echocardiography in 2005. In 2014 he was awarded the Charles and Loraine Moore Endowed Chair in Cardiovascular Imaging.

Dr. Grimm has participated in a number of multi-center clinical trials, including serving as co-primary investigator in the ACUTE trial, which studied transesophageal echocardiography guidance in patients with atrial fibrillation undergoing cardioversion, as well as studies examining the utility of echocardiography in resynchronization therapy for patients with heart failure. He received the Cleveland Clinic Cardiology Research Award in 1993 and in 1994 was awarded an American Heart Association fellowship grant to study the pathophysiologic mechanisms of atrial fibrillation and thrombogenesis. In 2002, Dr Grimm was honored with the Distinguished Teacher Award by the Department of Cardiovascular Medicine, and in 2007 he was recognized with an Innovator Award by Cleveland Clinic Innovations. He served on the Board of Directors of the American Society of Echocardiography from 2011-2013 and currently serves on the Program Committee for the American Society of Echocardiography Annual Scientific Sessions.

See publications for Richard Grimm, DO.

Hope to receive further explanations as we move forward

Dr. Grimm has a nice and comforting style. He explained my condition but did not explain why certain tests would be helpful. Accordingly, about a week ago I emailed Dr. Grimm on the Cleveland Clinic app MyChart with three follow up questions but he has not responded to my questions. This is my biggest concern.

Dr. Richard Grimm is outstanding. I would highly recommend him.

Dr. Grimm is always very personable and very interested in our health and well-being. He spends a lot of his time listening to us and asking questions. We always look forward to our yearly check-ups with Dr. Grimm!

Dr. Is attentive to my questions and concerns.

Dr Grimm and his nurses are first class. He always explains things in detail to make sure I understand everything. He gives the best care possible and always makes me feel comfortable.

Dr. Grimm is awesome! He is prompt, and answers any and all questions. Love that he shows my husband & I my echo gram while we are in the office visit. Outstanding doctor!

Dr. Grimm is warm, personable and professional. I enjoyed meeting him and hope to continue in his care.