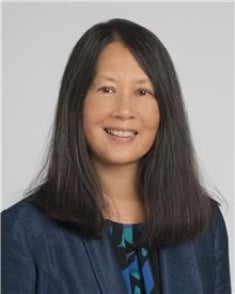 Mina K. Chung, MD, is a Staff Cardiologist in the Section of Pacing and Electrophysiology, The Robert and Suzanne Tomsich Department of Cardiovascular Medicine, at Cleveland Clinic. Dr. Chung is board-certified in internal medicine and in the subspecialties of cardiovascular disease and clinical cardiac electrophysiology, which is her specialty interest.

Dr. Chung did her undergraduate work at the University of California at San Diego, graduating with a major in chemistry, and she was inducted into Phi Beta Kappa, the national honor society. She received her medical degree from Washington University School of Medicine in St. Louis, where she completed her internship and residency in internal medicine at the Jewish Hospital of the Washington University School of Medicine, becoming Chief Resident. She received fellowships in research and in cardiology from the Jewish Hospital, followed by a fellowship in cardiac electrophysiology from Barnes Hospital, Washington University School of Medicine, during which she received the Michael Bilitch Fellowship Award in Cardiac Pacing and Electrophysiology from the North American Society of Pacing and Electrophysiology.

Her published articles have appeared in many scientific and professional journals including Circulation, Journal of the American College of Cardiology, Pacing and Clinical Electrophysiology, American Journal of Cardiology, Proceedings of the National Academy of Sciences, Annals of Internal Medicine, Annals of Thoracic Surgery, and Nature Genetics. She has authored multiple chapters in medical textbooks related to her specialty interest and published numerous abstracts. She is a reviewer of abstracts for the North American Society of Pacing and Electrophysiology, the American College of Cardiology and the American Heart Association.

Dr. Chung is a Fellow in the American College of Cardiology, in the Heart Rhythm Society and in the Council on Clinical Cardiology of the American Heart Association. She was named in Best Doctors in America, 2001 through 2011. 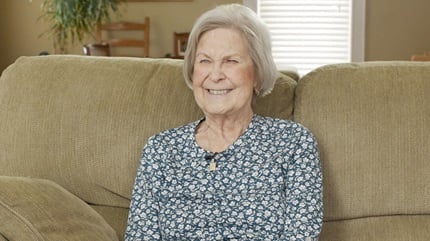 She is not my doctor , not very well liked, she did not answer any of my question's l asked , l did not like her when we met 3 months ago

Dr Mina Chung. She is amazing, she listen! You know you are important. And addresses any and every concern. She has a caring sincere bed side mannner. Love this amazing woman.

I love Dr. Chung. She always takes time to answer all of my questions. I have tremendous confidence in her.

Dr. Chung is very thorough and appears to take a holistic approach considering all areas of involvement that could be causing my cardiac Afib. She is receptive to my concerns and considers my feedback thoughtfully.

Dr. Chung has ordered testing and has diagnosed my medical problem. She is kind, intelligent, compassionate and thorough. I would highly recommend her to anyone experiencing heart problems.

The doctor was exceptional! She took the time to listen to issues, and provide a clear response to them. Giving multiple solutions to the issues I was having, instead of dismissing them! She also took the time to explain what my symptoms meant as well as why I could be experiencing them.

I have always appreciated the care and treatment from Dr. Chung.

Dr. Chung is beyond "Very Good." She is superb!

I already have recommended the Clinic and Dr. Chung to others.

Dr Ching is a superior doctor.

Dr. Chung is clearly an expert in her field, and I value her opinion. In both my virtual and in-person visits with her though, she seemed rushed, did not always listen carefully (e.g., asked me the same question about medication dosage several times), and was business-like to the point of seeming indifferent at times.

Dr. Chung was facing the computer and typing for 80% of the time. She did not much interact with me, she reviewed reports and transcribed them.

Dr. Chung was extremely thorough and spent a great deal of time with me. I have the greatest confidence in her as my physician.

Dr. Chung was very thorough and answered all my questions. She offered guidance yet informative about options. She won my trust.

Dr. Chung was very attentive to my answers and made me feel she was excellent at discovery of underlining issues.

Dr. Chung is an excellent doctor and a very nice person.

Very pleased with my care with Dr. Chung and Cleveland Clinic.

Dr. Chung is unique in terms of her willingness to take the time to ask in-depth questions and provide very complete explanations about one's current condition but also general Information that Is helpful In better understanding cause/effects of Afib.

Dr.Chung is the best in her speciality

Dr. Chung has always been a good listener. I'm just sorry I couldn't give her a hug,