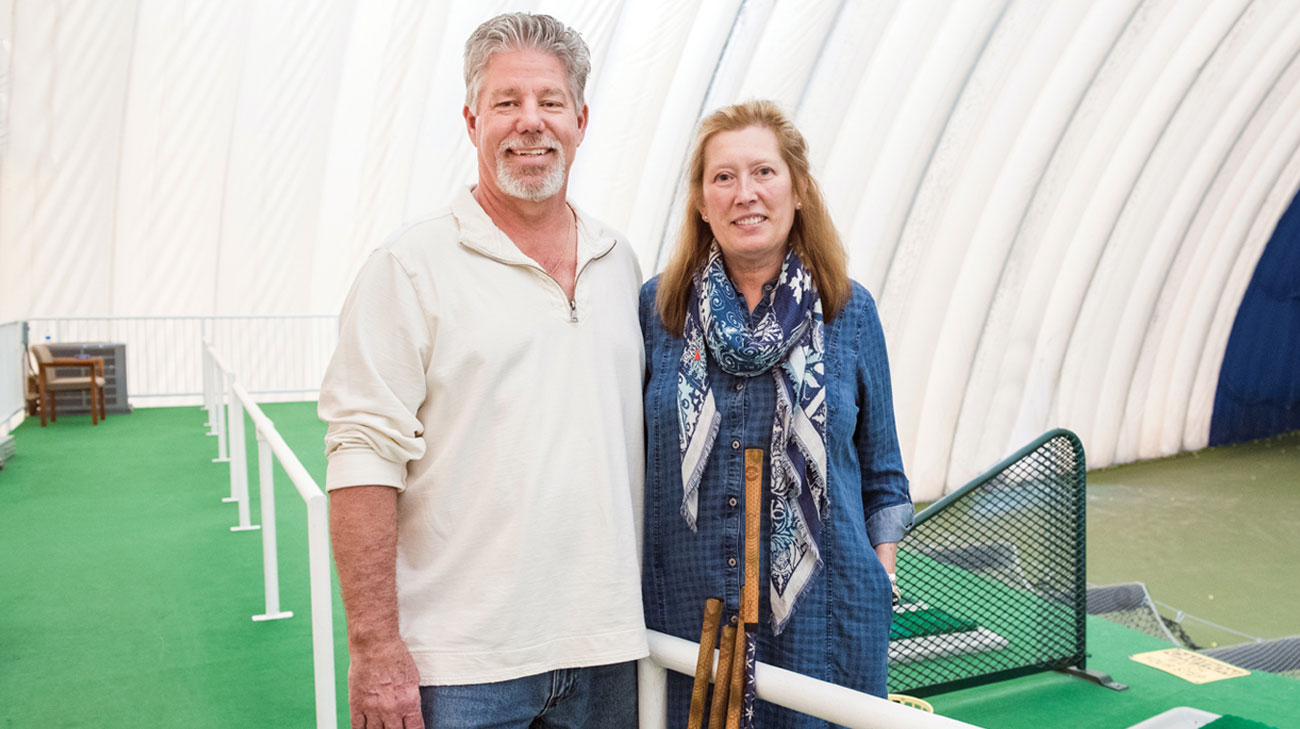 Retiring in January 2016, after 38 years as an air traffic controller, Tim McHugh, 58, began his new career – as an avid golfer. His passion keeps him busy – golfing in his backyard, locally and throughout the U.S.

On June 6, 2016, the Mayfield Heights resident met his buddies for a round of golf. On his way home he grabbed some fast food. He helped his wife, Karen, load the car for a genealogy potluck dinner and dropped her off. He cut the grass, took his dog for a three-mile walk, and then picked Karen up.

He remembers feeling good that day, except for some pressure in his ear canals. That evening, however, he felt nauseous and got sick. “I chalked it up to catching something from my grandson or the fast food,” recalls Tim.

Around 9:30 p.m., the ear pressure disappeared, but chest pressure appeared. “My wife wanted to call 9-1-1," says Tim. "I told her I just needed to sit down for a bit. That’s the last thing I remember.”

A loud crash brought Karen running to the living room. She found her husband face-down on the floor. “I thought he fainted. I shook him, but he didn’t wake up,” she remembers.

Putting her phone on speaker, she called 9-1-1 and began CPR. “I learned CPR in Girl Scouts and it stuck with me," says Karen. "It’s an important tool that I never thought I’d have to use.”

Within minutes, the McHugh’s street was ablaze with police, fire and ambulance lights. The emergency medical technicians (EMTs) identified that Tim had gone into ventricular fibrillation – when the heart is unable to pump blood and goes into cardiac arrest – and shocked him back to life. As they rushed him outside on a stretcher, his heart stopped beating for a second time, and the EMTs revived him in the driveway with the defibrillator.

While still on the McHugh’s street, an electrocardiogram (EKG) — a test that helps to identify a heart attack and heart rhythm — was sent to Cleveland Clinic Hillcrest Hospital’s Emergency Department (ED).

“Dr. Scharfstein is my hero. I am eternally grateful to have world-class care right in our backyard at Hillcrest Hospital.”

Interventional cardiologist Jonathan Scharfstein, MD, met Mr. McHugh at the ED. “We immediately recognized, from the transmitted EKG, that Tim was having a heart attack and rushed him to the cardiac catheterization lab. We found 100 percent blockage in his left anterior descending artery,” says Dr. Scharfstein, Medical Director of the Chest Pain Center at Hillcrest Hospital.

Dr. Scharfstein inserted a stent to open the blocked artery and restore blood flow to his heart. “Dr. Scharfstein is my hero. I am eternally grateful to have world-class care right in our backyard at Hillcrest Hospital,” Karen says.

After surgery, Tim spent three days in the Coronary Care Unit and was released. He continued his care with cardiac rehabilitation at Hillcrest Hospital, three days a week for three and a half months. “I started with light workouts and worked up. Educational sessions, like how to make healthier food choices, were part of the program, too,” explains Mr. McHugh.

“Tim had a fast, amazing recovery. In this imperfect situation, everything happened perfectly for the best outcome. Karen identified a problem, called 9-1-1, began CPR and the EMTs used a defibrillator and started care at the scene. His wife doubled the chances of his survival by calling 9-1-1 and beginning CPR immediately – two very important steps,” says Dr. Scharfstein.

Exactly 24 days after his cardiac arrest, Tim was back on the course. “I’ve been doing great,” he remarks. “I continue exercising and eating healthy, and I lost 30 pounds. Heart medication and biannual checkups with my cardiologist are important. I’m here today because of my wife’s quick thinking and the tremendous care I received from the police, EMS and at Hillcrest.”