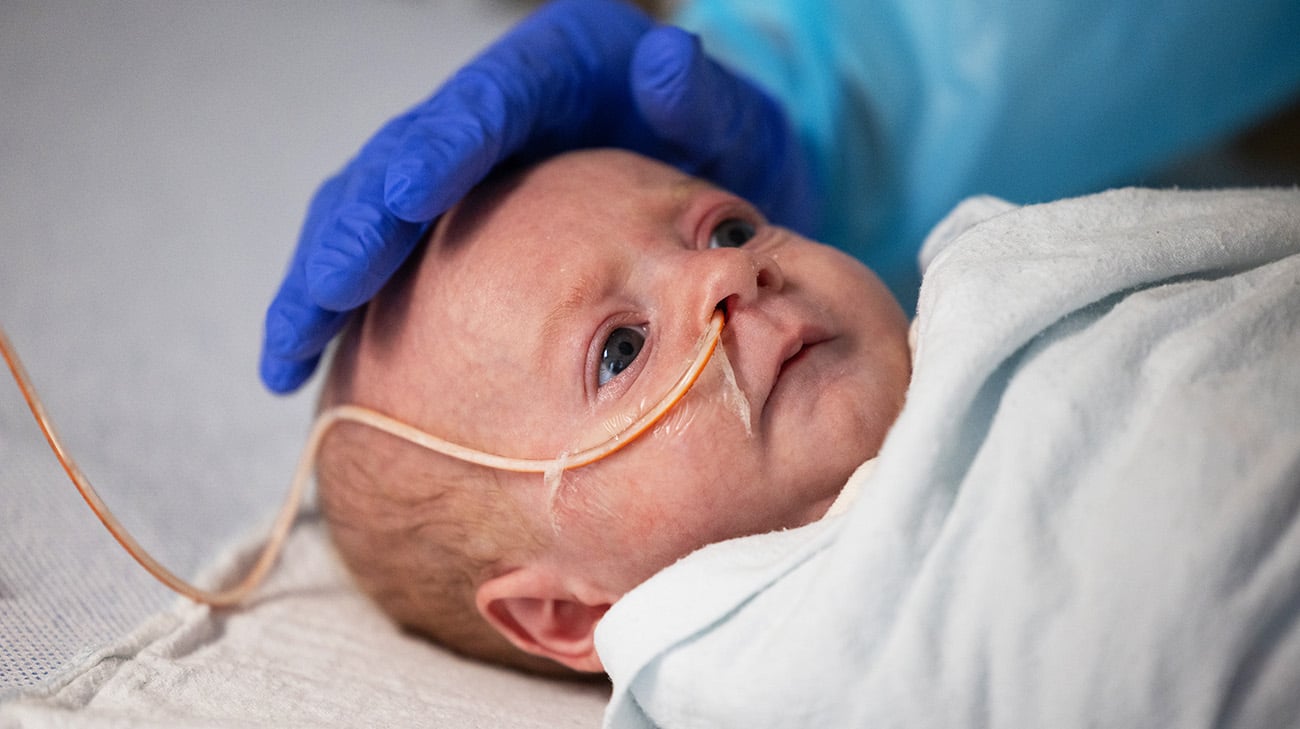 In just six months since early summer, pediatric pulmonologist John Carl, MD, estimates he has treated more children with RSV (respiratory syncytial virus) in that time period than he has in his previous 29 years as a physician combined. RSV infections typically occur in late fall through early spring and peak in the winter. In 2022, hospitals have seen a surge much earlier.

“The number of cases is huge,” says Dr. Carl, of Cleveland Clinic Children’s Center for Pediatric Pulmonary Medicine. “And we believe one of the main reasons is the lack of immunologic memory in children’s immune systems,” due to a lack of exposure to the routine respiratory viral infectious diseases during the pandemic.

It means more children have become infected with RSV and other respiratory illnesses sooner than in past years. For many children, RSV acts like a cold, with relatively mild symptoms including a persistent cough. For infants, young children with other medical conditions, or elderly individuals, the illness can become severe and require hospitalization.

Max contracted RSV when he was 5 weeks old. His parents immediately took him to see his pediatrician and then to the emergency department when they noticed symptoms. (Courtesy: Samantha Shumann)

For 5-week-old Max Shumann, the condition was life-threatening. Max contracted RSV in late October 2022. He was relatively small for an infant his age and the youngest of Samantha and Erik Schumann’s three sons.

“As soon as I recognized the symptoms, we took him to the pediatrician and then the emergency department at Fairview Hospital,” says Samantha. She noticed Max’s red and droopy eyes, fatigue, difficulty feeding and labored breathing. “I suspected he had RSV, and I was nervous about it. He looked awful.”

Soon after arriving in the pediatric emergency department, physicians administered high-flow oxygen to Max, who indeed tested positive for RSV. As his condition continued to worsen, he was transferred by ambulance to Cleveland Clinic Children’s pediatric intensive care unit (PICU). 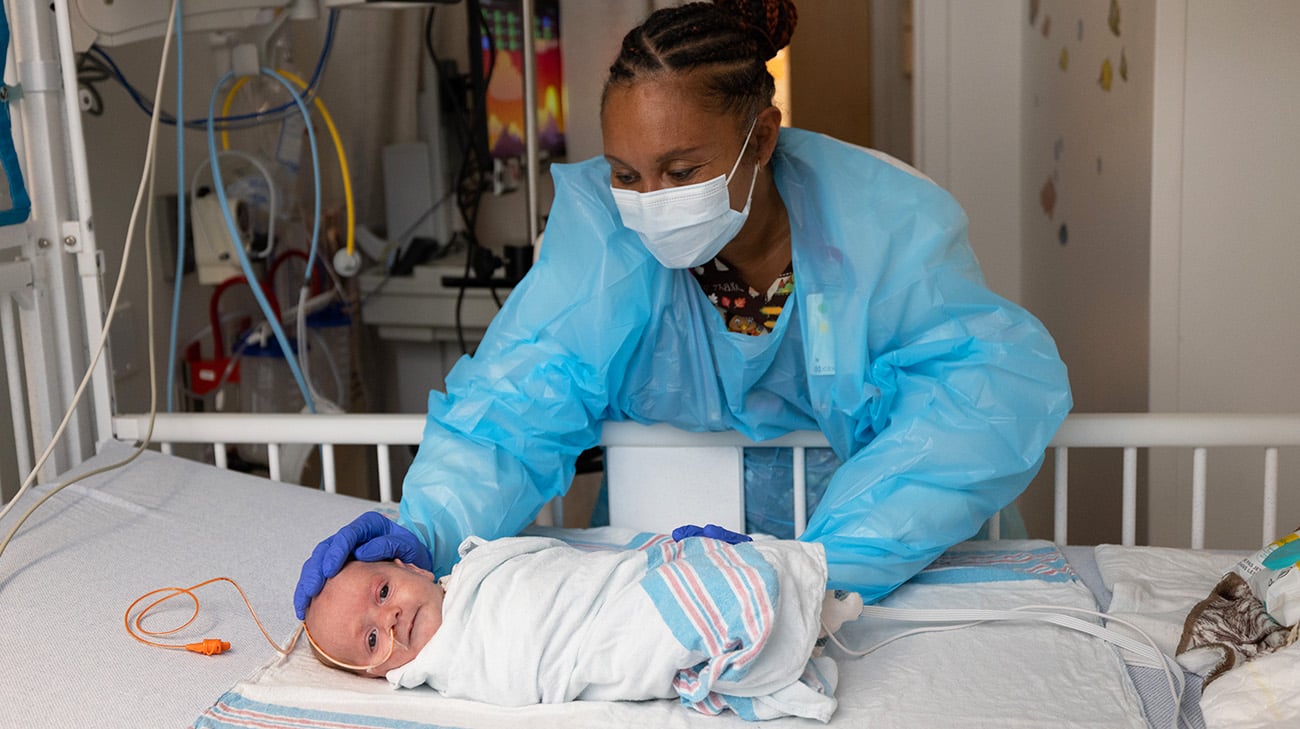 During what Samantha calls “the longest night of my life,” Max’s skin turned a slightly bluish tint. His lungs had to be suctioned to remove excess mucus. “He was just very frail and his body was floppy, without muscle tone,” notes Samantha. “Max was totally exhausted from struggling to breathe.”

Ultimately, he needed to have a breathing tube inserted and be placed on a ventilator. Despite the ventilator support, including minute to minute respiratory therapy care, he stabilized for several days. However, the RSV infection progressed and his airways continued to be plugged with excess mucus.

Around 5 a.m. on November 7, a doctor phoned Samantha and told her to return immediately to the hospital. When she arrived minutes later, she learned excess mucus had caused Max to stop breathing altogether, he went into respiratory arrest .

The medical team spent three minutes administering chest compressions and were able to revive him. According to Samantha, “If he hadn’t been in the hospital, I know Max wouldn’t have made it.”

Almost as quickly as RSV arrived, it began to run its course. Four days later, Max was removed from the ventilator and no longer required additional oxygen. He remained too weak to consume more than 50% of Samantha’s breast milk from a bottle. As a result, his care team put a feeding tube through his nose to get the remainder of the milk he required. Although Max went home with the tube in place, coordination with his primary care pediatrician enabled it to be removed after several days. 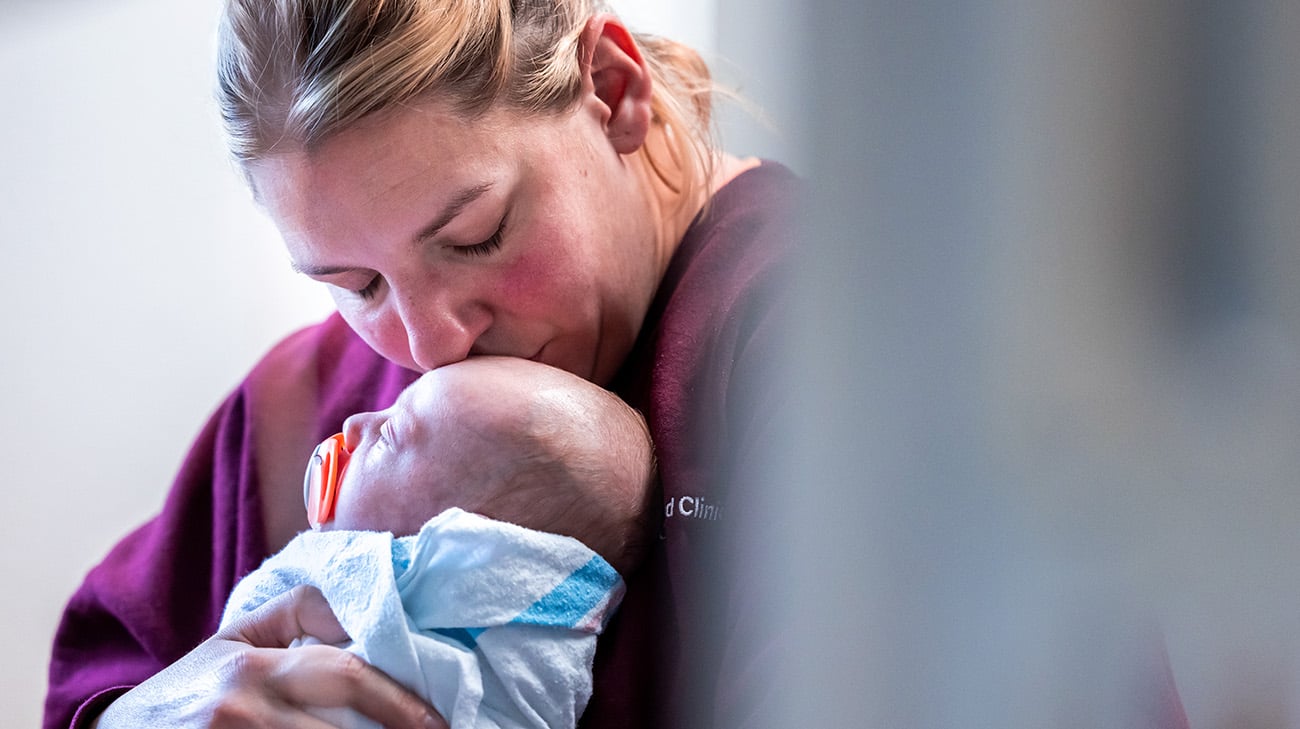 Samantha never thought Max would have such a severe case of RSV. She's grateful for his steady recovery. (Courtesy: Cleveland Clinic)

While Dr. Carl emphasizes most RSV cases do not become as critical as Max’s, he urges parents to seek prompt medical attention when their child is symptomatic. Especially younger infants like Max or babies who are born prematurely. “In these babies, RSV can cause blockage of their small airways and severe distress until the airway heals, often taking about 10 to 14 days.”

For that reason, children with a persistent cough, but who are otherwise asymptomatic, do not usually require hospitalization. “Parents who take their child to an emergency department are understandably worried when a cough persists,” adds Dr. Carl. “But if your clinician sees no other serious symptoms like wheezing, poor air movement, or increased work of breathing, they will let you know it’s safe to take your child home. It’s the children who demonstrate those other signs that need additional medical care.” 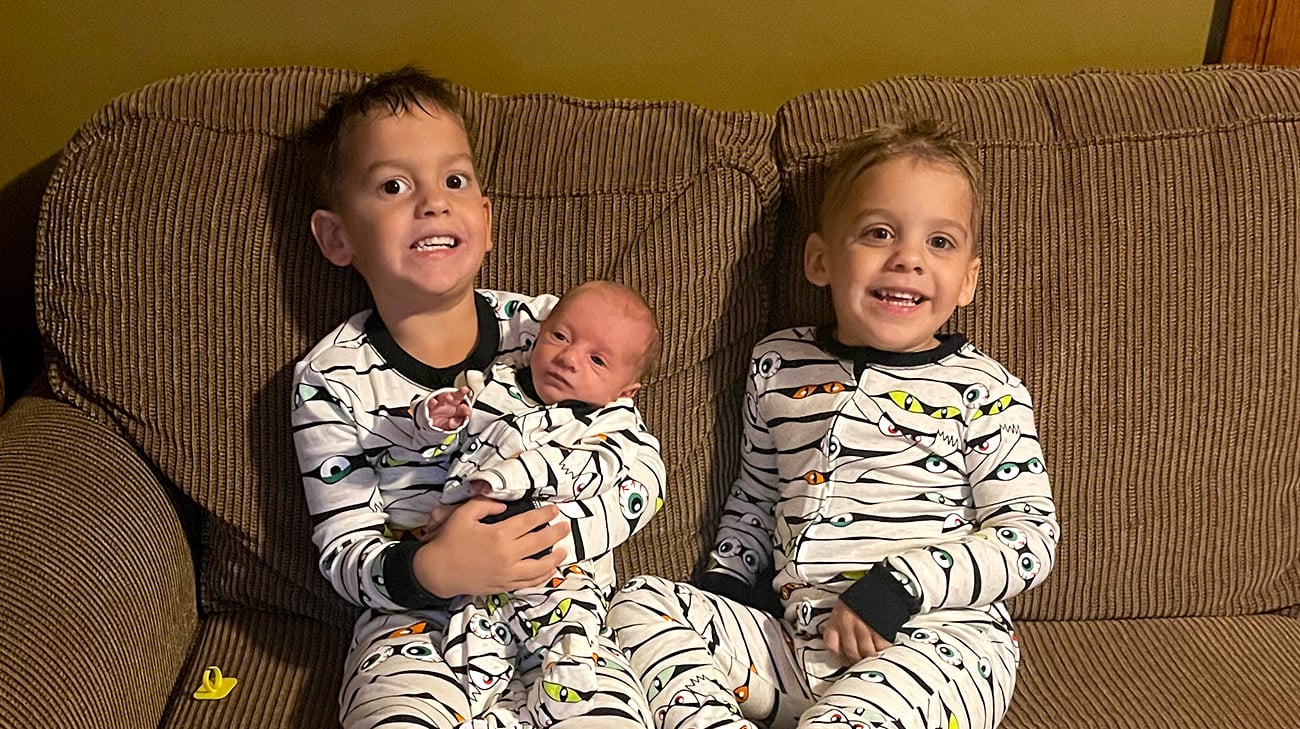 Max with his brothers Jack and Henry. (Courtesy: Samantha Shumann)

RSV is easily spread through coughing or sneezing, and the virus can last for hours on hard surfaces, like counters or sinks. Dr. Carl urges parents, teachers and daycare providers to encourage children to wash their hands thoroughly and frequently, and to sneeze or cough into their elbow or a tissue. Additionally, he says, if a child has a cold or cough, “be a good community member and keep them at home for a day or two so it won't spread to other children in the classroom.”

Samantha is grateful Max is slowly but steadily recovering and back home with his brothers Jack and Henry. “I’m so glad we got Max examined right away,” she notes. “But I didn’t think his RSV was ever going to get that bad.”