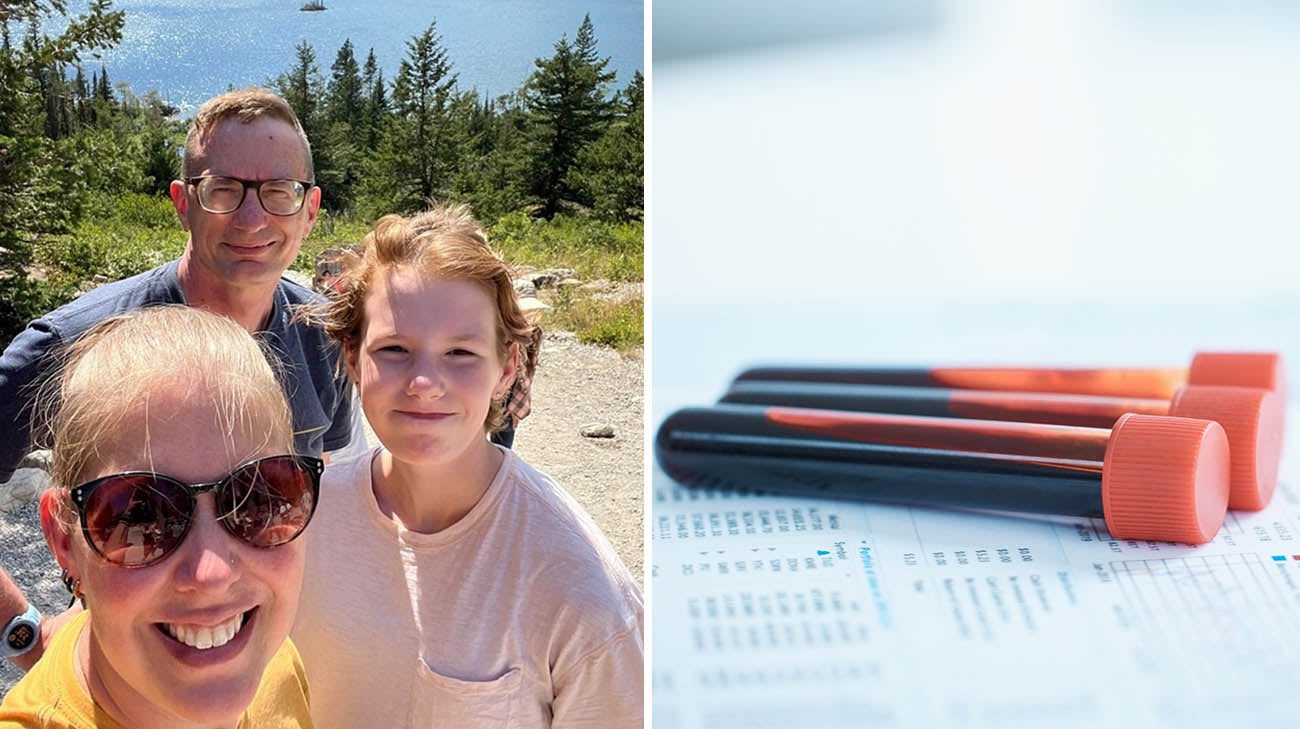 As a lab technologist Matt Wolbert frequently processes blood tests that detect various cancers. In 2020, Cleveland Clinic joined a multi-center clinical trial called PATHFINDER to evaluate one of those tests. It aims to detect up to 50 cancers in earlier stages that otherwise may not be found until symptoms appear, when the chances of survival are lower. As he often does, Matt volunteered to be a part of the study that was open to men and women ages 50 or older.

“I always try to volunteer for those things because I know it can be hard to get enough recruits to get lab tests up and running,” recalls Matt, now 54, a former oncology nurse and father of two teenage girls. “So, I volunteered and assumed I would be a ‘normal’ volunteer.”

However, within a week, Matt received a call from the Cleveland Clinic study coordinator who told him the test detected an abnormal marker in his blood. Soon after, upon meeting with hematologist-oncologist Christy Samaras, DO, and undergoing a battery of additional tests (including a bone marrow biopsy), Matt was diagnosed with lymphoplasmacytic lymphoma, a slow-growing cancer affecting the blood cells.

“It was quite a shock,” says Matt. “But it turned out to be good news. If I hadn’t found out about it, and waited until I wasn’t feeling well to go to the doctor, it could have been too late.”

Also known as Waldenstrom macroglobulinemia (WM), this rare form of non-Hodgkin’s lymphoma has no cure. However, because the blood test detected Matt’s condition in its very early stages, no treatment is currently needed. For now, Dr. Samaras monitors him for any change in his condition every six months. She predicts he may eventually – in 10 years or so – require chemotherapy to slow its progression. 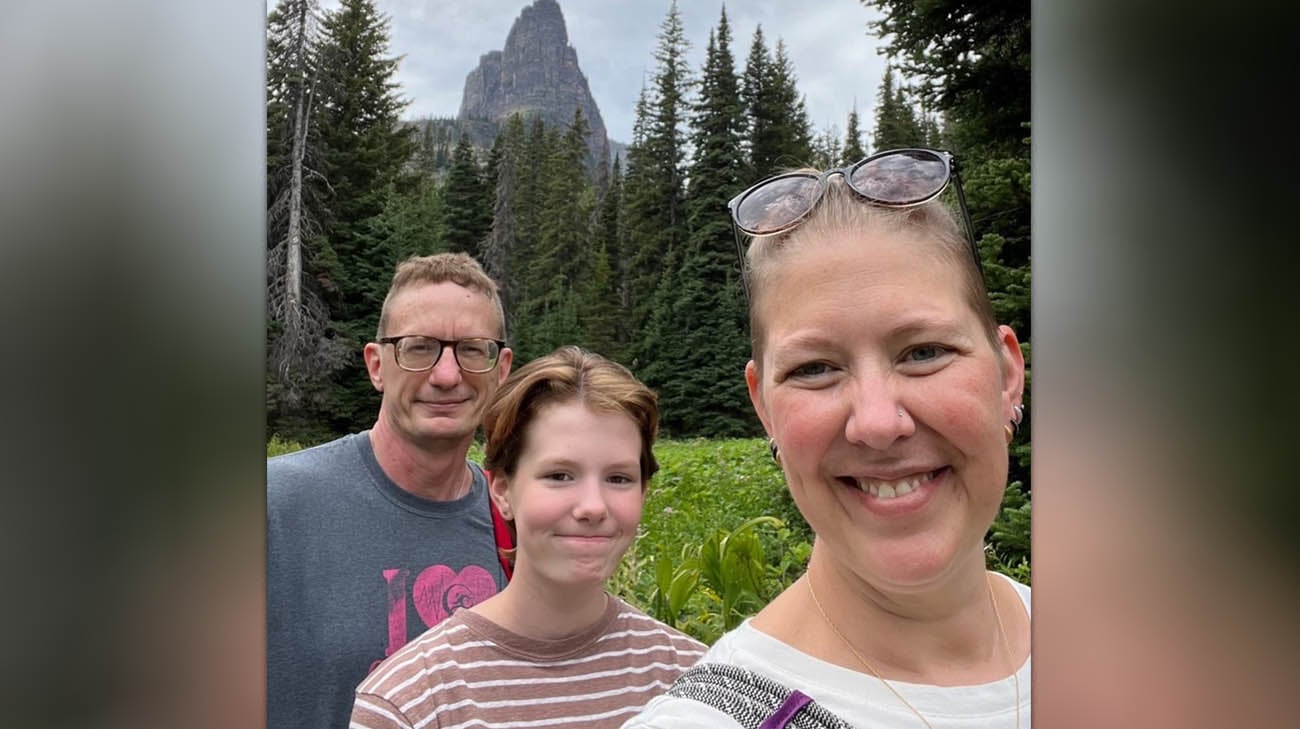 Matt and his family took a vacation to Glacier National Park during summer 2022. Despite the fact Matt's cancer is being managed and monitored, he wanted to take advantage of the opportunity to make memories with his family. (Courtesy: Matt Wolbert)

To date, the blood test being studied in PATHFINDER trials has yielded very promising results. Preliminary findings published in the Annals of Oncology revealed in cases where the test detected a cancer signal, as it did for Matt, it also pinpointed which organ it arose from with 93% accuracy. Additionally, the false positive rate was 0.7%, which minimizes the occurrences of unnecessary follow-up testing and patient anxiety.

The findings prompted Matt to take a long-awaited trip with his family to Glacier National Park in Montana’s Rocky Mountains this summer. “We decided to do it now, because you never know what the future brings,” he notes.

Matt has long been an advocate for regular health check-ups and recommended screenings, a belief strengthened during his six years as an oncology nurse. “Often, I treated people who didn’t get their cancer caught early, and were dealing with a terminal disease that could have been prevented. Early testing is extremely important.”

According to Cleveland Clinic’s annual MENtion It® survey, 55% of men say they do not get regular health screenings. The data is even more prevalent among men of color (white, 53% vs. non-white, 63%). About one-third of men say they have never been screened for prostate cancer (33%), bladder cancer (36%) and testicular cancer (37%). MENtion It ® is an educational campaign that encourages men to make their health a priority. Being proactive by getting regular screenings, vaccinations and exams can help prevent many health problems or catch them in curable stages.

Adds Dr. Samaras, “Once cancers become metastatic, they are a lot harder to cure. Early detection of certain types of cancer may help us improve the cure rate and decrease morbidity levels.”