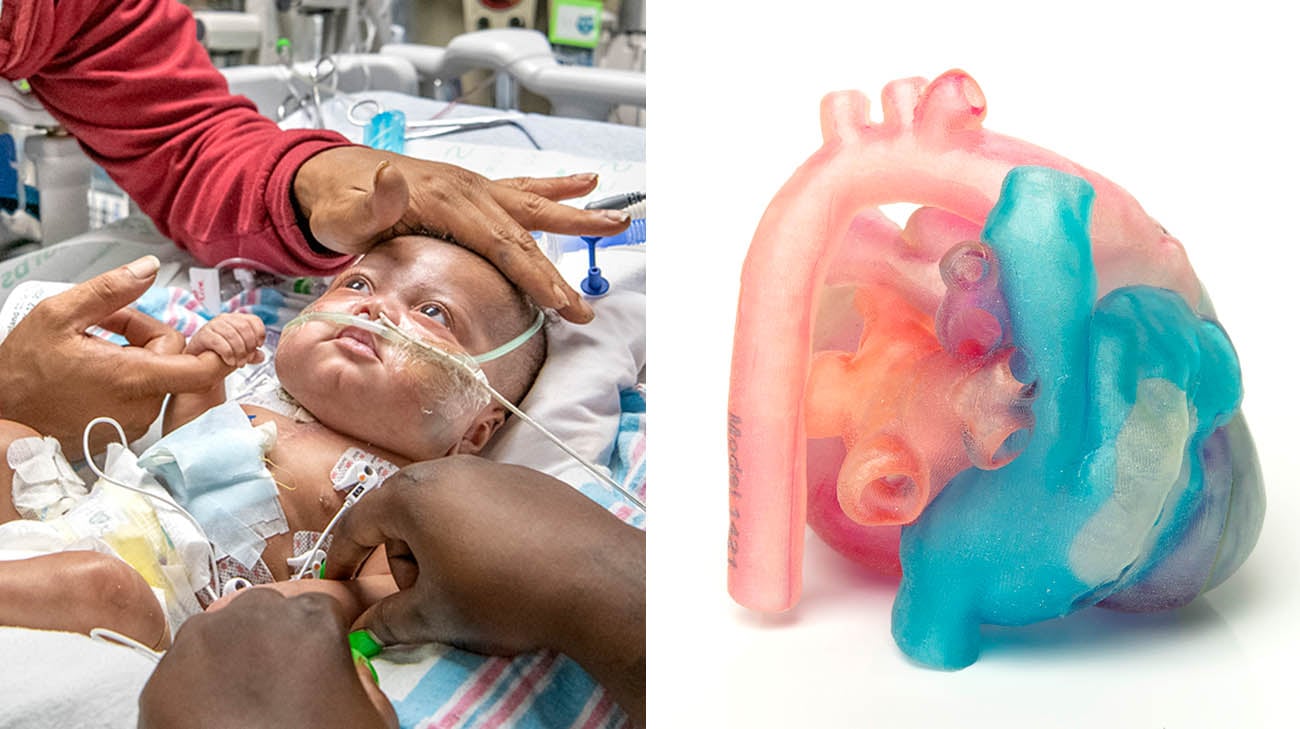 Convinced his plan for repairing the damaged heart of her infant baby, DJ, would work, Danielle Edmonds had one request from Cleveland Clinic Children’s pediatric and congenital heart surgeon Hani Najm, MD.

“I looked Dr. Najm in the eyes, and I let him know we are going to put our trust in him. But I trust in God first,” says Danielle, who was joined by DJ’s father, DeAngelo Blake Sr., for that memorable meeting. “I asked him, ‘Can I pray on your hands before you take my baby from me?’” 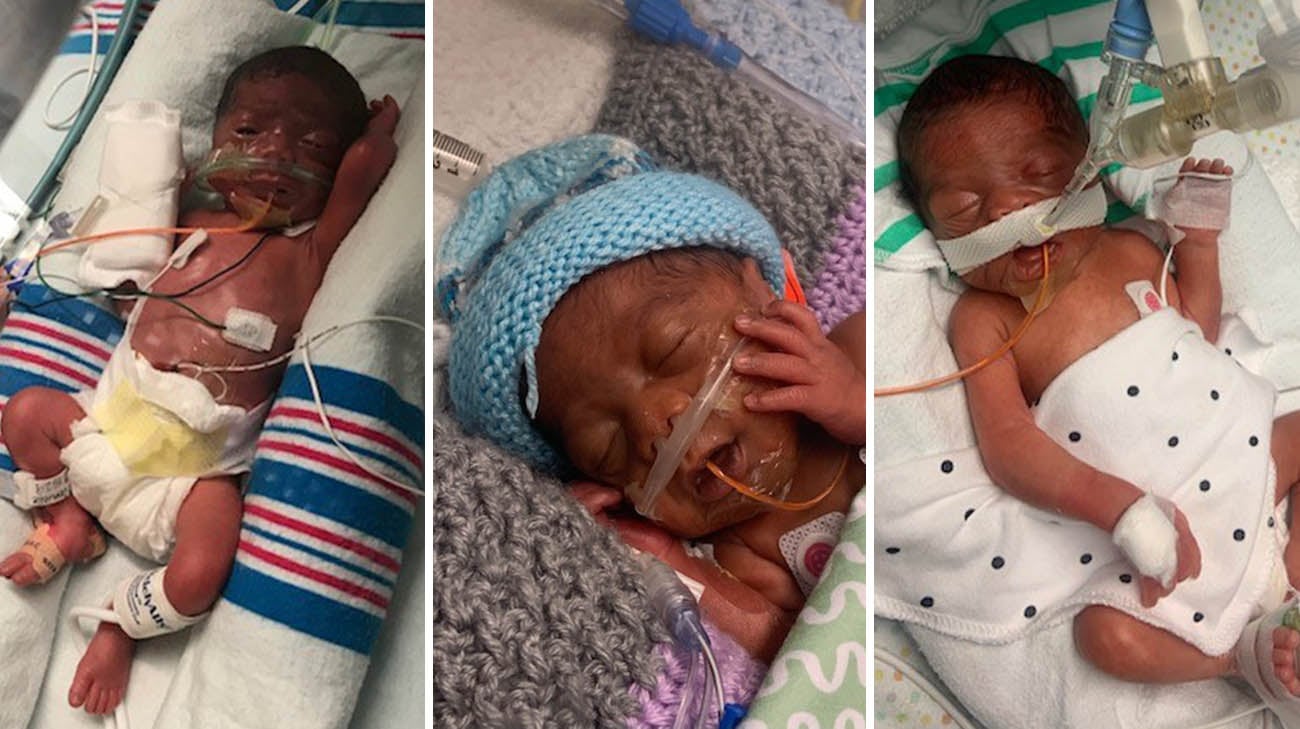 Dr. Najm readily agreed, and for a few brief moments while Danielle offered a prayer, the couple tightly held the hands that would operate on their 5-month-old son. Reflecting on that moment, more than a year later, Danielle is eternally grateful for Dr. Najm’s empathy and his surgical skills.

“The fact he allowed me to pray on his hands, not knowing his religious beliefs, that alone gave me faith that when he walked out of that room with my son in a crib, he would return him safe to me. And six hours later he did.” 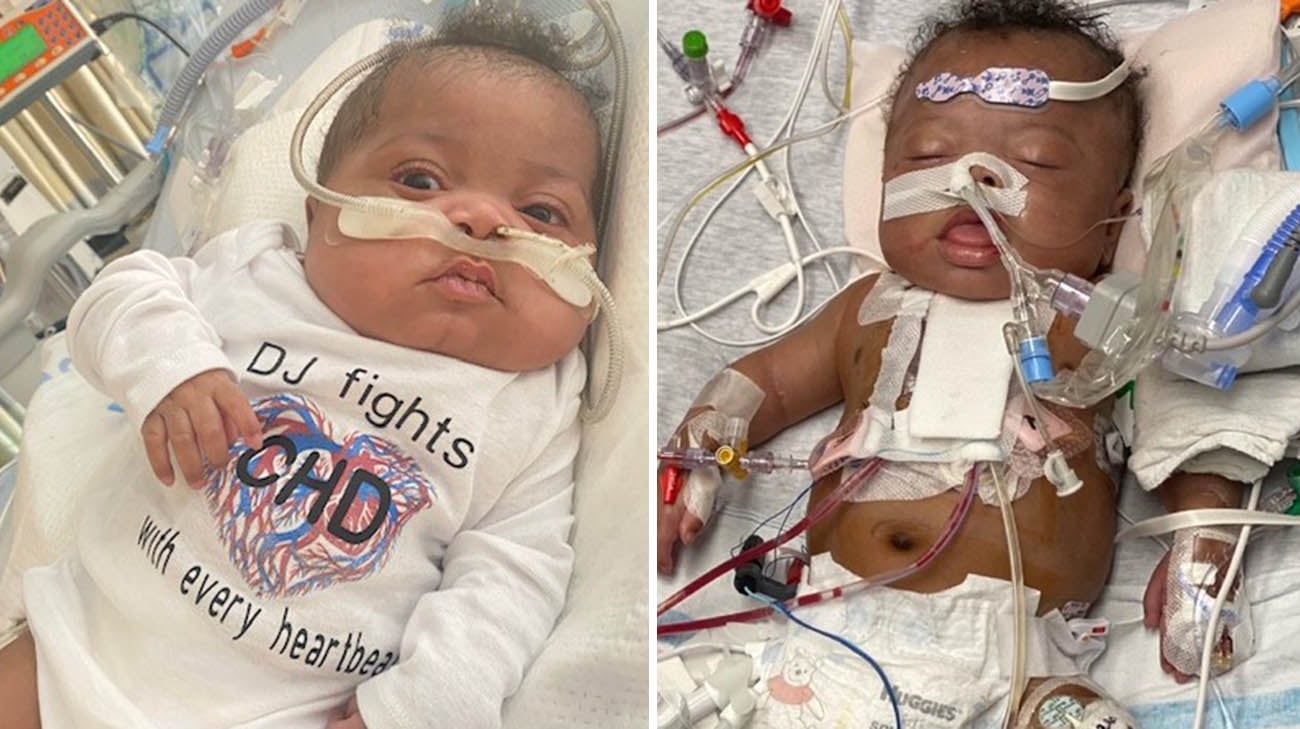 DJ became the youngest patient at Cleveland Clinic to undergo a cardiac surgical procedure developed by Dr. Najm called the ventricular switch, a novel method for treating a double-outlet right ventricle (DORV), a rare, complex and life-threatening congenital heart defect that prevents normal blood flow from the heart’s two lower chambers to the lungs and other parts of the body. It occurs because both of the two major arteries are connected to the wrong chamber with a remote communication between the ventricles. 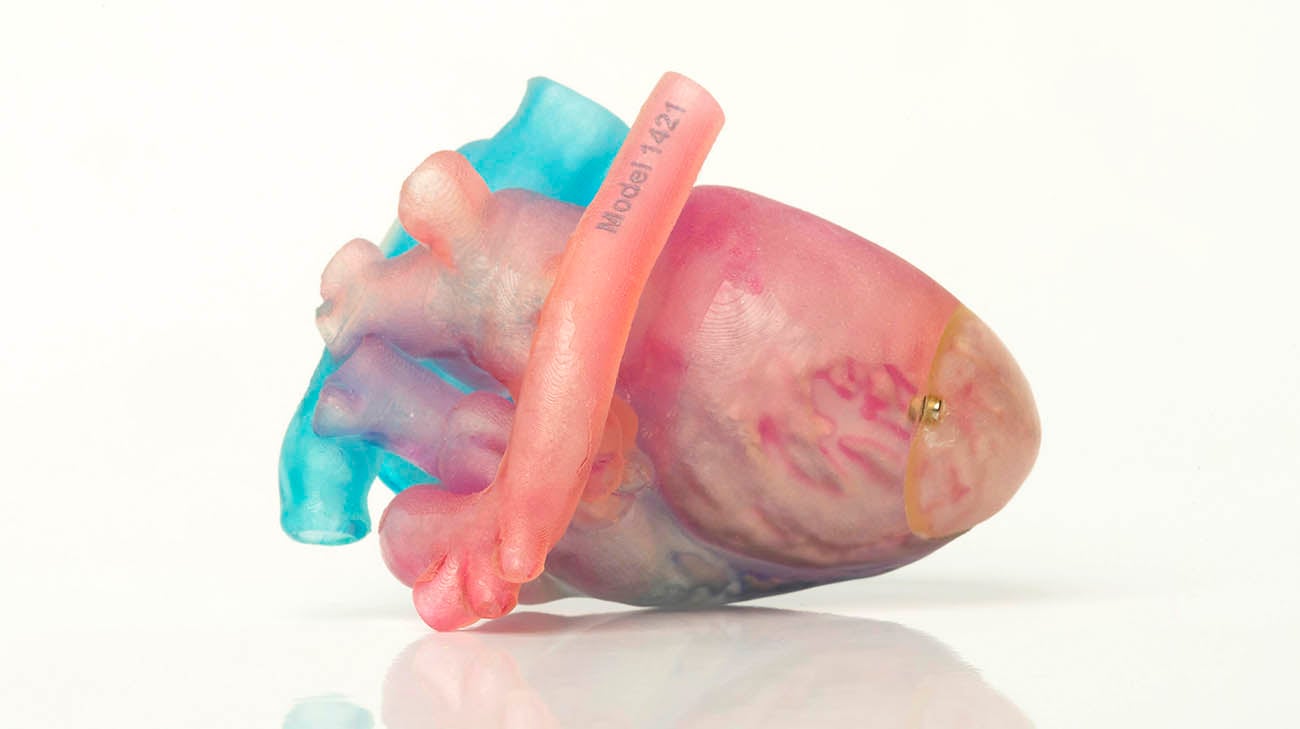 Typically, patients with DORV have a ventricular septal defect (VSD) that also needs repair. This is commonly situated under one of the major arteries. In rare cases like DJ’s, the VSD is remote, preventing a standard repair. In the presence of a remote VSD, traditionally, these conditions are treated in a series of three heart surgeries. These procedures culminate to a univentricular repair (Fontan operation). However, for DJ and others with complex cases of DORV, this classic approach may result in higher risk of heart problems later in life that can involve multi-organ dysfunction.

“The ventricular switch procedure switches the right ventricle and the left ventricle,” explains Dr. Najm, who is Chair of Pediatric and Adult Congenital Heart Surgery at Cleveland Clinic. “So, instead of the left ventricle pumping to the body, as it normally does, we have it pump to the lungs. And the right ventricle, instead of pumping to the lungs, pumps to the rest of the body. We’ve found it to be quite effective in patients, like DJ, whose hearts have multiple abnormal connections.”

DJ was born, about three months premature, in January 2021 at another Ohio hospital, after his twin had died in utero. In addition to complications associated with a premature birth, doctors discovered a heart murmur, and within days, transferred him to another facility.

There, as Danielle recalls, DJ was ventilated to enable him to breathe and twice had to be resuscitated when his heart failed. Realizing the doctors there were unfamiliar with his condition, Danielle sought out additional medical opinions – which led her to Dr. Najm, who at that time had only performed the ventricular switch on five previous patients. 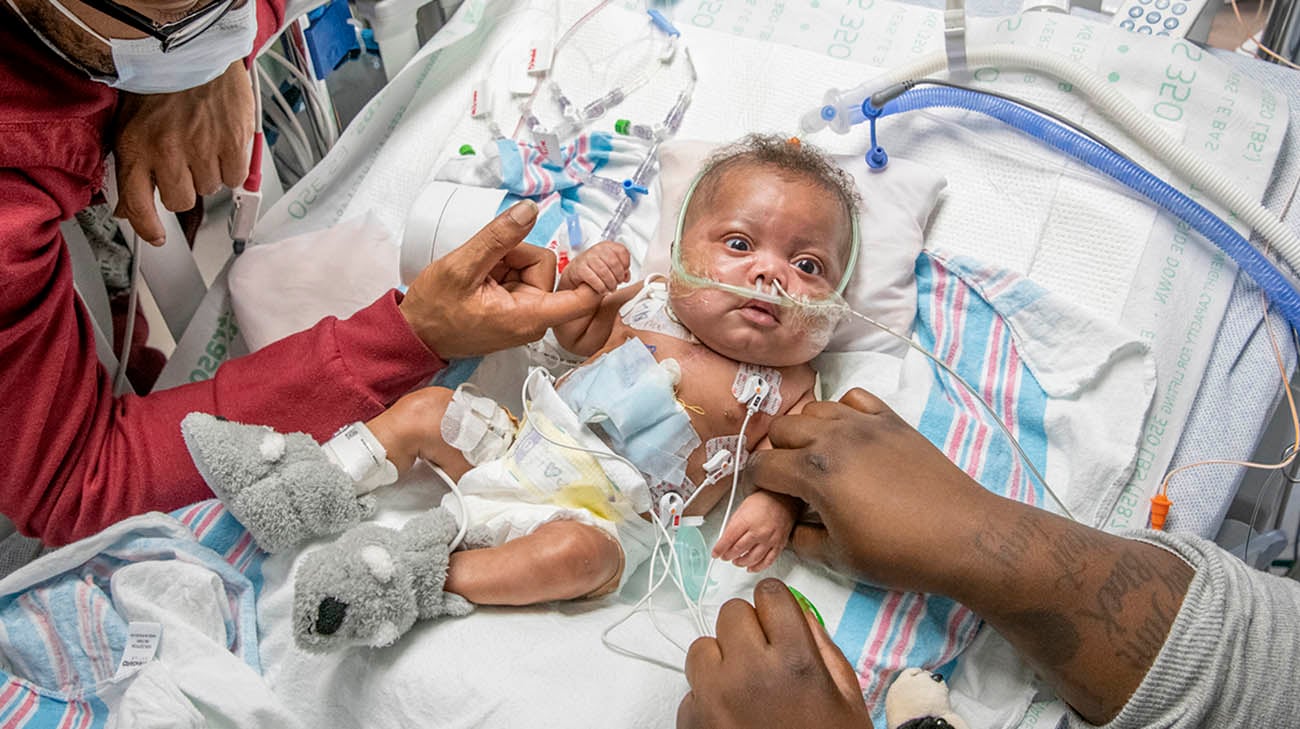 DJ in the Pediatric Intensive Care Unit at Cleveland Clinic Children's, following his heart surgery. Danielle and DeAngelo Sr. were always by his side. (Courtesy: Cleveland Clinic)

Using a 3D-printed model of DJ’s heart, Dr. Najm and his team quickly identified DJ would be an ideal candidate for the ventricular switch. He informed Danielle and DeAngelo it was a newer procedure he hadn’t yet performed on a patient so young.

“When I talk to families, I’m confident in what I’m doing. I know it’s not easy to hear that we’re suggesting trying something new on their child. But I present the facts and tell them exactly what we’re going to do,” he notes. “It can be a tricky situation for parents. But for DJ, they understood his expected outcome would be better than if we used the standard procedures.” 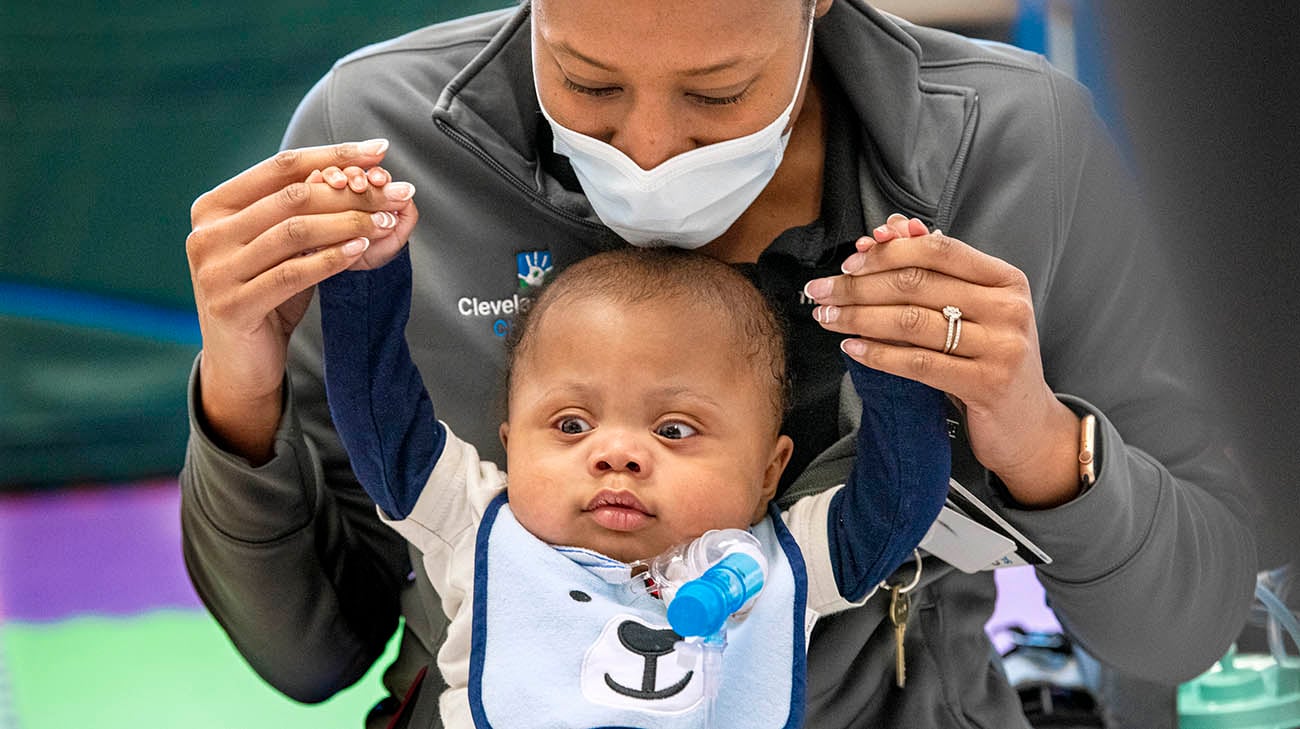 Dr. Najm and team completed the surgery without complications. Danielle immediately noticed her baby’s color had improved and he was more responsive. His heart and other complications from being born prematurely required DJ to remain hospitalized. He then spent 140 consecutive days undergoing extensive rehab at Cleveland Clinic Children’s Hospital for Rehabilitation. In May 2022, 16 months after his birth, he was finally healthy enough to go home. Danielle and DeAngelo see improvements every day. 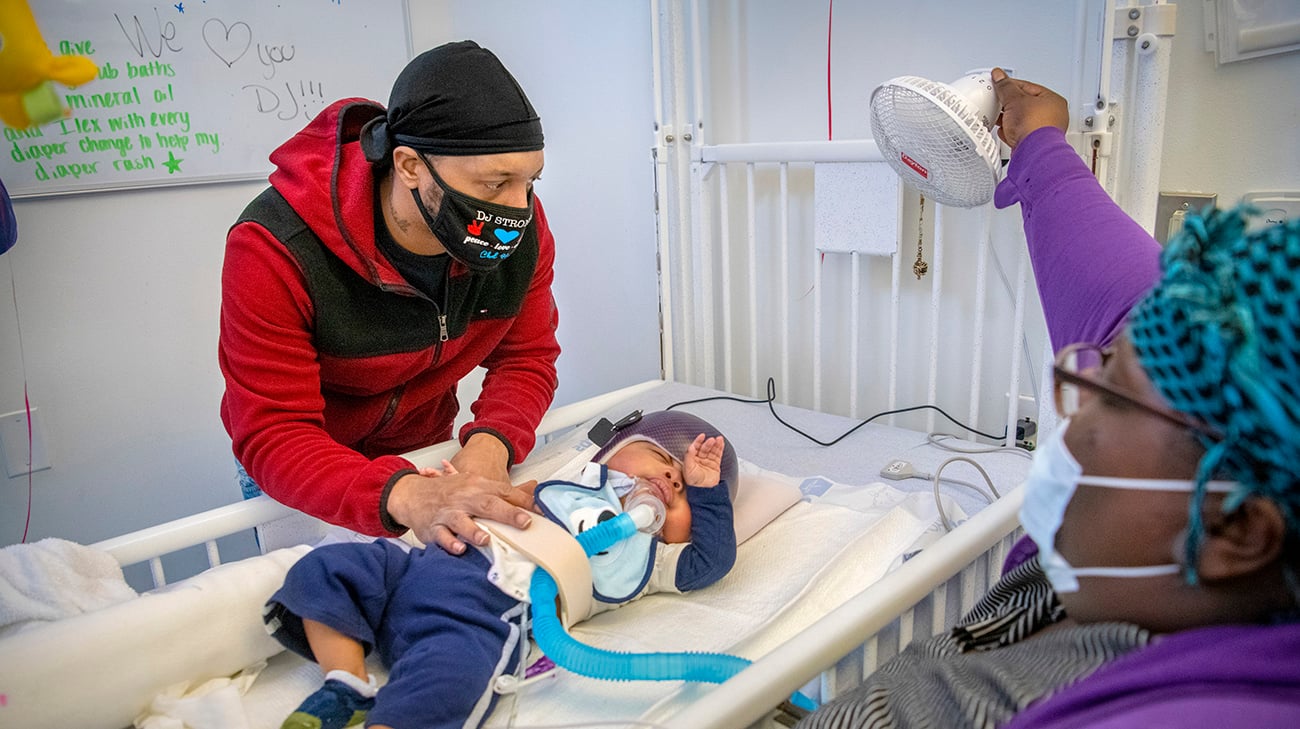 DJ's father, DeAngelo Sr., and mother, Danielle, putting DJ to sleep after one of his rehab sessions. (Courtesy: Cleveland Clinic)

DeAngelo, is delighted that when he comes home from work, DJ always greets him with a big smile: “His smile has such an energy. If this kid can go through this much and still smile, then why can’t we?” 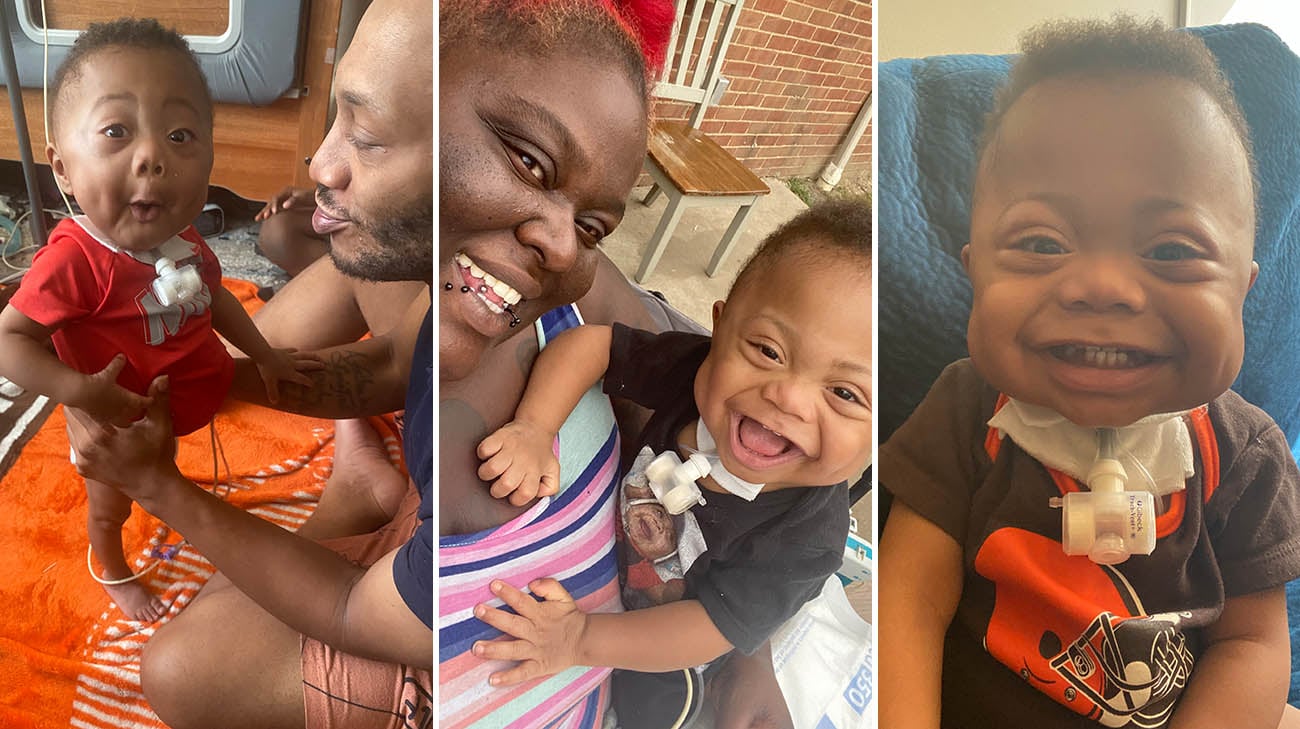 DJ was healthy enough to go home after collectively spending 484 days in the hospital and rehab. (Courtesy: Danielle Edmonds)

Danielle exudes, “When he was born, I was told he probably would not live a normal life, but look at him now! We’re looking forward to seeing what he’ll accomplish next. Nothing is out of his reach.”