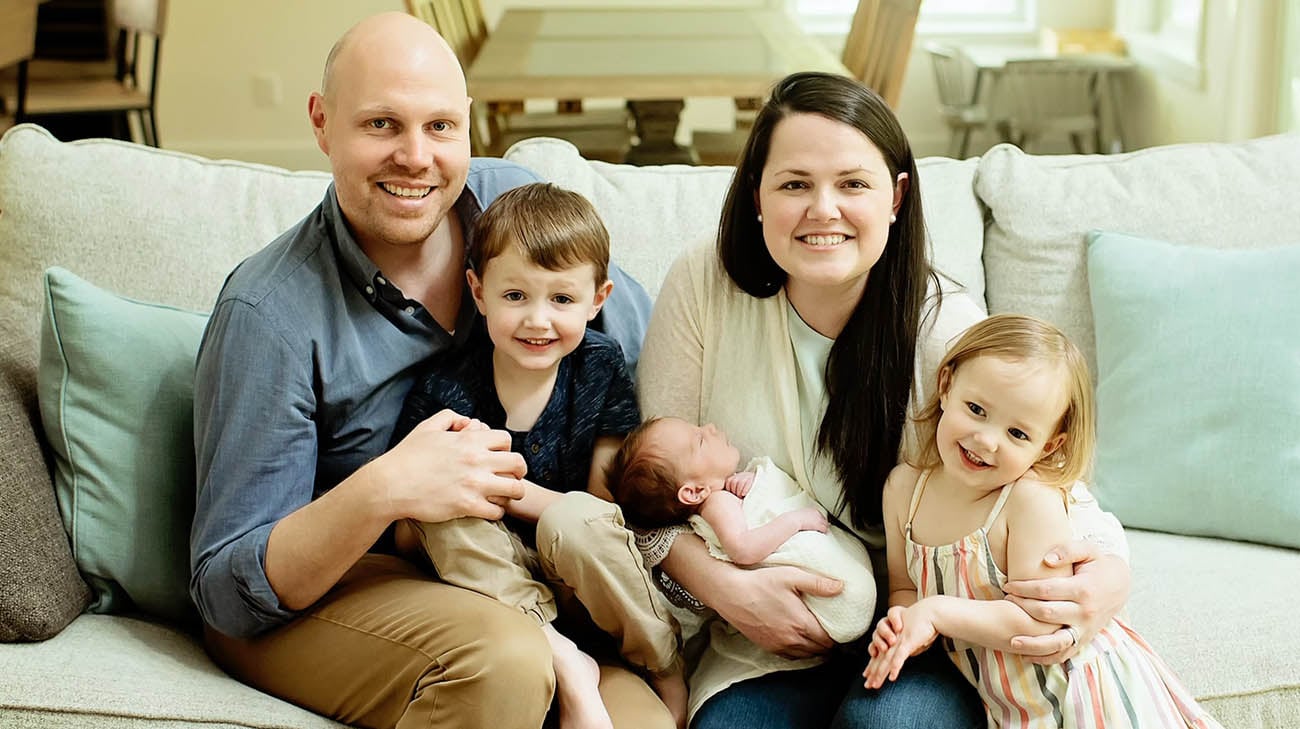 Feeling ill during pregnancy was nothing new to Mallory Wehage, who regularly dealt with morning sickness when carrying daughter Mattie, now 4, and son Emmett, now 6.

However, her third pregnancy in late 2020 was different. Searing, nonstop headaches would keep her bedridden for hours at a time, and it was all the full-time mom could do to muster enough energy to handle her kids’ most basic needs.

“It was really rough,” says Mallory, who moved back to her hometown in Avon Lake, Ohio, with husband Brent and their young family in 2019. “It’s normal for me to not feel well while pregnant but this was different. Most of the time I couldn’t even get out of bed.” 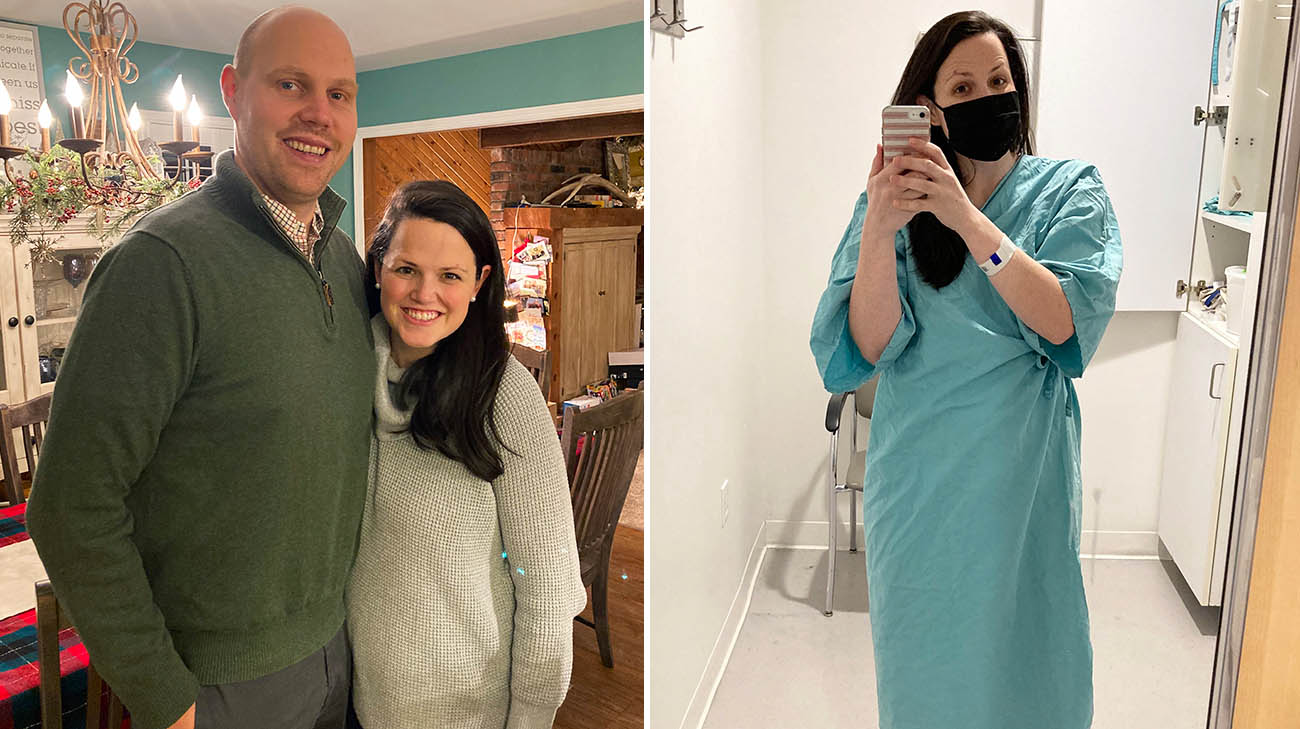 She referred Mallory to a neurologist who was concerned about the headaches consistently being located in the same spot in her head. He ordered an MRI, “to rule out the bad stuff first,” as Mallory recalls. However, when Mallory saw an incoming call from Cleveland Clinic two hours after the test, she knew the results weren’t good. Indeed, they were shocking: Mallory had a golf ball-sized cerebral aneurysm in one of the two vertebral arteries that supply blood to the back part of her brain.

Her care team advised she immediately go to Cleveland Clinic’s main campus, where she underwent a CT scan to further pinpoint the size and exact location of the aneurysm, a blood-packed bulge in the artery that, if untreated, could rupture and cause life-threatening bleeding or a stroke.

Mallory was admitted to the hospital that evening, on a Wednesday in early January 2021. Handling her case was Peter Rasmussen, MD, a cerebrovascular neurosurgeon in Cleveland Clinic’s Cerebrovascular Center.

As Dr. Rasmussen explains, the team, including maternal-fetal medicine specialists, needed to move quickly but deliberately since two lives were at risk – Mallory’s and her unborn baby’s, who was then about 22 weeks gestation. “There was a lot going on,” he explains. “First, it was a giant aneurysm at high risk of bleeding. It was compressing the upper part of her spinal cord and brain stem. But being pregnant complicated matters, as the cardiac output increases and sometimes blood pressure rises, all of which increase the chance of a brain bleed.” 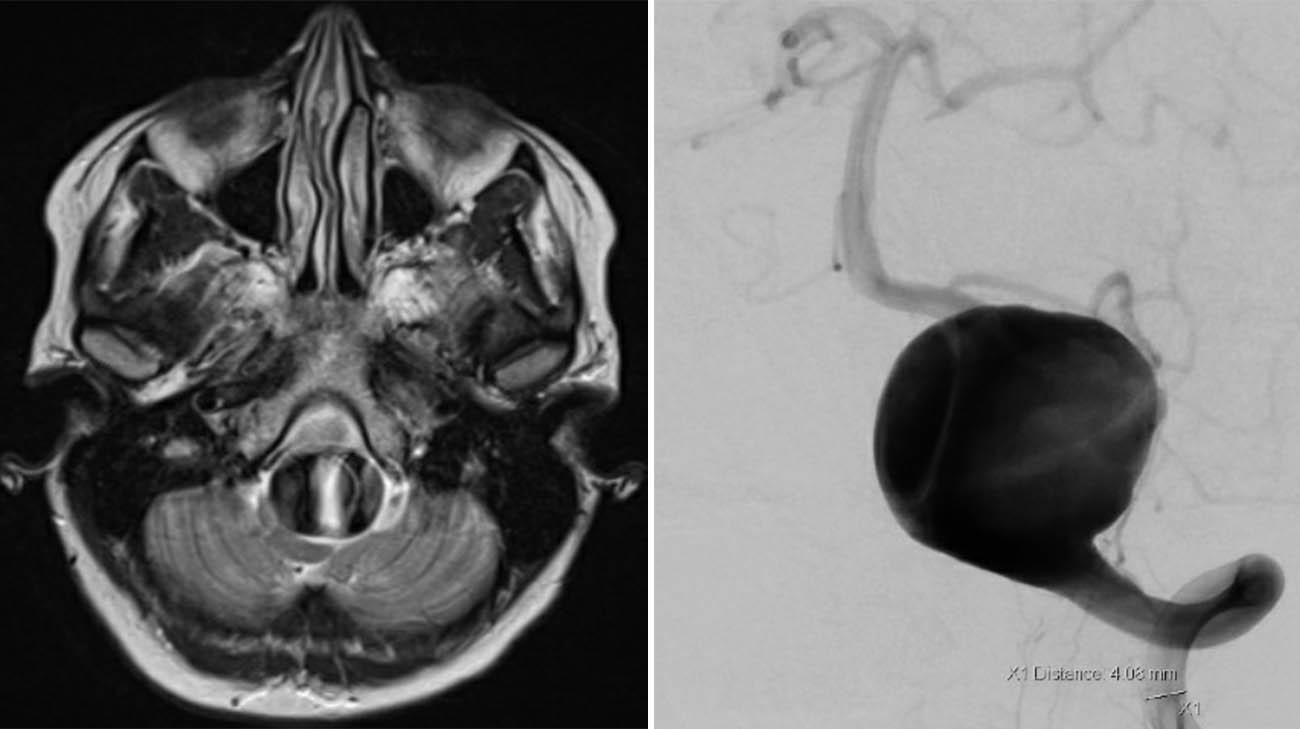 Also, because endovascular treatment techniques include the use of radiation, the medical team had to be careful to limit exposure to protect the baby.

Based on these factors, Dr. Rasmussen recommended a relatively noninvasive procedure that would isolate the affected portion of the vertebral artery, in essence blocking blood flow around and away from it. Once blocked, the blood would flow through the other vertebral artery in Mallory’s brain.

He would perform a Hunterian occlusion, a form of endovascular coiling in which a thin-tubed catheter is inserted into the affected arteries. The coils – “like balls of yarn,” says Dr. Rasmussen – would block the flow of new blood from reaching the aneurysm, which over time slowly dissipates and disappears. 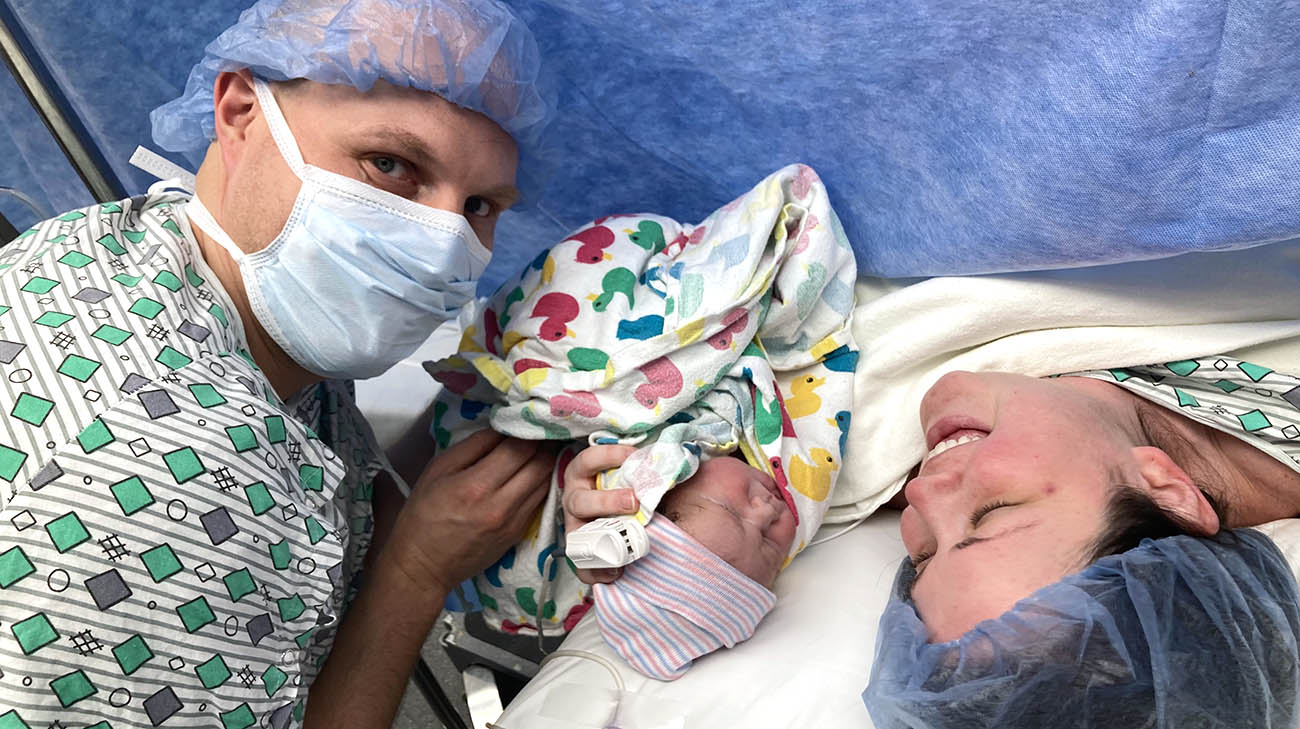 “Because Mallory’s other vertebral artery was of sufficient size to do the work of both arteries, that allowed us to do a fairly simply treatment of blocking the artery, with minimal radiation exposure,” says Dr. Rasmussen. “If you think of the aneurysm as a foot standing on her brain stem, over weeks to months, that foot just disappears.”

Two days after being admitted to the hospital, Mallory – who during her hospital stay was separated from her children from the first time – underwent the procedure. When she awakened from the surgery, she asked an attending nurse if she was still pregnant. Assured the baby was fine, she at last began to relax.

Two days later, on a Sunday morning, she was discharged and went back home to her family. While her headaches remained for a time, the pain and postprocedural swelling were mitigated by medications, including steroids. 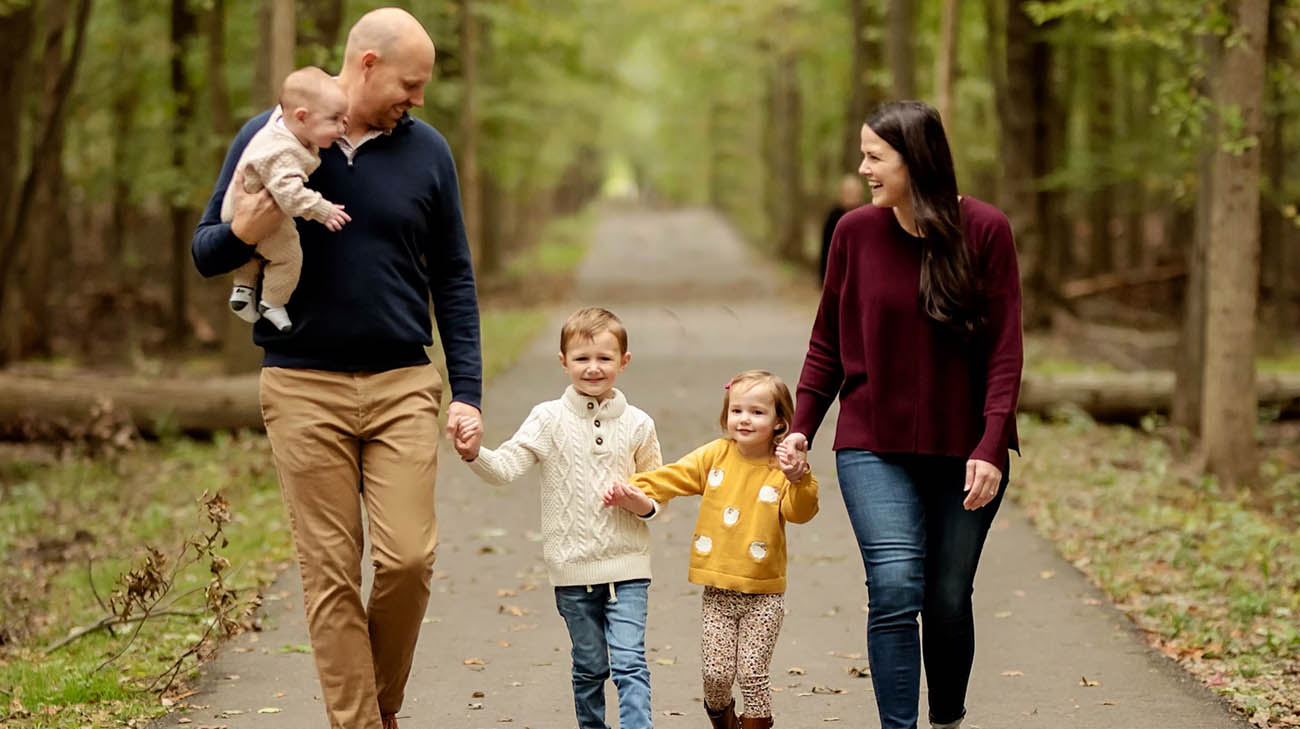 Mallory with her husband and their three kids. (Courtesy: Heidi Lynn Photography)

“It took some time to recover,” says Mallory, who cited her mother and husband Brent for rearranging their schedules to take over her family duties during her recuperation. “I’m lucky we had moved back home and were so close to my family and the Clinic.”

Finally, in April 2021, when Mallory was 36 weeks pregnant, she gave birth to Scotty via C-section. Although slightly undersized at just over 5 pounds, Scotty has been healthy. He’s currently 17 months old and thriving. So is his grateful mom.

“The headaches were gone after the birth,” notes Mallory, who plans to return to her career as a mental health counselor in a few years, once Scotty reaches school age. “You would never know either of us went through this.”