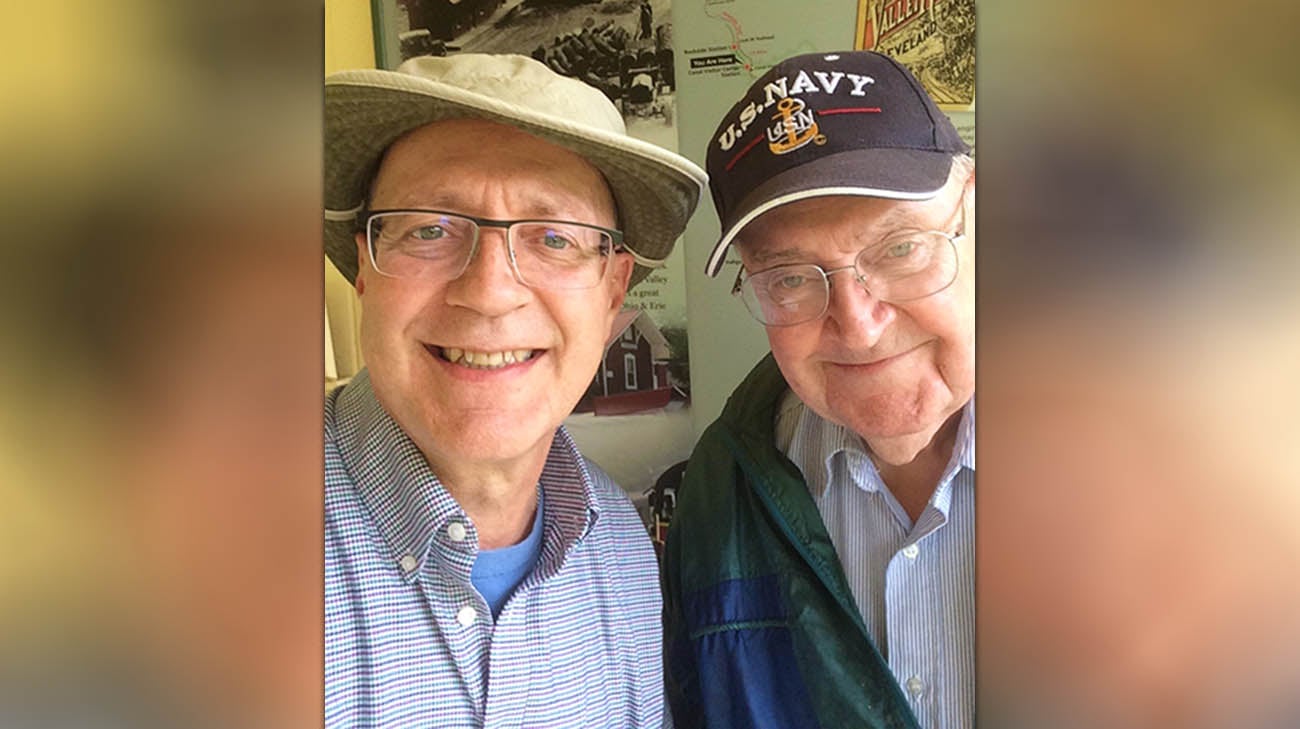 Every summer, like clockwork, Ed Foley schedules and keeps an appointment with his longtime physician, Eric Boose, MD, a family medicine specialist at Cleveland Clinic Express and Outpatient Care Clinic in Brecksville, Ohio.

In June 2020, he wasn’t going to let the COVID-19 pandemic postpone his healthcare routine. With several family members, including his father, having suffered from prostate cancer, the 63 year old has been particularly vigilant in monitoring any symptoms of the disease that kills about 33,000 men annually in the U.S.

“I’ve been with Dr. Boose for quite some time, and I use my annual physical as an opportunity to get caught up and talk about my health,” says Ed. “He has always been very aware of my concern about the history of prostate cancer in my family.”

While his initial exam in 2020 was a virtual visit, due to COVID-19 restrictions, Ed did have bloodwork done a few weeks earlier to allow Dr. Boose time to review the results prior to the visit. Ed’s prostate-specific antigen (PSA) blood test, one of the most precise indicators of cancer, came back with slightly elevated levels.

“The value of being a primary care doctor taking care of patients over time is that you examine them repeatedly, get to know them well and pick up on subtle things that could otherwise be missed,” explains Dr. Boose.

While the PSA level was within the upper segment of normal range for Ed’s age, Dr. Boose ordered a blood retest, and the levels were similar to the original score. They agreed that despite the ongoing pandemic, Ed should come into the office for a digital rectal exam a few weeks later.

During that exam, Dr. Boose could feel Ed’s prostate was firmer than usual, another indicator that a tumor could be present. Recalls Dr. Boose, “By doing the rectal exam in person, I could tell that his prostate felt different than it had in previous years. That, combined with the mildly elevated PSA level, was enough for me to recommend Ed see a urologist.”

A biopsy performed by Darius J. Unwala, MD, a urologist and surgeon at Cleveland Clinic’s Marymount Hospital, confirmed what Ed and Dr. Boose both suspected: Ed had prostate cancer.

According to Dr. Boose, Dr. Unwala told him he was surprised Ed’s cancer was detected so early, which often doesn’t occur with male patients who, compared to women, are more likely to delay or avoid annual check-ups. In fact, the results of a survey conducted as part of Cleveland Clinic’s sixth annual MENtion It health campaign for men reveals 20% of white men and 26% of men of color visit their physician less than once a year or never– many of them only when they believe something is wrong.

While concerned by the diagnosis, Ed, who has been married 40 years and has three daughters and five grandchildren, was grateful his awareness of and diligence in getting regular prostate exams enabled him to get a prompt diagnosis and treatment.

“While concerned I had cancer, I had complete confidence in both Dr. Boose and Dr. Unwala,” notes Ed, who cites his religious faith and support from family as key factors throughout his cancer journey. “They both listened to me and discussed every option available so I could make an informed decision.”

Because the biopsy and other tests revealed Ed had an aggressive form of cancer, almost identical to the type of prostate cancer doctors diagnosed his father with years earlier, Dr. Unwala recommended a radical prostatectomy, a surgical procedure performed either robotically or by conventional methods in which the entire prostate is removed.

“Dr. Unwala was willing to listen to my questions and concerns and help me make an educated decision,” adds Ed. “It’s so important to have that type of relationship with your doctors.”

The operation was performed conventionally and without complications. Ed recovered completely. He’s convinced his regular, annual physical exams and longstanding relationship with Dr. Boose were key contributors to his lifesaving treatment.

Dr. Boose agrees. “Historically, doctors made decisions for the patient. It was a very paternalistic relationship,” he observes. “Nowadays, the philosophy is shared decision-making. We partner with patients to decide what will be the best for them. I encourage them to ask questions, and understand the risks and benefits of the choices. That approach certainly worked for Ed.”