The moment he learned he was a candidate to be his nephew’s liver donor, James Grant Mosher called his sister, Andrea Campbell, and shouted these words: “Let’s go, baby.” And go they did.

Thirty minutes later, then 17-month-old Brooks Campbell – who just a week earlier was a healthy, active toddler -- was rushed into a Cleveland Clinic operating room for life-saving liver transplant surgery. He would receive a portion of his Uncle Grant’s liver, necessary because Brooks’ was in liver failure, possibly triggered by respiratory syncytial virus (RSV), a highly-contagious virus that can cause respiratory illness in infants and older adults. 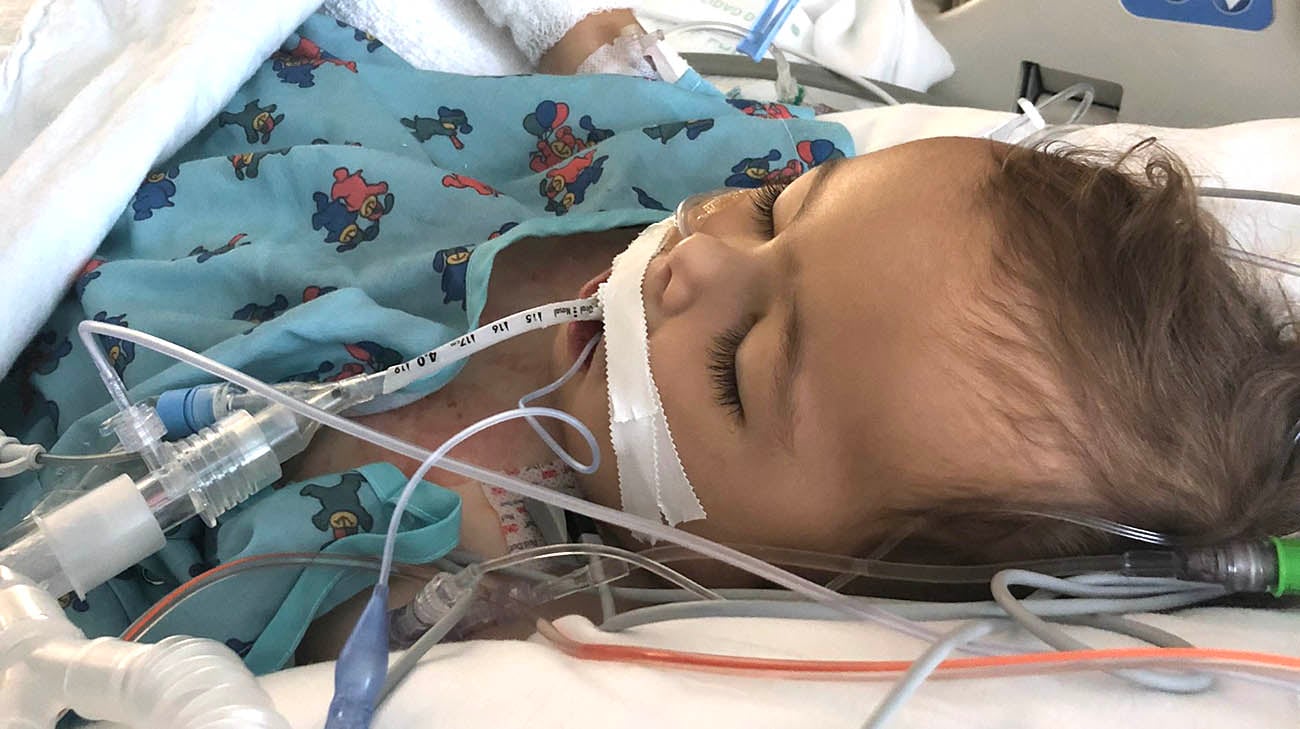 As Grant, a northeast Ohio native living in Austin, Texas, waited in an adjoining operating room for both of their surgeries to begin, a nurse asked him to think of something that makes him really happy, before the anesthesia would gently lull him to sleep.

"I told her, ‘My happy thought would be just seeing Brooks running around again and being a happy kid, the one we all knew him to be, who brings so much joy into our lives.’” 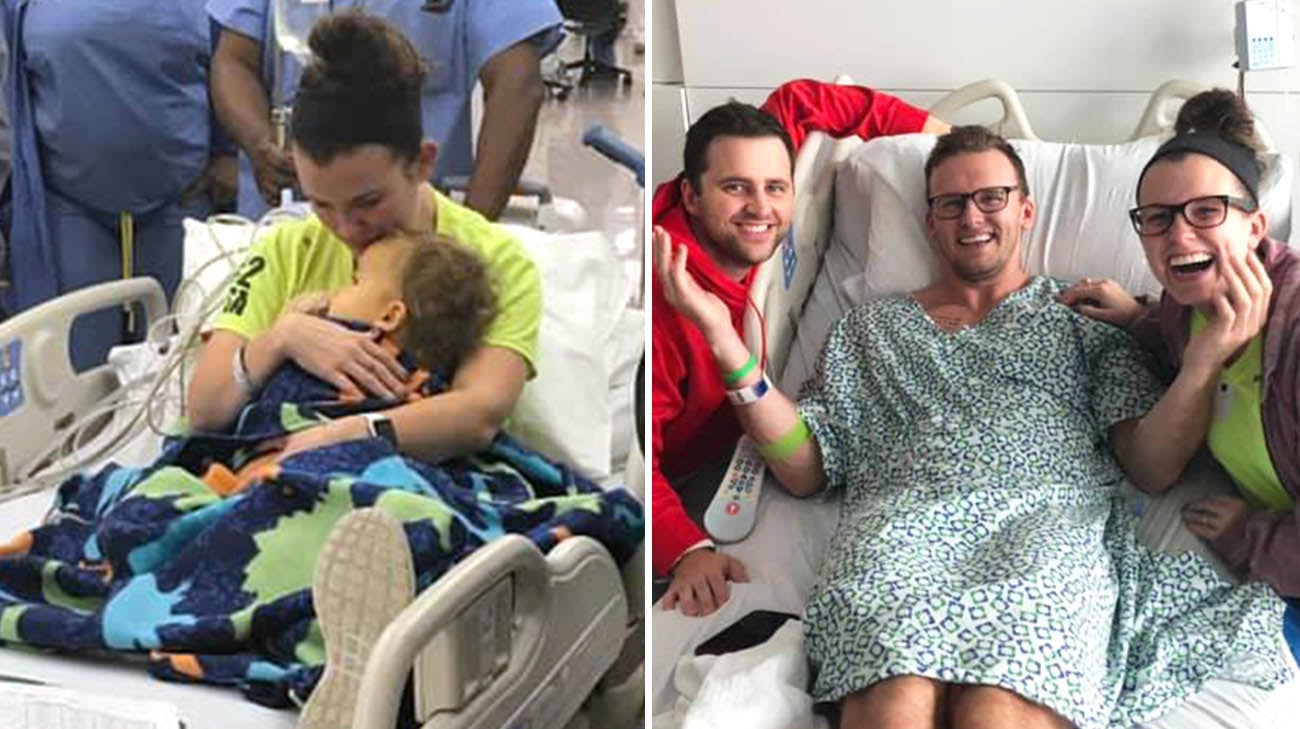 Less than an hour after Grant found out he was a donor match for Brooks, Cleveland Clinic clinical staff wheeled them into their separate operating rooms, in November 2019. (Courtesy: Andrea Campbell)

A little more than a year later, Grant’s happy thought is a daily occurrence. “I see Brooks running around with his brother, just little boys playing,” says Andrea, Brooks’ mom, who was pregnant with now 7-month-old James during Brooks’ fight for his life in November 2019. “We always call Brooks our wild animal, but he’s joyful and very compassionate. He’s such a blessing.”

Andrea first noticed something might be wrong with Brooks after she and husband, Matt, had photos taken with their infant son for the family’s Christmas cards. “I thought he looked a little yellow in the photos,” she recalls. She showed the pictures to Matt, Brooks’ father, but he didn’t notice anything significant. The next morning, Brooks threw up after breakfast. Andrea and Matt noticed the whites of his eyes were a dull yellow. 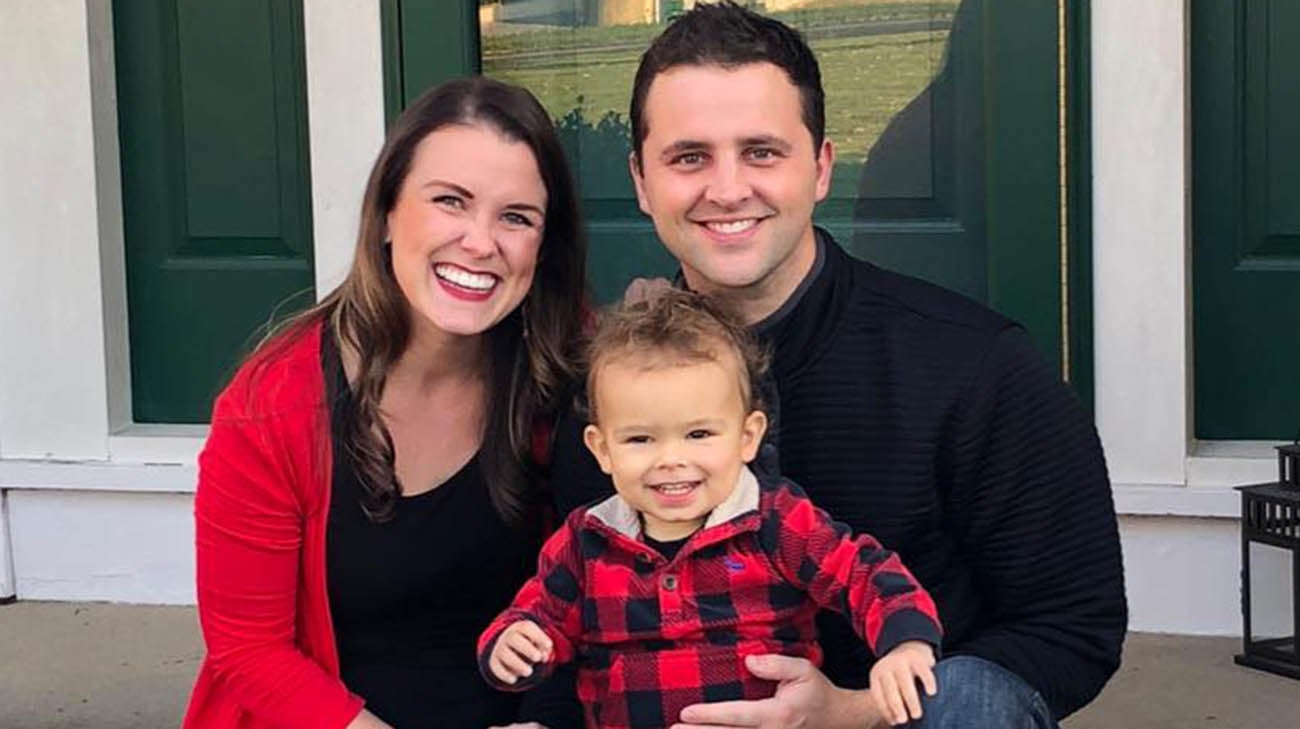 They made an appointment with their pediatrician, who then referred Brooks to a local hospital near their home in Homeworth, Ohio, for more testing. Throughout, Brooks stayed active and seemed fine, but hours later, he became lethargic. Meanwhile, the doctors made a shocking diagnosis – Brooks was suffering from acute liver failure, and was immediately transferred by ambulance to Cleveland Clinic Children’s.

“It was terrifying,” recalls Andrea, who calls Brooks her little warrior after she underwent in vitro fertilization to get pregnant with him. “We've never known anyone to have any liver issues. It just felt so random. Adds Matt, “We were shocked, but we both thought, you know, he'll get a prescription for something and he’ll be fine. A transplant wasn’t even close to being on our radar.” 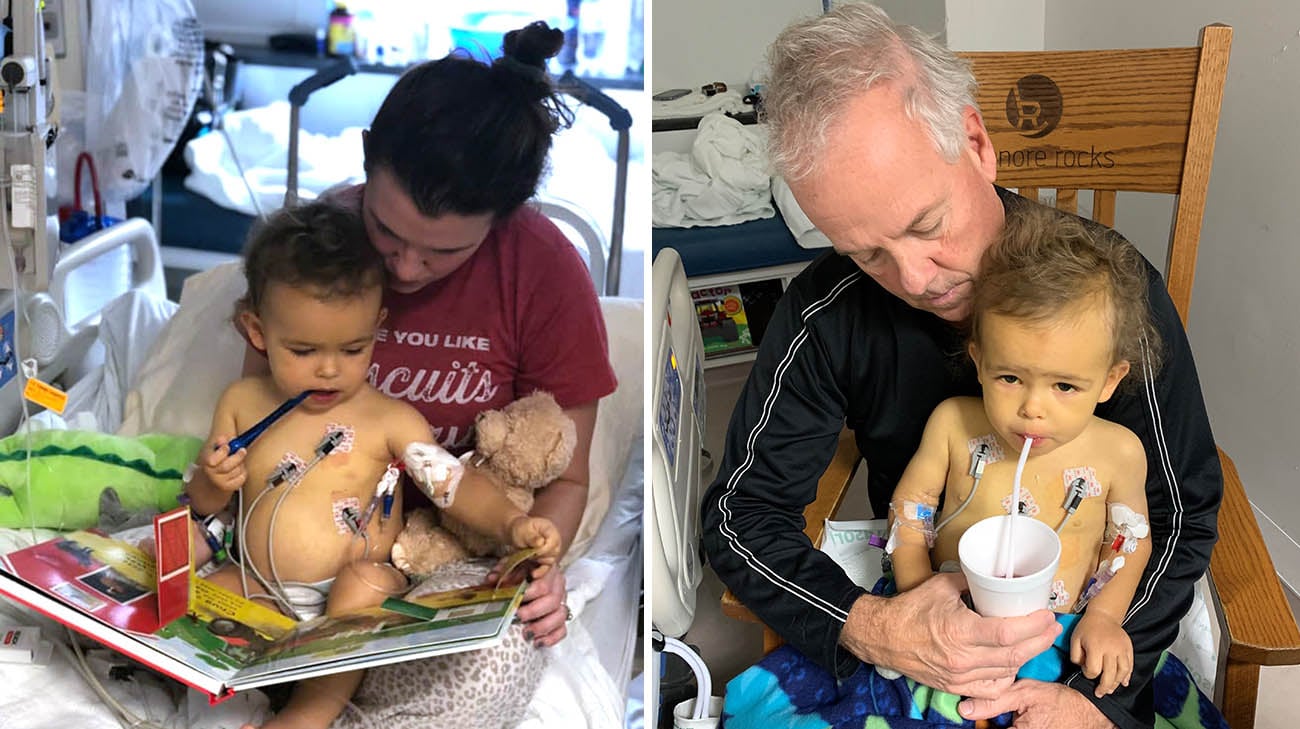 Brooks with Andrea (left) and his grandfather (right), prior to undergoing a liver transplant, in November 2019. (Courtesy: Andrea Campbell)

Very soon, however, a liver transplant became the only option. “We didn’t know what caused the liver failure (at the time), but the situation was really, really urgent,” says Koji Hashimoto, MD, PhD, director of the living donor liver transplantation program at Cleveland Clinic. “When he got here, he didn’t have much liver function left. And if you lose the liver function completely, you will not be able to survive.”

Adds Kadakkal Radhakrishnan, MD, a pediatric gastroenterologist and hepatologist who was part of the team that treated Brooks, “Our multidisciplinary approach was essential. We had to quickly do a work-up on Brooks, because acute liver failure in such a young person is not common.” 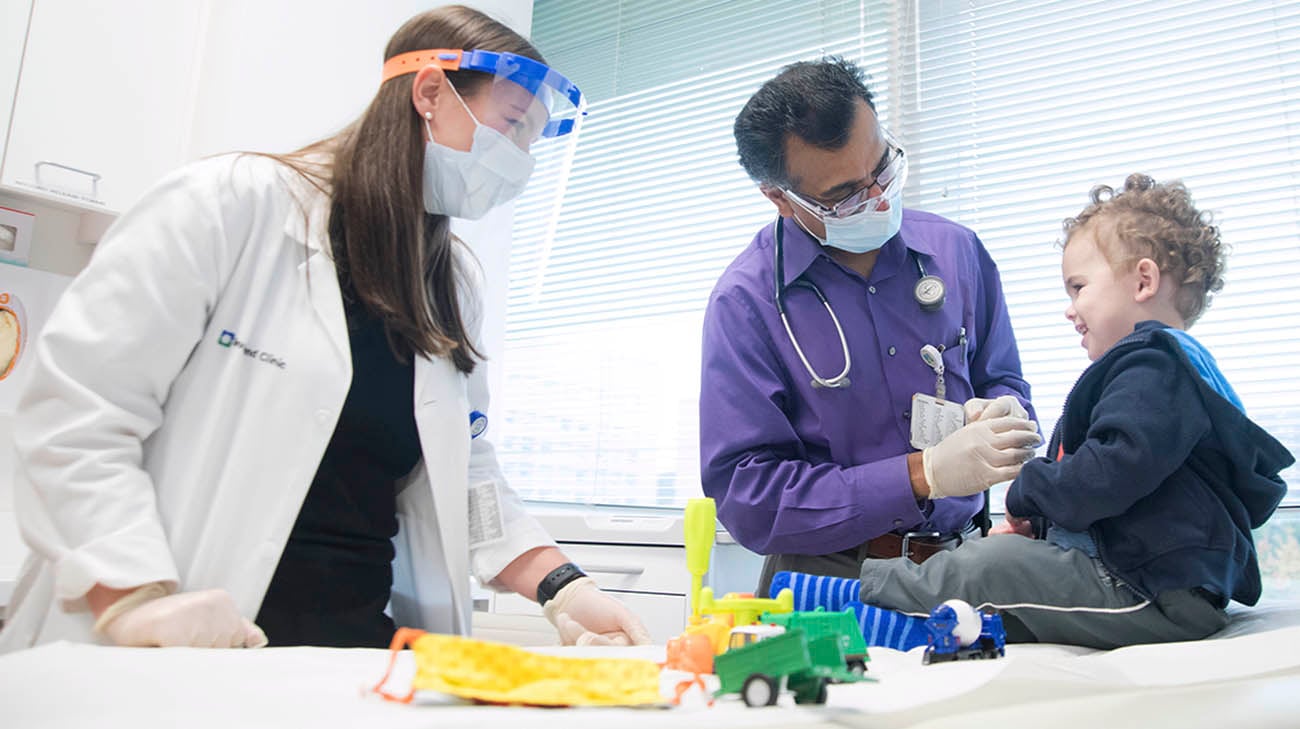 While doctors were desperately striving to get a handle on Brooks’ illness, a separate team of Cleveland Clinic caregivers quickly assembled to conduct a rapid-fire and streamlined (yet thorough) living donor evaluation for acute liver failure.

Explains Dr. Radhakrishnan, “To find a living donor for someone with chronic liver failure, you have days, weeks or even months to figure it out. But for Brooks, we didn’t have the luxury of time. We had to find the right person quickly.” 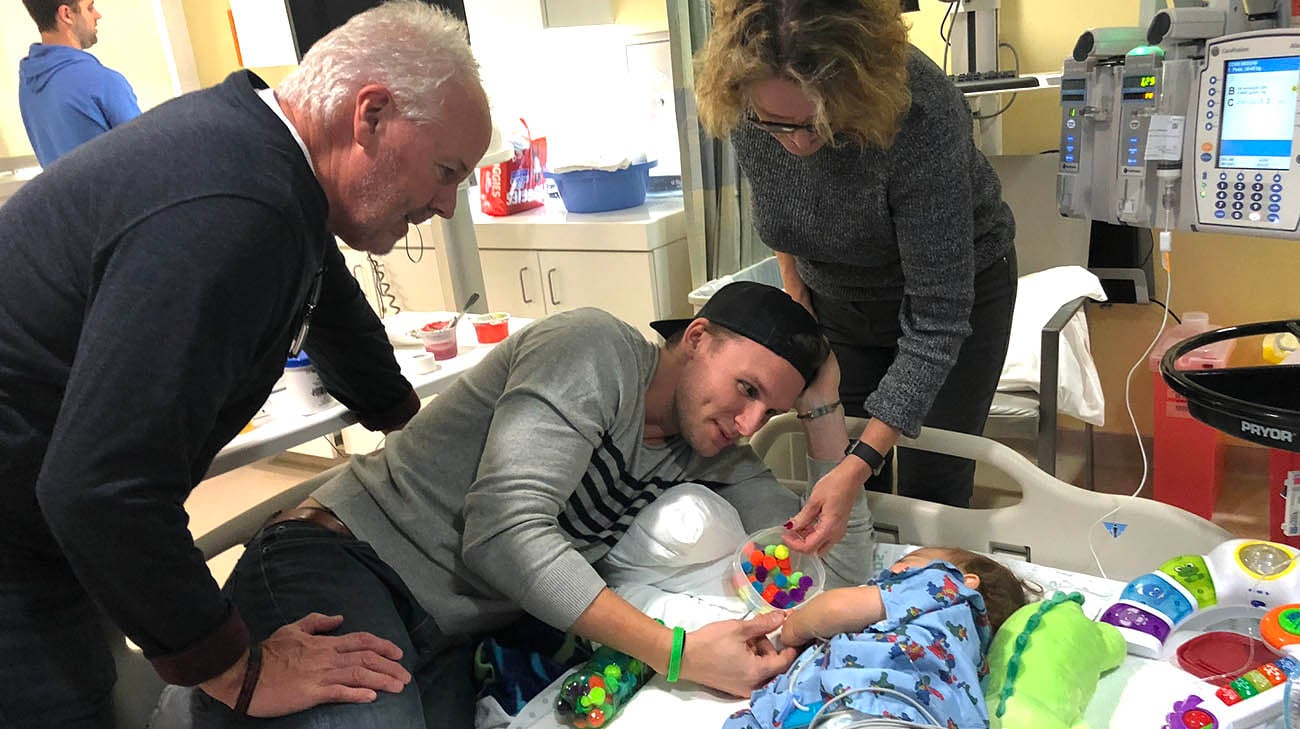 Grant, his father, and mother, visiting Brooks, after flying into Cleveland from Austin, Texas, in November 2019. (Courtesy: Andrea Campbell)

The team – spearheaded by clinical nurse manager for liver transplant Donna Ferchill, RN, and transplant coordinator Natashia Rush began searching for a match within the immediate family. Andrea was ruled out because she was pregnant. Matt seemed to be the best choice, but hours of testing revealed a genetic blood clotting disorder – which ruled out him and everyone on his side of the family

“That was tough to hear,” says Matt. “I was mentally prepared to jump right in and help Brooks. Now, we had to figure out how we're going to approach this.”

When informed Brooks was sick, Grant had immediately flown to Cleveland from Austin with his parents (who had been visiting him). “Our little guy was dying, and I realized, ‘I’m up.’” Grant recalls. “When I came here from Austin, I felt like it was for a reason. And I started to think, ‘this is that reason. I’m supposed to be the donor.’" 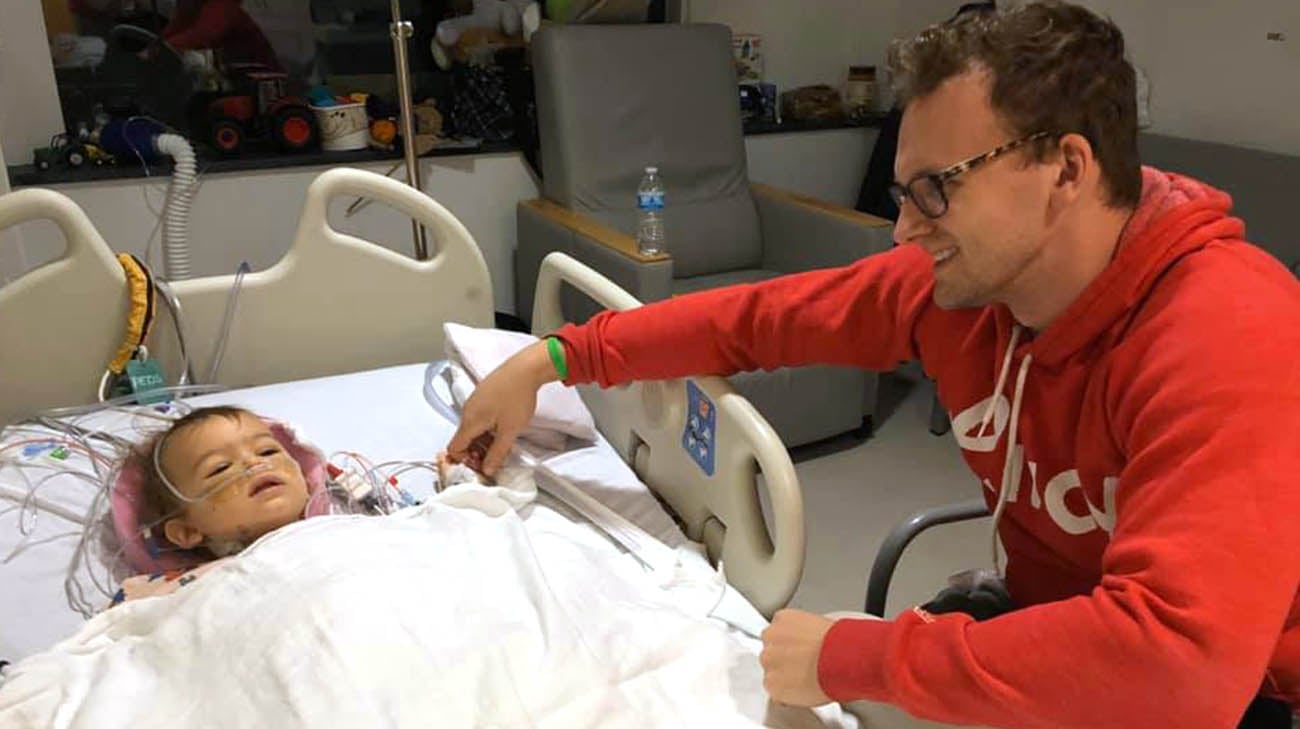 Now it was Grant’s turn to be tested, and he was a perfect match. Within an hour after the test results were confirmed, the surgeries took place. Surgeon Choon Hyuck David Kwon, MD, PhD, director of laparoscopic liver surgery, removed about 15 to 20% of Grant’s liver (the donor’s remaining liver typically regenerates to replace the removed section within 6-8 weeks).

Dr. Hashimoto delicately inserted a portion of Grant’s liver into Brooks, during an intricate 13-hour surgery. The surgical team also had to take into account the fact Brooks was born with just one kidney, a fact uncovered during the original testing phase. 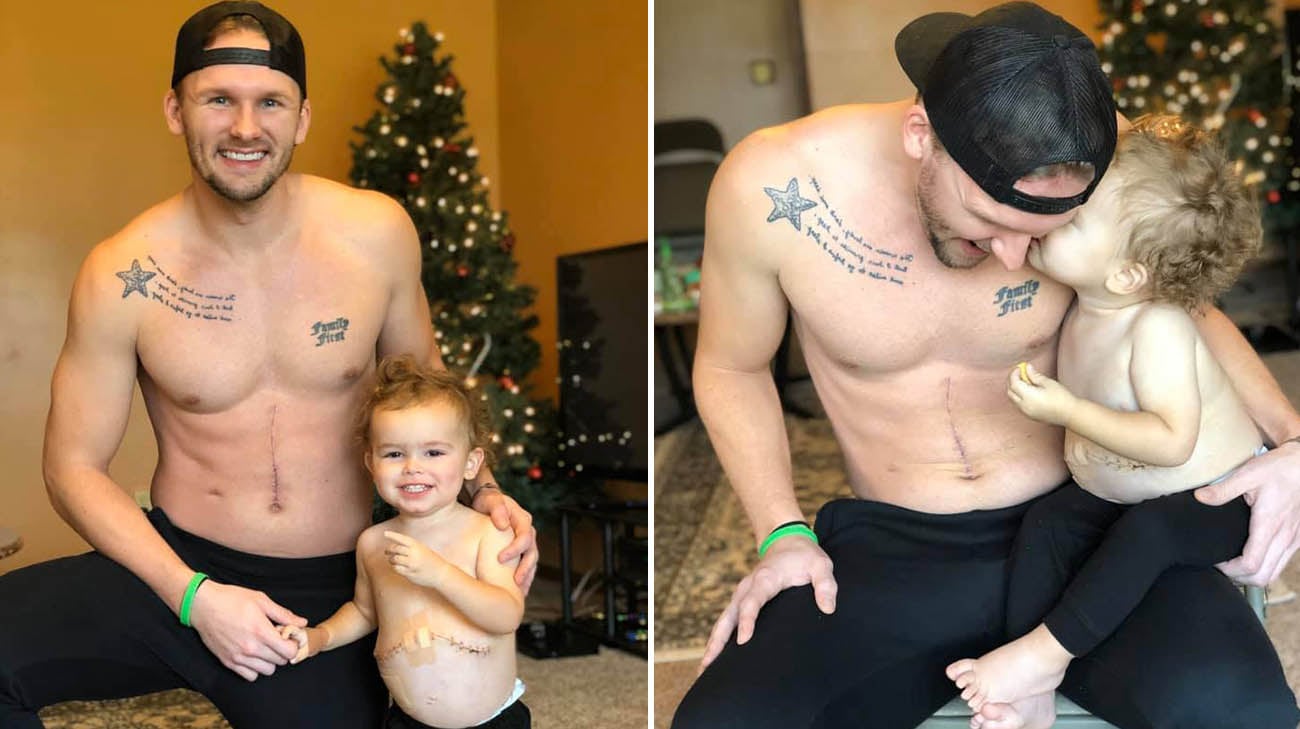 Brooks and Grant now have a special bond after Grant donated a portion of his liver to save Brooks' life. (Courtesy: Andrea Campbell)

Fortunately, the surgery worked perfectly. In no time, Brooks was back to normal. He is still regularly monitored for a rare autoimmune disorder that likely triggered his liver failure. Doctors discovered the condition through genetic testing, performed prior to his transplant. “He would have bulging stitches in his belly and be jumping over the couch like nothing's going on. Kids are resilient,” says Andrea.

Grant recovered well, too, but joked with his sister that his bounce-back was slower. “Man, I wish I felt as good as Brooks does,” he would tell Andrea. 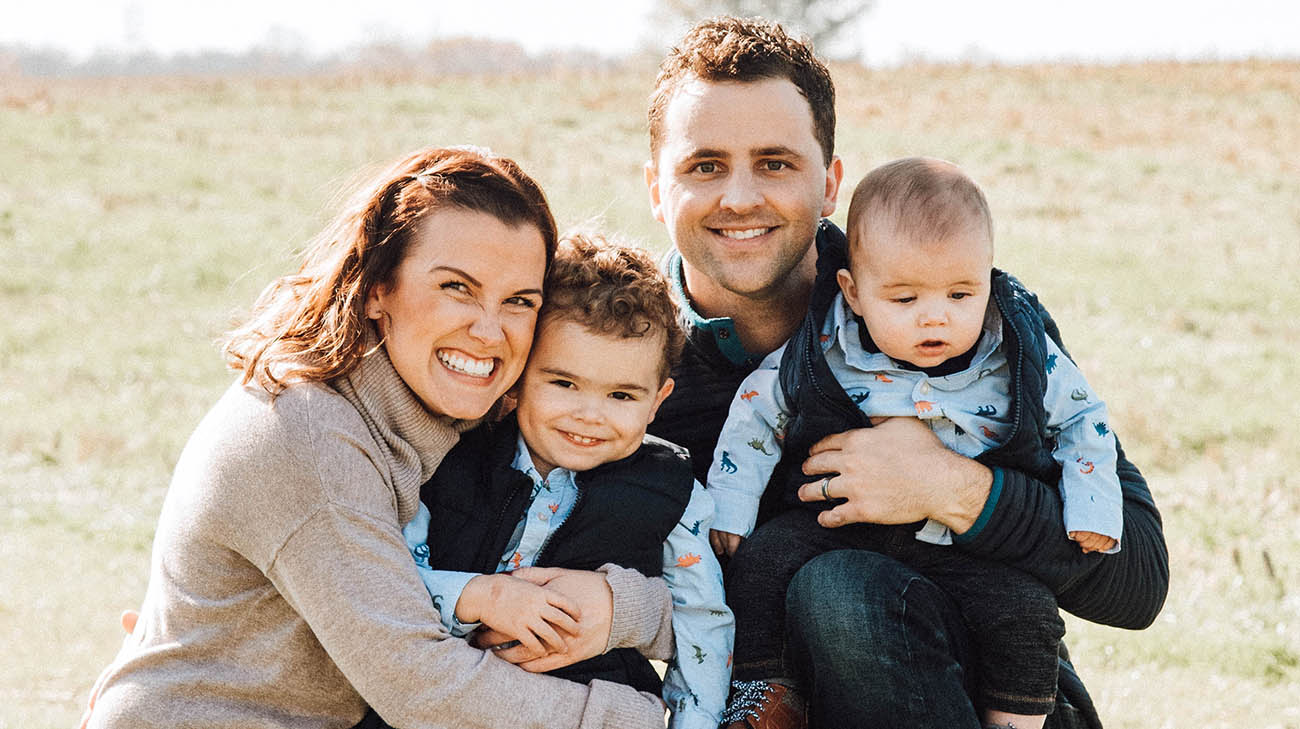 On November 13, 2020, the family celebrated Grant’s and Brooks’ one year transplant anniversary milestone. Matt and Andrea are forever grateful to Grant. Explains Andrea, “Grant and I have always been close. And seeing this side of him and his selflessness to save Brooks just makes me love him so much more. He gave us the gift of life. I don't know how you ever thank anyone enough for that.” 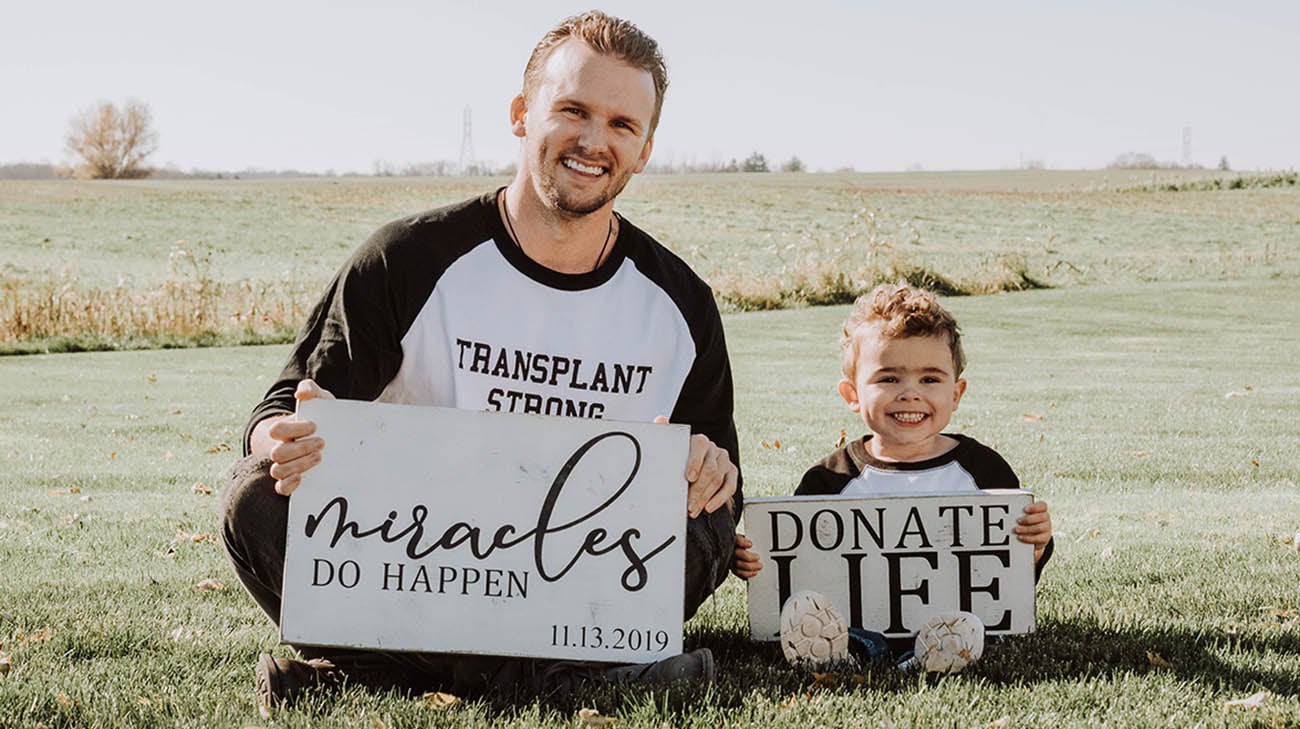 For Grant, Brooks unknowingly helped him discover his purpose and the kind of person he says he wants to be moving forward. "People said I saved his life in that night in November, but in reality he saved mine."

When the Campbell’s second son was born on April 23, 2020, they named him James, which is Grant’s first name. To this day, Andrea wears a bracelet inscribed with “Let’s Go, Baby,” the words Grant shouted on that life-altering telephone call.