On June 5, 2020, Jon and Lynda Joesten celebrated their 22nd wedding anniversary. On June 6, it seemed like that could have been their last. On a stifling hot Saturday morning, Jon, age 50, was using a rototiller to spruce up a garden in the front yard of their Brunswick, Ohio, home. He collapsed, fell to the ground and became unresponsive.

As Lynda recalls, “I had just said to him, ‘Why don't you just take a break?' because he looked really hot and sweaty. I bent over to pick something up, and when I looked over at him, he was on the ground.” 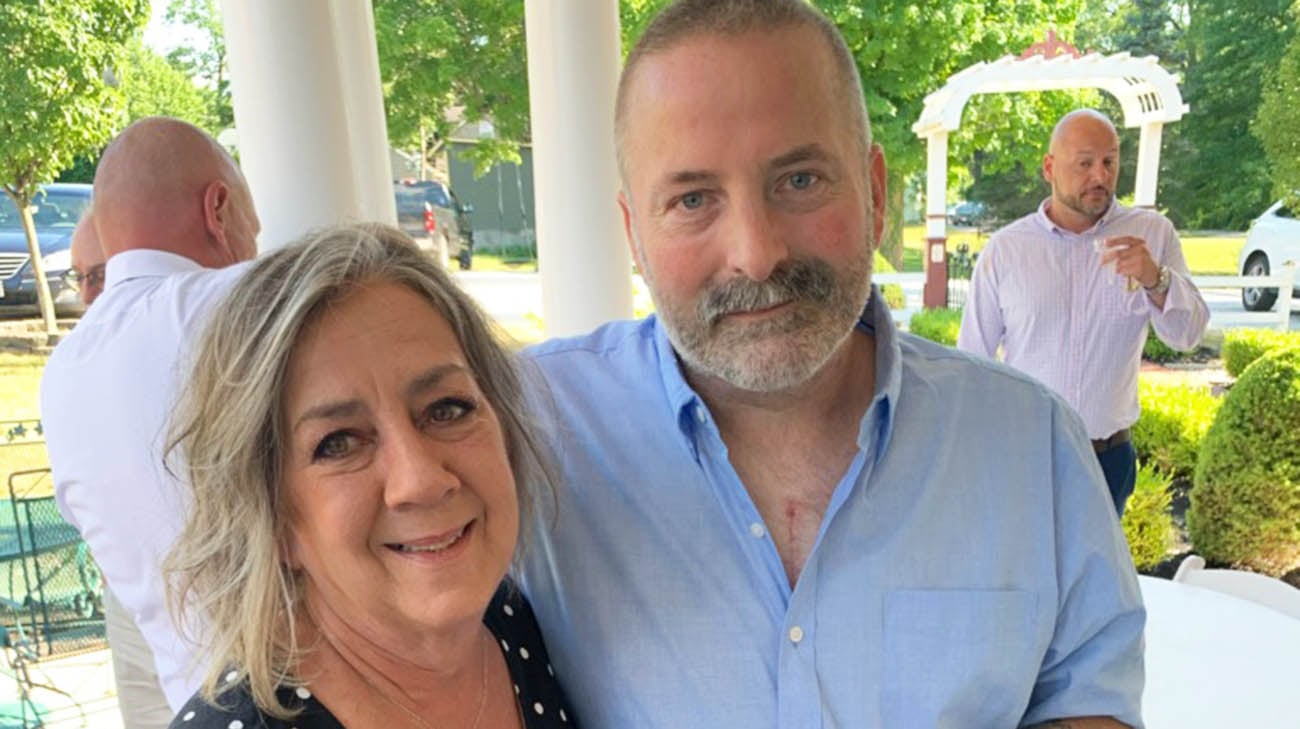 Panicking and screaming for help, Lynda dialed 911 as two men who were driving by the house jumped out of their vehicles to try and help.

However, moments later the person who would save Jon’s life also drove by. Cleveland Clinic cardiac nurse, Chelsea Kelly, had just dropped off her infant son at her mother’s house so she could take a nap before starting her 12-hour shift that evening. Chelsea would not ordinarily have been driving in the Joesten’s neighborhood. Road construction slightly delayed her trip and prompted her to take a different route – a route that led her to Jon when he needed her most.

“I was on the phone with my mom,” says Chelsea. “I just happened to take a look to my right, and I saw (Jon) down in his front yard. And I saw this woman, frantic, over him. I said to my mom, ‘Oh my gosh, somebody’s down, I’ve got to go.’” 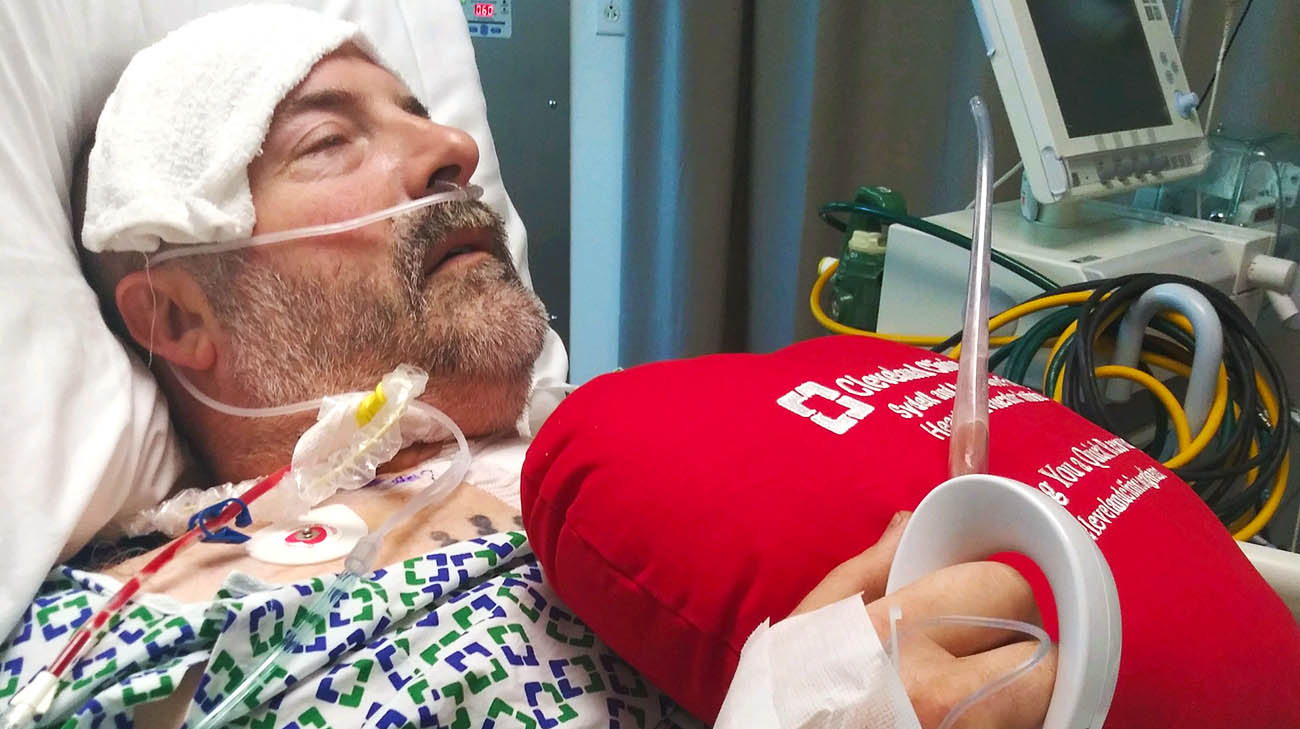 Jon underwent a triple bypass at Cleveland Clinic. He squeezes the red, heart-shaped pillow to ease the pain after surgery and counteract any jolting from a cough, sneeze or certain movement. (Courtesy: Lynda Joesten)

Quickly pulling over and bolting from her car, Chelsea identified herself as a nurse, asked what happened and immediately began performing chest compressions on Jon. A cardiopulmonary resuscitation (CPR) technique, chest compressions involve pushing down heavily on a heart attack victim’s chest with both hands, about 100 times per minute, to force blood to flow to vital organs while the heart isn’t working.

“I immediately felt for a pulse, but there was no pulse. So I started doing compressions,” Chelsea continues. “I’m not sure how long I was doing them before the paramedics arrived. I had so much adrenaline.”

While doing the compressions, Chelsea asked Lynda to help by performing another CPR technique – rescue breaths, via mouth-to-mouth breathing. According to Chelsea, “Lynda got down on the ground with me, and I talked her through how to do it. She was doing so good. She doesn’t think she was calm, but she did great.” 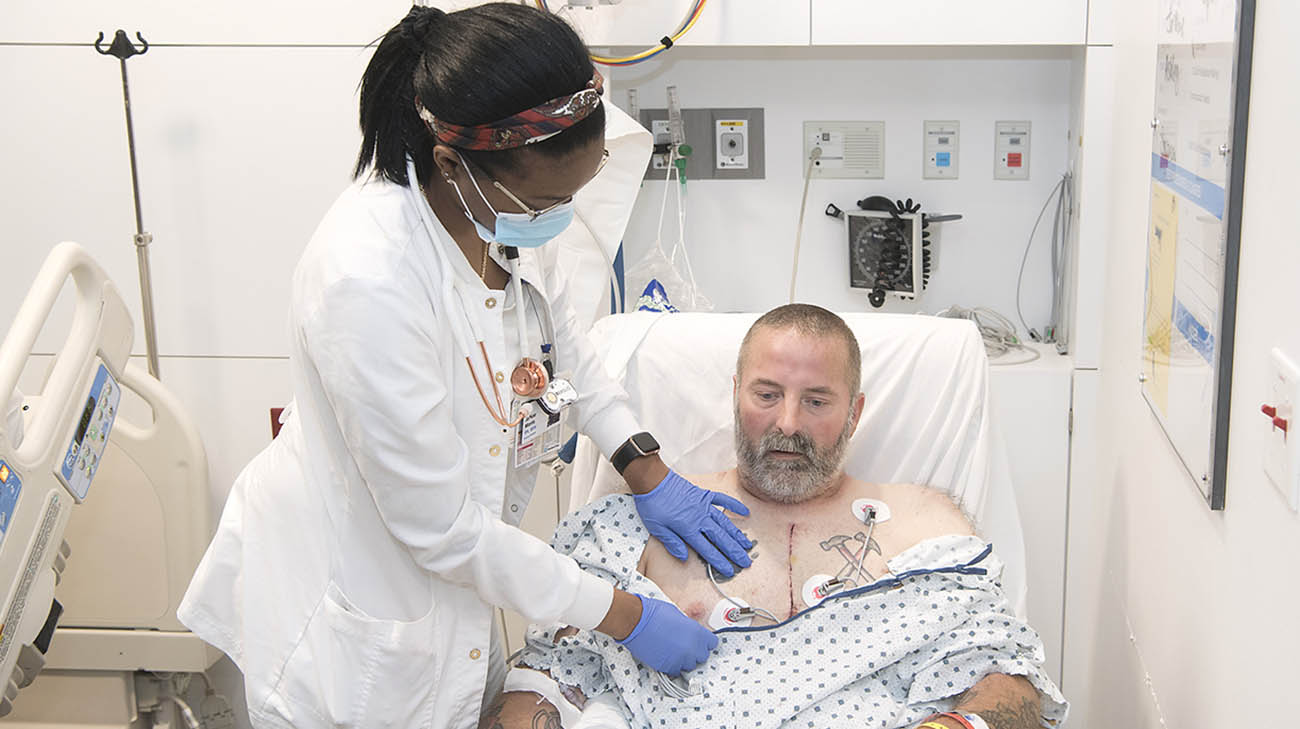 The duo continued their work on Jon until paramedics arrived and took over his resuscitation, quickly whisking him away, by ambulance, to the emergency department at nearby Cleveland Clinic Brunswick Family Health Center. Chelsea hugged Lynda, made sure she was OK and resumed her journey home.

Not long afterwards, back at her home located near the health center, she heard the sound of a helicopter taking off. She knew that was good news.

Explains Chelsea, “I thought, ‘He’s alive! He’s getting life-flighted to main campus!'”--which is where Chelsea works.

After the emergency department clinical caregivers stabilized Jon, a transport team flew him by helicopter about 25 miles to Cleveland Clinic’s main campus. Three days later, Daniel Burns, MD, a cardiac surgeon, performed triple bypass surgery to reroute blood flow around blockages in some of Jon’s arteries and restore the heart’s ability to function. 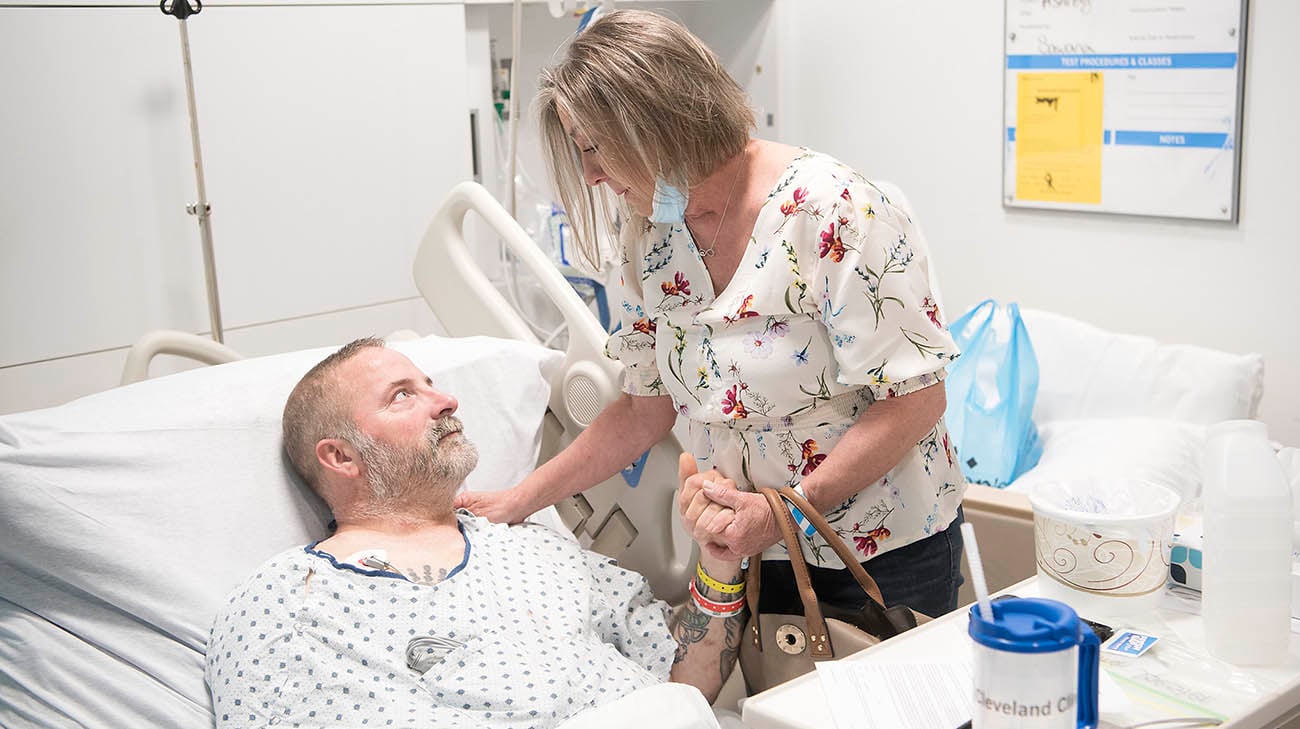 Lynda seeing Jon for the first time, after he experienced a heart attack, in the front of their home. (Courtesy: Cleveland Clinic)

Dr. Burns insists, that life-saving procedure might not have occurred if Chelsea had not been in the right place at the right time. “The importance of their serendipitous meeting really can’t be understated,” explains Dr. Burns. “Having Chelsea there to administer CPR was the pivotal moment that kept all the dominoes from falling in the wrong direction.”

Ironically, once Jon’s surgery was completed and he began to recover, he was moved to a step-down unit on the hospital’s cardiac floor– the very floor Chelsea works. She checked on him several times during his stay, including his first night there upon arriving to begin her shift.

The Joestens – whose daughter-in-law, Tiffany, is also a nurse – are extremely grateful for Chelsea’s selfless act. “Jon wouldn't be here without her,” says Lynda. “I truly believe she's an angel.” 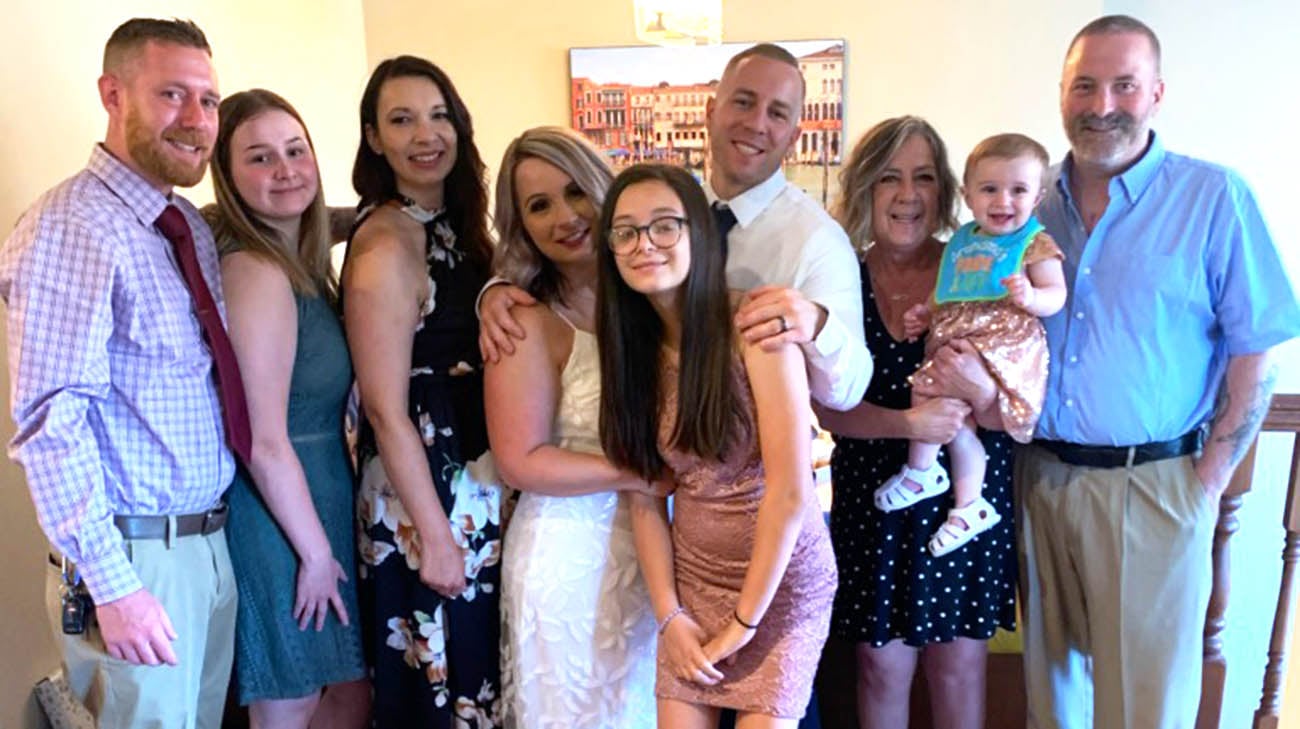 Adds Jon, who is recovering well from his heart attack, “There are no words to express my feelings of gratitude. I mean, she literally gave me my life.”

Chelsea, a nurse for just over three years, doesn’t believe her act was heroic. “I feel like it was my duty to help. If I have the skills to do something to help somebody, I feel it’s my job to do that,” she says. “Not only did I make a huge impact on their life, but they made an impact on my life too.”