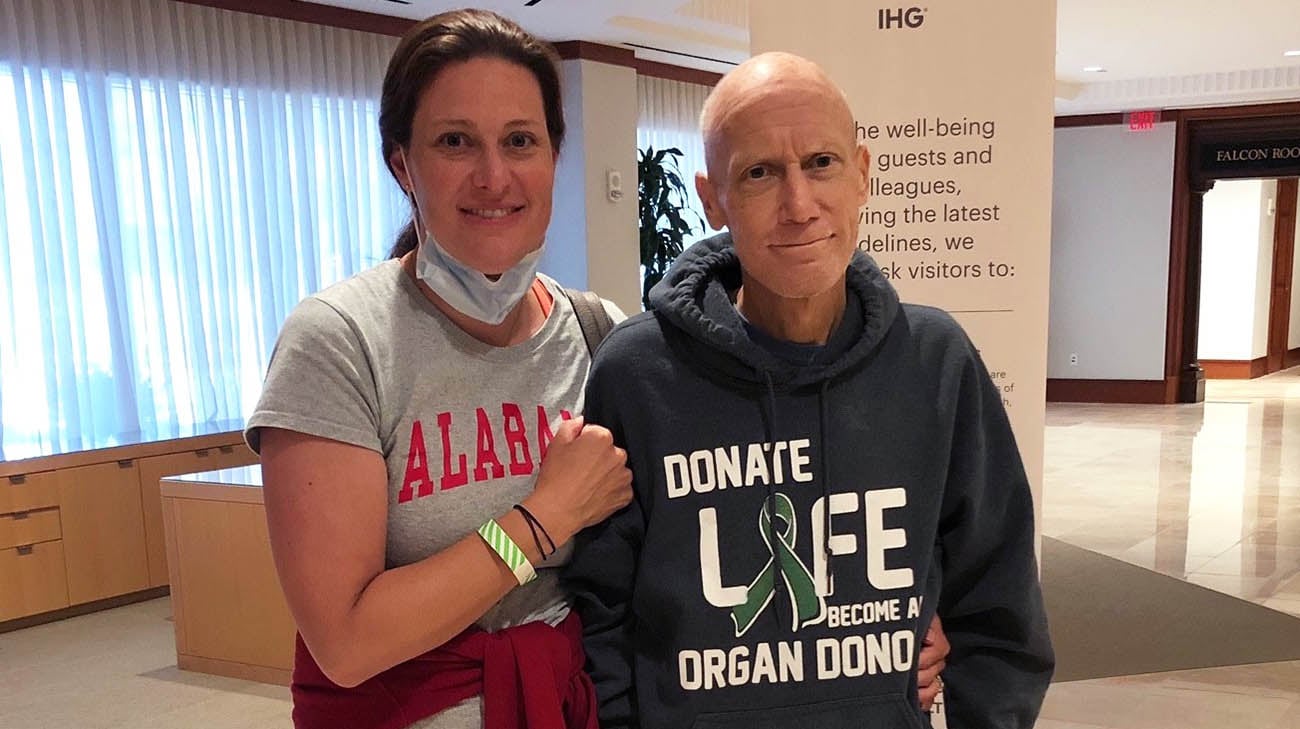 In 1999, the lung disease, idiopathic pulmonary fibrosis (IPF), took the life of Brian Stanley’s mother, at age 55. He calls it “the worst day of my life.”

Second, on his worst-day list occurred in early 2016, when two different hospitals declined to accept Brian, who was suffering from IPF, into their lung transplant program. “They said the risk was too high,” recalls the Rhode Island resident, now age 51. “After watching my mother die from IPF, I knew there was no way I was going to live without a transplant.”

“Getting rejected by (the other hospitals) turned out to be a godsend,” says Brian. “That’s what led me to Cleveland Clinic. They are willing to accept more high-risk people.”

“A lung transplant is second only to an intestinal transplant for having some of the most complicated outcomes,” says Jason Turowski, MD, Brian’s pulmonologist. “We will find a way to solve what many others say is not solvable.” 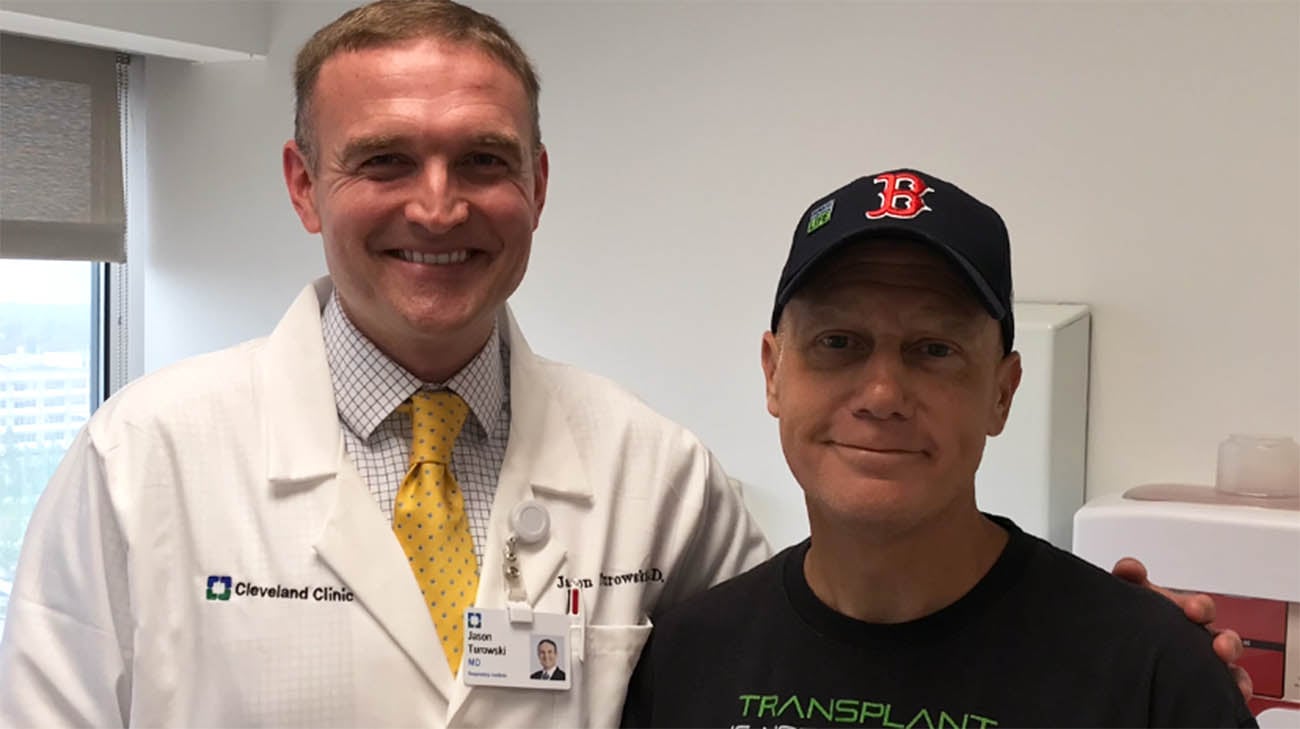 The complication that deterred the other hospitals from taking Brian as a lung transplant patient is what led him to require kidney and liver transplants this year: hemochromatosis. A disorder in which the body stores too much iron, hemochromatosis often leads to failure of the liver, kidney or other organs, which are unable to handle the iron overload.

While Brian’s double-lung transplant in 2016 was successful, and he recovered quickly, he knew the presence of hemochromatosis would likely lead to a deterioration in his health. And, indeed, a few years later he began to feel the effects of the disease, as both his kidney and liver began to fail.

In early January 2020, he and his wife, Karrie, made the 700-mile drive from their home in Richmond, Rhode Island to Cleveland, Ohio, where Brian was scheduled for an initial consultation with the liver transplant team, as well as his regular appointment with Dr. Turowski to check on his lungs.

They wouldn’t return home for months. Seeing that the hemochromatosis was affecting his lungs, as well, Dr. Turowski insisted Brian be admitted to Cleveland Clinic to stabilize and further assess his condition. “He took one look at me and said, ‘Brian, you don’t look well, and we’re going to admit you,” states Brian. “He’s saved my life twice now.”

During his stay in the hospital, Brian was accepted into both the liver and kidney transplant programs, and put on the list for a donor. Upon discharge, he and Karrie decided to stay in Cleveland, setting up residence in a hotel nearby, waiting for organs from a deceased donor.

“I was worried the program might shut down from the coronavirus, and that just added to my angst,” says Brian.

Finally, in early April, eager to get home to their children, Matthew, age 20, and Lauren, an 18-year-old about to graduate from high school, the couple made the long trip drive back to Rhode Island. Home for two-and-a-half weeks, four days of which were spent in a hospital treating a related condition (encephalopathy), Brian suddenly got the call he had been hoping for –a deceased donor was found, and the individual’s kidney and liver were a perfect match. Less than 24 hours after the call, Brian and Karrie were back in Cleveland. 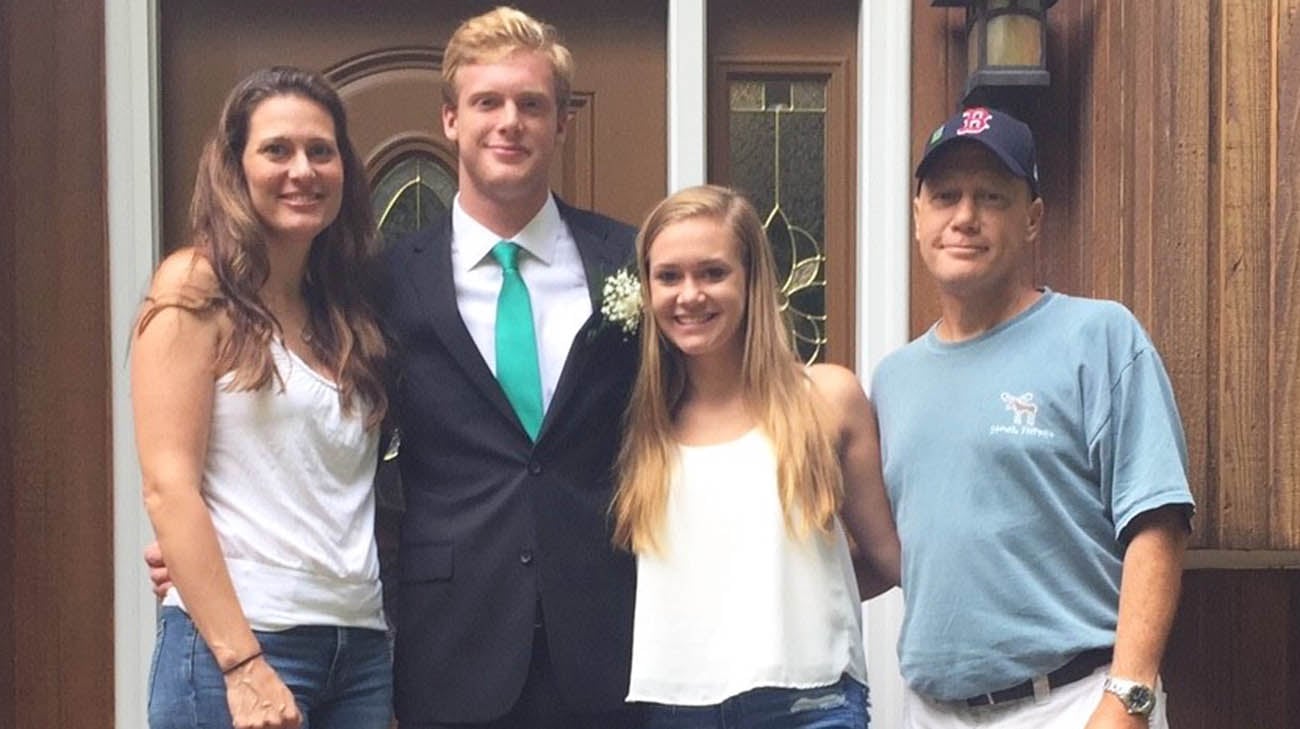 The 11-hour liver transplant surgery began in the afternoon on April 21, 2020, with a team led by Koji Hashimoto, MD, PhD. The next morning, Brian underwent the three-hour kidney transplant, led by David Goldfarb, MD. Both operations were successful, thanks to the coordinated efforts of each transplant team, and ongoing consultation from Dr. Turowski.

“This was true multidisciplinary patient management, which is necessary when a patient has many complex medical and surgical issues,” explains Dr. Hashimoto, who is director of the living donor liver transplantation program. “But I am always amazed to see how transplant patients like Brian recover from organ failure. Their well-being fuels me every day.”

Adds Dr. Goldfarb, “We have unique expertise (working) with the liver transplant team. As long as you can have proper coordination, things can turn out well. Brian had a lot of medical issues, but he was remarkably resilient.” 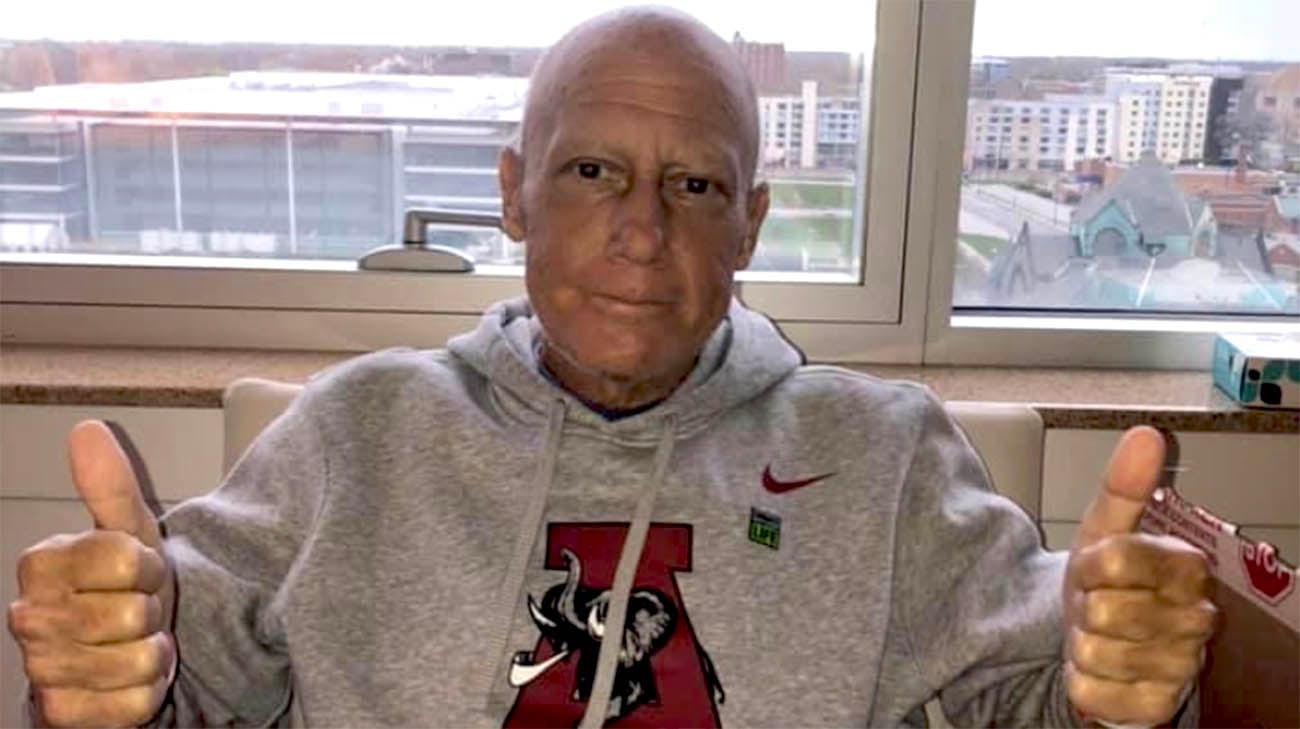 Just eight days after the surgeries, Brian was discharged, and a few weeks later headed home again. He has been recovering and trying to regain some of the 35 pounds he lost during his most recent ordeal. He’s also redoubling his efforts to be both an advocate for organ donation and a mentor to patients awaiting transplant.

“I really believe my purpose in life is to promote organ donation and give back by helping people on the organ waiting list.” Brian emphasizes. “I’m so happy to be alive!”