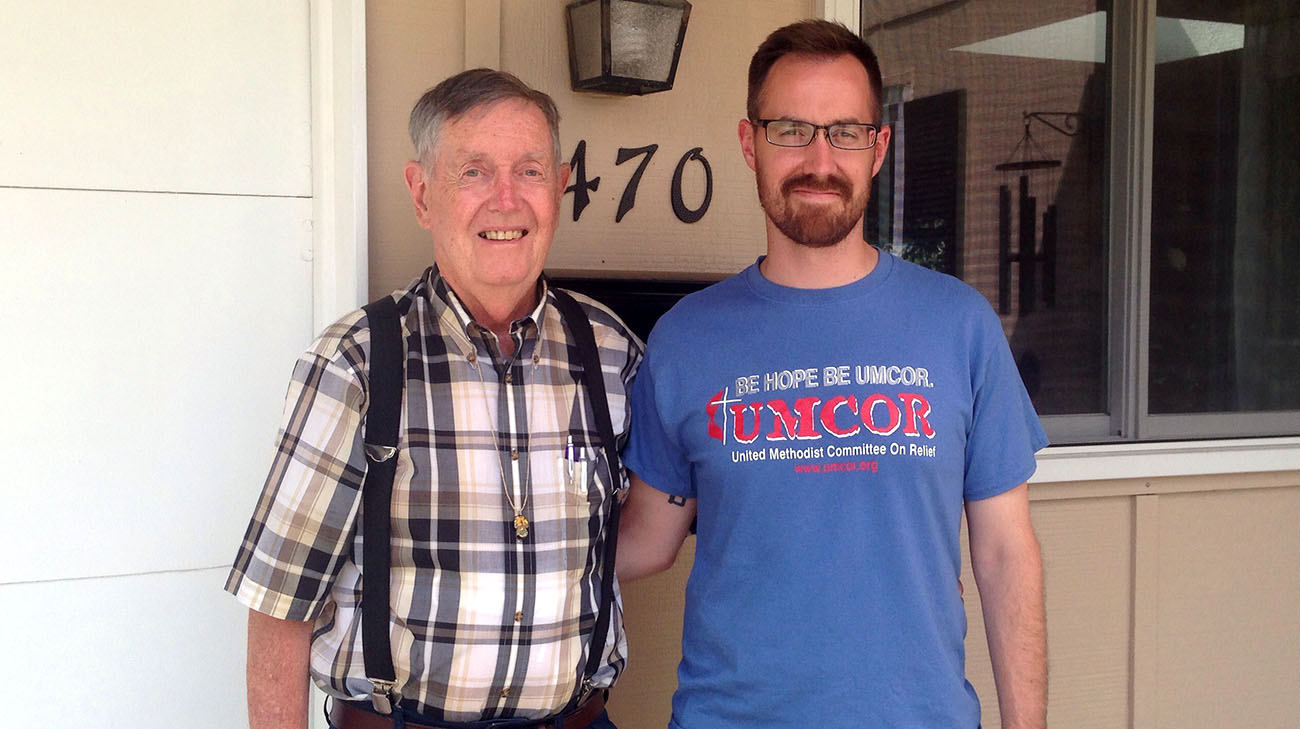 Although John Howe is 74 years old, he likes to joke that his kidney is just half that age. However, he’s not kidding. On February 20, the retired social worker from Jefferson received a transplant of a kidney donated by his 37-year-old son, Rev. Dr. Nathan Howe, who is pastor of the United Methodist Church of Berea. 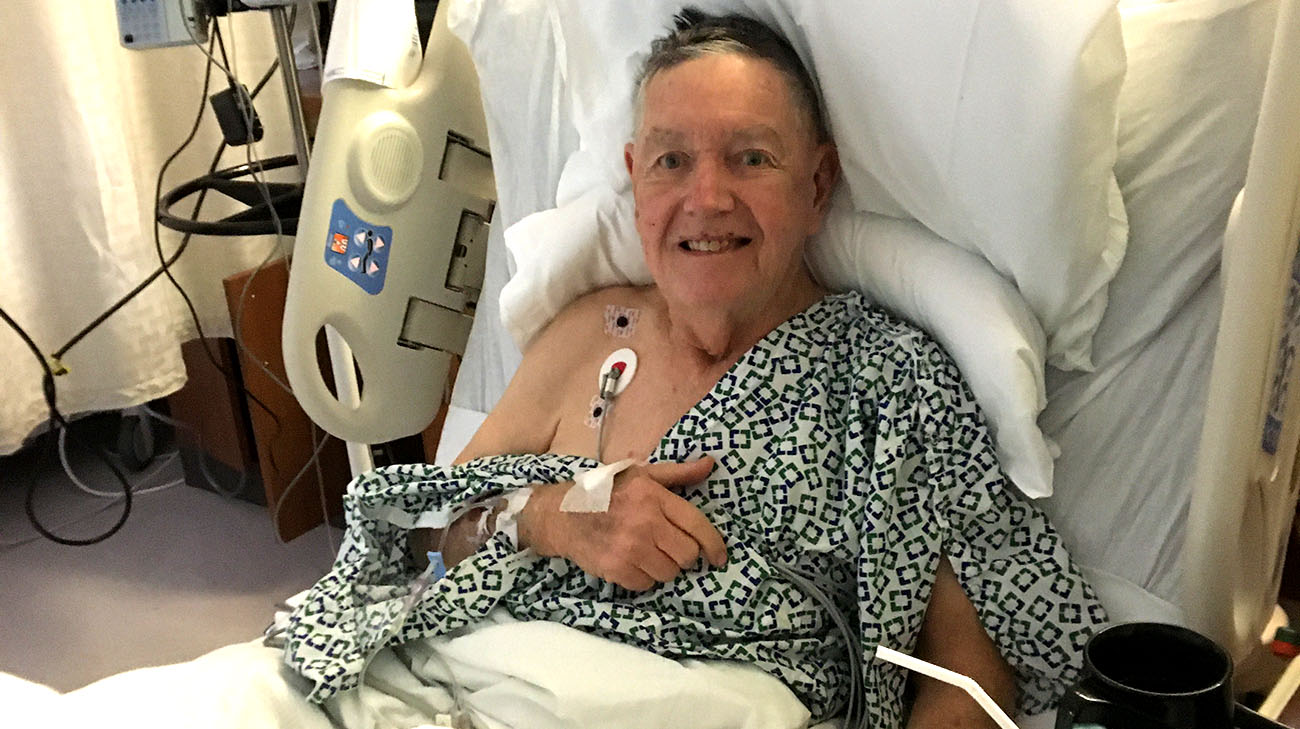 John Howe received a kidney from his son on February 20, 2020 at Cleveland Clinic. (Courtesy: Nathan Howe)

“It’s an amazing, life-changing gift Nathan has given me,” says John, who expects to spend Father’s Day afternoon “social distancing” with Nathan, older son Evan, who is a family doctor in Jefferson, and their families. “Honestly, it’s a story of God’s grace. I have so many things to be thankful for throughout this whole journey.”

It’s a journey that began 12 years ago. Suffering from a minor back strain, John visited his physician, who performed some tests. One revealed an unrelated condition: the presence of cysts on his kidneys. Further testing determined John had polycystic kidney disease (PKD), a genetic disorder that causes fluid-filled cysts to grow in a patient’s kidneys. While John had no other symptoms at the time, PKD often leads to reduced kidney function and, ultimately, failure.

For years, John’s local nephrologist monitored his condition, and – slowly – his kidney function declined. Ultimately, John began receiving peritoneal dialysis, a form of treatment that gives  patients more independence than conventional dialysis because it can be performed at home, while sleeping. However, a lot of time is spent on it every single day.

John was also added to the kidney donor waiting list. He expected the wait to be long, because he only requested a kidney from a deceased donor.

“At the time, I had a misunderstanding about the amount of trauma and length of recovery of a living donor,” he recalls. “I felt it’s such a big gift to ask of somebody, and I didn’t want anyone to go through harm.”

However, limiting one’s options to just non-living donors can significantly add to the wait time. According to statistics from the United Network of Organ Sharing (UNOS), nearly 100,000 people are on the kidney transplant waiting list in the U.S. Many recipients wait five years or more before getting a kidney; other patients die from their condition without having the opportunity for a transplant. 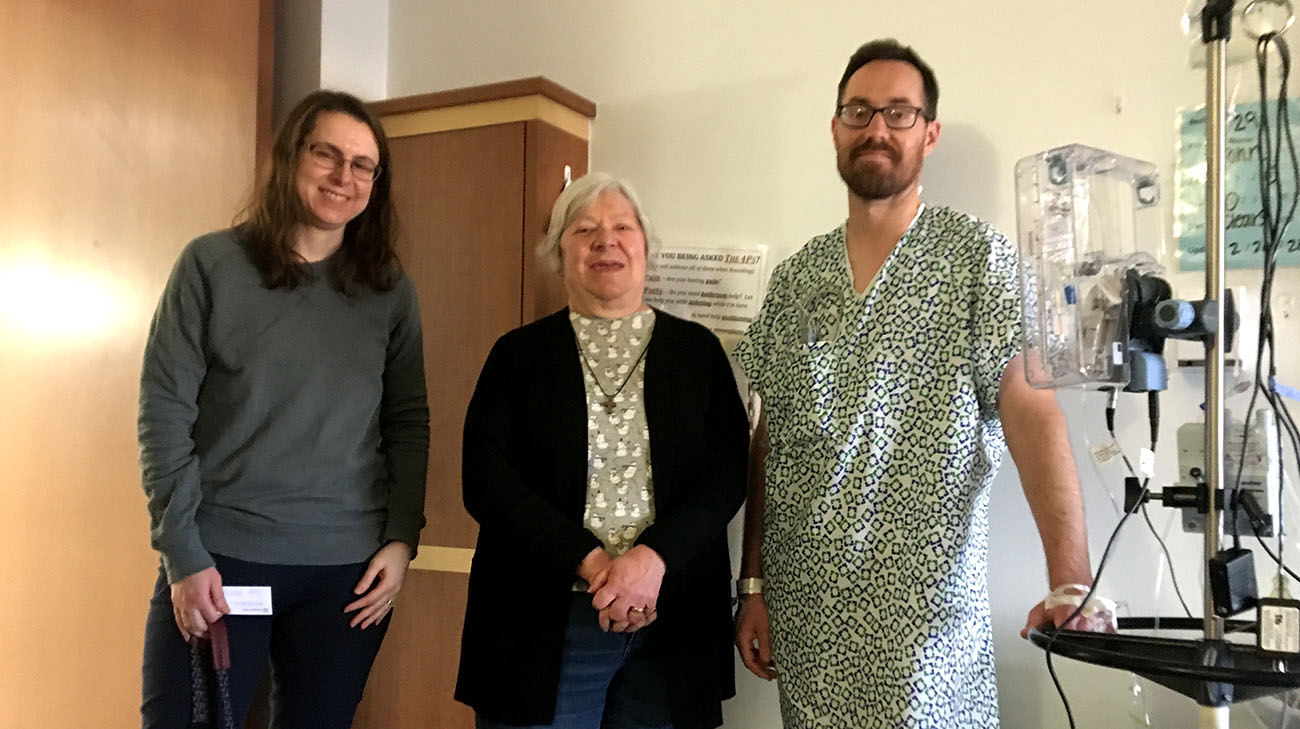 Nathan didn't tell his father he was going through testing to see if he'd be a match. (Courtesy: Nathan Howe)

Nathan recalls urging his father to consider a living donor, and said he was willing to donate his own kidney if they were found to be a match, as family members often are. But John wouldn’t hear of it.

“Dad set an example for me about the value of being of service to other people,” says Nathan. “But he was concerned about me – or anyone else – giving up an organ. I was ready, but he needed to be convinced that donating a kidney isn’t as much of a hardship as he had thought.”

John’s mind changed after a seminar on living donors conducted by Cleveland Clinic Living Donor team in collaboration with the National Kidney Foundation. Recalls John, “When I decided to go for a living donor, I put out an ask on Facebook and in emails, and I got several responses. But I still didn’t want Nathan to give me a kidney.”

Nevertheless, Nathan decided to go through the donor evaluation process unbeknownst to his father, and discovered that he was indeed a healthy match. So, just before Christmas 2019, Nathan revealed the good news to his dad, saying “I’m your donor, if you want me.”

“I can sense the reluctance that John felt that this gift of life is coming from his son, since, like John I am a father too," said Dr. Wee, surgical director of Cleveland Clinic's Kidney Transplant Program. "It is in a father’s nature that they always want to give than to receive. But we should never discount the love of our children, and should always cherish the things that they are willing to do for us."

Once Nathan’s kidney was removed, Dr. Wee performed the surgery to transplant it into John. Even that procedure, John says, was relatively trauma-free; he and Nathan spent just two nights in the hospital.

“My incision is maybe six to seven inches long, and now it’s barely visible. They just stuck that thing in there, somehow,” John said with a laugh. 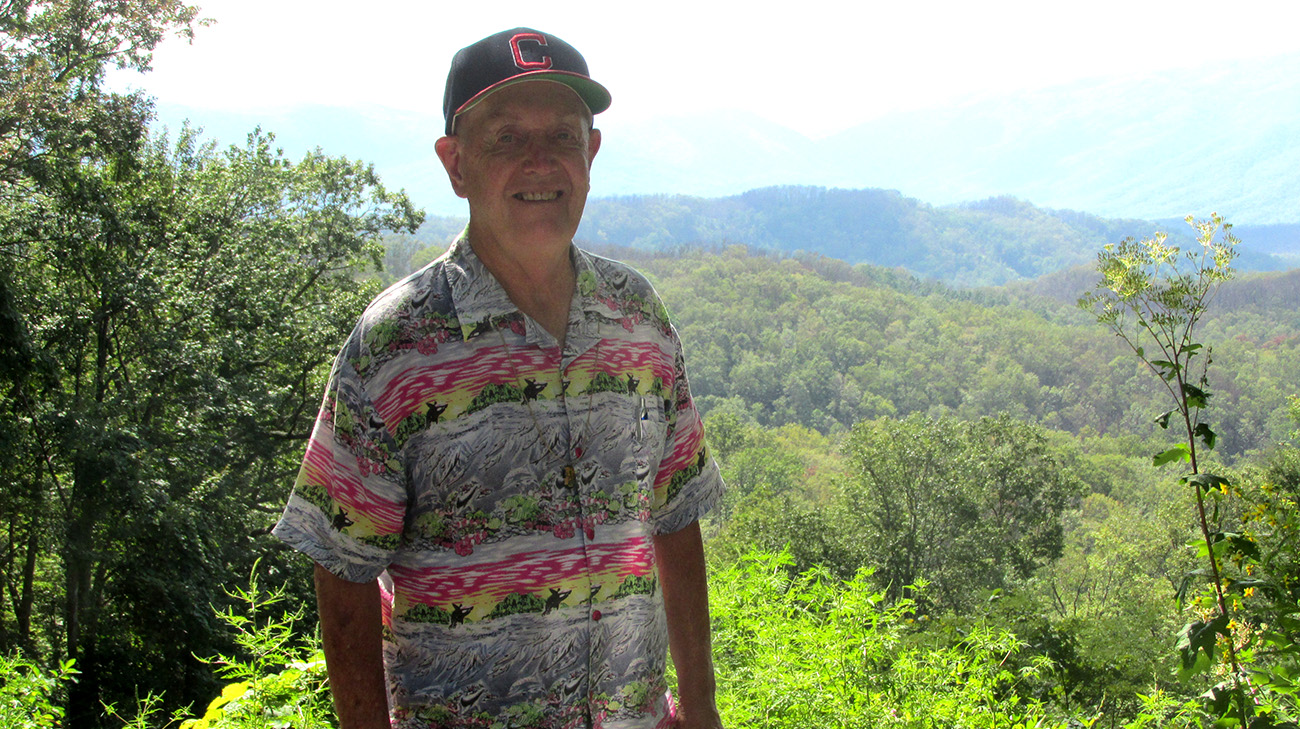 While John is continuing to regain his strength, he noticed immediate improvements in his health following the surgery: a much-improved urine flow, and the complete disappearance of skin itching that was caused by excess phosphorus in his system, a frequent side-effect of PKD.

Nathan was back to pastoring his congregation in less than three weeks, and would strongly advocate that anyone consider being a living organ donor.

“I would really encourage anyone to explore doing it, whether it’s for a family member or someone else,” Nathan explains. “From my experience, the impact on my health has been negligible – and you can really have a positive impact on the life of another person.”

Note: These photos were taken before the COVID-19 pandemic. We now follow protocols (including social distancing and masking) to protect our patients and caregivers.